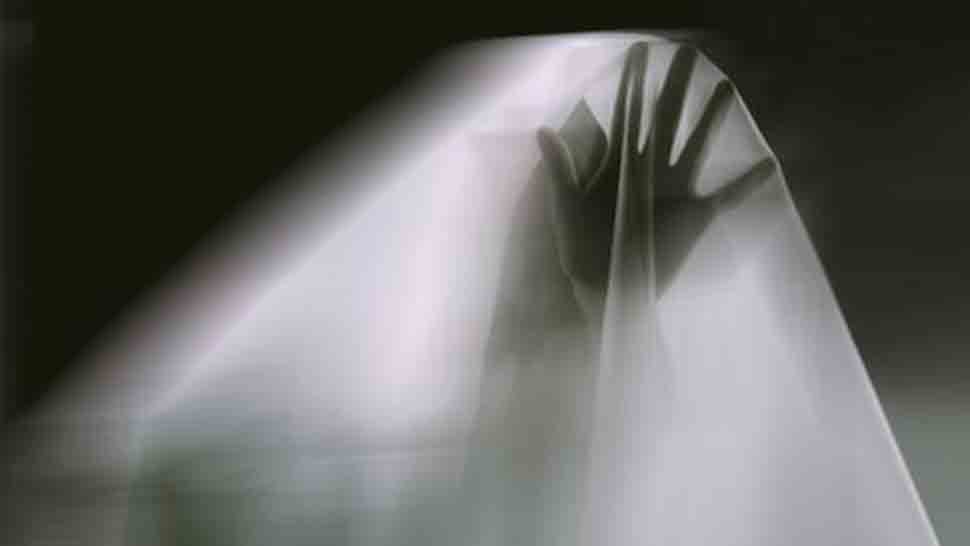 When you put down a book by Stephen King, or get to the credits of a Hitchcock film, you can breathe a sigh of relief and laugh off what just scared the shit out of you. It's fiction! But true horror stories, ones legitimized through respected news organizations, are harder to disconnect from. They happened... and could happen to anyone. Suddenly we're not safe. The real world is more terrifying than anything we can make up. Here are five that continue to creep us out:

1| The Death of Elisa Lam

Elisa Lam was last seen on January 31, 2013 in the lobby of the Cecil Hotel in downtown Los Angeles. She was vacationing through the West Coast, documenting the trip on her blog, and checking in with her parents every day. On January 31 those calls stopped. Lam had vanished. Soon the police were involved and her parents arrived to help with the search.

They had nothing. That February, LAPD released elevator surveillance footage of Lam before her disappearance. The footage shows Lam behaving strangely in the elevator, appearing to talk with invisible people, peering around the corner of the door, crouching in the corner, and opening and closing the door. But what exactly is going on in this video raises more questions than answers. Theories range from psychotic episodes, to demonic possession, to unknown assailants just out of the camera's view:

"The shower was awful," said Sabina Baugh, who spent eight days there during the investigation. "When you turned the tap on, the water was coming black first for two seconds and then it was going back to normal."

The tap water "tasted horrible," Baugh said. "It had a very funny, sweety, disgusting taste. It's a very strange taste. I can barely describe it." But for a week, they never complained. "We never thought anything of it," she said. "We thought it was just the way it was here."

On the morning of February 19, a hotel employee climbed to the roof and used a ladder to investigate the hotel's water storage tanks. That's where authorities found the decomposing, naked body of Lam, whose personal items were found nearby. After an autopsy, her death was labeled accidental. NBC Los Angeles reported at the time about the strange circumstances in the hotel's past:

The tank has a metal latch that can be opened, but authorities said access to the roof is secured with an alarm and lock.

The single-room-occupancy hotel has an unusual history. "Night Stalker" Richard Ramirez, who was found guilty of 14 slayings in the 1980s, lived on the 14th floor for several months in 1985. And international serial killer Jack Unterweger is suspected of murdering three prostitutes during the time he lived there in 1991. He killed himself in jail in 1994.

In 1962, a female occupant jumped out of one the hotel's windows, killing herself and a pedestrian on whom she landed.

2| An Exorcism in Indianapolis

In 2014, the Indianapolis Star published a lengthy report on a family terrorized by three children allegedly possessed by demons. The account of Latoya Ammons and her family tells disturbing stories of children climbing up the walls, getting thrown across rooms, and children threatening doctors in deep unnatural voices. It would seem like something straight out of a movie–a work of fantasy, except all of these accounts were more or less corroborated with "nearly 800 pages of official records obtained by the Indianapolis Star and recounted in more than a dozen interviews with police, DCS personnel, psychologists, family members and a Catholic priest."

One of the more chilling sections of the report includes a segment about the possessed 9-year-old:

"According to Washington's original DCS report—an account corroborated by Walker, the nurse—the 9-year-old had a "weird grin" and walked backward up a wall to the ceiling. He then flipped over Campbell, landing on his feet. He never let go of his grandmother's hand."

Another segment of the piece reads:

"The 12-year-old would later tell mental health professionals that she sometimes felt as if she were being choked and held down so she couldn't speak or move. She said she heard a voice say she'd never see her family again and wouldn't live another 20 minutes."

In September of 2014, a Utah teen returned to his home to find his parents and three siblings dead. "In a notebook, a 'to-do list' had been scribbled on the pages ... The list looked as if the parents were readying to go on vacation—items such as 'feed the pets' and 'find someone to watch after the house' were written," The Salt Lake Tribune reported. It appeared to be murder-suicide, but there was no suicide note, no prior indication that they would do this, no explanation. Police could not figure out why two parents would kill themselves and three of their four children.

For a year, no one knew exactly what happened to the family, or what would drive the parents to do something so unthinkable. In January, police released more chilling details in the case. According to accounts from family members and an investigation by police, the parents were driven by a belief that the apocalypse was coming and an obsession with a convicted killer. As the Washington Post reported:

"Friends and family told police that the parents were worried about the "evil in the world" and wanted to escape a "pending apocalypse." But most assumed they just wanted to move somewhere "off the grid." Investigators also found letters written by Kristi Strack to one of the state's most infamous convicted killers, Dan Lafferty, who was convicted in the 1984 fatal stabbing of his sister-in-law and her 1-year-old daughter. According to trial testimony, he killed the victims at the order of his brother, Ron Lafferty, who claimed to have had a revelation from God. The story became a book called "Under the Banner of Heaven." Police said Kristi Strack became friends with Dan Lafferty, and she and her husband even visited him in prison."

In 2007, ABC news documented a series of cell phone calls to families with terrifyingly specific death threats. The unidentified callers knew exactly what families were doing and what they were wearing.

The families say the calls come in at all hours of the night, threatening to kill their children, their pets and grandparents. Voice mails arrive, playing recordings of their private conversations, including one with a local police detective.

The caller knows, the families said, what they're wearing and what they're doing. And after months of investigating, police seem powerless to stop them.

This went on with the Kuykenall family for months, who reported a caller with a scratchy voice threatening to slit their throats.

When the Fircrest, Wash., police tried to find the culprit, the calls were traced back to the Kuykendalls' own phones—even when they were turned off.

It got worse. The Kuykendalls and two other Fircrest families told ABC News that they believe the callers are using their cell phones to spy on them. They say the hackers know their every move: where they are, what they're doing and what they're wearing. The callers have recorded private conversations, the families and police said, including a meeting with a local detective.

After moving into their $1.3 million dream home, a New Jersey family started receiving creepy death threats from someone who identified themselves as "The Watcher." As CBS News reported earlier this year:

Since moving in, the owners said they have received numerous letters from the mysterious person. "The Watcher" claimed the home "has been the subject of my family for decades," and "I have been put in charge of watching and waiting for its second coming," Castro reported.

The new owners have several children, and other letters asked, "Have they found out what's in the walls yet?" and "I am pleased to know your names now, and the name of the young blood you have brought to me."

The family was forced to flee from their home and later filed a lawsuit against the previous owners. 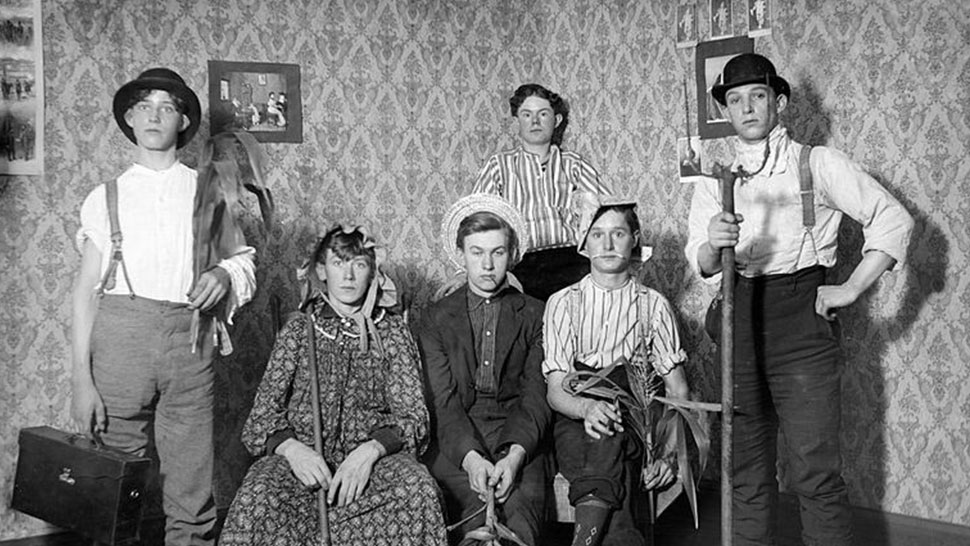 How To Do Halloween As A Grown-Up Man 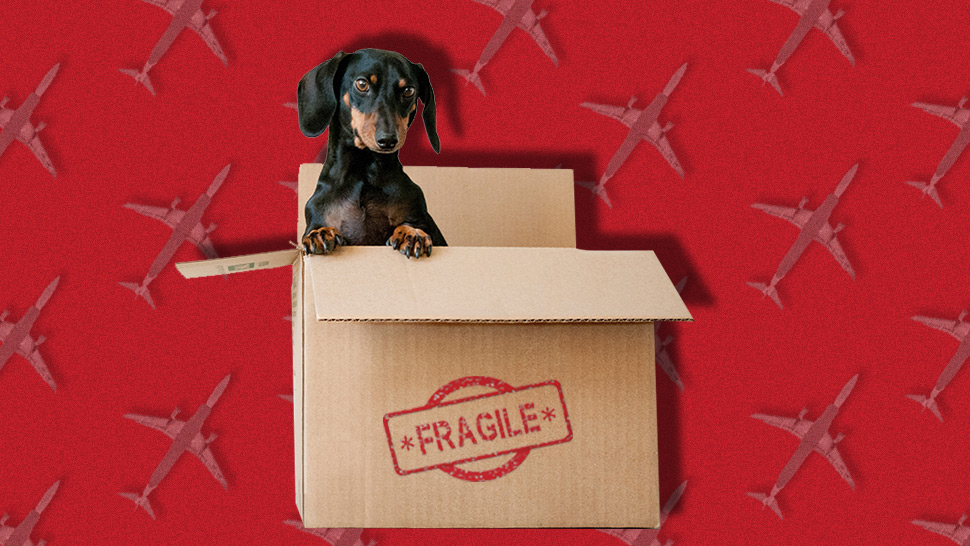 Moving Abroad? Here’s How to Bring Your Pets With You
All Photos
Comments
View As List