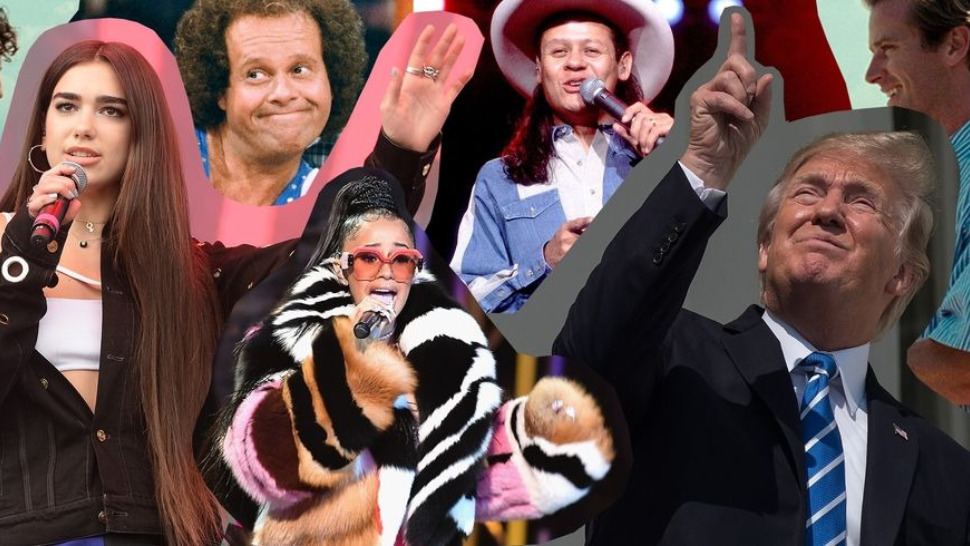 Can you believe this year was only 365 days long? 2017 was a real non-stop gut-punch of a year: cruel, dispiriting, petty, violent, and callous. Our heroes died, our enemies seized power, and then our heroes who weren't dead turned out to be sex creeps. It was the first full year in which Prince was not alive, and boy could you feel it: The year was almost entirely devoid of funk and playfulness. But it wasn’t a total disaster. As always, a few pin-pricks in the black canvas allowed the light to shine through. Santa did bring us some goodies, he just did a good job hiding them. Here are a few highlights of a dark-ass year.

January’s inauguration was not only the most-watched inauguration both in person and on television, it was also the most cohesive and inspiring. Both statements are equally true! The one truly great part of the show—even better than the 3 Doors Down performance—was the performance by The Piano Guys. They’re four dads from Utah who were tasked with the job of inspiring us all at the dawn of a new presidential administration, and instead sang a song about how the next four years might not be as awful as we’re all fearing. It was either the most vanilla thing that ever happened, or an absolutely expert trolling. It’s a fine line these days. 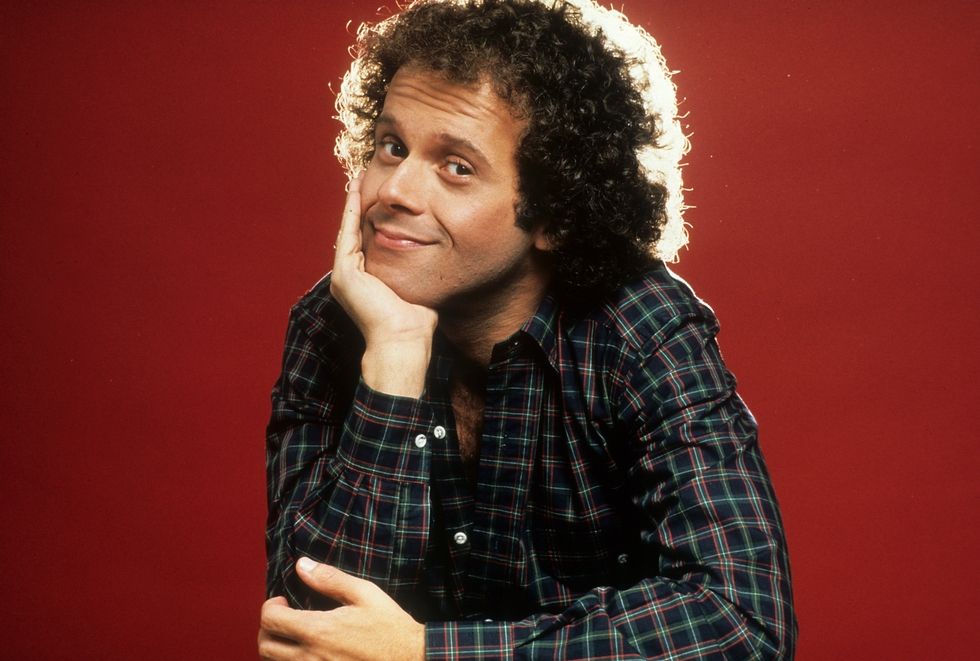 That’s how much 2017 screwed with your perception of time. "Missing Richard Simmons," Dan Taberski's six-episode podcast about the vanishing of Richard Simmons happened this year. This show was entertaining, but was it even ethical? We debated it for about a week back in March, until a fresh outrage took its place, but the question is still worth exploring: does a public person, particularly one who took as active a role in his fans’ health as Simmons did, have the right to simply ghost on us? Does he owe us a goodbye, or do we owe him the chance to disappear?

Whether Taberski did right by his subject or not, "Missing Richard Simmons" was essential listening. Part hagiography, part mystery, part archival audio of Richard Simmons yelling and crying, the show reminded us what an important figure Simmons—who in his personal appearances was only too happy to be the butt of the joke—truly was. He saved lives, and maybe the way we save his is just to let him catch his breath.

Has anyone displayed as much pure, uncut joy this year as the girl in the yellow? This kid seizes her moment like someone who knows she’ll live forever in GIF format. 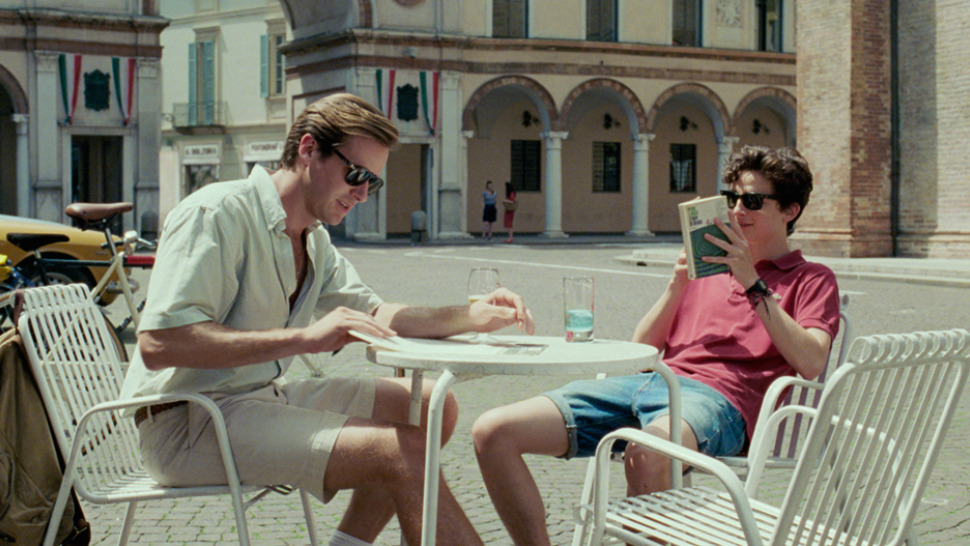 If you are living in a part of the world where this movie has been released, and you are inclined to see it, you already have. If you are not, you are tired of hearing about it. Either way, buy yourself a ticket when you are able. If it's your first viewing, you will see a blood-pressure-lowering, beautifully photographed film about first love among gorgeous people in Northern Italy. You will be swept away by The Peach, and by The Speech.

But the second time through, you will notice the fresh produce, the fact that every character picks their snacks off a tree, or out of a fresh-water stream. There is not a single can or bag, not a single recognizable logo beyond an Izod alligator. (Maybe a few bottles of Stella Artois, which, in film as in life, are always welcome.)

This whole languid, long-lunch European lifestyle is as seductive as Armie Hammer dancing to the Psychedelic Furs. Let it wash over you. Drape yourself across your beautiful, multi-lingual group of friends in a palazzo living room. Seek out Euro-hipsters in town squares and crash their car-stereo dance parties. Wear short shorts and oversized button-downs next summer.

I have pleaded my case on our new international pop princess, so I won’t belabor it, but I’m glad America is beginning to catch on. “New Rules” is top-15 in Billboard, she’s on her first solo tour now, and she’s still too new to have any tiresome beefs with other pop stars. Twenty-eighteen will be her year. Just wait until they re-release “Be The One.”

At the other end of the musical spectrum is Neal McCoy’s not-at-all opportunistic jingo jam. It’s this year’s “Okie From Muskogee,” a song for those who found “Courtesy of the Red, White and Blue (The Angry American)” too delicate. It is almost as cynical as the talk-radio and cable-TV screamers who ginned this whole outrage up in the first place. So why is it good? Because of the title, which gave the world a joke format that Will Get Old My Ass (It Will Never Get Old).

We all instinctively understand the unspoken rules that guests of talk shows must follow: plug a project, name-drop a more famous co-star or friend, pander to the audience until it surrenders its applause, etc. Guy Branum has been making those rules explicit and strict in his long-running stage show, which Tru-TV gloriously brought to television this year. Branum is the most mischievous gay genius this side of a Shondaland production, the judging table puts American treasure Karen Kilgariff on our screens once a week, and the whole thing is a joyous tribute to the television camp of our youth. Plus, the structure allows guests to relax into their roles and be deliberately, proudly phony, which is what we should demand from our celebrities.

It’s a win all around. Really, I’m just plugging my appearance in the next season, which premieres in February, because it is never too early to put points on the board. Lose My Ass (I Won’t Lose).

isnt rick and morty that thing you get when you die and your body gets all stiff
— common sad girl (@sadgirlkms) December 10, 2017

You're thinking of rigor mortis. Rick and morty is when you get trolled into watching "never gonna give you up"
— u???? (@PokeTrainer7) December 11, 2017

That’s rigatoni. Rick and Morty is the study of rheumatism, arthritis, and other disorders of the joints, muscles, and ligaments.
— madison (@mtaucoin) December 11, 2017

A reminder that, even as Twitter becomes more of a churning cesspool of angry opinions and death threats, it can still be pretty fun when we allow it to be. (Read the whole thread here.)

9| Actual Human Compassion
Greed, selfishness and cruelty had a big year in 2017, but a few good people decided to be the answers to all those thoughts and prayers, and actually do some helping. Check out this newscaster actually rescuing some desperate Houstonians on live television.

“We’re coming to get you!“: KTRK reporter Jeff Ehling jumped from a boat to rescue a couple from their flooded home
— CNN (@CNN) August 29, 2017 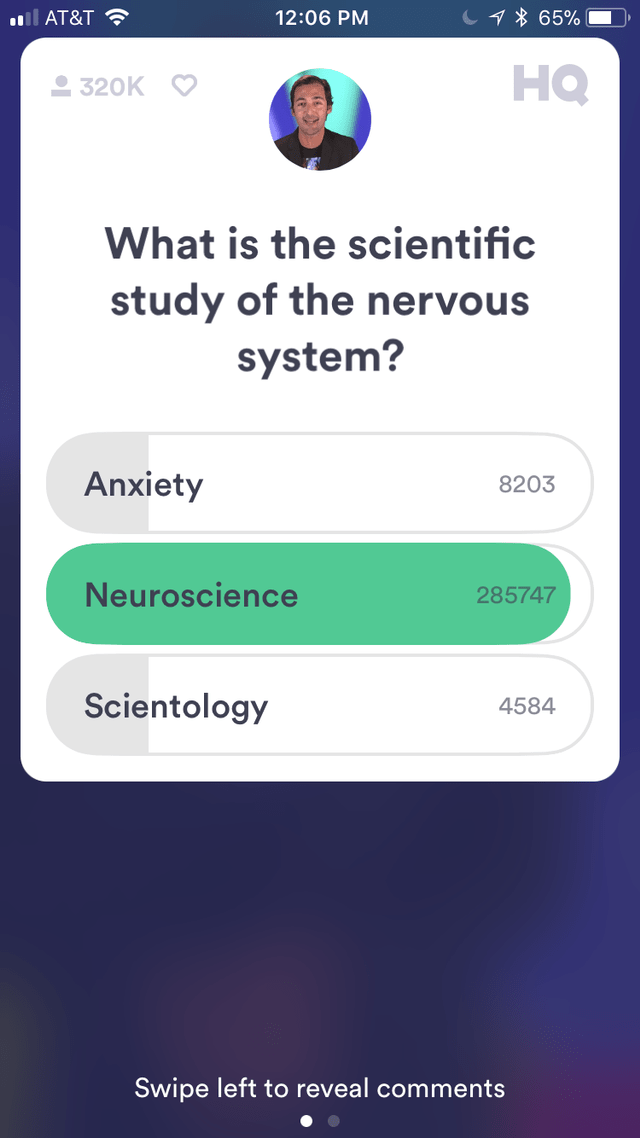 Each day at 3 and 9 p.m. Eastern, my world stops. I turn my back on family, friends or work, and I play this frustrating 15-minute trivia game. It’s an iPhone app (coming soon to Android) in which strangely-charismatic host Scott Rogowsky (The Semitic Sajak! The Trap Trebek!) asks 12 questions of increasing difficulty, and whoever’s standing at the end splits actual prize money. It’s glitchy, but it’s worth it for a couple of important reasons:

1. If you’re like me, you’re beginning to factor projected future HQ winnings into your monthly budget, and

2. It’s fun to watch those first three gimme questions actually knock about a third of the players out.

Behold this one, in which we learned that 8203 human beings with the ability to operate an iPhone think the scientific study of the nervous system is called “anxiety.”

11| This Picture Of Trump Staring Directly At The Solar Eclipse 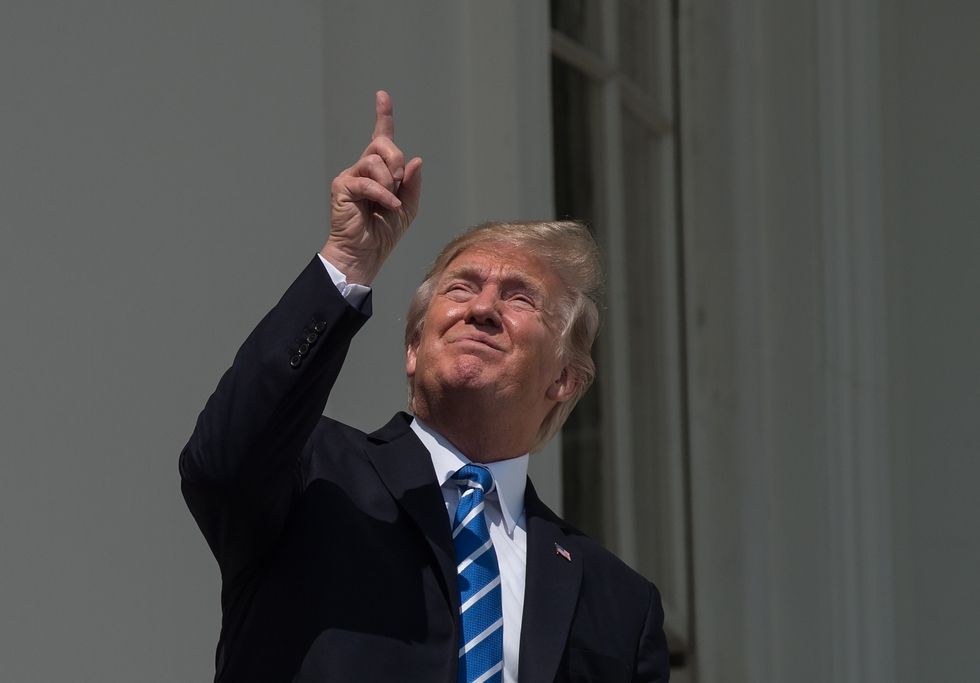 Specifically, the fact that literally everyone in America made a joke that the president would stare directly at the solar eclipse, and then he did it.

Like most older people, I didn’t quite know what to make of Cardi B’s ubiquitous breakout single, because like most older people, I overthought it. What does it mean? I asked myself. What does it represent? And then I saw this impromptu Fame-style group dance break out in a New York City subway station— among the grimmest places to be in this grim year— and the truth stared me in the face: “Bodak Yellow" is a pop song, and as such is meant to spark joy in young people. That’s all we need to know. The kids, and the one old guy with the vintage breakdance moves, are alright.

13| Remembering That We Are Human Beings, And As Such Are Capable Of Dignity, Beauty, Empathy and Resilience.

We have had a tough year, my friends. We enter this holiday season bruised and exhausted. It would be weird if we didn’t. But let's carve out some time in the next couple of weeks for self-care. Relax with family and with old friends. Extend some kindness in secret, and accept some kindness without looking for the catch. Rest, recuperate and reboot. And then bust 2018's door down.

This story originally appeared on Esquire.com. Minor edits have been made by the editors of Esquire Philippines.