Manila Bay: From Romantic Date Spot to a Cesspool That Needs Help

A site of battles and in more peaceful times, a location of leisure 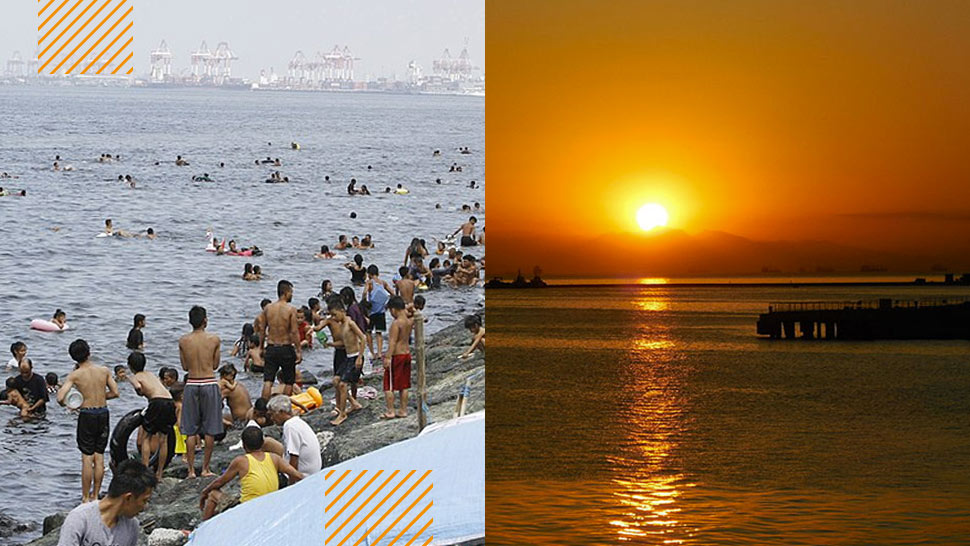 The Manila Bay used to be an integral part of the country’s capital, serving both as a strategic advantage during times of war and as a scenic view during more peaceful times. With an area of almost 770 square miles and a coastline of 118 miles, Manila Bay was also home to a biodiverse system, with upland forests, a mangrove, mudflats, coral reefs, and more.

But that picturesque esplanade is long gone, becoming a health hazard when the Department of Energy reported an alarming average of 330 million MPN (most probable number) of fecal coliform in its river mouths. The baseline level is 100 MPN.

How did Manila Bay devolve into the cesspool of bacteria and harmful substances it is now when only a few short decades ago, Manileños used to swim in its sparkly waters? How did it get so bad that we now need the government to rehabilitate it?

There is evidence that almost 3,000 years ago, Manila was connected to Laguna de Bay, once a much bigger body of water. Scientists have theorized that recurring movements along the West Marikina Valley Fault separated it into two, with only the Pasig River connecting both bays.

Even before Spain colonized the Philippines and introduced the islands to the Galleon trade, Manila Bay was used as a port for trade and commerce between the natives of Manila and the neighboring countries. The areas of Tondo and Intramuros, for example, became the central hubs for commerce between the Kingdom of Manila and merchants from China, Java, Sumatra, and even some Arab countries. Its strategic location made it a preferred trading point. 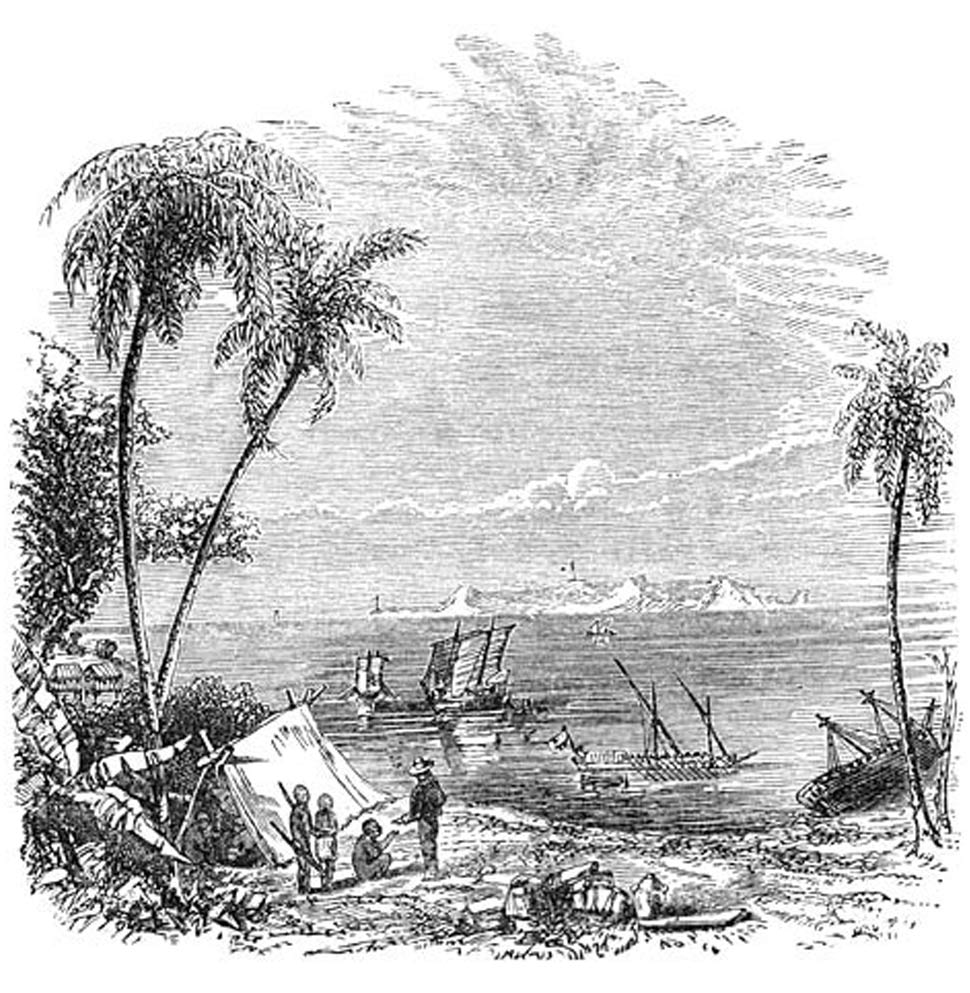 Manila Bay continued to play a commercial role during the Spanish occupation, but it became more famous for the famous battles fought in its usually calm waters, like the Battles of La Naval de Manila and Battle of Manila Bay.

In 1646, during the Eighty Years’ War, the Dutch Republic tried to invade Manila. Five naval battles were fought at the bay but all were unsuccessful. The Spanish forces, which included many Kapampangan volunteers, neutralized a Dutch fleet of nineteen warships. Spain only had three Galleon ships and four brigantines.

On April 9, 1652, the Archdiocese of Manila officially declared the victory a miracle after a canonical investigation. The Spanish and Filipino forces apparently prayed to Our Lady of La Naval before the battle and until now the supposed miracle is celebrated.

The Battle of Manila Bay between Spain and the United States was fought over 200 years later on May 1, 1898. It took the Americans only two hours to decimate most of the out-of-date Spanish ships, at the command of Commodore George Dewey. Though their fleet only had seven ships, they were mechanically superior and able to fire from more than 5,000 yards away. Four hundred Spanish sailors were killed and 10 Spanish warships were sunk, but only six American soldiers were wounded. The latter's victory paved the way for the U.S. to occupy Manila.

The battle, including negotiations between the two parties, lasted from five in the morning until half past noon.

Years later, Manila Bay played another role, this time in liberating Manila from the Japanese at the end of the second World War. The U.S. forces wanted to reopen Manila Bay and they took back Corregidor from the Japanese to do this. Hundreds of thousands of lives were lost.

In peacetime, the bay served as an area of leisure for the more affluent members of Manila society. One example is the prestigious Manila Boat Club, which was founded in 1895. The location of the club moved four times but found its permanent home along Manila Bay in 1938. Activities stopped in 1941, at the break of the war; and the war itself did not spare the club's boats and facilities: its roof was blown away and its equipment vanished. It cost the club P20,000 and five years to return to form.

Manila Bay remained a favorite playground of boat enthusiasts, with even the Manila Yacht Club using the area since 1927.

As Manila continued to modernize after the war and more people moved into the metropolis, citizens sought Manila Bay as the venue for R&R, treating it akin to a beach.

In the 1950s and '60s, the Manila Bay strip rivaled the North Shore Drive in Chicago and the Bund in Shanghai. Matorco double deckers traveled this route to go from Luneta to the end of Parañaque and vice versa. 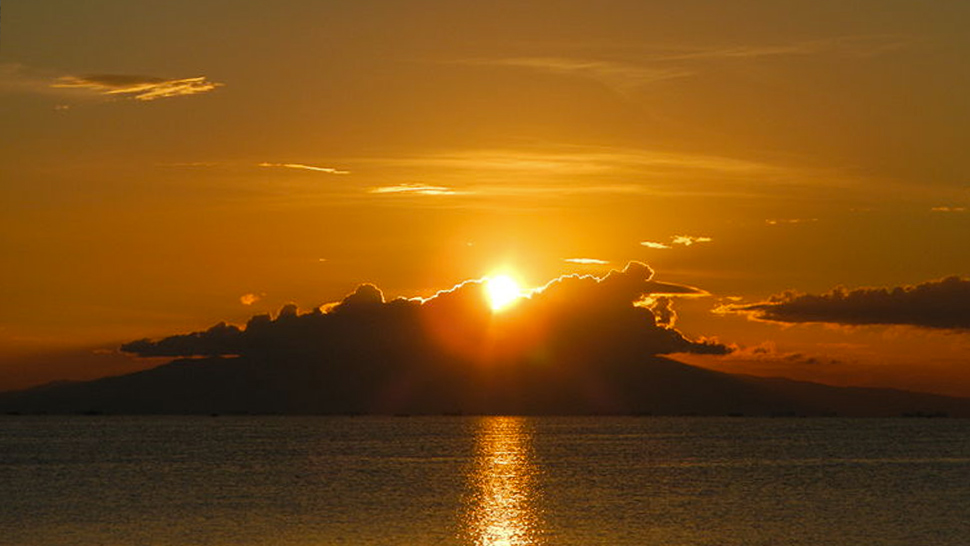 The strip came alive at night with the wide array of restaurants, night clubs, and cocktail lounges that also offered great views of the moonlit bay. The Parañaque side offered Filipino restaurants and even Hawaiian restaurants called the Luau and Hawaiian Eye. The Pasay and Manila side had mostly Spanish and European restaurants. A decent lunch or dinner cost around $2.50 at that time.

Jazz and live entertainment were also a staple at night clubs and hotels that lined the strip and nearby areas. They included the Bayside, Shellborne Arms, Aloha, Filipinas Hotel, and the Sheraton. The latter, which was designed by National Artist for Architecture Leandro V. Locsin, was the most expensive and best-designed hotel in Asia. It housed the Calesa Bar, which was the launching pad of lounge singers and artists in the ‘60s.

Stories of people swimming in Manila Bay were common in the 1960s and '70s. Vendors even installed food carts along Dewey Boulevard (now Roxas Boulevard). One of them eventually became the iconic Aristocrat.

Manila Bay's continued commercialization, however, came at a price.

Manila Bay's thriving atmosphere was a beacon of opportunity, but there unfortunately, there wasn't enough. Impoverished dreamers settled in makeshift houses along the bay. The population and pollution took a toll on the bay.

In August 2018, following days of torrential rain, Manila Bay “threw up” 80 tons of garbage which was captured in videos that went viral.

Over the years, the sea wall of Manila Bay has also weakened, which was evident after Typhoon Pedring on September 27, 2011. The sea walls were visibly destroyed by storm surges, flooding the nearby Museo Pambata, U.S. Embassy, and even Sofitel Plaza. Costing around P30 million to repair, the sea walls were opened again to the public a year later. 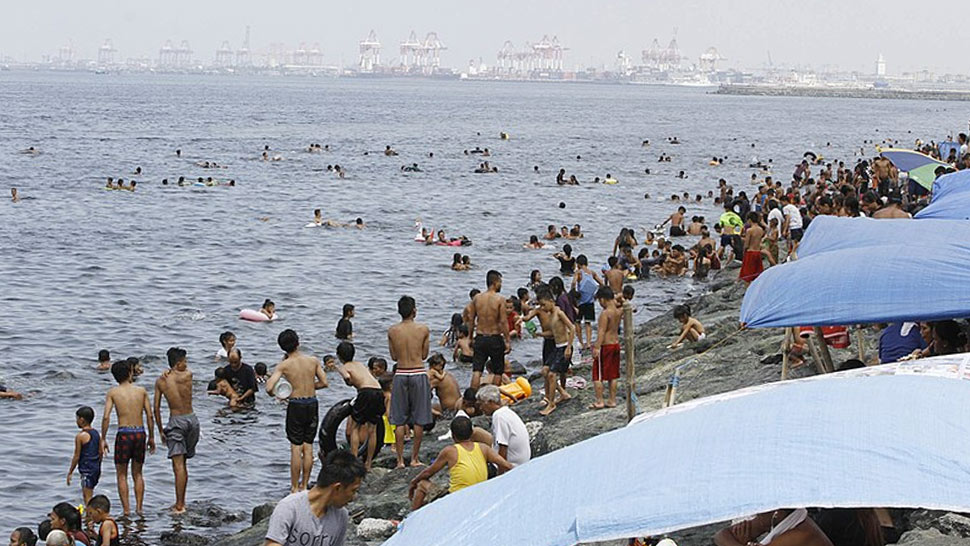 The Department of Environment and Natural Resources (DENR) also recently issued a notice of inspection to as many as 100 businesses suspected of discharging untreated wastewater into the Manila Bay.

A water sampling conducted by DENR revealed that some restaurants, medical facilities, and the zoo leaked massive amounts of wastewater into the bay.

This prompted the government to finally take rehabilitating Manila Bay seriously, starting on January 27, 2019. The rehabilitation will be in three phases, starting with cleaning up the bay and the sewage system, then relocation and infrastructure, and finally, making sure that the law is enforced and cleanliness maintained. If the DENR's "Manila Bay Action Plan" works, the bay will be swimmable again by December 2019.

Only time can tell if the rehabilitation will indeed be sustainable and if companies and the people of Manila itself will start to value the bay that they have taken advantage of for so long.

The Battle of Manila Bay

A Nostalgic Trip Down The Strip

Manila Bay throws back 80 tons of garbage amid weekend rains

Recharge This 2019 by Training Your Body to Get More Sleep

Black Nazarene: The Tale of Traslacion
All Photos
Comments
View As List