'Please take them back, they bring bad luck.' 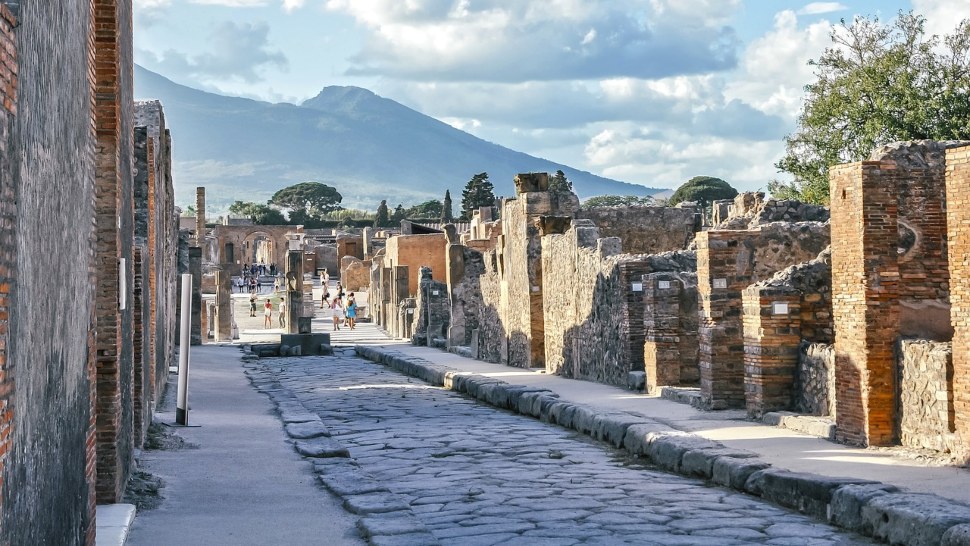 Any avid history buff or action-adventure film fan knows that the one thing you shouldn't do while visiting an ancient site is to take something that isn't yours. That's how curses start, folks. But, that doesn't stop people from doing it.

A Canadian tourist named Nicole reportedly became the victim of a curse after taking relics when she visited the ruins of Pompeii in 2005. Seeing as Mount Vesuvius erupted and covered the city in 79 A.D., Pompeii is as ancient as it gets. Not to mention, it also doubles as a burial ground.

After suffering over a decade of bad luck, including having breast cancer twice and experiencing financial troubles, the tourist sent a package containing mosaic tiles and ceramics back to Italy. The artifacts came along with a note.

"Please take them back, they bring bad luck," she wrote. "I was young and stupid, and I wanted a piece of history that nobody had." The tourist further explained that she believed she stole pieces that had "negative energy" and that the bad luck had played with her and her family.

"We’re good people … I just want to get rid of this curse from myself and my family," she continued. "Please take back these artifacts so that I can do the right thing and correct the mistake I made."

The whole thing isn't exactly new: Pompeii's park officials are sent a volume of stolen artifacts from time to time, so much so that a dedicated museum at the archeological site holds all of them.

Ikea Philippines Will Be Available to Shop Online Ahead of the Store's Opening. Here's Everything You Need to Know
All Photos
Comments
View As List