The British icon is starring in the critically-acclaimed X-Men spin-off Logan. 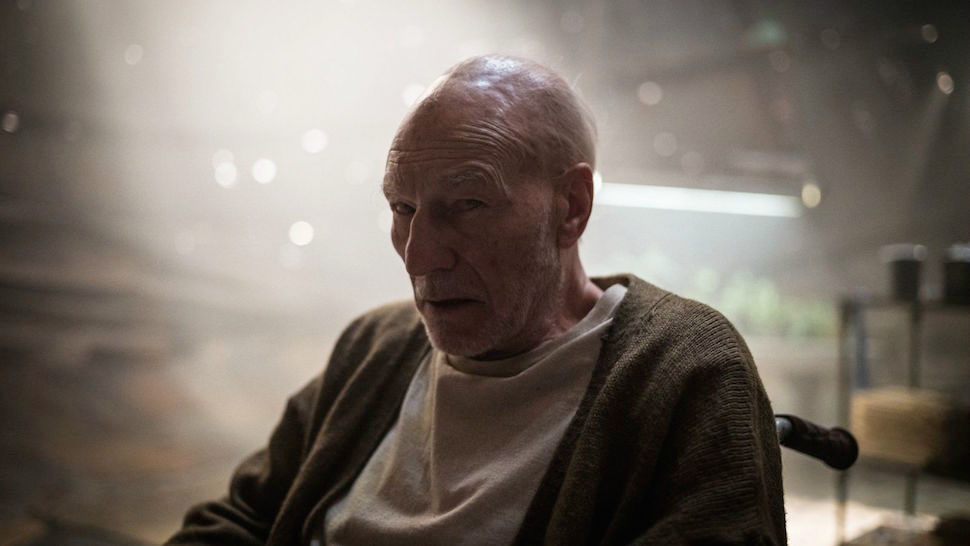 Hearing Patrick Stewart's iconic voice with your own ears has to go down as one of the greatest wonders of the world, even when he's only using it to slag off a hapless taxi driver.

"I had the most calamitous ride from Leicester Square!" he says, standing to shake my hand in a plush Mayfair hotel room. "It took us 50 minutes. I had a wonderful morning, we were on schedule, and then we were fucked. Our driver made choices that were insane!"

At 76 years old, Patrick Stewart has aged the way that every man intends to but few ever will: all booming gravitas, gentlemanly charm and designer wrinkles. He looks a far sight better than he does in upcoming X-Men spin-off Logan, that's for sure, in which he plays a decrepit Professor Charles Xavier in the throes of mental illness.

We asked the British stage and screen legend what it's like to grow old with a character, and witness their demise:

In Logan, we see an older, weaker, mentally fragile Charles Xavier. Did the role make you confront any of your own fears about aging?

I'm reflecting on aging anyway, it didn't take Logan to make me think about that. I think about it everyday. Not all the time. I'm not brooding on it, but I've come to a point where the numbers are against you. Physical things [make me feel old]. You get to an age where you go to the doctor, you tell him how old you are and he just shrugs his shoulders and says: "Oh, is that it?"

I mean, my main problem is my hands don't work very well. But thanks to cannabis they work much better than they used to. Thanks to the law in California now, it's just a spray that I put on.

What happens when you come back over here?

I can't answer that question. 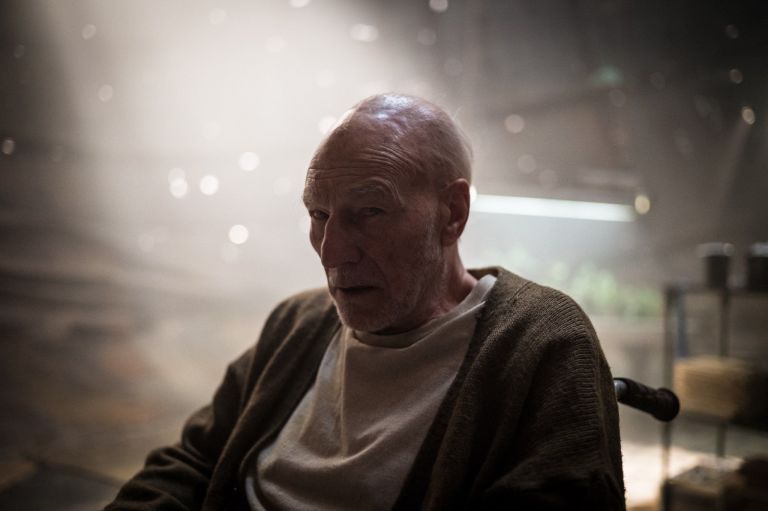 Got it. Xavier also suffers from a degenerative brain disease, which proves pretty dangerous for those closest to him.

This is a man who was calm, compassionate, intellectual, and passionate about the safety of the world at large, and then we find ourselves confronted by this loony; whizzing around in a creaky old wheelchair chanting commercial slogans.

As for me? We all know the potential for [degenerative brain disease] for people over a certain age is very, very real. My wife comes from a family of doctors and they say to me: "Well, by your age, if certain bad things were going to happen to you, they would have happened by now. Or you would be aware of them by now, so you're in the clear." Which is reassuring!

But it must have been a pretty daunting role to play?

It's not turned out to be your typical superhero blockbuster, especially in relation to Logan himself. What's happening to him is so intense, dark and private. And it's got loads of violent action, trains and cars. I think it's terrific, and I'm very proud of it.

For a movie about mutants and a massive bloke with knives for knuckles, it feels poignantly human.

True. And it's about companionship, family, trust, self-sacrifice, putting others first.

The primary objective of the principle characters in this movie is to get to a border and get across to safety, because where they are, their lives are constantly at risk.

I'm sure when the writers began putting together there was no intention to make a political movie, it just so happens we have made one. We've got a guy in the Oval office who wants to slam gates, shut people out, deport people in thousands, and build a huge wall.

Do you feel comfortable sharing your political opinions, given the backlash that has met a lot of outspoken Hollywood celebrities?

It's a little different for me, because I'm not a citizen of the United States. I'm a resident alien, and have been for 28 years. I was one of those who would have been barred under the original terms of that exclusion order. 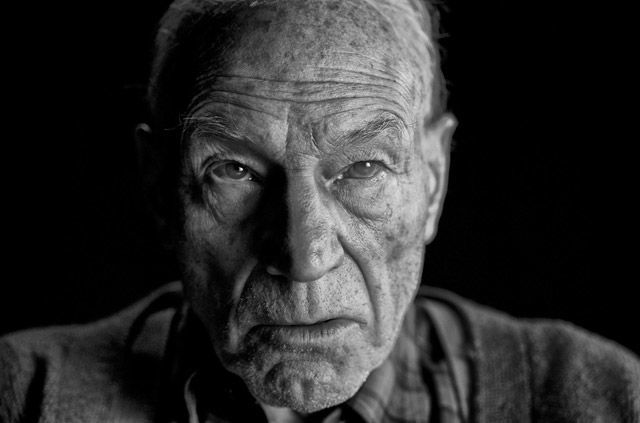 Are you worried you'll get in after this interview?

Perpetually worried. My wife, who's American, hasn't been able to sleep because of what's been going on in her country. For me, it's difficult. In 2000 I became involved in the Al Gore campaign, and I very quickly learned that there was only so much I could do before people said: "Hang on, this is none of your fucking business. Shut up."

I have to be circumspect, but I speak out when I can. I made a statement at the Berlin Film Festival and, oh my—you should see the shit that has landed on my head. I've been on social media for five years, so I know that the sharks are always circling. Not just the crazies on Twitter and Facebook, but the Daily Express has had a go at me, using their favourite term...

The luvvie! "He's a luvvie. What the fuck does he know about this?" I'm an actor, therefore I don't get to hold opinions? But that doesn't bother me at all. I don't give a shit about that. Early on, I said that Trump would only make it two years. I'm now inclined to say two months.

You'll get good odds on that.

Hmm, I haven't thought about that.

So you've always been politically minded?

My first act of civil disobedience was in 1945, in the general election. I saw the condition my parents lived and worked in. We were very poor and we lived in one room. That affected me and my life.

I saw the conditions where my mother worked; she was an industrial weaver in the north of England. My father worked in a chemical works, wearing no protection, and he paid a price for that. You can't turn your back on that, now that you're well off and can afford to live in a nice place in the country. Bugger that. When it's appropriate I speak up, whether it's gay rights, domestic violence or Amnesty international.

I went to Washington to DC two weeks ago. We have good friends there, one of which is a significant Washington insider who is in the Clinton administration. I thought that they might give us some hope, but they had none. Except to fight. To oppose, oppose, oppose. I don't think he'll make it to June. 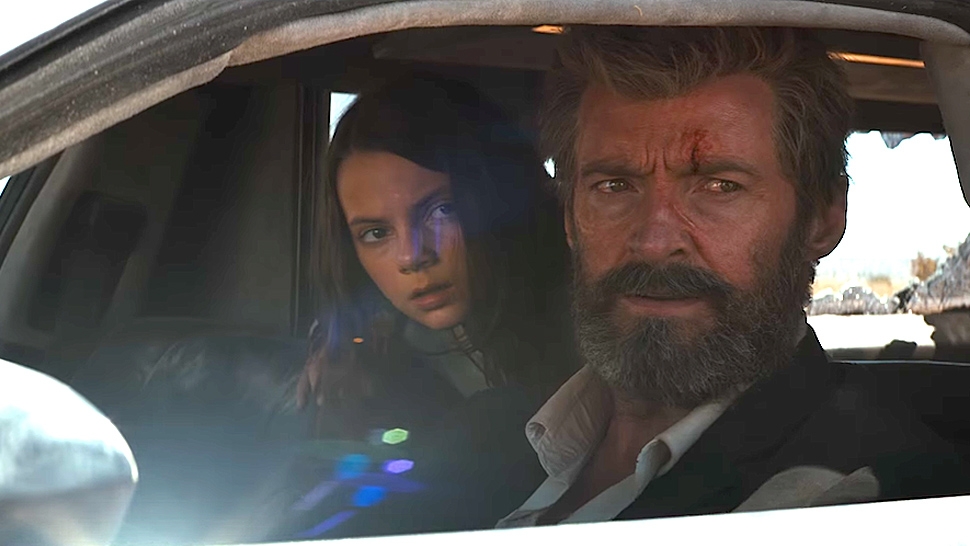 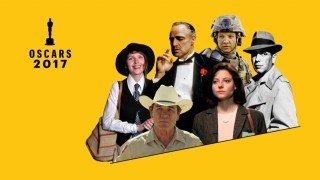 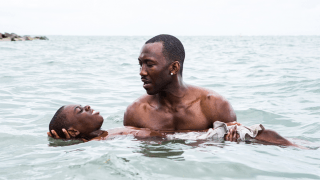 The Biggest Twist Ending in Movie History: Moonlight Wins the Oscar for Best Picture
All Photos
Comments
View As List