Why would anyone want to go out of their way to watch this film? 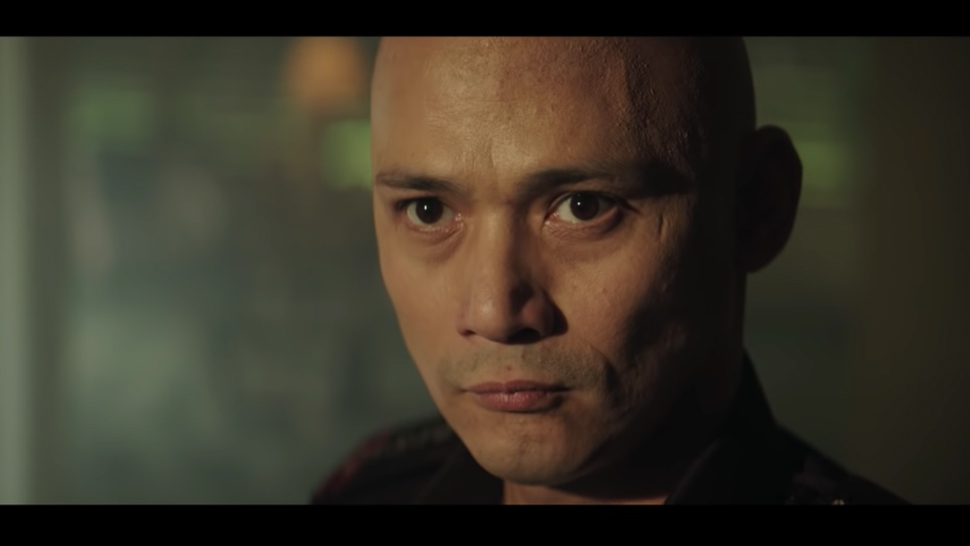 The puzzling question on my friends’ minds was this: why would anyone go out of his or her way to watch the Bato dela Rosa movie?

After all, there are a lot of great movies out there: Aquaman is still showing. I’m sure that Born Beautiful is a great movie. Bumblebee was a terrific film. I wouldn’t pass up a chance to watch Dragon Ball Super: Broly either. Certain circles of the Internet have already convinced themselves that the Bato trailer says it all: Dela Rosa is running for Senator, that a biopic shown this early is an easy way to skirt election rules, and that this is just a glorified campaign material for someone teetering about the “Magic 12.” Having a super-famous action star-slash-heartthrob like Robin Padilla play the role of one of Rodrigo Duterte’s most public, vocal, and powerful supporters would help, too. Thus, Bato must be boycotted, they say.

Valid as those arguments may seem, the Bato movie is not the trailer we’ve all seen: as a testament to the amount of care and concern that went to this film, that two-minute trailer is exactly the last two minutes of the movie. Everything that precedes those two minutes, however, is a packaging of Bato dela Rosa for a significant mass of voters who probably cannot be bothered to research or Google for things like “DaPeCol,” the “Davao Hostage Crisis,” or the career of Ronald dela Rosa himself. And that’s what makes it a bit iffy, because—even allowing for the license to make fiction—Bato is supposed to be a true-life story.

Within the first fifteen minutes of Bato, the viewer is entreated to the molding of Bato dela Rosa as a man of almost superheroic quality: a straight-and-narrow warrior whose devotion and dedication to the police force, borders on him having the proverbial stick shoved the proverbial arse (and if his walking gait is any indicator, maybe even literally). It’s only in the first few minutes where Robin tries to lend some nuance to dela Rosa: how he kids around with his wife, for example. Everywhere else, Bato is set in stone: almost saint-like and incorruptible, a great aim, the chiseled embodiment of machismo often associated with the police force.

Bato’s humble beginnings set the stage for the movie: the hero’s journey of a boy who once cried over spilled hogwash, losing his brothers to disease and poverty, and rescuing his family from rebels who wanted him out of the PMA. The rebels justify the reason why Bato exists: knife-wielding insurgents, wild-eyed separatists, a deranged suicide bomber who tried to carry out his threats from the rooftop of a Davao City hotel. Unlike a movie like D.A.D: Durugin Ang Droga or Brillante Mendoza’s Amo, Bato pivots the conversation to the dangers of insurgents: far and away from the toktok-hangyo or carnapping busts that he was known for (just listen to his campaign jingle). In a way, Bato can be seen as a movie that legitimizes the policy and attitude of the Duterte administration against domestic terrorism.

Bato is set in stone: almost saint-like and incorruptible, a great aim, the chiseled embodiment of machismo often associated with the police force. 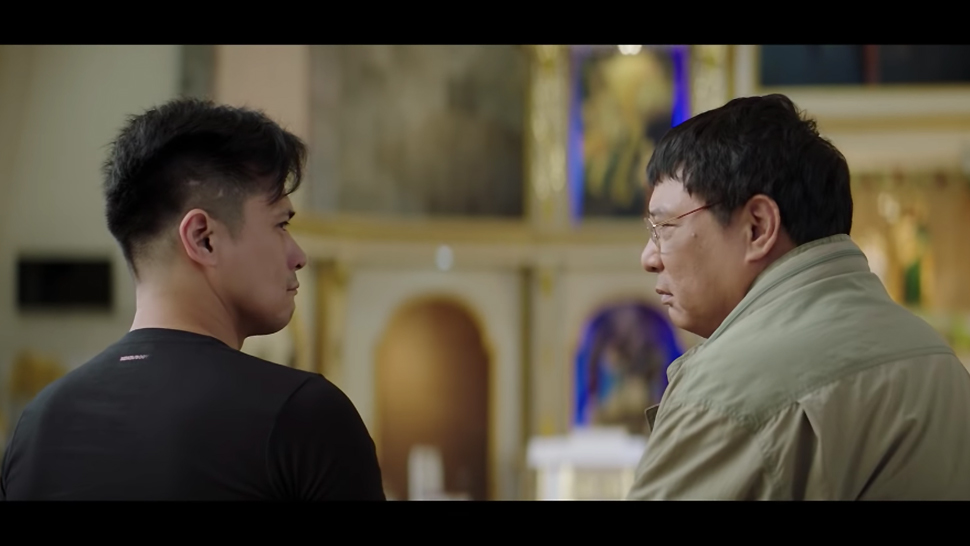 But framing Bato as an incorruptible hero also means changing him altogether: the tough-talking shoot-everything-that-moves rhetoric of the Bato we all know is notably absent in the film, and is replaced by a character you would expect from Robin Padilla. His character turns from the Wiggum-like character we know into a veritable Ned Flanders: a pious man who seeks refuge in Church before and after killing. The movie lends a lot of time to Bato’s lucid moments during an operation: how criminals can eventually change, how operatives should follow protocol at all times. And these lucid moments even extend to the appearance of Rody Duterte himself (played expertly, may I add, by Efren Reyes): not only has the god-hating President darkened the door of the Church, but crossed himself too. And left Bato with an endorsement, after blowing his fair share of smoke.

Of course, the movie takes its liberties with the truth, as any biopic would: it’s not as if Bato himself would disarm people with MMA-style moves, or shoot handguns akimbo. It’s not like Bato’s no-look grenade toss ended the Davao Hostage Crisis, making the whole thing a Rashomon-like affair. There’s Bato’s story, there’s the official accounts, there’s Duterte and his infamous “mayor mauna” remark, and there’s that Lito Lapid film from 1992. As the movie concludes with Bato dela Rosa trying this time to imitate Robin (who did shave his head himself, for no apparent reason), the movie ends.

These things—per Robin Padilla—are part and parcel of the true-to-life story of Bato. Forget the firecracker incidents and the crying at the Senate: Bato looks like a badass in a hoodie, shoots every criminal with precision, is a man of God, and follows protocol to the letter. The lack of ultra-heroic and fantastical records around Dela Rosa’s career will one day point to this movie as his definitive life story. After all, Robin said it himself: this is supposed to be the true-to-life story of Bato, nothing more and nothing less. That, and whatever they’re cooking up on Netflix. 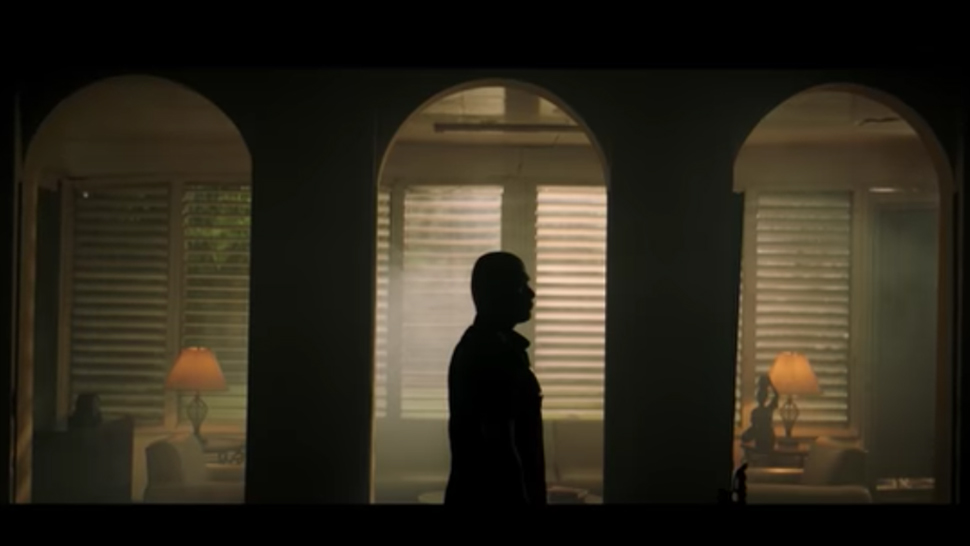 Bato isn’t doing well in the cinemas, because the cinemas are found elsewhere: in projector screens in vote-rich barangays out of the prying eyes of a Comelec that can only do so much, where some enterprising local politician may hold clandestine “free movie nights” as “public service.” The cinemas take the form of laptop screens and phones of people who can’t readily go to the mall to plop the cost of a movie: the torrents, the free movie sites, that thriving community of Duterte supporters and Bato voters online. Bato will never win Robin Padilla a FAMAS award, but it doesn’t have to be a runaway blockbuster to win Dela Rosa himself a seat. Bato will never see a Cannes screening, but his overseas supporters would.

Why would anyone go out of their way to watch something that, by consensus and trailer, isn’t exactly worth watching, knowing all of that coming in? 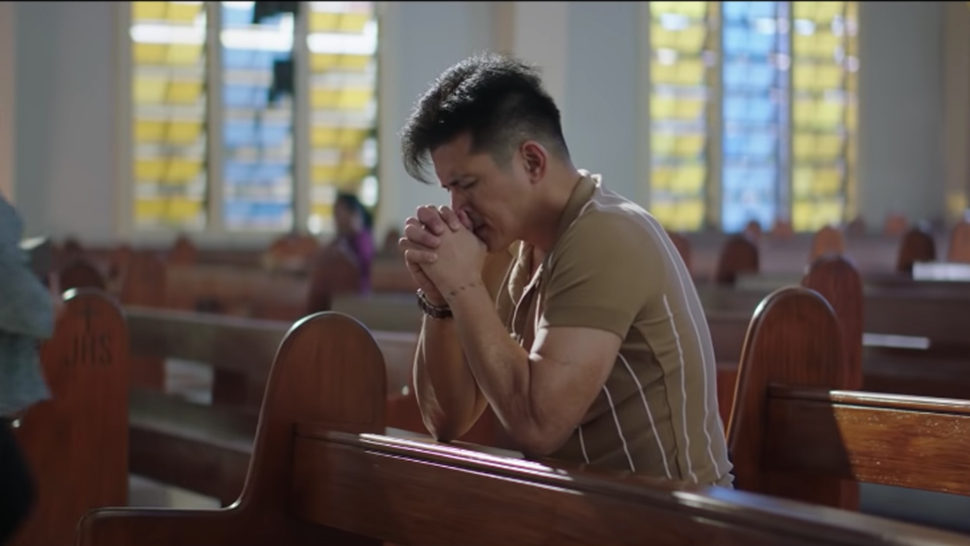 But that said: why would anyone go out of their way to watch something that, by consensus and trailer, isn’t exactly worth watching, knowing all of that coming in? Pitching the story is one thing, but I’m pretty sure I won’t be the last of very few people to watch Bato. I guess that it just comes with the territory of making up your own mind about things: the trailer kinda meant nothing. The implications of the whole movie can shake the core more than the ridiculousness of slow-motion gunslinging.

Make no mistake about it: people who support Rodrigo Duterte are in good company with artists, filmmakers, creatives, and brilliant minds who can make better movies than Bato. The choice not to make those movies, however, is indicative of what art—cinema, at that—is to the rulers nowadays.

Bond 25 Is Very Probably Shooting In Norway, According To Leaks
All Photos
Comments
View As List