And the stars who suffered for their art 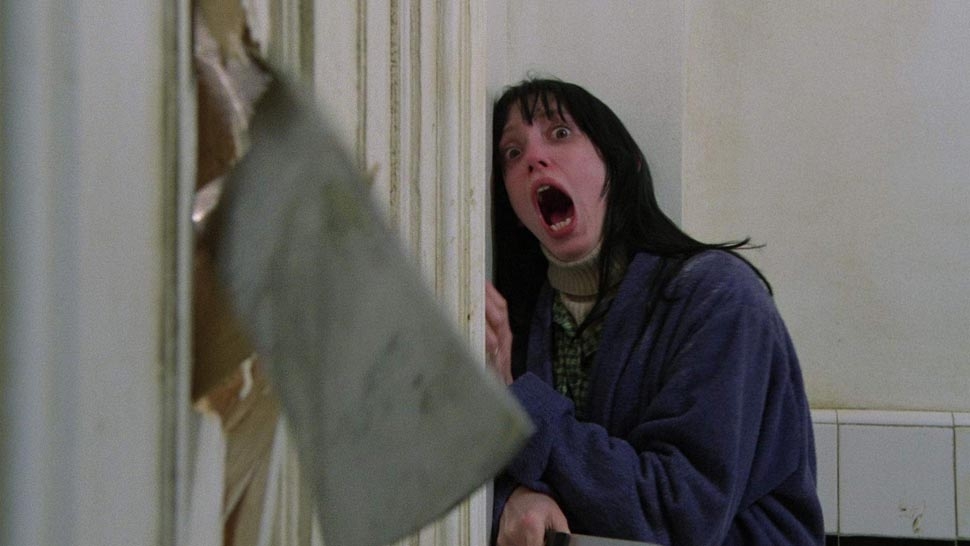 Can the end really justify the means? A question that certain directors really should have asked themselves when pushing their actors to the absolute limits in pursuit of a great performance.

We're not just talking hard taskmasters who demand endless takes or are notorious for having tantrums on set (mentioning no names, except, um, they're both called David), these are the times when directors went beyond reasonable limits to get something extra special from their stars—and fortunately succeeded.

1| William Friedkin on The Exorcist

Possibly the greatest horror movie of all time (see below), certainly an absolute masterwork of unease boasting visibly fractured performances all round. Friedkin fired a gun (only a blank cartridge, but who knew at the time?) next to Jason Miller (Father Karras) to elicit a look of shock for one scene, and yanked Linda Blair and Ellen Burstyn so hard on harnesses that they suffered back injuries.

It was his treatment of William O'Malley, an actual priest who played Father Dyer, which is perhaps most notorious. Unsatisfied with his performance, Friedkin took O'Malley to one side and asked him: "Do you trust me?" When O'Malley said he did, Friedkin slapped him in the face and then immediately yelled "action", which for better or worse, got him exactly the heightened performance he was after.

2| Alfred Hitchcock on The Birds

A genius auteur, undoubtedly, yet Hitchcock's bullying relationship with Tippi Hedren on The Birds is so notorious, 2012 HBO movie The Girl is dedicated to it. According to Hedren, Hitch made sexual advances towards her and ordered other cast members not to talk to her.

When they were filming the phone-box scene, one of the mechanical birds broke through the shatterproof glass, shards of it hitting her in the face. Later, in the attic scene, he told her the mechanical birds wouldn't work, so instead she had real-live birds thrown at her and attached to her with elastic.

After five days of this, during which one of the birds almost pecked her in the eye, she was shattered and exhausted and spent a week in bed.

The performance was great but she never got the recognition she deserved. This was her first film, she made one more with Hitch (Marnie), and then because she was under contract to him, he wouldn't let her work for anyone else for two more years, effectively curtailing a very promising career.

3| Stanley Kubrick on The Shining

Think Shelley Duvall does a good job of looking stressed as Wendy Torrance in The Shining? That'll be because, over the incredibly gruelling 13-month shoot, Kubrick pushed Duvall so hard that she was close to a breakdown.

"Going through day after day of excruciating work. Almost unbearable," she told Roger Ebert. "Jack Nicholson's character had to be crazy and angry all the time. And in my character I had to cry 12 hours a day, all day long, the last nine months straight, five or six days a week."

In a behind-the-scenes documentary shot by Kubrick's daughter Vivian, Duvall said it was worth it.

"If it hadn't been for that volley of ideas and sometimes butting of heads together, it wouldn't have come out as good as it did. And it also helps get the emotion up and the concentration up because it builds up anger and you get more out of yourself.

"He knew that and he knew he was getting more out of me by doing that. So it was sort of like a game."

4| Eduardo Sanchez and Daniel Myrick on The Blair Witch Project

This highly influential and experimental horror used unusual means to achieve greatness—though fortunately not by brutalizing its cast, for once. The found-footage mock-doc sees three student filmmakers enter the Burkittsville woods while making a film investigating an old legend.

Myrick and Sanchez reportedly wrote a 35-page outline but asked their actors Heather Donahue, Josh Leonard and Mike Williams to improvise most of the film around scenarios that they would drip feed the cast, as well as having them do their own filming, leading them deeper into the woods, and doing their very best to terrify them during the night. The result is a very, very frightening film with some highly realistic performances.

As if that wasn't enough, the cast had to pretend to be actually dead while the movie was in the middle of its promotional hype. Not the greatest of experiences for burgeoning young stars, it turns out. Despite delivering great turns, none of them are famous for anything else.

5| Alejandro G. Iñárritu on The Revenant

Iñárritu didn't spare his cast their precious Hollywood feelings when shooting his survival epic. Leonardo DiCaprio has said it was one of the harshest experiences in his career, and this from the man who starred in Critters 3.

"I can name 30 or 40 sequences that were some of the most difficult things I've ever had to do," he told Yahoo. "Whether it's going in and out of frozen rivers, or sleeping in animal carcasses, or what I ate on set. [I was] enduring freezing cold and possible hypothermia constantly."

(What he ate on set included raw liver.)

DiCaprio admitted that he "knew what [he] was getting into", but we're not sure that attitude was shared by the crew, many of whom allegedly quit or were fired (one described the shoot in the Canadian wilderness as "a living hell").

Still, DiCaprio finally bagged his Oscar, so we guess all that carcass-sleeping was worth it.

There's extreme measures and there's out-and-out abuse. Widely reported recently after a 2013 interview with Bertolucci resurfaced, the inclusion of the butter in the infamous rape scene between Marlon Brando and then-19-year-old Maria Schneider came as a surprise to her, and was non-consensual.

"The sequence of the butter is an idea that I had with Marlon in the morning before shooting," he said at an event in Paris in 2013, adding he "wanted her reaction as a girl, not as an actress".

Alien's chestburster-at-the-dinner-table scene is one of the most famous jump scares in all of movie history, but it wasn't just the viewers who were jumping out of their skin when John Hurt kicked the bucket.

Hurt's castmates knew in general terms what was going to happen ("Its head will move and it's going to have teeth"), but director Ridley Scott did not prepare them for the visceral reality. "Everyone [in the crew] was wearing raincoats," Sigourney Weaver told Empire. "We should have been a little suspicious. And, oh God, the smell. It was just awful."

That smell was the off-cuts and organs from the butcher and fishmonger that made up a surprisingly large percentage of the special effects budget on the horror classic, and formaldehyde, all of which had been lovingly poured into Hurt's fake chest cavity.

"Look, I worked with Roman Polanski on Death and the Maiden," said Weaver. "He would shoot a gun off. You can act, sure, but when you're surprised, that's gold."

Veronica Cartwright famously passed out during the chestburster scene after a 3ft stream of blood "caught her smack in the kisser". We can't blame her.

Part genius, part accident, part actual nightmare, Hooper's cannibal horror is the other greatest horror movie of all time (see above), which also turned into an ordeal. Though perhaps not in such a calculated way as Friedkin's method. Shooting on a shoestring in the extreme heat of Texas, the cast and crew worked for up to 16 hours a day, seven days a week, for a month.

The budget was so tight that, according to Gunnar Hansen who played Leatherface, they didn't dare launder his costume for fear it would get lost or change colour, so he wore it day in, day out.

It was by no means the stinkiest element of the set, which was adorned with skin, bones and blood from dead animals. The food at the dinner table scene was rotting, and during the above scene they decided to cut Marilyn Burns' finger for real because they couldn't get the fake blood pipe to work properly.

"Everyone hated me by the end of the production," said Hooper. "It just took years for them to kind of cool off."

9| The Wachowskis on The Matrix

Talk about cruel—the Matrix directors pushed star Keanu Reeves to new limits before he was even allowed to read the script. Yep, poor old Neo had to devour three books—Introducing Evolutionary Psychology by Dylan Evans, Simulacra and Simulation by Jean Baudrillard and Out of Control: The New Biology of Machines, Social Systems, & the Economic World by Kevin Kelly.

There was no dodging that bullet... 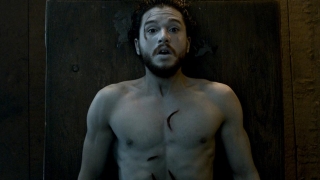 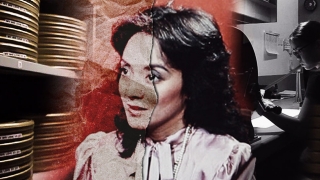 Saving Philippine Cinema, One Film at a Time
All Photos
Comments
View As List