The symbolized an Angel of Mercy in this particular outfit. 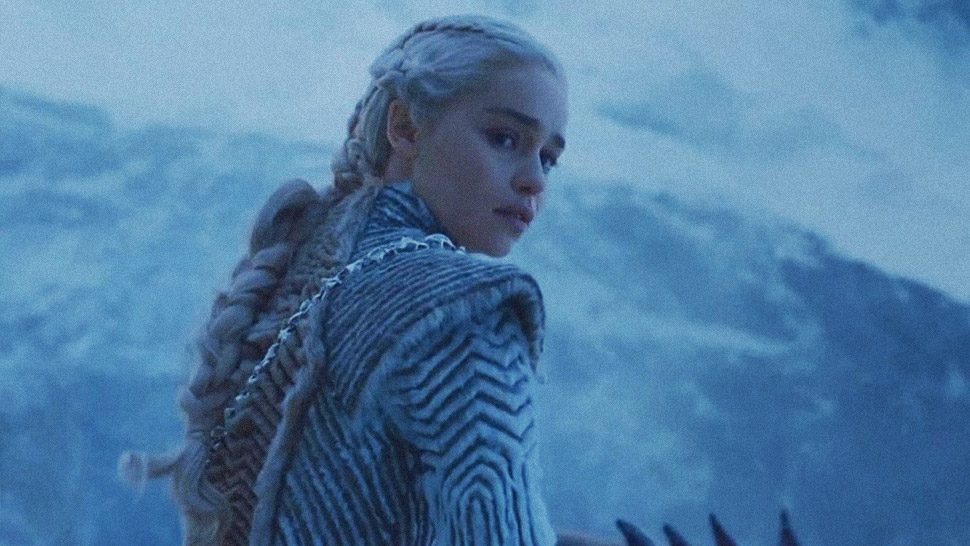 Daenerys Targaryen's icy outfit in those Game of Thrones scenes in the North was much more significant than anyone realized. According to costume designer Michele Clapton, her motivations were hiding in plain sight when the Breaker of Chains rode Drogon north, specifically weaved into her winter coat.

Reflecting on the thinking behind her bright white outfit?—which she wore when she saved Jon Snow and was still wearing at the beginning of season eight?—Clapton explained to TV Guide: "Initially it was about the idea that if she's riding a dragon to the North, she should be warm." Well, obviously.

"Then I decided that actually it's the first time she's performed a completely selfless task?—because it's usually for her own gain?—and on this occasion, it was actually for her love. So, I loved this idea, as I developed this costume, that it's almost [as if] she sees herself as this savior, this angel. And so when she arrives and descends on this dragon, she is this sort of angel of mercy.

"I think it just said so much about her mental state at the time, how she saw herself."

As a wise person once said: the angel's in the detail.

Every Star Wars Movie, Ranked From Worst to Best