It's hard to imagine a film scarier than Hereditary. But in his new film, director Ari Aster seems to have created something more horrifying.

Rejoice, masochists. The director of Hereditary's next film, Midsommar,looks to be another genuine, certified, nightmare. For fans of horror, this is great news. For everyone else–maybe avoid movie theaters leading up to July 3 so you don't even have to risk seeing a trailer for the upcoming terror.

Horror mastermind and newly-minted Twilight Zone host Jordan Peele spoke with director Ari Aster for the cover story of Fangoria magazine, as reported on by Entertainment Weekly. Peele not only referred to Aster's film as an "ascension of horror," but told the fellow horror helmer that Midsommar has "some of the most atrociously disturbing imagery [he's] ever seen on film." Great. Just fucking great. After bringing us face to face with the rotting, decapitated corpse of a haunted grandmother in the attic of Hereditary, somehow Aster has conjured some even more spine-numbing imagery in his new pagan horror jaunt.

Peele goes on to say, "I experienced it with this open-mouthed, wild-eyed gape. I think that part of how we get there is never reducing the villains to any kind of snarling monsters with an evil agenda." Aster and Peele speak at length about the world of pagan, ritual-based horror, as the Get Out director extols that Aster's new movie "usurps The Wicker Man as the most iconic pagan movie to be referenced."

The marketing for the upcoming movie has been fully chilling, with sunlight worshippers gathering around some sort of camp environment doing spooky deeds far beyond our mortal comprehension. It's a bit of a mystery as to what, exactly, is going on in Midsommar. But many of us would rather not even find out. After Hereditary, it's hard to imagine a film that could be any scarier.

We'll have to wait until July 3 to find out if Midsommar lives up to Jordan Peele's lofty praise. 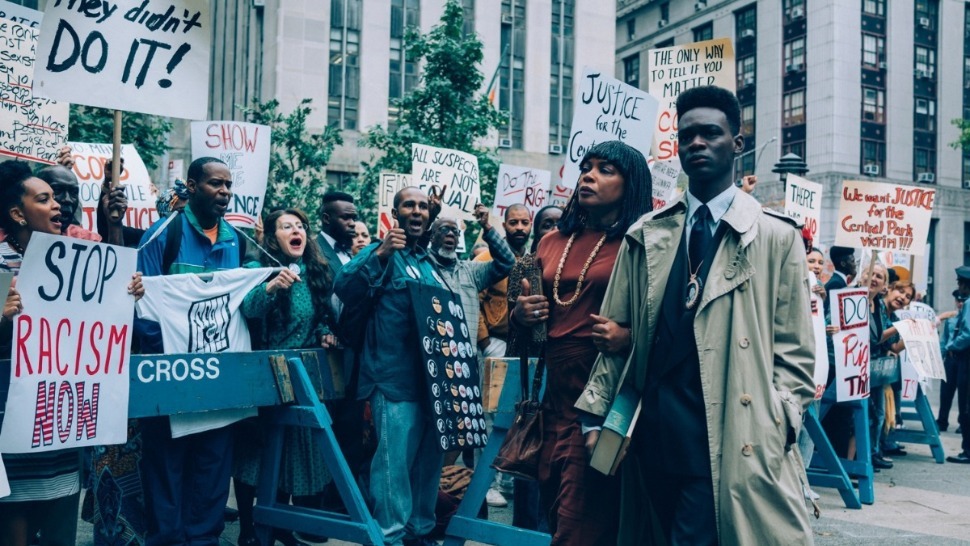