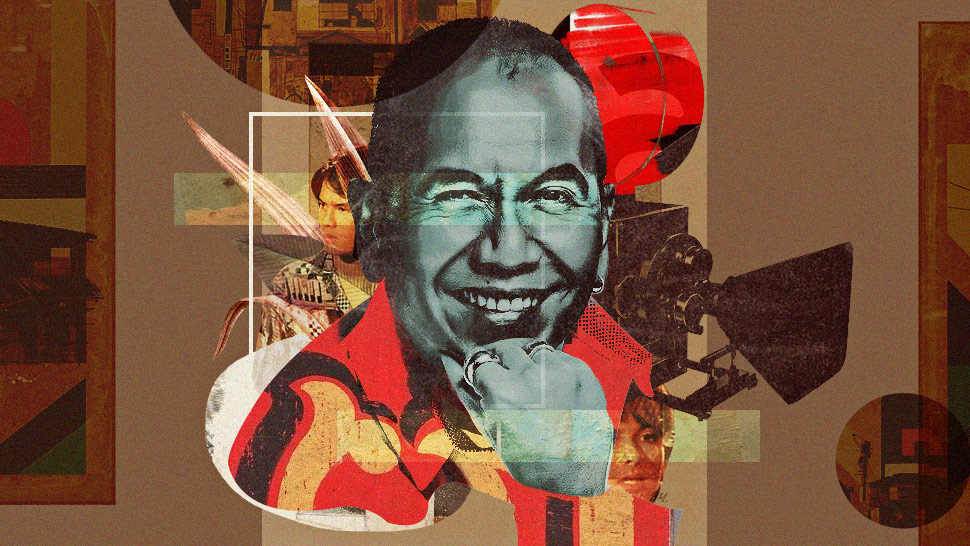 It’s been four months since Jose Javier Reyes, the prolific creative who has directed 87 films and written more than 175 screenplays, worked on a movie. Just like the rest of the world, he’s been forced by the relentless pandemic to slow down, but that doesn’t me he’s not doing anything.

While stuck home, Reyes wrote screenplays, built a home gym, and opened himself up to Korean dramas (he’s figuring out what makes them tick). And though he stopped teaching at the De LaSalle University, he continued to be a mentor for young filmmakers as one of the jurors in Nespresso Talents 2020, the global movie tilt whose three Filipino winners (Tsinelas, Cheat Day, and My Brother) were announced today.

With much time in his hands, the award-winning director has also been thinking a lot. How can Filipino creatives bounce back from a long spell of not working? What do we do next?

For him, the way forward is clear: “Accept, adapt, and advance.”

ESQUIRE PHILIPINES: Creatives have been greatly affected by the COVID-19 pandemic. How can the Philippine movie industry proceed amid the crisis?

JOSE JAVIER REYES: Efforts are being made at this point to prepare the industry workers for a return-to-work scenario while ensuring the safety of all concerned because the pandemic is still very much in our midst.

This is why the Inter-Guild Alliance, composed of organizations formed by specialized groups (directors, cinematographers, editors, designers, etc.) drew the Safety Protocol, which would enumerate the rules and regulations to guarantee the health of all workers if and when they return to the studios and their various location shoots.

The scenario has become more complicated, the process has become more expensive, …working hours are now limited and everyone must be held accountable for his health. In a way, these recent developments have fast-tracked the professionalization of the audio-visual artist in terms of his practice and working expectations.

As I have always said, there is only one way to deal with the COVID-19 problem: Accept, adapt, and advance.

ESQ: How should they adapt? Should filmmakers acknowledge the pandemic in their narratives? Or is it possible to disregard what is going on around us and continue telling stories as before?

JJR: Film, like all relevant media, should connect not only with its audience because its narratives reflect and embody the here and now, brought about by the socio-political as well as economic and environmental issues that define existence.

With the worldwide impact of the pandemic, it cannot be helped that film should and will embody various forms of stories capturing the realization, maturation, and even the drastic changes that have happened in the world, as it is seen through the mind, heart, and eyes of artists.

We have all changed so drastically because of almost four months of self-isolation: We have been punished by nature by keeping us away from each other. And as the earth healed, humans are castigated for their insensitivity and impunity to abuse the world they rent. Now, they have to tell the lessons they learned from this experience.

ESQ: On another note, how are you coping with the quarantine? What are you feeling?

JJR: I have not worked on a film for four months, but I spent the time writing screenplays.

I have stopped teaching since a little after midterms last March, but I decided to work on online materials, knowing this will be the only option if a vaccine is not discovered—as it will most likely take time, even years, before it can be certified and allowed to be of general use.

I have been forced to stay at home, so I read and wrote.

I have been locked out of the gym, so I made my own gym and spend the first hours of the morning walking around my neighborhood being grateful that I can see things in a completely different way and appreciate the fact that without man roaming around the world, the skies are bluer.

JJR: There is a major change of habit. People have realized that they do not need to go to a cinema to fill their hours with entertainment.

People are made aware that there are other sources of filling up hours rather than watching Pinoy telenovelas on commercial TV.

I have discovered Korean telenovelas and was enthralled by them, leading me to study the formula that these Asian neighbors of ours concocted to come up with a genre that has worldwide appeal.

In other words, I turned my confinement into something positive because I have no choice but to stay home.

ESQ: Are there young Filipino filmmakers that you are excited about?

JJR: There are quite a number of promising young filmmakers out there... a number of my students from the Digital Film Program at the School of Design and Arts, De LaSalle-College of St. Benilde.

I have seen terrific student films made by media students from Far East University, University of Makati, Polytechnic University of the Philippines, and I realized that all that is needed is to give room and freedom for these kids to find their voices, and cinema in our country will evolve with greater knowledge of self and identity.

Kids are either filmmaker artists or rock star celebrities. I will put my bet on the former.

ESQ: You are now on your 87th feature film and have written more than 175 screenplays. Is there any movie you’d like to redo?

JJR: Once is enough. When the journey has been completed, it is somewhat redundant to retrace the steps and correct the route along the way.

But I would love to do the third installment of Kasal, Kasali, Kasalo and Sakal, Sakali, Saklolo (with Judy Ann and Ryan) or maybe even do the sequel of May Minamahal. It would interesting to see Carlitos and Monica 30 years later.

ESQ: What’s the first thing you’d like to do when the quarantine is over?

JJR: Host a dinner party here at home for my friends. Hug all of them very, very tight. And have our usual dosage of laughter.

Go to my nephews and drag them back to a foreign trip as we usually do—and have our traditional pig-out at Dotonbori, stuffing ourselves with gyozas, ramen, and sushi.