The martial arts master's biographer weighs in on the divisive fight scene with Brad Pitt.

Once Upon a Time in Hollywood earned Quentin Tarantino his best opening weekend box office ever—exceeding forecasts despite being a nearly three-hour long R-rated film that opened while the Lion Kingremake was still holding strong. But despite also being well received by critics, the film has provoked debate. Its treatment of women has been scrutinized; female characters receive brutal beatings but little dialogue. And one single scene has also been the subject of heated controversy. Here’s a guide to the debate over the movie’s fight scene between real-life actor and martial arts legend Bruce Lee, played by Mike Moh, and Brad Pitt’s character, fictional stuntman Cliff Booth.

What happens in the movie?

In the film, Pitt’s character, Booth, has a flashback while repairing a TV antenna for his boss and best friend, Leonardo DiCaprio’s also-fictional western star Rick Dalton. While on Dalton’s roof, Booth remembers an encounter with Bruce Lee on the Green Hornetset. In the memory, Moh’s Lee holds court among stuntmen and crew members, giving a pompous speech and saying that if he fought Cassius Clay, as legendary fighter Muhammad Ali was still often called in the ‘60s, he’d “make him a cripple.” This elicits chuckles from Pitt’s Booth, who calls Lee “a little man with a big mouth and a big chip,” who "should be embarrassed to suggest [he’d] be anything more than a stain on the seat of Cassius Clay’s trunks.”

Lee proposes a three-round fight to see which man can put the other “on his butt.” In the first round, Lee kicks Booth squarely in the chest, flooring him. He then attacks with a second flying kick, but Booth catches him and hurls him into a car. Before the match can be settled in the third and final round, the two men are interrupted, and Booth is fired for the fight. Flashing back to the present, a Booth still on Dalton’s roof declares his dismissal “fair enough.” 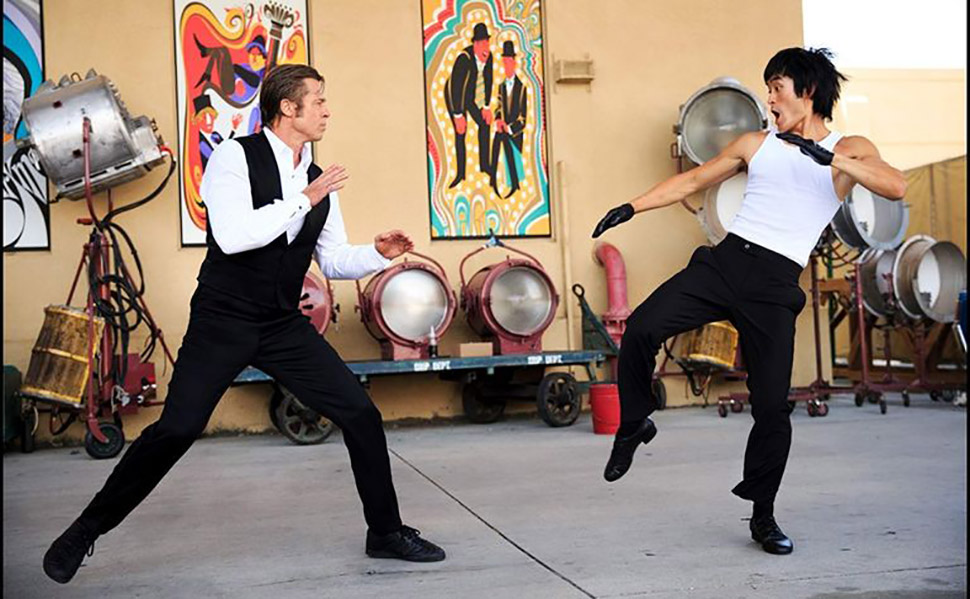 Was the scene accurate?

Lee did star in The Green Hornet, as the crime fighter’s sidekick and valet, Kato. But according to Lee biographer Matthew Polly, the scene was inaccurate in many ways. Lee “revered” Muhammad Ali, Polly told Esquire. "So the part in the movie where the Lee character says he would ‘cripple’ [the boxer] and Brad Pitt’s character comes to Ali’s defense is not only completely inaccurate, it turns Lee into a disrespectful blowhard and jerk.”

And while Lee was known to have fought stuntmen on some of his sets once he returned to Hong Kong, "he never started the fights, they always came up to him and challenged him,” Polly says. He also always defeated these challengers handily, with their fights ending within 20 seconds.

Lee also had a reputation for being kind to lower-ranking members of the cast and crews of the projects on which he worked. "Bruce was very famous for being very considerate of the people below him on film sets, particularly the stuntmen. He would often like buy them meals, or once he got famous, take them out to eat, or hand them a little extra cash, or look after their careers,” says Polly. "So in this scene, Bruce Lee is essentially calling out a stuntman and getting him fired because he’s the big star. And that’s just not who Bruce Lee was as a person."

Why do some people have a problem with it?

Despite having some basis in reality, Once Upon a Time is a fictional work—its ending proves that much. But Lee, who died in 1973, was a real-life person, and is still beloved worldwide as the most influential martial artist ever, and as one of the most iconic Asian American movie stars. He braved Hollywood’s racism and became a global superstar, decades before the American film industry would begin to improve upon its historically bigoted and emasculating depiction of Asian men.

In short, his legacy is worthy of the respectful good taste with which Tarantino treats the other real-life figures that appear in the film, including Manson victims Sharon Tate and Jay Sebring, and Lee’s fellow Hollywood legend Steve McQueen. But Moh’s Lee is written as a bloviating ass whose presence was played for laughs and to give Booth’s character credibility as a skilled fighter. And while the fight is technically a draw, Booth loses his round with a pretty dignified fall on his butt—while Lee is thrown into a car by an anonymous, middle-aged stuntman.

"There’s nothing else to call him but the butt of the joke, because everything that makes him powerful is the very thing that makes him laughable in the film,” film scholar Nancy Wang Yuen told the LA Times. “His kung fu becomes a joke, and his philosophizing becomes a fortune cookie, and the sounds that he makes as he does kung fu are literally made fun of by Cliff. They made his arrogance look like he was a fraud.”

While Sharon Tate’s family signed off on her portrayal in the film, Shannon Lee wasn’t consulted on her late father’s depiction. "It was really uncomfortable to sit in the theater and listen to people laugh at my father,” she told The Wrap. "What I’m interested in is raising the consciousness of who Bruce Lee was as a human being and how he lived his life,” said. “All of that was flushed down the toilet in this portrayal, and made my father into this arrogant punching bag.”

On Monday, it emerged that an early version of the scene would have seen Moh’s Lee even more decisively humiliated. In an interview with HuffPost, Once Upon a Time’s stunt coordinator revealed that the original script saw Booth’s fight with Lee going a full three rounds—with Lee losing in the end. "I know that Brad had expressed his concerns, and we all had concerns about Bruce losing,” said Alonzo.

Being an Asian American myself, I definitely related to how Bruce was a symbol of how Asians should be portrayed in movies, instead of the oldBreakfast at Tiffany’s model that was really prevalent back in the day. … I had a difficult time choreographing a fight where he lost. Everyone involved was like, "How is this going to go over?" Brad was very much against it. He was like, "It’s Bruce Lee, man!”

"I love Quentin Tarantino. I absolutely adore his films, and I think every filmmaker has the right to do whatever they want with history,” said Polly. "What bothered me was that he was very reverential and sympathetic with Steve McQueen, Sharon Tate, and Jay Sebring, but Bruce’s portrayal was more mocking. And given that Bruce was the only non white historical figure in the whole film, I thought that was problematic."

What do the Tarantino’s defenders say?

Defenders of the portrayal point out that Tarantino is an avowed Bruce Lee fan, who even based Uma Tarantino’s Kill Bill jumpsuit on an outfit Lee wore in his last film.

And critic Walter Chaw, who counts Lee as his hero, found that Moh’s Lee felt humanized. "I would argue Tarantino’s decision to have Booth fight Lee to a draw doesn’t doesn’t take the air out of Lee; it takes the air out of the constructed mystique that Lee was forced to maintain,” he wrote for Vulture. "That by allowing Lee to regain a portion of his humanity, Tarantino is offering a different, more generous kind of Asian-American representation onscreen.”

He was concerned, however, by hearing audience members in the theater laughing at Moh’s portrayal of the Chinese-accented Lee. "If you watch the new Tarantino, and there's any kind of audience, take note of how the audience reacts to the Bruce Lee impersonation,” Chaw tweeted. "This is what systemic racism looks like. Not the performance which is perfect, the reaction which is hard-wired into members of this culture." 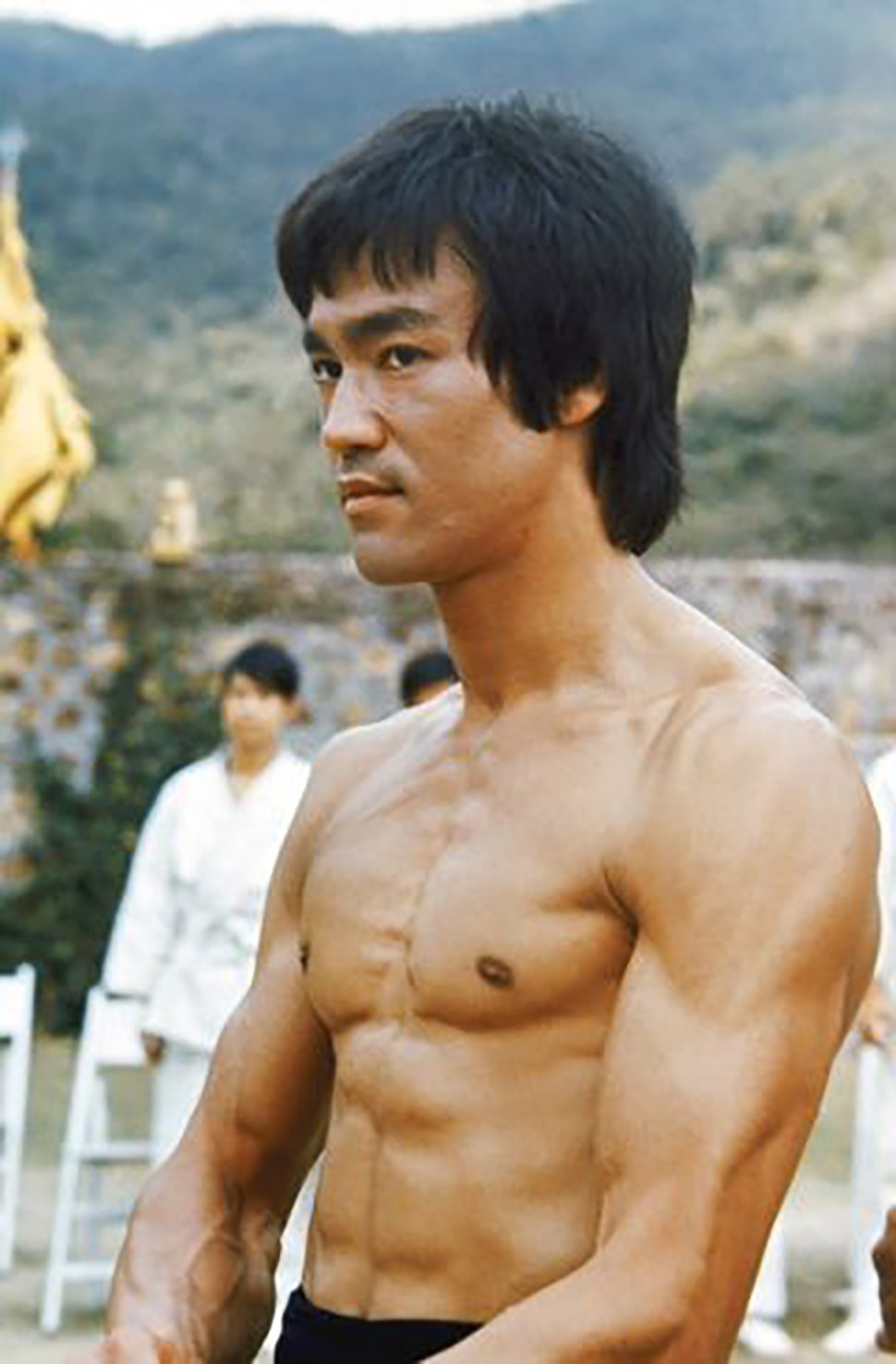 Mike Moh also spoke about the scene. In an interview with Birth. Movies. Death, he also expressed feeling torn about the sequence. “When I first read it, I was like, wow,” he told the website. "I’m not going to tell you what the original script had exactly, but when I read it, I was so conflicted because he’s my hero—Bruce in my mind was literally a God.”

But like Chaw, he described the scene as humanizing Lee:

I can see how people might think Bruce got beat because of the impact with the car, but you give me five more seconds and Bruce would have won. So I know people are going to be up in arms about it, but when I went into my deep dive of studying Bruce, he more than anybody wanted people to know he's human. And I think I respect him more knowing that he had these challenges, these obstacles, just like everybody.

The Bruce Lee fight had a clear purpose. Booth is an underemployed stuntman who spends his day-to-day running errands for his boss, which doesn’t provide a lot of opportunity for the character to showcase his fighting skill before the film’s bloody finale. Depicting him as being at least as good, and potentially even a better fighter than Bruce Lee makes it a bit more credible when—spoiler—he takes on murderous Manson cultists in the film’s finale. But again, that boils down to tearing down an Asian-American icon in order to build up a fictional white guy.

It also fits in with the film’s allegiances, which lie with the fading Western stars of the late 1960s. "I suspect the reason Tarantino felt the need to take Bruce down a notch is because Lee’s introduction of Eastern martial arts to Hollywood fight choreography represented a threat to the livelihood of old Western stuntmen like Cliff Booth, who were often incapable of adapting to a new era,” Polly told The Wrap, " and the film’s nostalgic, revisionist sympathies are entirely with the cowboys.” 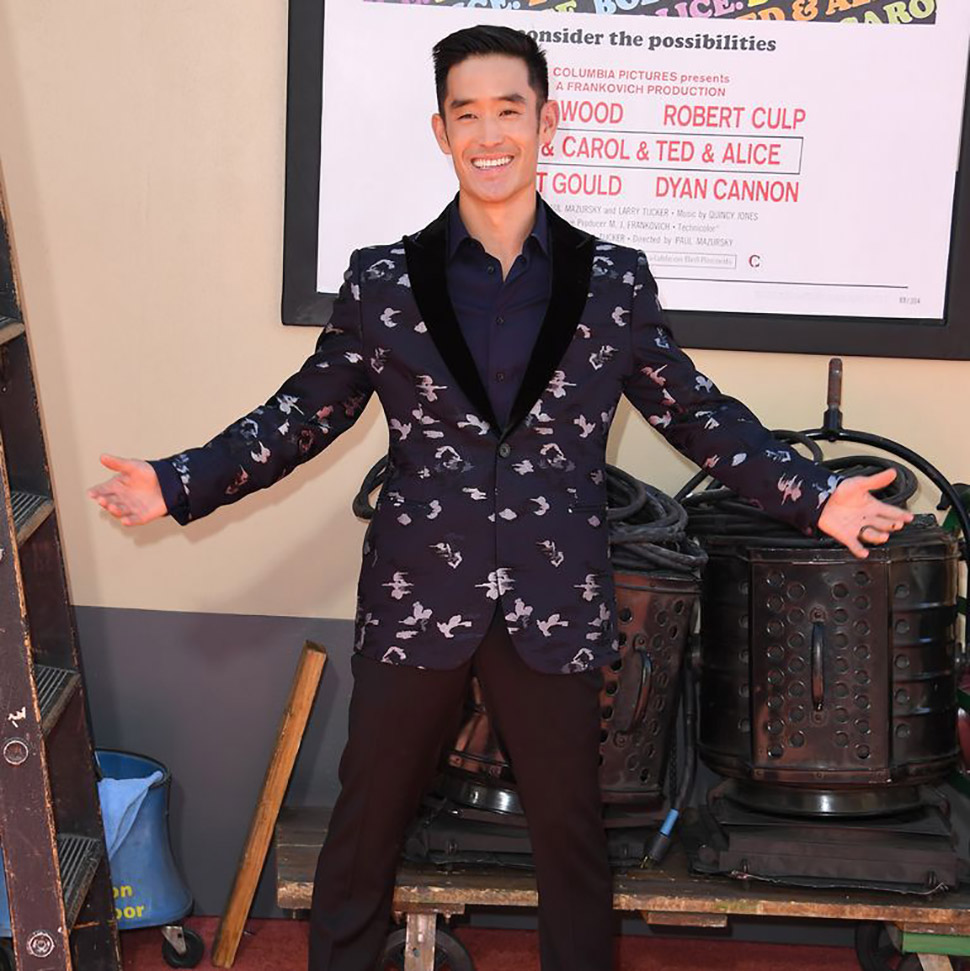 But as the end of the film serves as a rather sweet revisionist history, a portrait of a world in which the Manson Family never made it to 10050 Cielo Drive, the movie itself has an altogether more troubling eye for the past. In the world of Once Upon a Time, beautiful women like Sharon Tate dance often and speak little, and the old guard of white men squash all challenges to their dominance.

"In a movie where Tarantino changes history to fit his violent wish fulfillment,” wrote filmmaker Joseph Kahn on Twitter, "it's odd that his revisionist fantasy of Bruce Lee is that he is a fraud who can easily be overpowered and smacked around by his cowboy avatar."

Shares
Share
Tweet
Comments
View More Articles About:
E5
culture
Movies
once upon a time in hollywood
More Videos You Can Watch 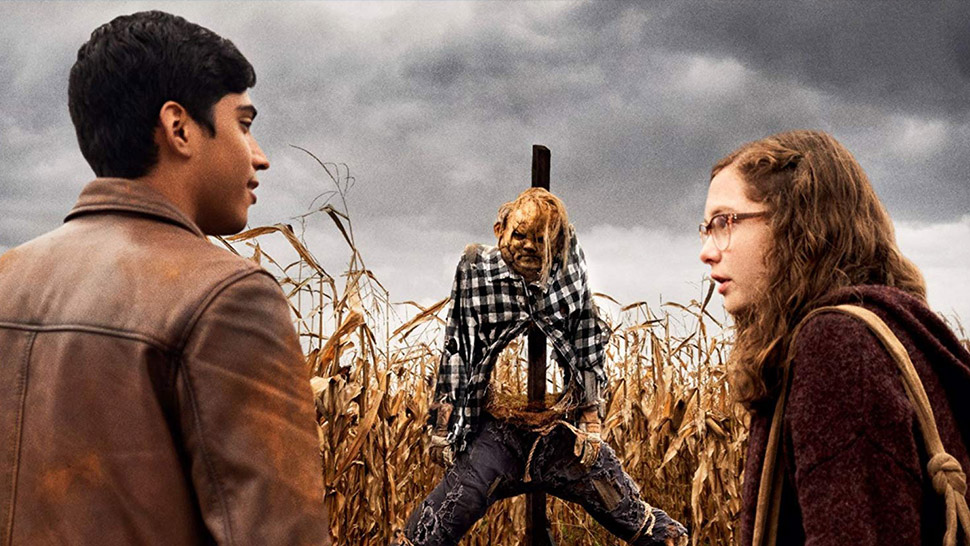