A guide to the many characters in Quentin Tarantino's ninth movie. 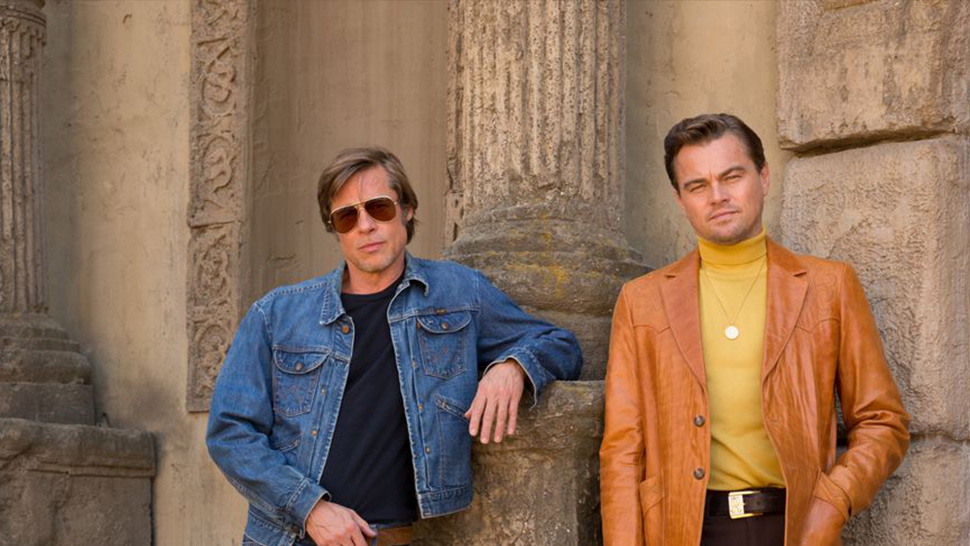 Quentin Tarantino's ninth film Once Upon a Time in Hollywood is one of the most anticipated movies of the summer. The film seems to be the apex of the director's cinematic obsessions. Set in Los Angeles during the summer of 1969, the film stars Leonardo DiCaprio as Rick Dalton, a struggling TV actor who yearns for big movie roles, and Brad Pitt as Cliff Booth, Dalton's stunt double.

While Dalton and Booth are fictional characters (albeit inspired in part by Burt Reynolds and Hal Needham, respectively), Once Upon a Time in Hollywood is set in a very real—and very dark—moment in history. Charles Manson and his followers cast a shadow over Los Angeles in August 1969 after the brutal murders of seven individuals including the actress Sharon Tate, wife of Roman Polanski. Once Upon a Time in Hollywood tells the story of Los Angeles during that hot and deadly summer, with plenty of real-life Hollywood figures making appearances in the film. Here's everything you need to know about these characters and what contemporary actors will play them in the movie. 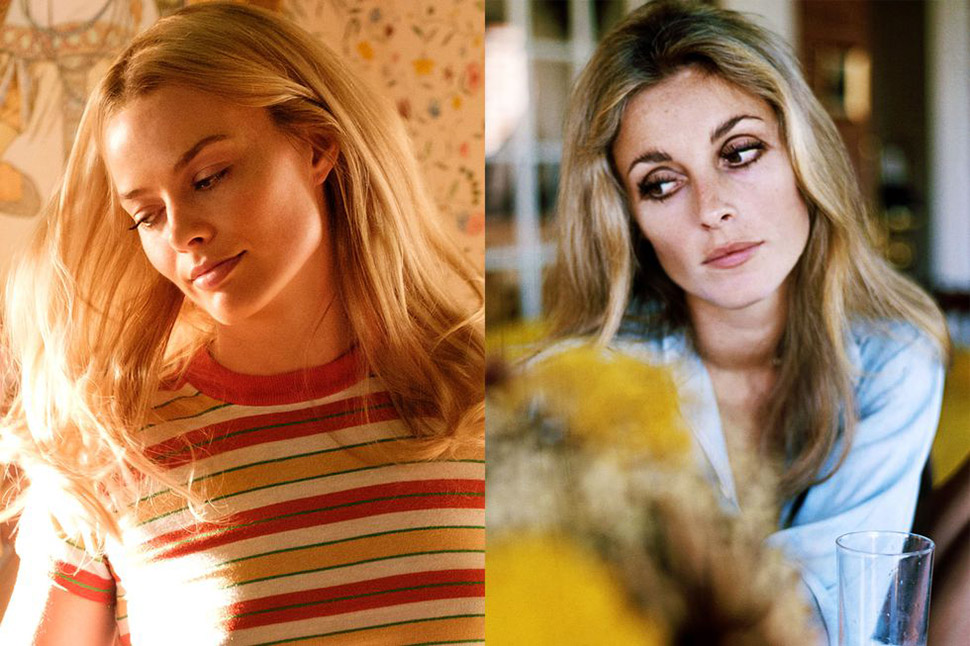 The most famous victim of the Manson Family murders, Sharon Tate was still an up-and-coming actress by the time of her death in 1969. With a handful of TV credits on her resume, her most recognizable film roles were Valley of the Dolls, for which she earned a Golden Globe nomination, and The Fearless Vampire Killers, directed by her future husband Roman Polanski. The pair lived together in a home on Cielo Drive in Benedict Canyon, where she was murdered along with four other people on August 9, 1969. 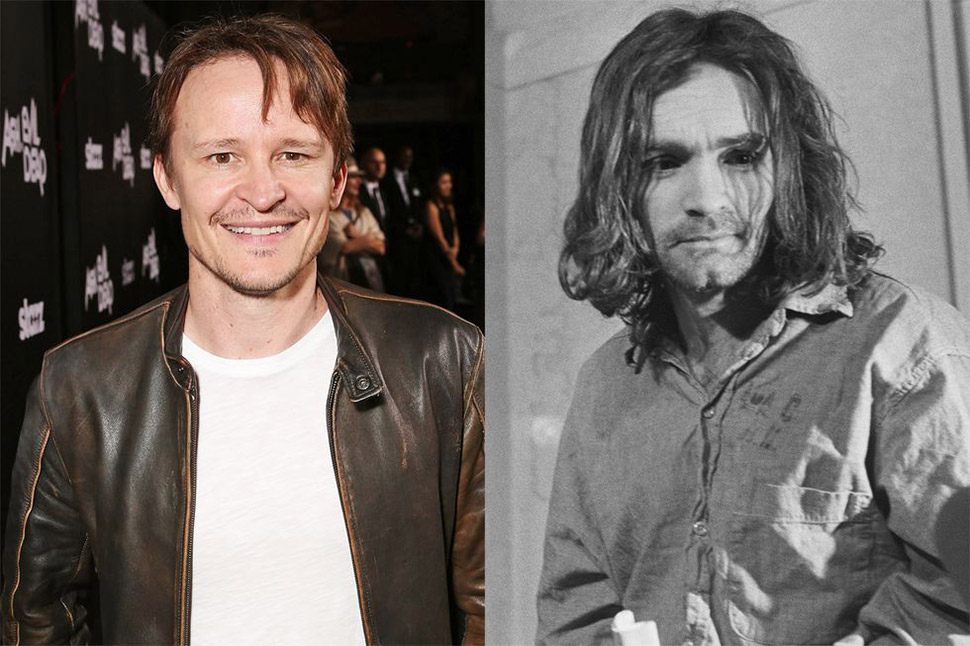 Charles Manson was the mastermind behind the Tate-LaBianca murders, as well as the charismatic leader of the cult he referred to as his family. While he was not present for the murders in the Polanski-Tate home, he did participate in the murder of Leno and Rosemary LaBianca the following night. Before the grisly crime spree he orchestrated in the summer of 1969, Manson was an aspiring singer-songwriter who, through his acquaintance with Dennis Wilson, saw one of his songs recorded by the Beach Boys in 1968. 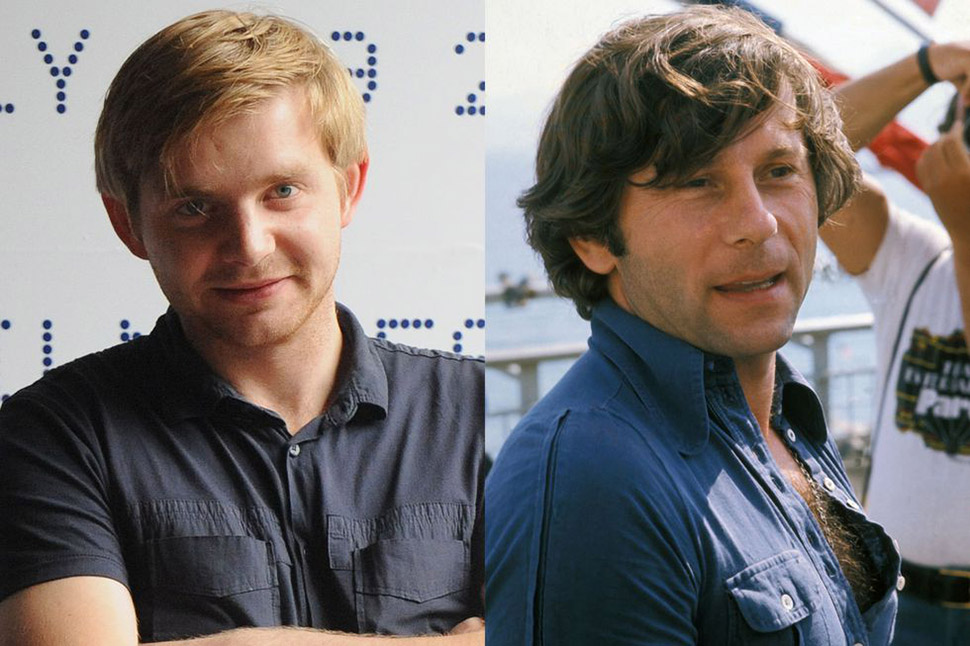 By 1969, Polanski was already an acclaimed film director, whose first feature, 1962's Knife in the Water, was nominated for an Oscar for Best Foreign Language film. He followed that with 1965's Repulsion and 1968's Rosemary's Baby, two horror films in which the female protagonists descend into a state of paranoia. It was on the set of his horror spoof The Fearless Vampire Killers, in which he co-starred, that he met and fell in love with his wife, Sharon Tate. The director was in London on the night of his wife's murder. 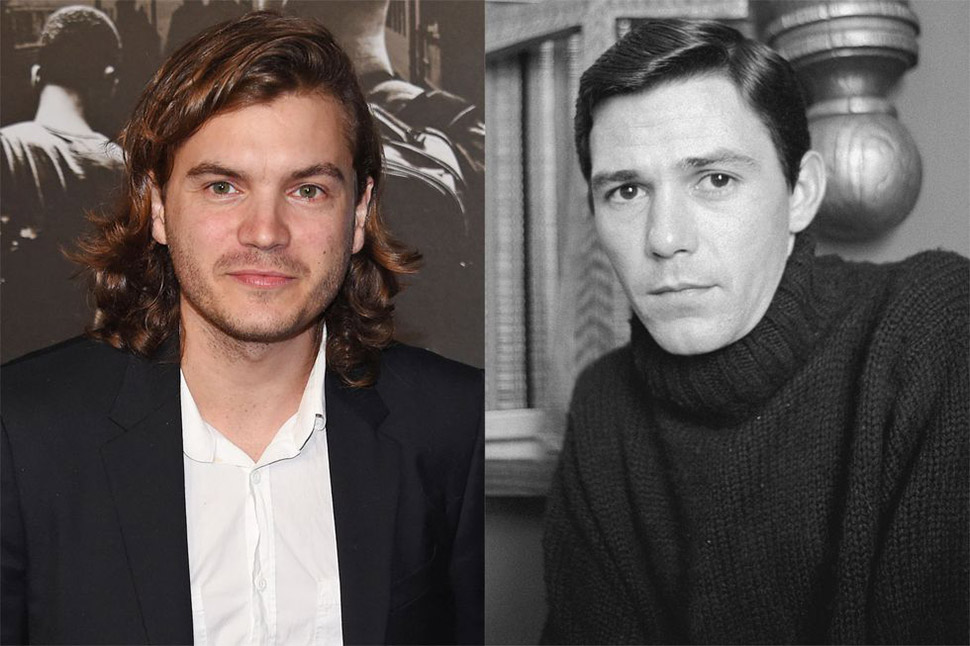 One of the five murder victims at the Polanski-Tate home, Jay Sebring revolutionized the way men styled their hair, breaking the taboos around male hair care—while also charging more than $50 for a men's cut at the Jay Sebring Salon in Los Angeles. Some of his most famous clients included Frank Sinatra, Sammy Davis Jr, Steve McQueen, Jim Morrison, and Warren Beatty (whose character in the 1975 film Shampoo was partially based on Sebring), and he helped launch Bruce Lee's film career. Sebring and Sharon Tate were romantically involved before she met Polanski, and the pair maintained a close friendship after her marriage. 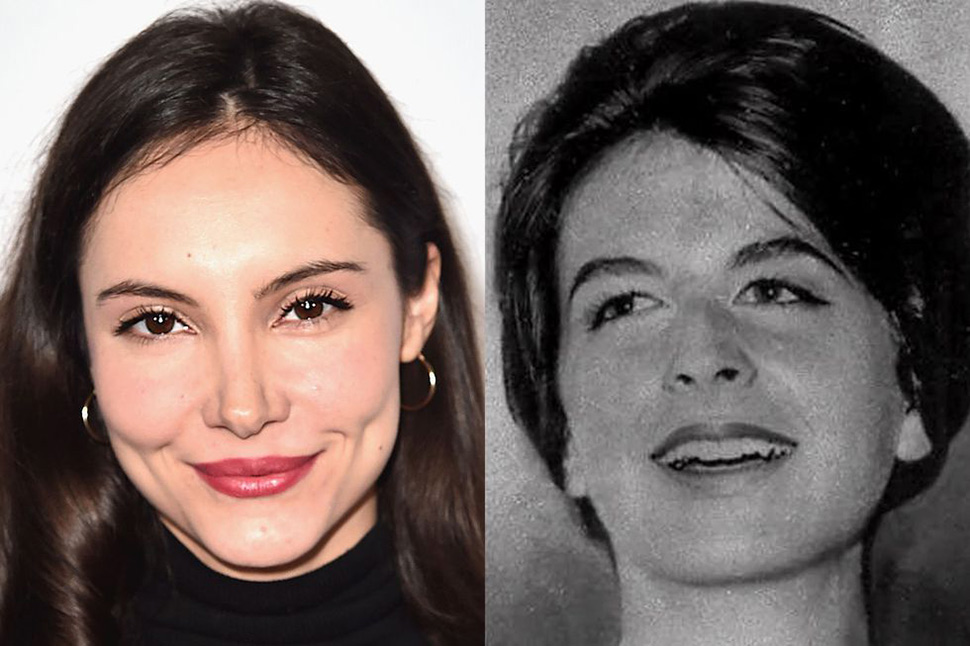 On the night of August 8, 1969, Abigail Folger dined at the famous El Coyote restaurant in Los Angeles with Tate, Sebring, and her boyfriend Wojciech Frykowski. The heiress to the Folger Coffee fortune, Folger was a former social worker and friend to the ; she and Frykowski had been housesitting while Polanski and Tate were in Europe, and stayed on at the house once Tate returned. She had planned to meet her mother in San Francisco the morning after she was murdered. 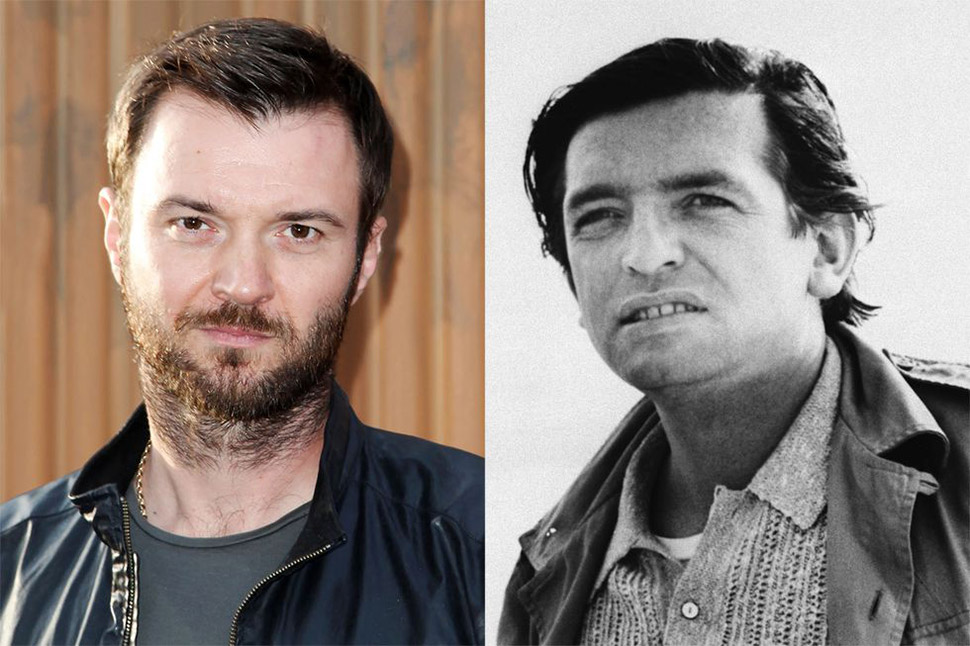 A longtime friend of Polanski's, Wojciech Frykowski was an aspiring screenwriter who had produced one of Polanski's early short films and worked as a lifeguard on the set of Knife on the Water. He met his lover, Abigail Folger, through the Polish author Jerzy Kosinski, and the pair lived in Los Angeles together from 1968-1969, first at a Laurel Canyon home and later at the Polanski-Tate home. 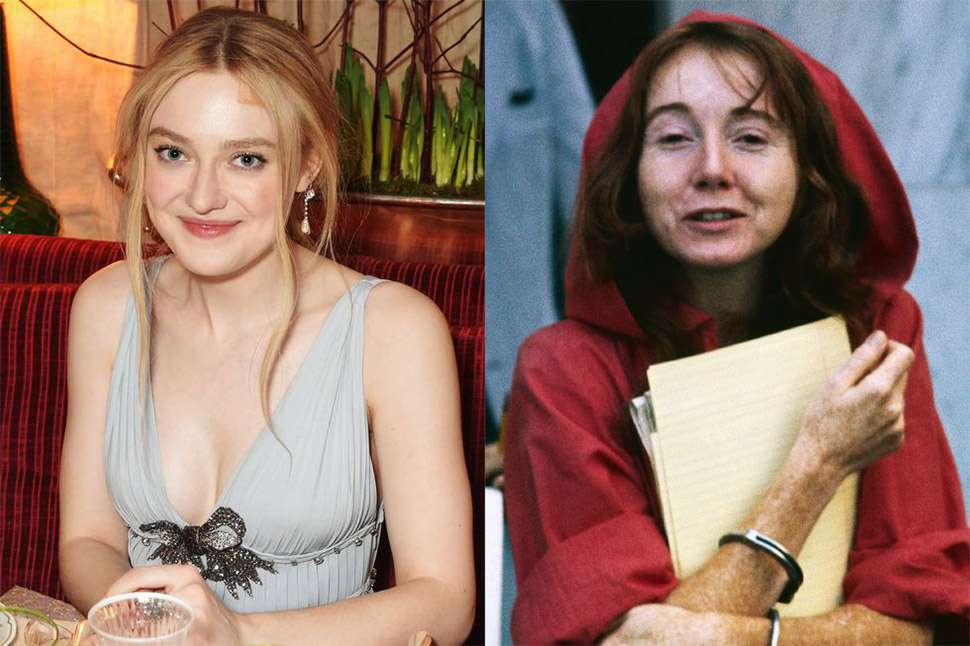 Arguably the most famous of the Manson Family members, Squeaky Fromme did not participate in the Tate-LaBianca murders. She did, however, serve as a de facto liaison between the Manson Family and the media during Mason's criminal trial; she led a group of Family members, who camped outside the courthouse every day and mimicked Manson and his cohort's physical movements—when Manson and the girls arrived in court with shaved heads and Xs carved into their foreheads, Fromme followed suit. Many years later, in 1975, Fromme would regain notoriety by attempting to assassinate President Gerald Ford in Sacramento, California. 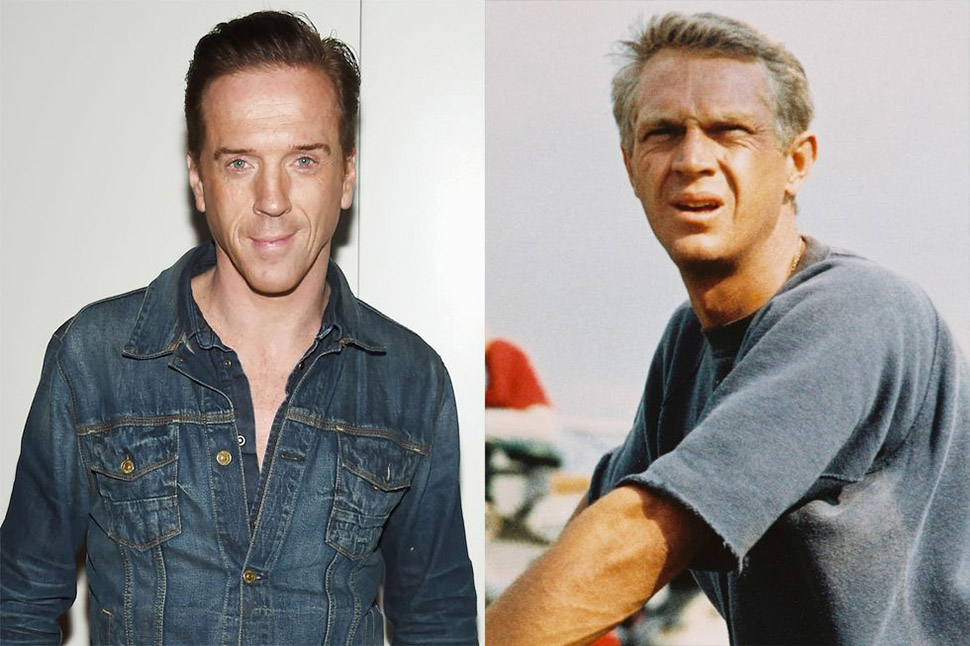 One of the biggest Hollywood stars of the 1960s and 1970s—at one point the highest-paid movie star in the world—McQueen was a cinema and style icon. Since he was one of the most powerful players in Hollywood, McQueen did not go unnoticed by Manson, who was actively looking for celebrities to target in order to launch his apocalyptic masterplans. A close friend and client of Jay Sebring's—McQueen delivered the eulogy at his funeral—he narrowly avoided the massacre on August 9, having been invited by his friend to come party at the house on Cielo Drive that night with Tate and her houseguests. 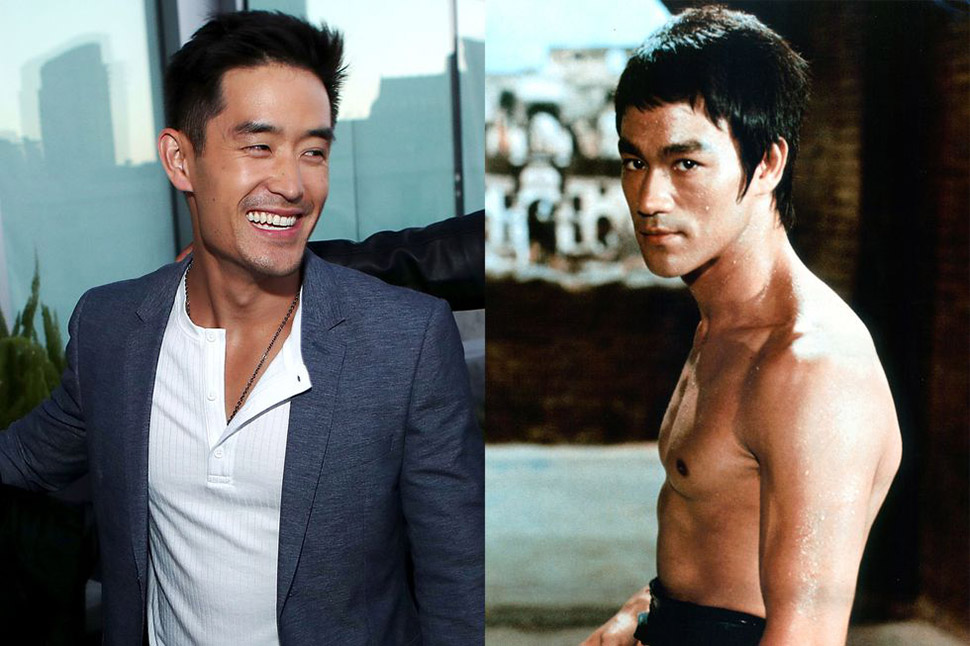 The Hong Kong-American actor Bruce Lee is the most influential and internationally known martial artist in popular culture, thanks to his success in a handful of action films in the 1970s. Before he was a movie star, however, he appeared as Kato, the sidekick to the titular character on the TV show The Green Hornet from 1966-1967. He also worked as a stuntman, and he choreographed the fight scenes for the 1968 Dean Martin film The Wrecking Crew, in which Sharon Tate had a featured role. 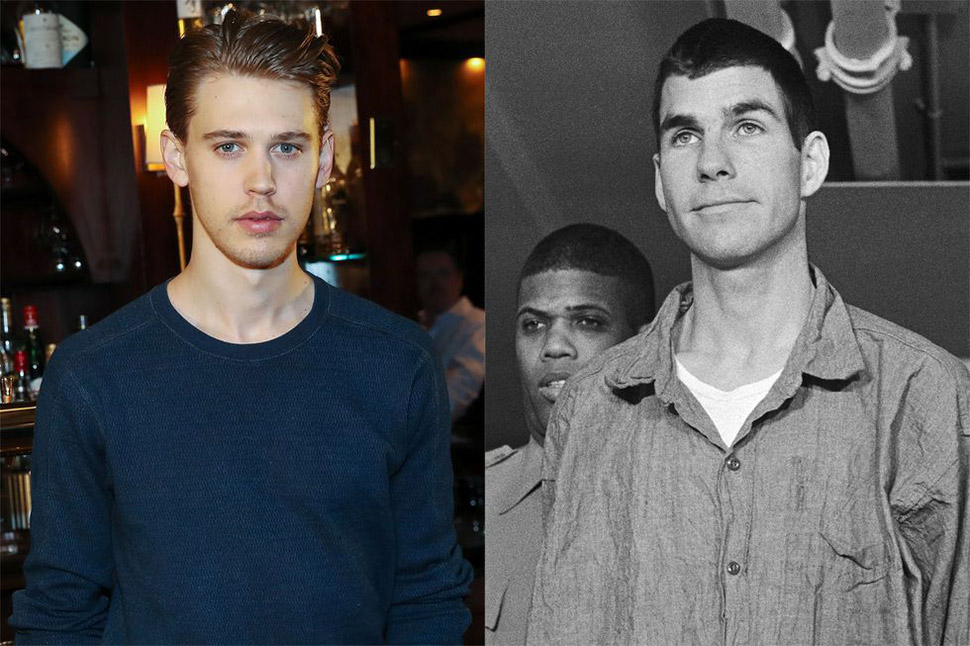 Like many of the Manson Family members, Tex Watson flocked to the West Coast to participate in the drug- and music-centric 1960s counterculture. After meeting some of Manson's female followers, he joined the Family. Tex participated in both the Tate and LaBianca murders in August 1969; he fled the state and was ultimately convicted in a trial separate from the three female defendants, and he remains in prison today. 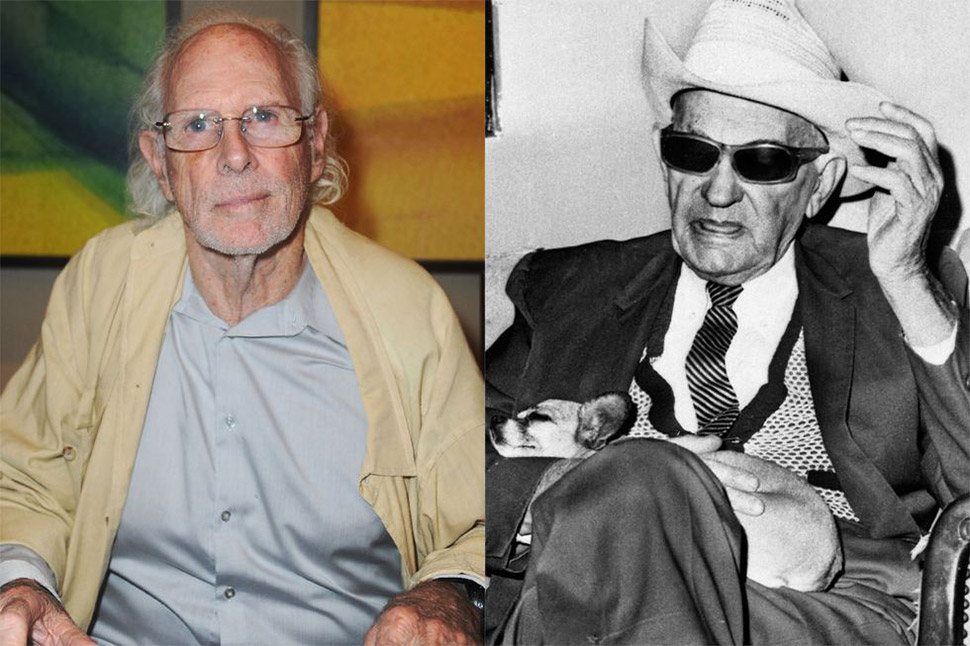 Manson and his followers were living on the Spahn Ranch, about an hour drive northwest from the Polanski-Tate residence on Cielo Drive, in 1969. Owned by George Spahn, the ranch was built in the early 20th Century and served as a movie set for Western films (Howard Hughes's The Outlaw was filmed there, as were scenes from Bonanza). Eighty years old and blind at the time, Spahn allowed the Manson Family to live on the property rent free, where they helped operate his horse rental business. 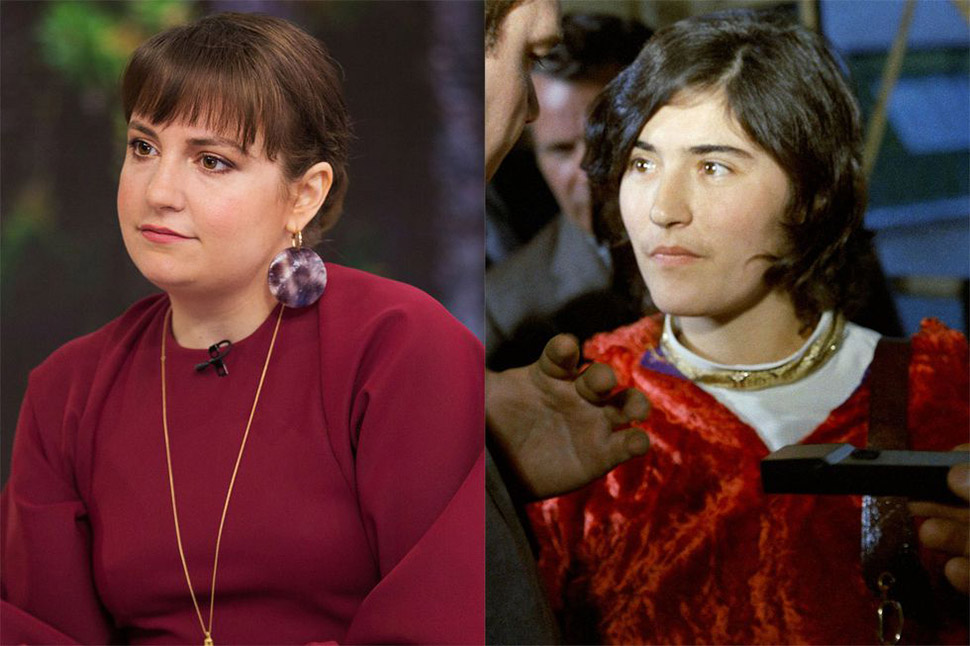 While she didn't participate in the Tate-LaBianca murders, Catherine Share did testify in the 1970 trial that star witness Linda Kasabian (who was present at the LaBianca murders, but testified that she did not participate) was the mastermind behind the crimes. Along with Squeaky Fromme and other Manson followers, Share was charged with attempted murder (later reduced to conspiracy to dissuade a witness) following a plot to murder a Manson Family member in order to prevent her from testifying in the trial. In the '70s, Share served five years after an armed robbery alongside other Family members. Upon her release from prison, Share disavowed Manson and his followers. 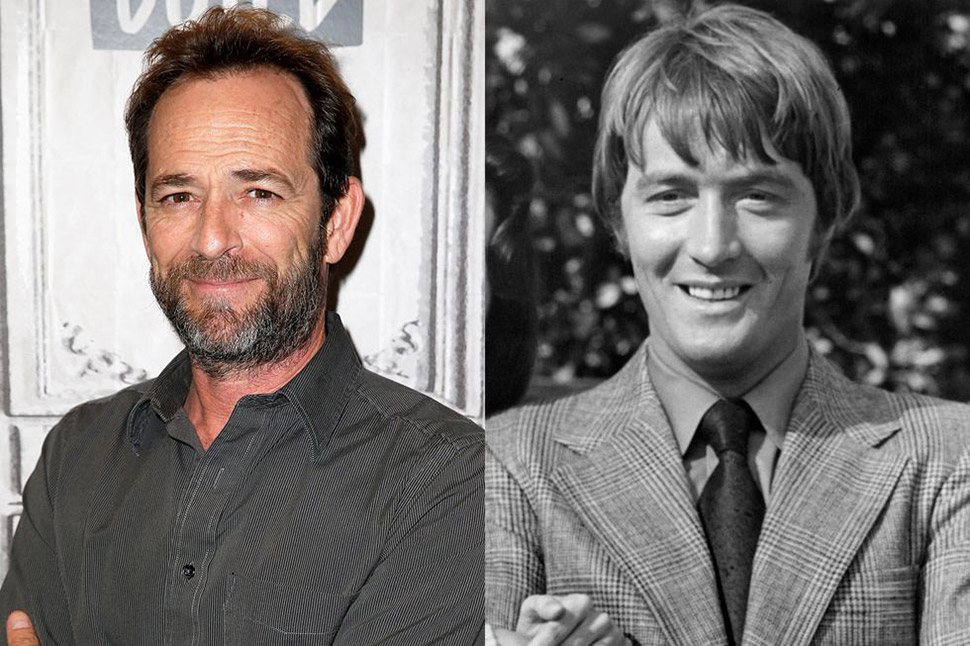 Maunder was a TV actor who came to prominence in 1967 with a starring role as Lieutenant Colonel George Custer in the western series Custer, which aired for 17 episodes. He later starred in a second western show called Lancer from 1968 to 1970, and then on a police procedural called Chase in 1973. 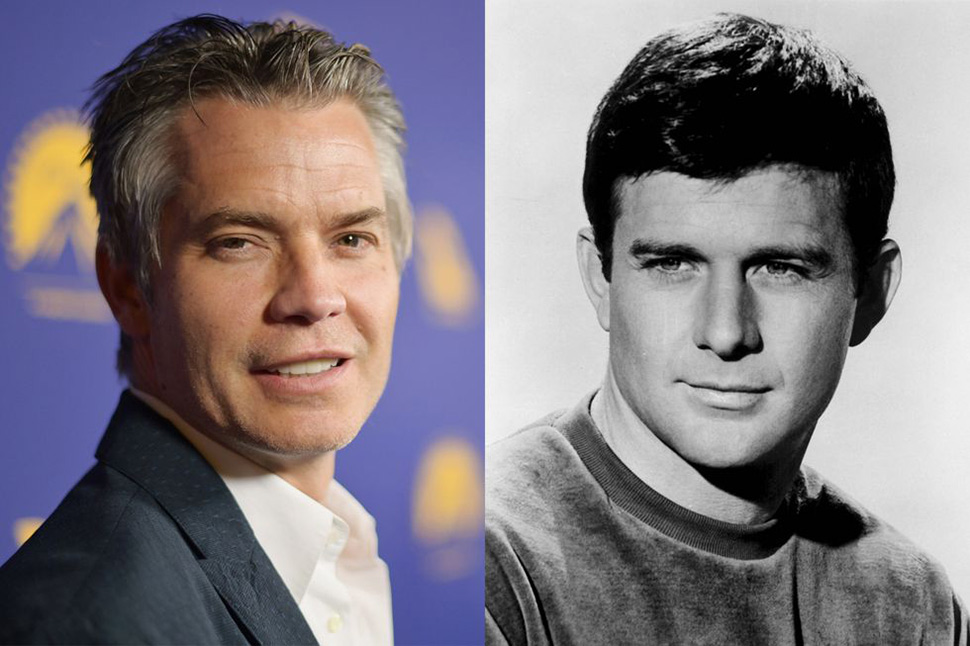 Stacy was a TV actor who's best known for his role as a young gunslinger on the western series Lancer, playing the brother to Wayne Maunder's character. He was briefly married to actress and singer Connie Stevens from 1963 to 1968; following a motorcycle accident in 1973, in which Stacy lost his left arm and leg, Stevens threw a gala event to raise over $100,000 for his medical expenses. 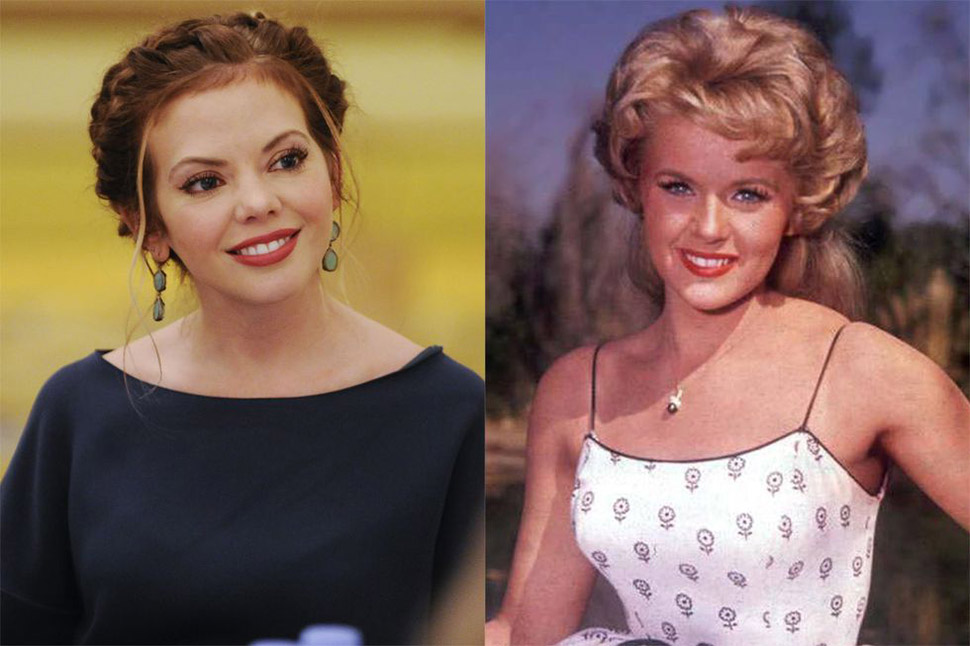 Connie Stevens came to fame after starring on the detective series Hawaiian Eye from 1959 to 1963 as a photographer and singer (which also launched Stevens's own music career). She had a successful career as a television and film actress, but she never achieved superstardom. A resident of Beverly Hills who lived near the Polanski-Tate home, she was quoted after the murders that they "scared the daylights out of everyone," which caused an upsurge in firearm sales and security systems in the tony Los Angeles neighborhood. 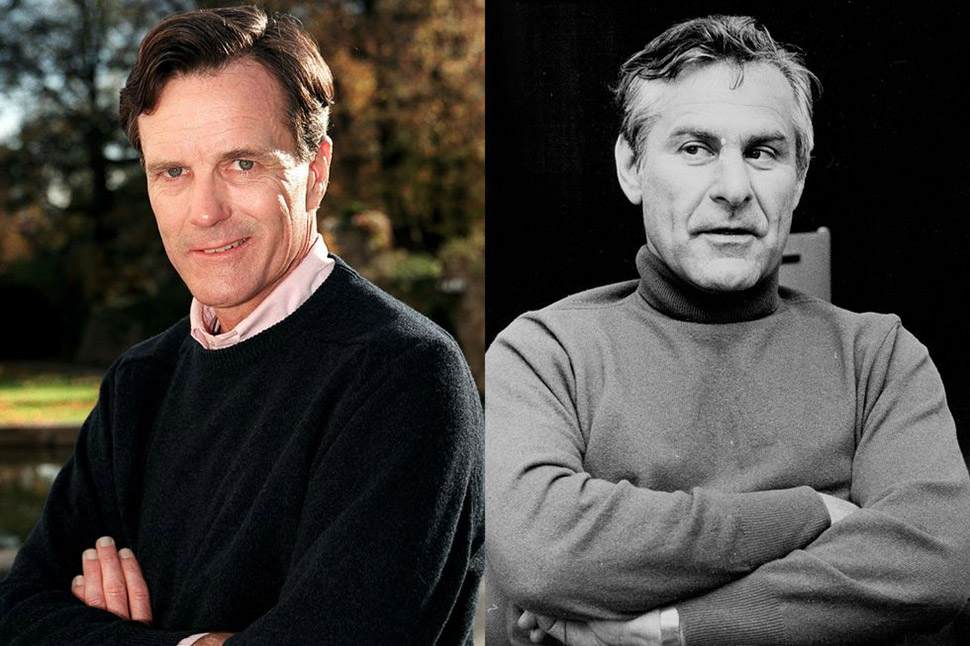 A trained theater actor, Sam Wanamaker made the move to Hollywood in the late '40s before he relocated to England in the early '50s after he was branded a communist sympathizer and threatened with blacklisting. He returned to Hollywood in the '60s and appeared in both films and TV shows. He also was a successful director, first on western TV shows like Custer and Lancer. His biggest cultural contribution, however, was leading the restoration of Shakespeare's Globe Theatre in London. 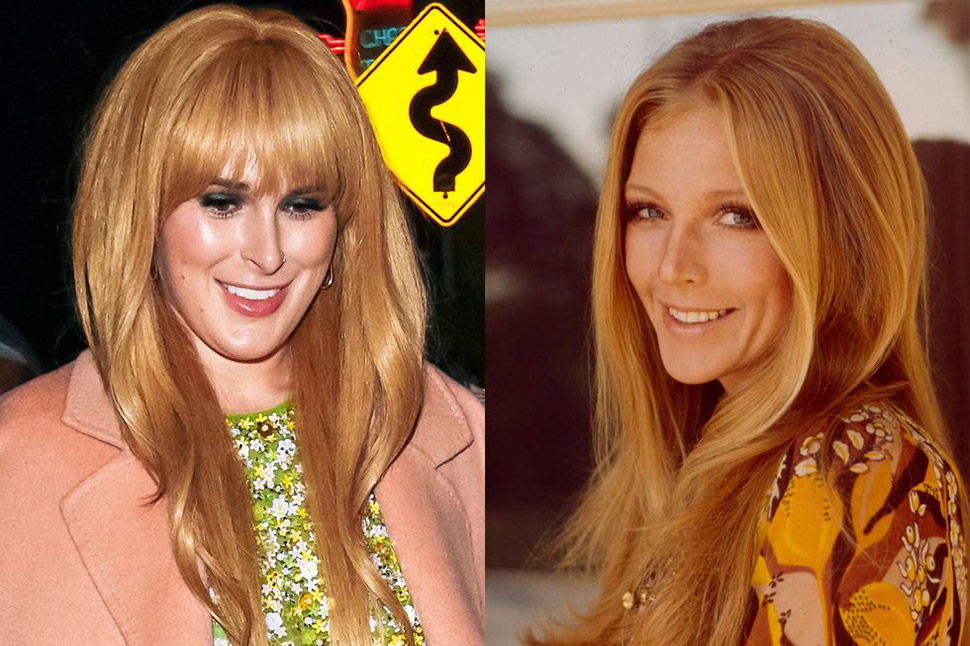 Pettet was an English actor who made her debut in the popular film adaptation of the Mary McCarthy novel, The Group. A string of film roles following, including that of James Bond's daughter Mata Bond in the spy spoof Casino Royale. Pettet was a good friend to Sharon Tate, and the pair had lunch on August 9 hours before Tate was murdered by Manson's followers. 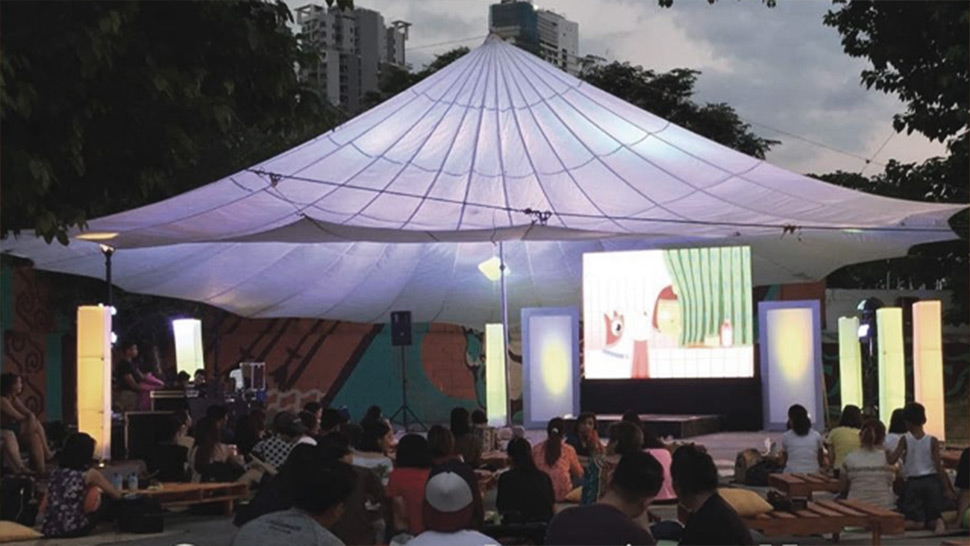