We break down the latest look at Episode IX.

The final trailer for The Rise of Skywalker is here. Featuring stunning set pieces, space battles bigger than we've ever seen before, and the return of Star Wars' biggest all-time force of darkness, J.J. Abrams's conclusion to the Skywalker trilogy is stacking up to be something monumental.

Though the new trailer doesn't give away too much, and Abrams has been known to toy with fans' expectations, there's a lot to unpack from this last glimpse at Episode IX before the film's release on December 20. We now know that the Empire is likely making a big comeback. And that Luke Skywalker will be communing with Rey from beyond the grave. But the main question on everyone's minds is, does Kylo Ren finally become a good guy in this movie?

Based on what we're seeing here, Rey and Kylo look like they're teaming up to take down the Empire together. And with all the firepower we're seeing from the Empire, the Resistance is going to need all the help it can get. Here's everything we spotted in The Rise of Skywalker's final trailer.

Rey is searching for something in a Death Star

In Force Awakens, we saw Rey's life as a scavenger. Back then, she was hunting for junk to sell from a downed Star Destroyer. Here, from the looks of the background walls, it seems like she's lurking around a Death Star. And none of it looks particularly dry. Could the massive starship be underwater?

The Rebels are back, baby

This doesn't look like The Resistance. The looks like the Original Trilogy's Rebellion. Lando's there. A Mon Calamari guy that could be Admiral Ackbar's cousin. A bunch of scruffy, colorful folks dressed in worn military outfits. At the end of Last Jedi, Luke Skywalker told Kylo Ren that "The Rebellion is reborn today." And we've learned that Wedge Antilles will be returning for this new film. Though none of these old Rebel-compatriots were able to show up at the end of Last Jedi, it looks like they're finally stepping up to the plate.

Poe's got a new X-Wing

That doesn't look like Poe's dark-colored X-Wing. It makes sense–the ship was destroyed in the first act of Last Jedi. Looks like the sharpshooting pilot got himself a new ride for Rise of Skywalker. Instead of black and orange, Poe's opted for the standard-issue Rebel grey with orange accents. Nice.

Whatever Rey's after, Kylo wants it too

We've seen Rey hanging out in a wet, stormy starship, looking for something. And now we've got this image of Kylo Ren, emerging in this same environment, big, drenched, and angry. If Rey is seeking something out in the bowels of a Death Star, it seems that Kylo wants what she's looking for. And judging from the lightsaber at his side, he'll stop at nothing to get it.

The Emperor's got a new (old) throne

This is some ancient Sith-looking shit. We've seen several iterations of Darth Sidious over the years. He's shown up in holograms, on Senate floors, and in Imperial Throne Rooms. But if Sidious really is the biggest bad of them all, his actual place of residence is probably a truly terrifying sight to behold. Looks like Rise of Skywalker is going to show us his Sith lair. Very spooky.

Star Destroyers are rising from their graves

Where the heck is this Star Destroyer coming from? Did The Emperor keep an old stash of spaceships deep in an underwater grave somewhere just in case he ever gets resurrected and needs an army? Whatever the case, this gigantic starship is erupting from some watery dwelling place. It wouldn't be a stretch to say that something–or someone–is using the power of the Force to levitate the big ship. And based on all of J.J. Abram's inspirations from the famous Star Wars expanded universe text, Dark Empire, it seems like The Emperor has some Sith-powered artillery in his arsenal for this final showdown.

The Rebels have got some extra artillery of their own

Look at all these ships! From the looks of these janky, raggedy-ass spacefighters, we now know for sure that the Resistance has some serious backup. They're going to need it–it looks like the Empire is more powerful than it's ever been before.

C-3PO may finally be powering down–or rebooting, at least

Anakin Skywalker's golden protocol droid has seen a lot in his many decades of service. He's also been bullied by literally everyone onscreen. In this scene, the droid says he's taking a look at his friends "one last time." Are they shutting the old boy down? Or does he contain important knowledge from Anakin Skywalker from the prequel trilogy-era that the Rebels can use to defeat Palpatine? Perhaps a reboot will let the good guys access this old info.

The team-up everyone's been waiting for is finally here

"Reylo" has been a huge part of the Star Wars fandom lately. Everyone wants to see the two stars of the new trilogy come together. And based on this sequence, it seems like the two potential siblings (or cousins?) are putting their differences aside to destroy an old Sith artifact. From the spinning helmet in the shot, it's almost 100% certain that they're destroying the remains of Darth Vader's helmet. But, looking closer, we can see a knife in Rey's hand. Some fans have already speculated that this is the powerful Dagger of Mortis. Are they going through some sort of Dark Side museum and demolishing everything together? 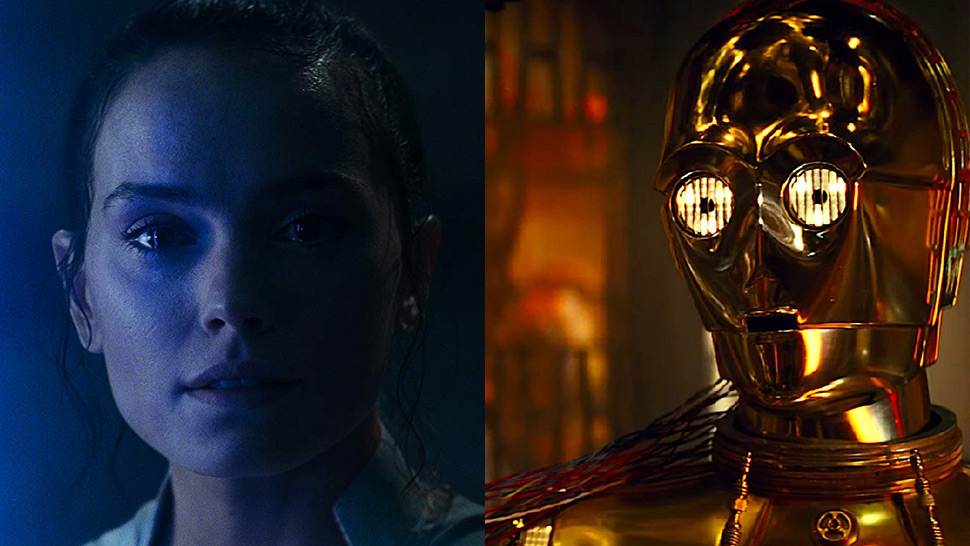 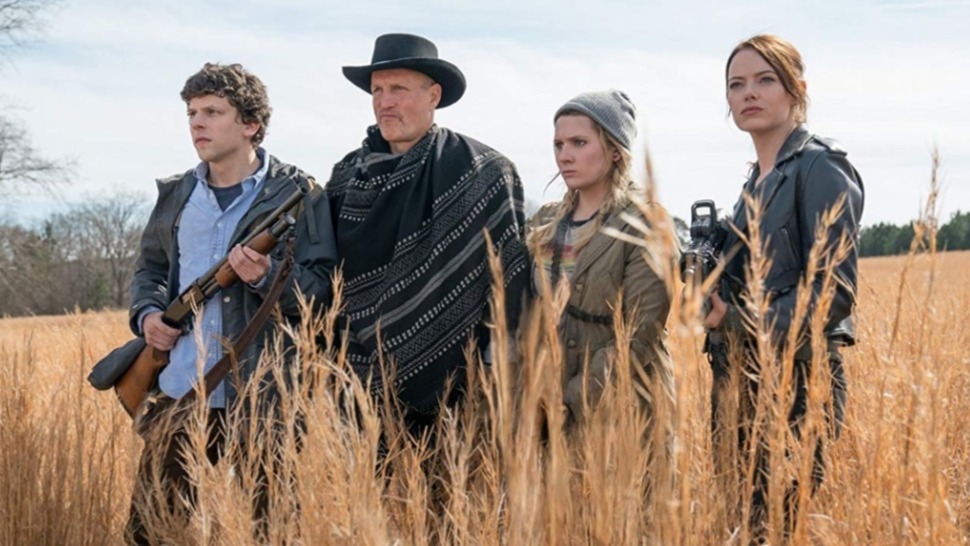 Zombieland: Double Tap Is One of the Funniest Films of the Year

The Final Star Wars: The Rise of Skywalker Trailer Teases a Tragic Moment for C-3PO
All Photos
Comments
View As List