One superfan sits down with the men who were once the biggest boy band in the world.

If I could go back in time and tell young Justin that he would be sitting a foot across from the Backstreet Boys in 2019, interviewing them about their new album, he would have passed out. The Backstreet Boys? No way. But if I told him the whole story—that I would be arguing with Nick Carter in a mostly empty room in the RCA offices in New York—he'd be mortified. But it was necessary. If the Backstreet Boys weren't going to defend their own honor, well then damn it, I'd have to do it for them.

For nearly 30 years, the Backstreet Boys have epitomized pop culture royalty. You don't stay active for over two decades, release 10 albums, and sell out a Vegas residency when you're a nobody. And yet, with all those statistics in their repertoire, Nick Carter looked at me during my sit-down with the band on an afternoon last week and said, "I look at it like we never were cool. And I’m fine with that." 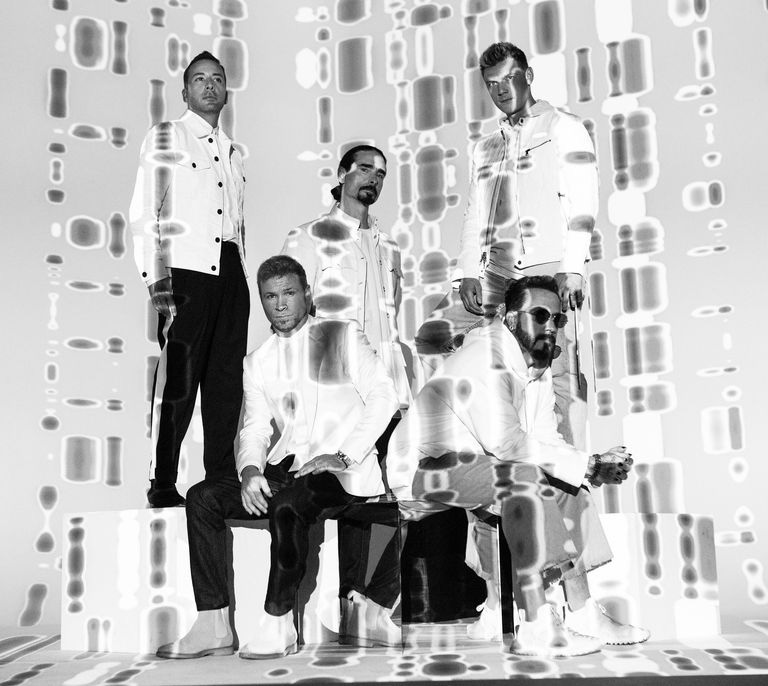 These were the guys who jumpstarted my first foray into pop music. I saved my allowance to buy Millennium the day it came out. I took a picture of Nick with me to the barber shop! (Aside: That haircut did not work, and I had to get a buzzcut.) I mean, I considered making cookies for this interview until I realized how weird that might be.

I'm not fine with the Backstreet Boys considering themselves uncool. None of them seemed to disagree with him either. Leaning back in his chair with sunglasses on, AJ McLean agreed, "We’re all family men now. We all have children. Certain things in our lives are more important than the daily grind."

I countered that you can't talk about One Direction or BTS without referencing the Backstreet Boys. They're icons who shaped the future of popular music.

Twenty years ago, Millennium was the highest selling album of 1999. The album still holds the record for most albums shipments in a year with 11 million units. This was also the time when their time on the road was most grueling. To hear their side of it, what appeared coiffed on the outside was borderline gross on the inside. AJ had a habit of picking his nails. Nick had a habit of picking his nose. Kevin was always late, though Howie took the longest to get ready. He defends himself saying, "Had to find my look. I don’t do that anymore. I know my shit."

The group rode that wave into 2000 with the release of Black & Blue, and then for a couple years, they took a hiatus. But the music industry can be unforgiving, and as time went on, it didn't take the Boys' breather into consideration. As we discuss those years of superstardom, Carter says, "You go through these ups and downs. There’s times when we were doing the music with Max Martin, we were getting the A-material, and then..."

He trails off a bit. That drop off in "A-material" coincides with the mid-2000s when the Backstreet Boys were shifting more into Backstreet Men. Other boy groups were coming along. There were tumultuous personal issues within the group. Kevin left the band for a while. It's all more complicated than a Wikipedia page can describe. By the time Never Gone came out, it sold a fraction of their peak albums. When Unbreakable followed, it sold a fraction of a fraction. Backstreet was decidedly not back, alright?

That's hard to digest as a fan because my Backstreet Boys are a moment in time: a portrait of early 2000s pop-rock deities who never missed a dance step. I don't remember the difficult chapters because I don't want to. Memory can be selective like that. That's why their new album, DNA, is so exciting. It mixes today's popular electronic synth-pop with the classic Backstreet Boys vibes from their early days. But when you really listen to the album, it's clear that there's more inside. As Kevin Richardson put it, "the album that we made has a lot of variety... it is the DNA of the five of us."

The guys spent three years putting the album together: there was no deadline to hit or follow up necessary. All that was at stake was a good collection of music. They worked with Stuart Crichton, a Scottish music producer who brought them "Don't Go Breaking My Heart," which landed them their first Grammy nomination in over a decade. They parted ways with their previous producer, Max Martin. And to hear it from the band's perspective, they started working with people who believed in them again.

Carter explained that the choice was necessary, "There were people who really [weren't] giving us the time of day anymore... you know: you’re in a boy band." Brian Littrell cuts him off to add in, "What makes the Backstreet Boys cool again? It was good timing. It was us believing in our ability, but it was also not negating the fact of where we came from and all of the notoriety we had in the past."

Again, with this cool thing: I couldn't communicate to these guys how big their influence was. How my brother and I waited at Burger King to get the exclusive mini-album that came along with the purchase of a regular size value meal. We were children. This was a sacrifice.

But that's when Carter finally said something that made it all make a little more sense: "When you’re trying to be something, people can see through that. We’ve been living it for 25, 26 years, and we’ve had those lows."

Cool isn't the objective anymore. At this stage in their career, the newness of it all is gone. What replaced it is a wisdom. The Backstreet Boys may feel the same to me, but DNA isn't a "comeback tour." It's just the next stage of their journey. The Vegas residency that finishes up this year will lead into a giant tour, and though there will be throwbacks, the Backstreet Boys is and isn't the same band from yesteryear. Littrell added, "It’s accepting all those things and putting it all together and being ok with [the past], but also being able to move on and grow up."

In DNA, the group has managed to find that middle ground better than I could describe it. In "Chateau," they abandon Millennium's "Don't Want You Back," for a song of forgiveness that sings the contrary: Baby, I want you back. Twenty years after the fact, the Backstreet Boys have created an album with the levity of catchy pop music and the gravity of men who seem to know better.

Watching them relax a bit after a long press tour and be really honest about their place in pop culture is a reminder why DNA could be a bit different than albums they've released over the past decade. This version of the prolific boy band is relatable and weird and more self-assured than they ever could have been in their early years. They're a family with families of their own now, and they've filtered that relationship into a new album they hope will propel their careers forward in the 21st century.

As our time together comes to an end, I decide to just go for it. If Nick can tell me about picking his nose, I can be honest, too. I tell them about the day I remember buying Millennium. I was in a Walmart off the highway, and I bought the metallic looking album. I crushed some chicken nuggets as the haunting laugh that opens up "Larger Than Life" burst through the speakers of my three disc CD changer. I took a quick minute to just lay it on the table and explain to the Backstreet Boys, cool or uncool, how incredible it was to sit in front of them 20 years later. And whether or not they were putting on an act, they thought that was really cool that I had that story.

While I appreciate the compliment, I'll pass. If the Backstreet Boys really aren't that cool, I don't want to be either. As far as I'm concerned, that's good company to keep. 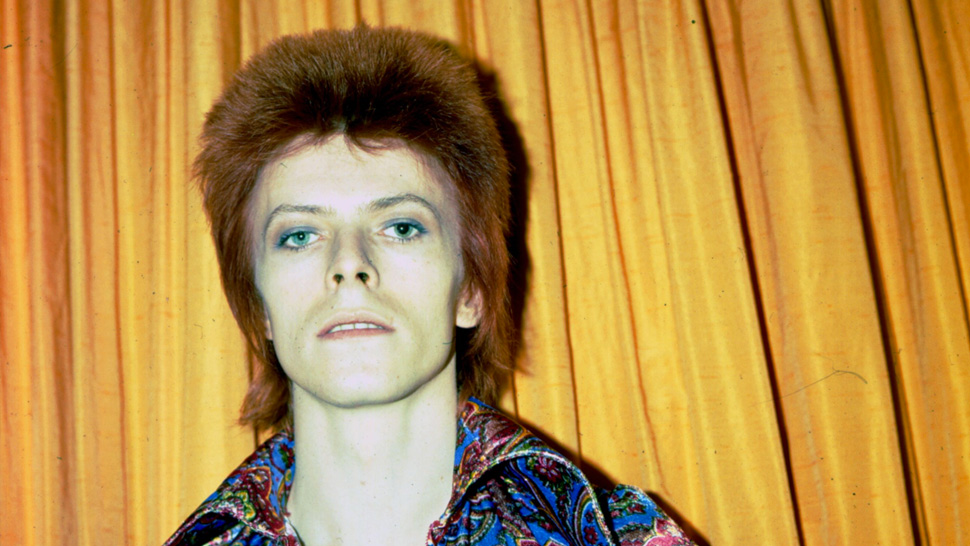 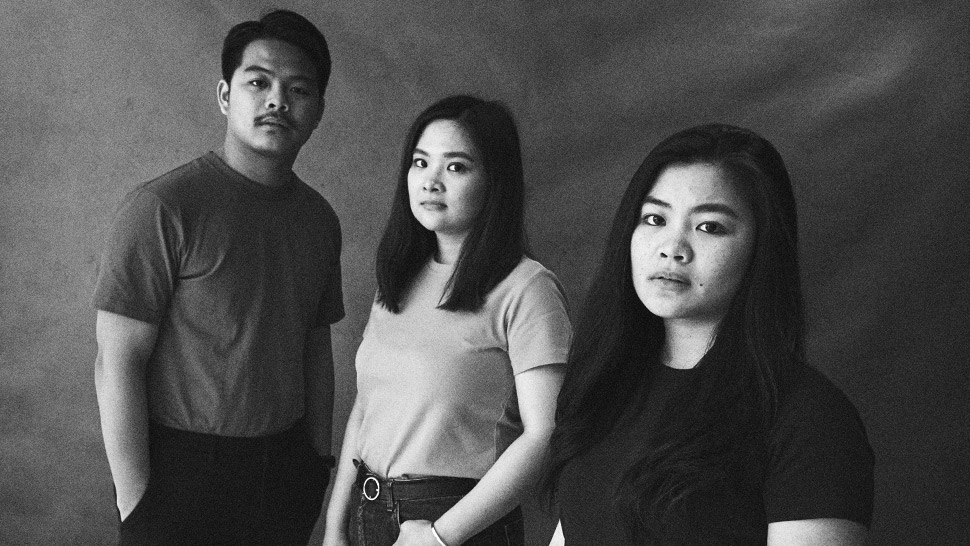 “We Almost Gave Up”: The Story of Wanderland Music Festival
All Photos
Comments
View As List