What were they thinking with Tony Bennett in 1995? 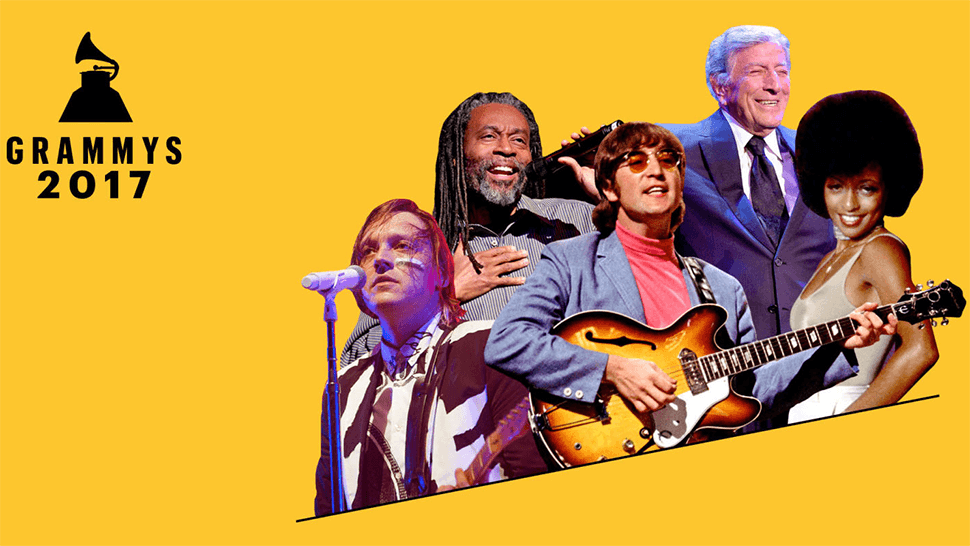 The Grammys are coming! Get ready for some questionable winners, some tightly-controlled all-star jam sessions, and an in memoriam segment that is nine hours long.

But what can history tell us about what will happen in the four major categories? Who will go home a winner, and who will have to settle for a lifetime of relevance? Let's take a ride on the wayback machine and revisit some of the best, worst and weirdest winners of music's most self-congratulatory night.

THE BEST: This category has been the kiss of death to artists like Starland Vocal Band, Christopher Cross, and, if all goes according to plan, Meghan Trainor. But it's also gone to Adele, Amy Winehouse, Bob Newhart (really), and Esperanza Spalding over Justin Bieber, so it's not all bad. Just mostly. But in 1965, the Academy passed the ultimate test of credibility and gave this award to The Beatles. Would it have been tempting for the rockophobes of the Academy to give Petula Clark or Astrid Gilberto the nod? Undoubtedly, but some things simply cannot be denied. Here are the boys on the set of Help, receiving the award from Peter Sellers. The world used to be much cooler.

THE WORST: 1979's Best New Artist nominees included angry then-young man Elvis Costello, new wave visionaries The Cars, and a band that was literally created in a laboratory to win Grammys: Toto. Instead, the Academy gave the award to… A Taste Of Honey, then briefly known for their disco smash "Boogie Oogie Oogie."

THE WEIRDEST: In 2001, Shelby Lynne won Best New Artist for her sixth album, 14 years after Whitney Houston was disqualified from the category for having recorded a duet with Jermaine Jackson the year before.

HONORABLE MENTION: In 1999 Christina Aguilera beat the favorite Britney Spears (and Kid Rock, who somehow we are still dealing with) and delivered one Donald Trump tweet of an acceptance speech. You guys!

THIS YEAR: We're pulling for Chance the Rapper, but this is the Grammys. Expect The Chainsmokers.

Song of the Year

THE BEST: "Single Ladies," Beyoncé. It feels so light, almost frivolous, given what Beyoncé has put out into the world since, but few songs this century have saturated our nichified culture so thoroughly. You can still do the dance without looking it up on YouTube, and you have our permission to perform it at your desk, right this second.

THE WORST: "Don't Worry Be Happy," Bobby McFerrin, 1989. We will concede that McFerrin's a cappella performance, nearly a quarter-century before Pitch Perfect and Pentatonix made such things ubiquitous, is impressive. But production and performance are considerations for Record of the Year (which this thing also won, over Michael Jackson's "Man in the Mirror"). The idea that this was the best-written song of 1988 is ludicrous. It's not even the best-written song on the Cocktail soundtrack. (It's also not the worst; that would be "Kokomo.") Here's Bobby McFerrin, going all Police Academy with Billy Crystal, something a loss in this category might have spared us all:

THE WEIRDEST: In 1992, Irving Gordon won for Natalie Cole's rerecording of "Unforgettable," a song that had been originally been released 41 years before. Like the federal government, the Academy plays by its own rules when it feels like it.

THIS YEAR: There is some traditional Grammy fodder in this category (Adele's "Hello," Lukas Graham's "7 Years,") plus last year's tastiest kiss-off (Justin Bieber's "Love Yourself") and its saddest dance hit (Mike Posner's "I Took a Pill in Ibiza"). But only "Formation" added something to the conversation. Expect it to win, and expect Fox and Friends to have opinions.

Record of the Year

THE BEST: "Not Ready To Make Nice" Dixie Chicks, 2007. Few artists have been so vilified as the Dixie Chicks in the early aughts, which is what made their double-bird of a comeback single so satisfying. It was the exact right song at the exact right moment, and this year it is more relevant than ever. Shame they had to collect the award from a Quentin Tarantino at maximum Poochie.

THE WORST: "Here We Go Again" by Ray Charles and Norah Jones, 2004. Coming months after Charles' death, there was no way it wouldn't win, but that it beat out "American Idiot," Usher's "Yeah," and standard Grammy bait like "Heaven" by Los Lonely Boys is a tragedy. (It also beat Black Eyed Peas' "Let's Get It Started," which is fine by us.)

THE WEIRDEST: "Somebody That I Used to Know" Gotye featuring Kimbra, 2013. Sure, the song was ubiquitous in 2012, but is that the same thing as good? I will quote my friend Caissie here, who calls this song "the last song they play at the Skeleton Prom."

THIS YEAR: It's "Hello" vs. "Formation," and I suspect Grammy voters may suffer from Adele fatigue. (Plus, the song is a year and a quarter old by now, and thanks to the Internet, even old people have attention-deficit issues these days.) I lean toward a double victory for "Formation," which will make it our generation's "Don't Worry Be Happy."

Album of the Year

THE BEST: (tie) Arcade Fire's The Suburbs and Paul Simon's Graceland. At its best, this category can pluck a deserving album out of relative obscurity and push it up the charts. Graceland was a fans-only affair in 1986, with a modest hit single in "You Can Call Me Al," until the newfound attention propelled it to sales of over 16 million. Similarly, Arcade Fire's win in 2011 put them on the map and sent angry Katy Perry and Lady Gaga fans to Twitter to ask "Who are The Suburbs?"

THE WORST: Tony Bennett: MTV Unplugged. At its laziest, the Academy gives a lifetime achievement award in this category: think Steely Dan's Three Against Nature or Santana's Supernatural. But they outdid themselves in 1995, giving Album of the Year to a Tony Bennett greatest-hits concert, and raising the question: "When was Tony Bennett plugged?"

THE WEIRDEST The Bodyguard: Original Soundtrack Album. Granted, it was inescapable in 1993, but can a collection with nine artists and 19 producers be called an album? Should it be in the same category as R.E.M.'s Automatic for the People, which it beat? And if so, shouldn't the Reality Bites soundtrack have won the next year? 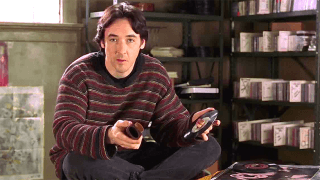 10 Most Underrated Valentine's Day Songs to Impress Your Date 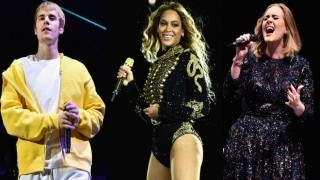