The singer and songwriter adds another title to his growing list of achievements.

Offshore Music’s logo features the silhouette of three men in various stages of hurling a briefcase into the air. The stills are taken from a music video by Ely Buendia’s band. No, not that one; his new band called Apartel.

It’s an odd choice for a logo, but to hear the musician explain its significance, it makes perfect sense.

“We thought it was the perfect image that encapsulates what Offshore is all about: no rules, no preconceptions, no limits,” he said, before adding as a joke, “No plans, no cash.”

Offshore Music is an independent record label that has been around for about two years. Buendia is its chairman and one of its founders. Along with his team, including his business partners, he officially launched it last Thursday, October 4.

Those things include the official launch of Apartel’s sophomore album Full Flood, as well as upcoming releases from Offshore’s stable of artists—The Late Isabel, Jun Lopito, Eyedress, One Click Straight and EB x IW, the collaboration between Buendia and the Itchyworms. 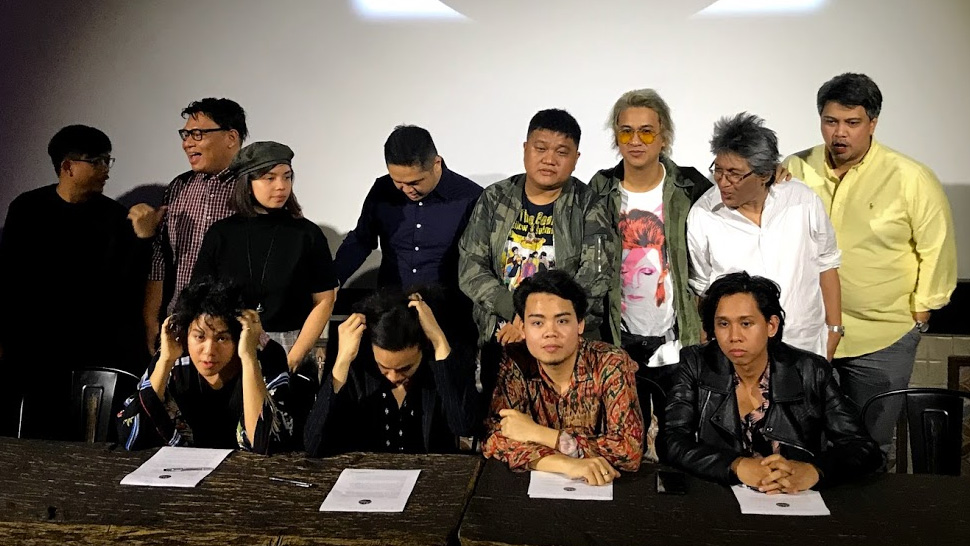 Buendia admits he’s still easing into his role as a record exec, but it’s one that he obviously enjoys.

The artists themselves all seem to be quite thrilled they’re with a label headed by a virtual icon in the local music industry.