Mae in Manila: Yes, You Can Enjoy the Concert of an Artist You Barely Know

Unless your favorite artist is playing, concerts just don’t appeal to a lot of people, especially considering how stupidly easy it is to just go online and watch a (recorded) live performance. So, I wasn’t too thrilled when I got an invite to watch American indie-rock band Mae recently. Though I’ve heard a few of their songs (thanks Spotify suggestions) I’m mostly unaware about who they are. But I had nothing to do that night, so might as well, right?

The band wasn’t the only thing unfamiliar

The venue was 123 Block along Pioneer St. in Mandaluyong, which isn’t on Google Maps or Waze. So, I’m watching a band I barely know in a place I haven’t heard of—not really the best of starts. Luckily, a quick Facebook search showed 123 Block as a chill-looking, industrial-style spot with regular performers, most of whom are indie bands. Arriving at past 7 p.m., I was led inside a literal warehouse. Was I in the right place? My slight apprehension immediately vanished upon seeing the place: it was a two-level art gallery, cafe, fitness center, and gig place rolled into one. Cool is the word.

Front act Thirds (which was followed by Lions and Acrobats) was already playing when I arrived, so while waiting for my friend, I took a peek at the gig area. The place is quite small and could probably fit around 200 or so, but it was seemed perfect for Mae’s intimate semi-acoustic set. The place radiated with the kind of energy a bigger venue might have a hard time recreating. Red Ninja Productions had the right idea picking this place.

Veteran concertgoers know better than to go to a gig without eating first, but luckily, Café 2.0 was just upstairs serving keto-friendly dishes. My friend arrived and we both downed Tapsilog with veggie rice (it tastes better than it sounds), then we went down just as Mae was climbing up the stage.

Mae returned to PH after 10 years

Ashley Gosiengfiao was among the many musicians in the crowd

Getting back to the gig area, we immediately noticed that most of the guests were around the same age as we are: late 20s to mid-30s. I found out later that Mae has actually been around for a while, having formed in Virginia n the US in 2001. In fact, the band had already been to Manila, opening for Katy Perry back in 2009.

Ten years isn't short, but as soon as the trio started playing, it felt like hardly any time had passed. On cue, almost everybody sang with the band. Foreigners, locals, solo-flighters, couples, and groups—it felt like everybody in the audience was a hardcore Mae fan.

The band has had six albums since they started, with the most recent one released just last year. But they started off with some of their hits from older albums such as Singularity and The Everglow, to the delight of their fans. With almost everybody singing along, anthemic singles such as “Someone Else’s Arms” sounded like the audience was in the thousands.

The venue was perfect for the intimate set

Not knowing can be a good thing

As for me, I was trying to “digest” the songs and the band itself during the concert. My friend is a Mae fan, so she listed down a few Mae songs for me to listen to a few days before. But they played a lot of songs I haven’t heard before, and hearing songs for the first time during a live performance was a surprisingly refreshing experience. You’re forced to really listen and internalize the lyrics and melody, something we often neglect with how fast-paced we consume music nowadays.

Not that Mae’s music is hard to internalize. In fact, it was easy to get lost in their songs. The band sounded like a toned-down version of Dashboard Confessional. Songs like “The Everglow” wouldn’t be out of place in a rom-com movie or TV series such as One Tree Hill or Gossip Girl, at least in parts where they don’t actually gossip.

While some might say they’re too cheesy or fall into “pogi-rock” category, Mae managed to keep the songs interesting by pairing emotional lines with cool riffs and melodies. They’re easy and relatable, and one listen to “Suspension” or “Giving It Away” and you’ll find yourself either trying to sing along or getting the feels.

Crowd was singing along the entire night

But then again, it wouldn’t have been as enjoyable if the crowd wasn’t as great as it was that night. Cellphones only came up for a few seconds during their most popular songs, with most people preferring to actually listen and enjoy the moment. Most of those in the audience sang non-stop with the band, even humming the bass lines and riffs. You can even hear harmony in the different areas of the venue.

In the end, it didn’t matter if the band played perfectly (they didn’t, but almost no one does in live performances) or not. They delivered a memorable night for both old fans and new listeners like me. It goes to show that with the right crowd, venue, and of course, companion, concerts even of bands you barely know can still be loads of fun. And it really was. 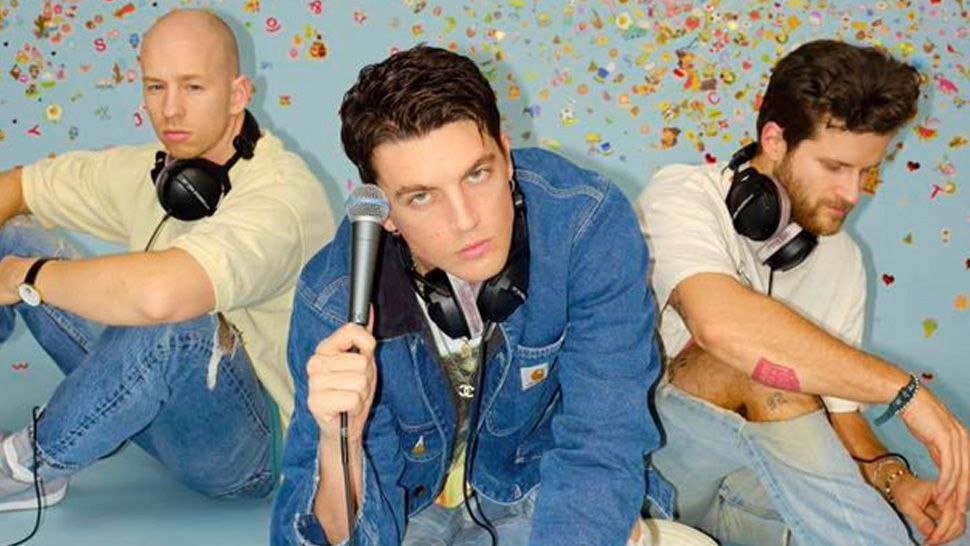 LANY Is Coming to Cebu. Mark Your Calendars Now.
All Photos
Comments
View As List