In front of 800 people in a London skate park. 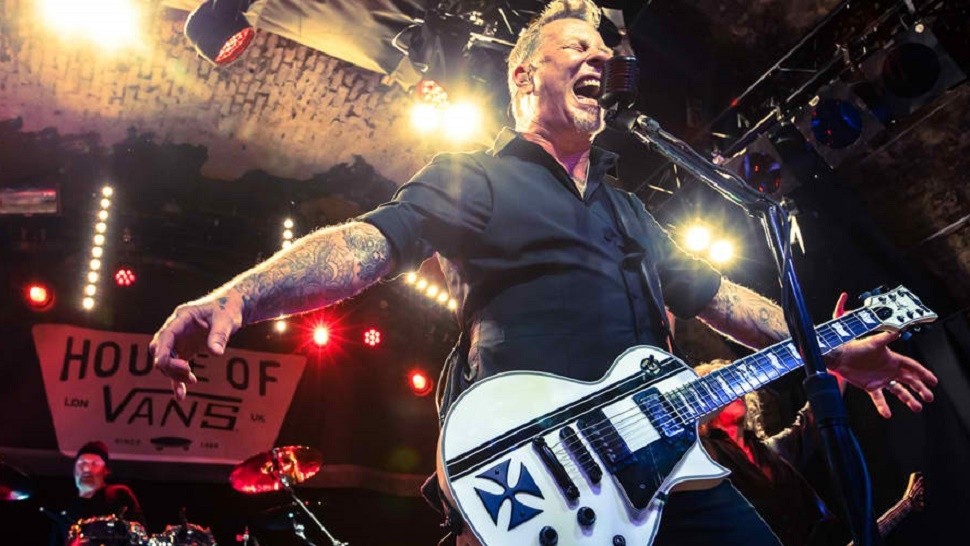 "Any old Metallica family out there?" James Hetfield asks from the tiny stage of London's House of Vans, a bank of retired Underground tunnels repurposed into a multi-room, multimedia entertainment complex, including a music venue that fits around 800 people. Right now the place is packed to the gills with diehard Metallica fans, some of whom have been here since 7 a.m. when the first of them started lining up.

The crowd, full of aging metalheads, roars in appreciation. "So you're old like us," Hetfield nods in approval, gazing out on an audience with quite a few greying mops of headbanger hair. "At least on the outside."

Inside, all of us here who've been listening to Metallica for decades feel like teenagers again, back when we discovered the band for the first time. Even the few hipsters scattered throughout the crowd—who look like they normally spend most of their time at concerts with their arms crossed and their brow knitted—are also banging their heads, throwing horns, and screaming along.

The band seems as happy to be there as anyone. Some artists treat one-off sponsored gigs like this as an easy way to snag a fat check with little effort, but Metallica looks clearly energized by playing a stage the size of a modest practice space, with the crowd just arm's reach away. The four of them grin their way through a set that's heavy on early-career anthems and metal-nerd treats, like the cover of the obscure early British metal band Budgie's "Breadfan." The obvious pleasure they take from playing only riles the crowd up even more.

That in itself is worth the flight from New York to see. Outside of their most dedicated superfans, it's commonly understood that there are two distinct phases in Metallica's career: the early days when they were the best heavy metal band on the planet, and then the bad years, after they cut their hair and went "rock" with 1996's Load, when creatively muddled, shitty-sounding albums and the bad vibes from their feuds with Napster—and each other—served to alienate entire legions of their fans. 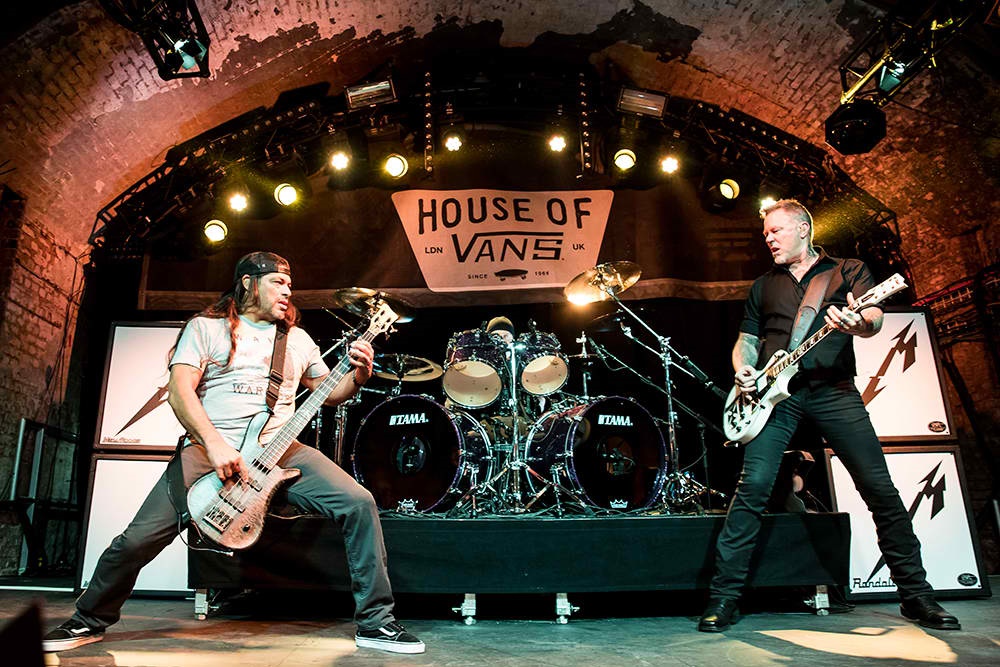 The members of the band itself seemed to have had as miserable a time during that period as the fans longing for a return to the Master of Puppets days. For all of its unintentional pampered-rock-star comedy, their notorious 2004 documentary Some Kind of Monster does contain one extremely poignant scene in which James Hetfield watches former bandmate Jason Newsted play a smallish theater show with his new band, an unexceptional post-grunge group that no one would care about if Jason Newsted wasn't playing bass. Looking down on Newsted having a blast on stage with his dumb new band while Metallica's inches from buckling under the weight of the pressure to stay one of the biggest rock bands in existence, Hetfield looks absolutely crushed.

The look on his face at House of Vans suggests that things have turned around since then. So does the band's album. Hardwired...to Self-Destruct is the album fans have been asking for for years, and one that had started to seem like an impossible wish: a Metallica record that sounds like fucking Metallica. One with thrash metal songs about how fucked the world's shit is. One that you can scramble your brains as you headbang along to it. One that, unlike the almost-good Death Magnetic, wasn't sabotaged at the very last minute by an insanely terrible mastering job.

Celebrating the day of the Hardwired's release with an intimate performance aimed at the hardcore fans underlines something that the album already says pretty clearly: that we're now in the third age of Metallica, where the band's finally found happiness in who they are, and accepted that maybe trying to conquer the world just isn't as fun as being a phenomenally great thrash metal band.

After two hours of old hits and Hardwired songs that sound like they could be old hits, the band ends things by playing their iron-clad 1983 anthem "Seek & Destroy" and the celebrating guitarist Kirk Hammett's 54th birthday by pelting him with cream pies, and it feels like being transported back to when the band first played London 32 years ago as a bunch of goofy, insanely talented young metal freaks. As the crowd spills out into the night, it's the ones from up front who walk out covered in whipped cream who seem the happiest. 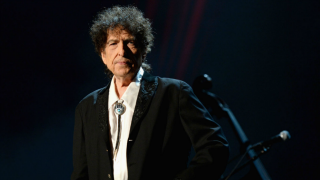 Bob Dylan isn't going to his Nobel Prize ceremony after all 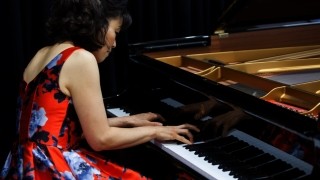