Tori Kelly: "My Dreams Always Involved Music. There Was no Plan B"

We chat with the Grammy-winning artist, who is coming to Manila next month.

There are some people who still probably know her as a contestant on the ninth season of American Idol, but Tori Kelly has achieved so much more since her short stint on the reality singing competition. For one thing, she was nominated for Best New Artist at the 2016 Grammys, and even won a couple of trophies for Best Gospel Album and Best Gospel Performance in 2019.

Boasting jawdropping vocals and inspiring, uplifting songs, Kelly is making her first visit to Manila on April 20, 2020 at the New Frontier Theater in Quezon City. Expect to hear her hits from her early EPs like Handmade Songs as well as from later albums like Unbreakable Smile (released in 2018) and Inspired by True Events (2019). Esquire Philippines spoke to her on the phone recently. Here are excerpts from that interview:

Esquire Philippines: Where are you now exactly and what can you see outside your window?

Tori Kelly: I am in my house in Los Angeles. It’s pretty dark outside so I don’t really see much.

I remember singing as always being second-nature to me. Some of my earliest memories involved music. My dad is a musician and my mom was really into music, too, so I’m grateful to them for exposing me to music so early. Christian music was a presence in our household so I gravitated towards that.

Was there a specific moment when you realized you wanted to pursue music as a career?

I think the transition for me was really gradual, so no, there was no specific moment. I mean, yeah, I started really early and I actually signed a record deal with a label when I was 12 years old. So the dream always involved music. There was no Plan B. Music has always been my number one passion and I feel really grateful that I can call it a job.

I know you’ve never been shy about expressing your faith as a Christian. Why is it important to you to put that out there?

My faith is an important part of who I am. But it’s not something that I would ever force on people. It just spills out naturally, and that’s what I want to share with other people. That’s a big reason why I decided to record a gospel album. It’s a big part of who I am as a person.

Tell us about your songwriting process. Are you someone who can write at random moments or do you have to set aside time to do it?

That’s a good question. I think it’s a mixture of both. Some days, like I’d be out at dinner with friends, and I would randomly get a song idea. I could get it from what somebody said during the conversation and then I’d write it on my phone. Other times, I’d be more disciplined and will sit myself down to actually write. So I have tons of ideas on my phone, some going as far back as four years. I work hard at it.

What’s the best compliment that you’ve ever received about you or your music from a contemporary or someone you really admire?

I’ve met a lot of amazing artists throughout my career, but one that definitely stands out was when I met Celine Dion. We met backstage at an event and I wasn’t even expecting that she knows who I am. I remember she grabbed y hand and complimented my voice and the control I had when I sing. I just couldn’t believe it. It kind of freaked me out. I’ve just been a huge fan of hers for so long and to hear her say those words was just a huge thrill for me.

You’ve toured a lot, especially the last few years. What do you like the most and the least about touring?

I’ll start with my least favorite thing about it. It can be pretty tiring. Sometimes I’d have back-to-back shows and it can be a challenge to keep my voice healthy, especially with unpredictable climate and weather, so it can be really easy to get sick. But the best thing about touring far outweighs the bad, which is that I get to see and meet the fans. That’s why I’m so excited to go on this new tour, because I haven’t been to many of the cities. I’m always excited to go out onstage and to gaze out at the people who are excited to see you and hear you sing. That always gives me energy.

Speaking of touring, you’re coming to Manila and the Philippines for the first time. What do you know about our country?

Oh I’m so excited to finally come to the Philippines. It’s been way too long. I have a few Filipino friends, including Jeremy Passion, and they’ve taught me a few things about the cuture. I’m excited to come and eat the food and meet the fans.

Finally, here’s a question from a superfan: are you planning to sing tracks from Handmade Songs, your first EP?

(laughs) Yes! I’ve been working on the setlist for this tour, and I’m definitely planning on putting a few of the older songs on there. That’s how I got my start, so I’m looking forward to injecting a bit of throwback on there. 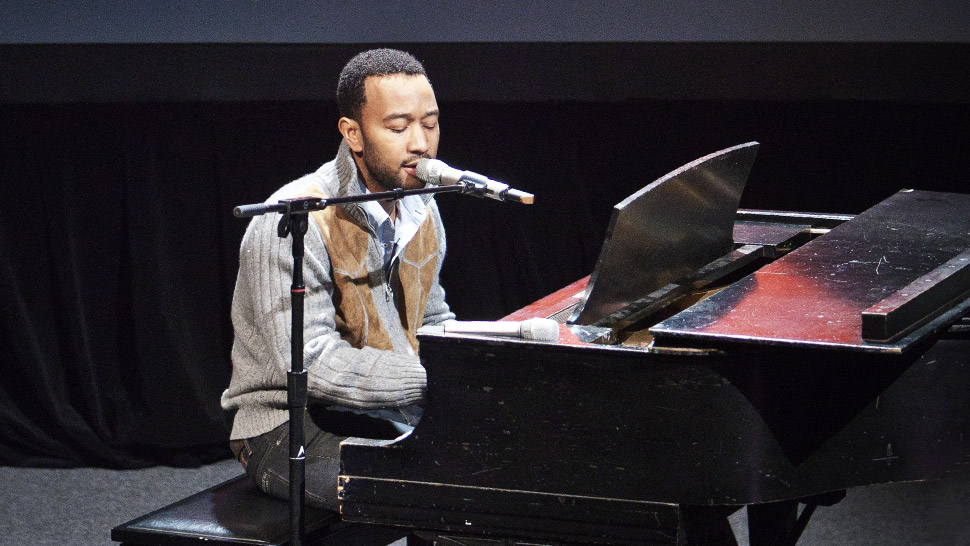