Be a responsible online citizen.

No one seems to be able to escape from fake news these days. Even those who don't consider themselves gullible have found themselves appalled by a disturbing video, only to find out later on that it’s been altered. And who hasn’t fallen for news of some famous person dying even when he or she hasn’t?

According to a Pulse Asia Survey, 79 percent of Filipinos who go online are aware of how widespread fake news is on the internet. And that’s a problem for an online-savvy nation that has half of its population admitting it has changed its views about the government based on what they see online.

That some of the powerful use of social media to spread misinformation isn’t news anymore.

Since October 2018, social media giant Facebook has taken down more than 200 pages in the Philippines from its platform for violating “authenticity” policies. These pages were found to be engaged in “inauthentic coordinated behavior” by using a combination of fake and real accounts to serve as administrators or followers of the pages.

While Facebook has repeatedly reiterated that the pages were taken down not for their content, but for how these pages were run, there seems to be a common denominator among them: most were used to deliver and spread political news.

Critics and governments around the world have already pinned down Facebook for not doing “enough work” to combat falsehoods, especially when several investigations have shown the platform has been used to influence elections in different parts of the globe. The social media giant itself has admitted that it cannot stop fake news from spreading but insisted that it has taken steps to prevent it from proliferating further (ie. tapping third-party fact checkers). If that’s already enough remains debatable.

But with all this information at hand, it seems irresponsible for online users to simply just lay the blame on the perpetrators of this vicious practice and on social media platforms. Half the work has to come from the users.

So how should an online user protect himself or herself from fake news, at least on the world’s biggest social media platform?

Facebook Head of Cybersecurity Nathaniel said one basic way users can protect themselves from falling for fake news is by simply taking the time to stop and digest the piece of information at hand.

“The first thing is if I read something is, I stop before I share or repost it. Just, think about it and in particular, the simplest thing to do is to go online and check. Go on and compare it with other things,” said. “Looking at a different perspective makes a huge difference. That’s one thing.”

Sticking to a two-source rule can be tricky especially if a user also relies on obscure and questionable news sites. Fortunately, media outfits and academic institutions have come up with ways to help readers fact-check news bits. International media organization Agence France Press runs its own fact-checking site. The University of the Philippines and select media organizations have also teamed up to run an online fact-checking initiative called Tsek.ph early this year. With multiple sources available, any online user can now easily double check if any news bit is based on facts.

Facebook has also rolled out some transparency features over the last few months that may help users in verifying the sources of the information they see on the platform. Links shared on the platform now have a corresponding “information button,” which shows information about the page that has shared the particular link.

“If you’re looking at an ad, you can click on the page that’s running the ad and check what are the other ads they are running,” said.

Recently, Facebook pages have started sporting transparency badges on their home pages, showcasing their history, from the date they were created to the different name changes the pages have gone through. This may be particularly helpful in tracking pages run by malicious organized networks. One of the tactics of page administrators that spread fake news is that they take over an already popular Facebook page, then change its name. This way, the administrator can already leverage on a page with thousands of followers and not spend months building a following.

For someone just casually browsing through his or her timeline, these steps may sound like a lot of work. After all, what’s the harm if you aren’t sharing the dubious piece of information anyway? But this apathetic and nonchalant way of thinking is exactly what fake news perpetrators take advantage of. Becoming a mere observer in this chaos is just one way of contributing to the problem.

“The users have the capacity to make a big impact on social [media],” said. “So, just, take control. There’s a little bit more digging that we all can do. And it turns out that a tiny amount of digging can make a huge difference.” 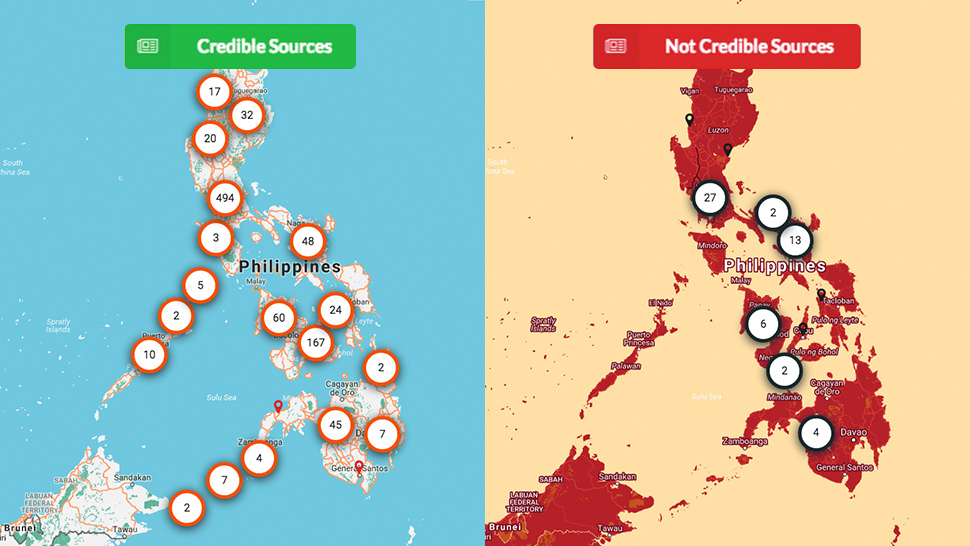