Back when Facebook was not as popular as today, we used to frequent these sites for our daily dose of social media. 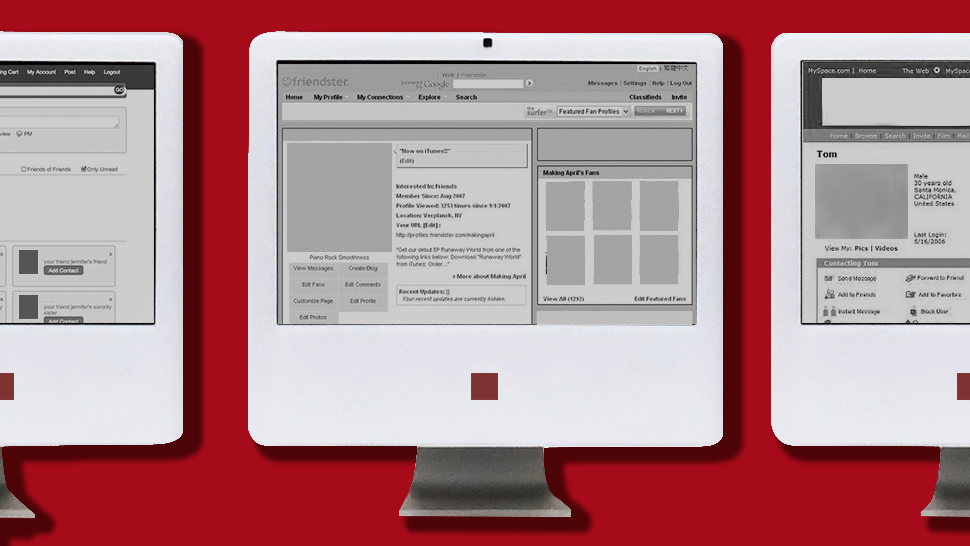 Multiply was a platform where people uploaded various media such as photos, videos and blog entries, but it’s real charm among many users was its unlimited photo sharing. With the unlimited photo sharing feature, people uploaded massive amounts of photos without losing so much of the photos’ quality. People had these photos sorted into different albums, segregated into different dates.

Multiply was launched in 2003. At its peak, it had 11 million users, a chunk of which came from the tech-savvy, digi-cam wielding Filipino youths in their late teens to early twenties. When Facebook gained popularity in the Philippines from 2007 to 2010, Filipinos just forgot about Multiply, which became like a storage space for old photos.

Finally, in 2013, Multiply announced that it was closing shop, and that all photos on its site will be deleted on May 31, 2013. It posed a huge problem for people, who had trouble downloading their thousands of high-resolution photos on Multiply for preservation.

Myspace is credited for creating the concept of a social media and laying the foundations for digital marketing of today. Although it was not as popular in the Philippines as in the US, there were still many Filipinos who used Myspace as an alternative social networking site to Friendster in the early 2000s. When YouTube became popular in 2005, people started embedding music videos into their Myspace accounts.

Myspace was launched in 2003, and was the largest social networking site in the world from 2005 until 2008, when Facebook overtook it in terms of the number of worldwide users.

One thing that attracted users to Myspace was its niche in pop culture and the music industry. When you visit someone’s page on Myspace, you can see that person’s favorite playlists or artists and even listen to songs in these pages. The profiles in Myspace can also be customized to match a person’s interests.

Despite its decline, Myspace still had an impressive 50.6 million unique monthly visitors in 2015 according to the Wall Street Journal.

Myspace still exists today, but has lost its former glory as the go-to social networking site for finding people with similar interests in pop culture and music.

Google+ was a very late player in the social network game, launching only in 2011. There was a lot of buzz around its launch, and many people were curious about it when it came, especially those who were dissatisfied with some of Facebook’s frequent layout user interface changes at the time.

Despite the fact that the social network was powered by tech giant Google, it was no surprise that Google+ failed to lift off the ground against the much more established and entrenched Facebook, which it was aiming to take on.

Google+ offered a feature called Circles, in which users can organize the people they interact with into different circles which have different levels of access into the things you shared. For example, one of your circles could be named “Close Family and Friends,” with whom you can share most of your activities and uploads.

Another great thing about Google+ was that it had no ads. According to Vanity Fair, Google+ wanted to create a better user experience by eliminating ads, which it subsidized easily.

Google+ finally shut down in April 2019 after years of failing to attract more users.

We loved Vine’s short-form videos that lasted only six seconds. It was brief and entertaining. Vine was founded by Twitter in 2012, and launched it in 2013, and was the popular alternative to Instagram. Vine enabled its users to shoot and upload six-second videos using its in-app camera, allowing them to edit videos. Vine’s charm is in its camera’s user interface: the camera would only record if a person touches the screen. This allowed users to create crafty, stop-motion animation on Vine. Vine’s own social network was shareable on Facebook and Twitter.

Unfortunately, in 2016, Twitter decided to pull the plug on Vine. Vine had 200 million active users worldwide.

Aside from connecting friends and family, Friendster was also designed to connect people through the discovery of interests, interacting though games, blogs, and posts, and joining groups by activity or interest.

One of the cheesiest things you probably remember about Friendster were the cringe-worthy testimonials you left for other people in exchange for them writing you back with a similar “testi”. A profile page on Friendster has a section where users could view testimonials left on the page by contacts of the page’s owner.

But wait. If you think testimonials were cringe-worthy, you probably forgot about how Friendster allowed you know who your stalkers were! Friendster profiles had a corner that showed you the people who visited your page. Conversely, people can also know if you’ve visited their profile pages. But this only works if you’ve activated the feature allowing you to know the persons who visited your site.

Friendster became a nearly forgotten piece of history when Facebook saw popularity in the late 2000s. In 2009, satirical site The Onion published a takedown on Friendster, claiming that Internet archaeologists discovered a site of incredible archaeological relic.

Friendster officially shut down its operations as a social network in 2011, opting to rebrand itself as a social gaming site.

For many of us, Friendster represented a part of us that was not as filtered, not so private, and not so refined as who we are today on Facebook, and a that’s part of what we loved about it.