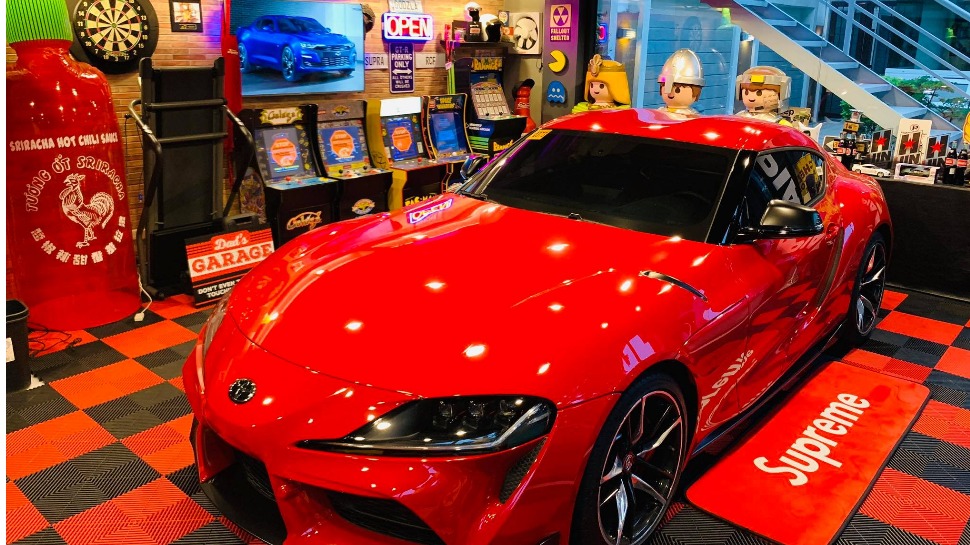 If you grew up in the late 70s or early 80s, chances are you may have missed a large part of your childhood. In 1981, the dictator Ferdinand Marcos totally banned video arcade games, citing destructive social effects. To top it off, Japanese anime robot TV shows like Voltes V and Mazinger Z were also banned from local television.

In the late 80s, video arcades popped up like Andok's Manok chicken on street corner, where kids would drop their precious peso coins to get their arcade game fixes. And yes, Pac-Man was originally an arcade game and not the name of our boxing hero-turned-senator.

Fast forward decades later, these kids grew up to be responsible adults and many of them became businessmen and successful professionals. At home with lots of idle time because of GCQ, it’s not surprising to see a lot of these men would roll up their sleeves and do a makeover of their garages and create their own man caves. The term man cave became popular when it was a term used in the bestseller Men are from Mars, Women are from Venus by John Gray.

One such entrepreneur did just that, and then some. Avid Lego and Star Wars memorabilia collector and car enthusiast Wes Tsai recently found a calling to bring in collectible Lego kits, Star Wars memorabilia and highly prized aftermarket car performance upgrade parts from his various sources in the US and supply them to the local collector community.

At first, Tsai started this for his own use and to help out some friends with similar interests. But the hobby eventually became a business.

We checked out his personally curated man cave, which is lined up with a row of these arcade console games, and the interior peppered with neon signs, a dartboard (of course), an LED TV screen, and a lot of other cool stuff. And of course what man cave would be complete without a car as its centerpiece?

For Wes, it’s an awesome red Toyota Supra, right in the middle of all these collectible toys and memorabilia. It’s his current love and flavor of the month, since he has a few other cars tucked away nearby.

Made by Arcade1up, these are officially licensed cabinet game consoles with over 20 titles and programs to choose from. From the classic games of the 80s and 90s like Pac-Man, Space Invaders, Galaga, Golden Axe, Frogger, Street Fighter and Star Wars, you name it, they have it.

Aside from being licensed products, the games are faithfully reproduced to give you that 80s vintage arcade vibe many Gen Xers grew to be so familiar with. Aside from man cave bragging toys, the games can also be perfect for bars and restaurants, and even for offices looking to let their office staff feel a bit more like they’re working for Google or Facebook.

Tsai also brought in a few classic pinball machines for those who prefer analog games over digital. Some of these models are limited edition and costs about P250,000. For the arcade console machines, prices range from P25,000 to P45,000 depending on the program. They can allow one to four players at a time.

Those who wish to relive their childhood and are willing to part some serious money (well, not serious enough to buy a new iPhone or Samsung S20), be our guest. It would definitely make the Joneses want to get one too. Feel free to reach out to Wes Tsai at +639178888023 if you want to own one of these soon-to-be collectible machines. Who knows? They might once again become endangered species.

Who Was F. Sionil Jose?

What Is a Congress? A Group of Toxic, Cold-Blooded, Slimy Salamanders
All Photos
Comments
View As List