These Forest Rangers Are Unsung Heroes of the Ipo Watershed

Often working in destitute and dangerous conditions, these rangers risk their lives battling powerful forces of greed that seek to destroy their protected areas. 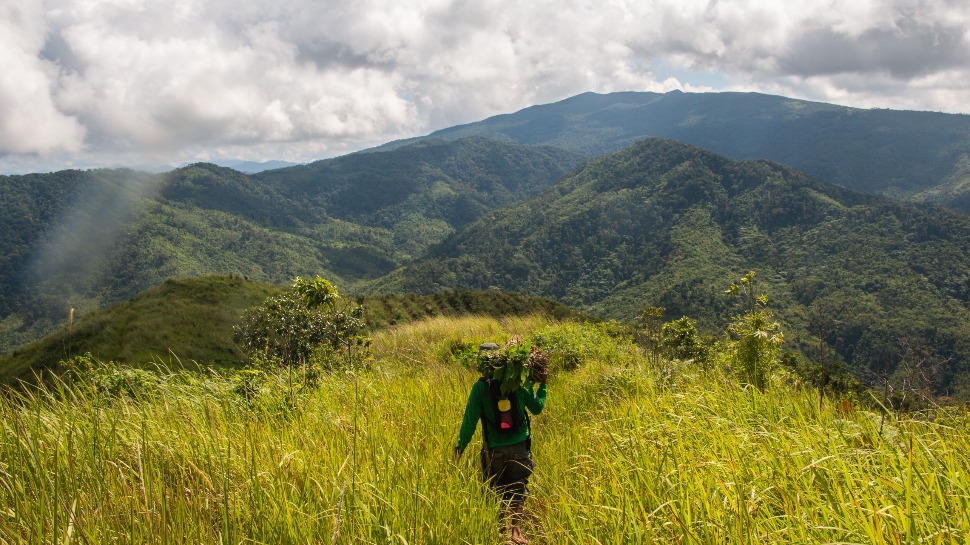 As you reach the summit of Mt. Balagbag, a part of Ipo Watershed, one side of the trails will reveal the Metro Manila metropolis and the other, lush rolling mountains of green. Situated in the boundaries of Rizal and Bulacan, it is part of the Angat-Ipo-La Mesa water system, which provides more than 90 percent of water to Metro Manila.

It is a reminder that cities, however, hidden in concrete, are hopelessly dependent on natural resources to survive.

The individuals who protect our resources often work in destitute and dangerous conditions. Focused in far-flung areas, they are not always the easiest to grant support to. Add to that, as environmental conservationists and defenders, they are often some of the most underfunded and undersupported individuals in the country.

The Philippine Parks and Biodiversity Conservation Service Inc. (PPBCSI) through its partner enterprise Eco Explorations, is one of those that established a partnership with the Department of Environment and Natural Resources (DENR) to reforest a graduated National Greening Program site in Mt. Balagbag. Together with members of the PPBCSI, we visited a bantay gubat ranger station and its native tree nursery where a team of rangers propagate native and endemic seedlings and conserve local biodiversity.

The trek up to the protected site took our group almost an hour to make it to the station, but the bantay gubat says that this hike takes them only 15 to 20 minutes.

For inexperienced hikers, the hike up is slow and slippery. The trail is muddy because it had just rained, but the bantay gubat climb the rolls and dips of the land with ease. They are used to climbing this trail, carrying loads of water, equipment, and other items necessary for their shift.

The rangers water and nurture planted seedlings, propagate and care for new seedlings, do mulching, prepare fertilizers, and weed out invasive species. But while one of their main roles is to care for native trees such as matang-hipon, malau-isak, anubing, calumpit, bangkal, balete, niyog-niyogan, the team of five rangers under PPBCSI also perform a host of other activities to conserve the 30-hectare reforestation site.

For one, they have to create fire breaks to fend off illegal burning, a common occurrence in the area. They also maintain the hiking trail and watch over birds and other living species. But the maintenance doesn’t stop there. As Kuya Rommel recounts, bringing back native trees into the lands is a long and tedious process.

("You can’t just leave [the seedlings]. What we planted this year, we would have to maintain in a span of five, seven, or eight years. Especially if we are cultivating native trees.")

Rommel Rodriquez is the group’s team lead under PPBCSI. His knowledge of native plants and calm demeanor betrays his experience as a bantay gubat for almost 15 years. He undertook the same profession as his father and forefathers long ago. But he explains that the work of a bantay gubat is not something just anyone can do.

Apart from the physical rigors of the job and the local knowledge required of it, it is also at times a lonely profession. Kuya Rommel says that the team takes a turn to do six-day shifts, which means that they have limited time in seeing their family.

Though the work is tough, his work does not have the same dangers as being part of the law enforcement sector, which was something he has experience in. He said encounters with illegal loggers were not uncommon in Ipo Dam.

("There have been a lot of incidents…in the past and even now. There’s a bit of harassment. We don’t You need to have sharp instincts and a strong mind.")

Unlike the illegal loggers, who sometimes have guns from their wealthy benefactors, law enforcement only carries the humble bolo. Sometimes when they camp out, they do not even have all the necessary tools because of a lack of state support.

He adds that other bantay gubat in the Ipo Dam area has been dwindling in numbers. They used to be around 200 rangers in the area, but the number has whittled down to 60. They have been laid off, he said, because of a lack of funds. Delayed payment is a common experience for the rangers in the area. Kuya Rommel says there have been times when their salary was delayed for three to six months. In 2020, Ipo Dam rangers held a strike because of late payments from government bodies.

For Kuya Rommel though, things are looking up, if not for a little bit, as working with the NGO means that money comes in more regularly. The NGO is currently supported by Forest Foundation Philippines through a grant, yet after the grant must sustain the livelihoods of the rangers and need support in the endeavor.

The other 60 bantay gubat deputized by DENR are unsung heroes who continue to protect Ipo Watershed from illegal activities. While the team from PPBCSI focuses on a 30-hectare reforestation site with Eco Explorations, the other 60 monitor regularly over 6,000 hectares in Ipo Watershed and undertake operations to fight off any illegal activity. They have an important and valuable task, often characterized by risk yet they go to lengths and sacrifice to protect nature.

As national elections draw nearer, many are hoping that the next president will have a more dedicated stance on climate action and environmental protection.

Bantay gubat are some of the most persecuted figures in the resource-rich Philippines. Blessed with natural elements and organic foliage, mountains, and forests, riches from Luzon to Mindanao are often sought after by private entities with vested interests.

In a 2021 report by Global Witness, a total of 29 documented killings of environmental defenders were. In 2019, that number was 43. For eight consecutive years, the Philippines’ has taken the top spot in being a dangerous area for environmental activists.

Kuya Rommel says that he and the other rangers in the area have been writing to Malacanang, to no avail. He only has one plea to the next head of the country.

(“Whoever ends up being President, I just wish that they would prioritize the mountains…give a proper salary and benefits.”)

The most important work is often those that go unseen.

And Kuya Rommel put best the work of an environmental defender best, “Kung walang gagawa…kung hindi namin gagawin to, sino, sino yung gagawa nito?”  (“If no one will do it…if not us, then who will protect Ipo Watershed?”)

To learn more about Philippine Parks and Biodiversity, visit their website, Facebook, and Instagram. Interested individuals may participate in their #SupportARanger or #AdoptaTree programs and help sustain the livelihoods of forest rangers. They also encourage the private sector to collaborate in reforestation initiatives. 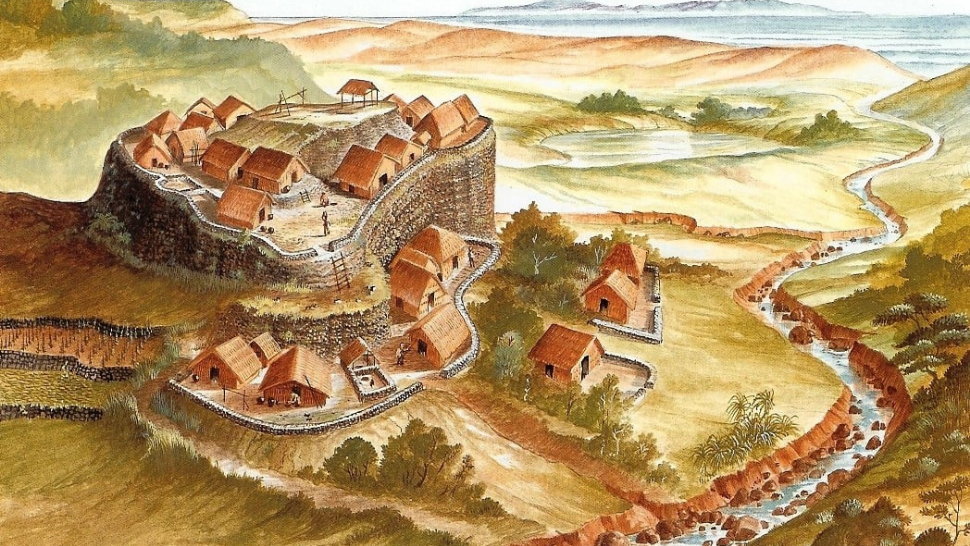 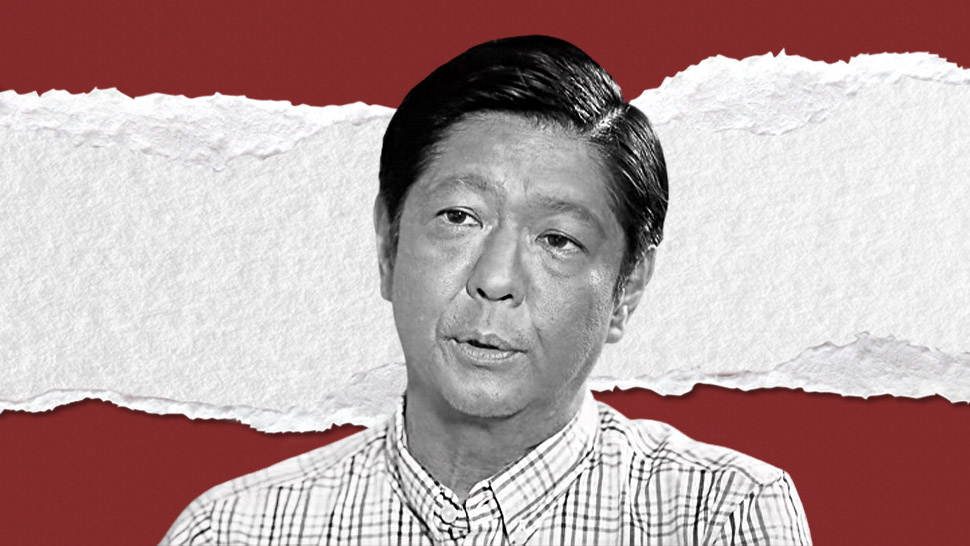