Cops in the Cordilleras are Fighting Drugs...With Country Music? 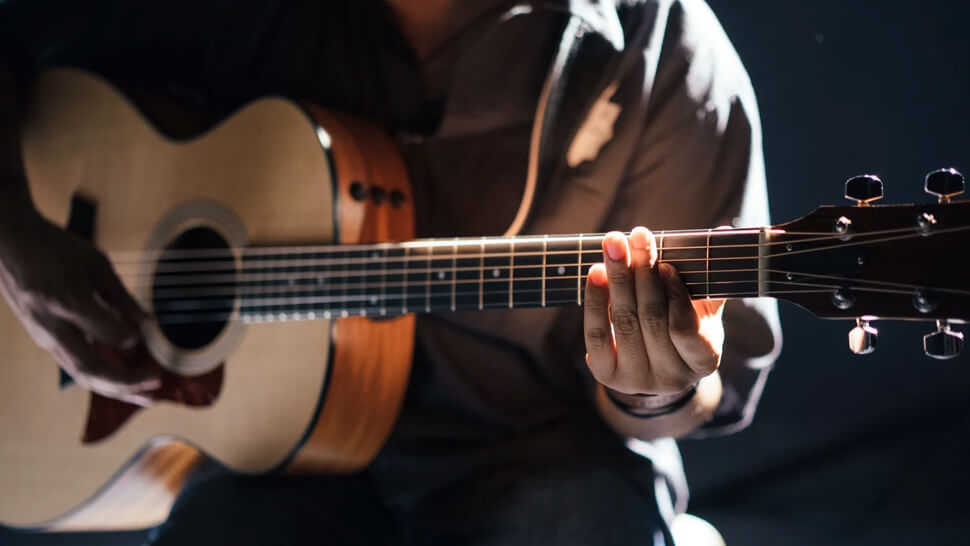 The fingerprints of American colonization are all over the Philippines. Sometimes you have to squint a bit to see, and other times it hits you in the face. In Baguio and the surrounding highlands, you experience both every day.

Riding around in dusty jeepneys, you're more likely to hear Keith Urban than any Pinoy artist. Bus drivers, students, even priests say they “love American country music,” and many residents have mastered the twang of Garth Brooks or Reba McEntire better than bands north of the Mason-Dixon Line. The radio DJs from the country music station sound like announcers at the Iowa State Fair.

While the popularity of U.S. country music in the region was born out of U.S. rule, over the decades it has become a big part of highland Filipino culture and now, the Philippine National Police is using it to promote the current administration’s war on drugs, Vice’s Noisey reported.

In January 2017, the director of the Mountain Province's Provincial Police Office, Tellio Ngis-o, asked Father Marcial "Marcs" Castañeda to write "Drug Free," which would become the official song of his force's anti-drug campaign. As Father Marcs described on Facebook, “The 'Drug Free' song emanated from the dream of the PNP Provincial Director to clear the province from illegal drugs.”

Every institution in the province will sing it at least once a month during flag-raising ceremonies, and schools and offices will be required to sing it regularly.

Raised in the highlands and influenced by U.S. country singers Garth Brooks, John Denver, and Collin Ray, Father Marcs wrote "Drug Free" as a country song that pulls from the twang and tune of many older U.S. country hits. “We envision our country free from drugs…Families, communities, the church and the government, hand in hand we all must work, and in unity we can achieve a drug free community,” he croons over a simple electric guitar.

Father Marcs says he supports an approach to the drug war that includes due process and rehabilitation—not killings. He told Vice he wrote Drug Free to “promote cohesion between the community, the police, the local government, and Church. Here this is happening more. You don't see the daily killings like you see in Manila.”

PNP head Ronald “Bato” dela Rosa commended the priest’s work in April, saying, “The PNP is elated to receive the contributions of the religious sector in our aggressive anti-drug campaign because we really need the support of everyone to curb the proliferation of illegal drugs in our midst for us to achieve the long overdue dream of the people for lasting peace in our country.”

The Church-run station 99.9 Country, which reaches across most of northern Luzon, will now spin "Drug Free" several times throughout the day, while every institution in the province will sing it at least once a month during flag-raising ceremonies, and schools and offices will be required to sing it regularly.

On November 17th, Bontoc, Mountain Province held a "Drug Free" Battle of the Bands competition, where high school contestants performed different versions of the song. The aim of the event, according to its Facebook page, was to “Let music shake the hearts of drug personalities to reform perpetually.” Father Marcs also wrote that the event was “not about the competition of musicians. It was first and foremost the display of support to the government and the church on the thrust to curb or stop illegal drugs in the community.” 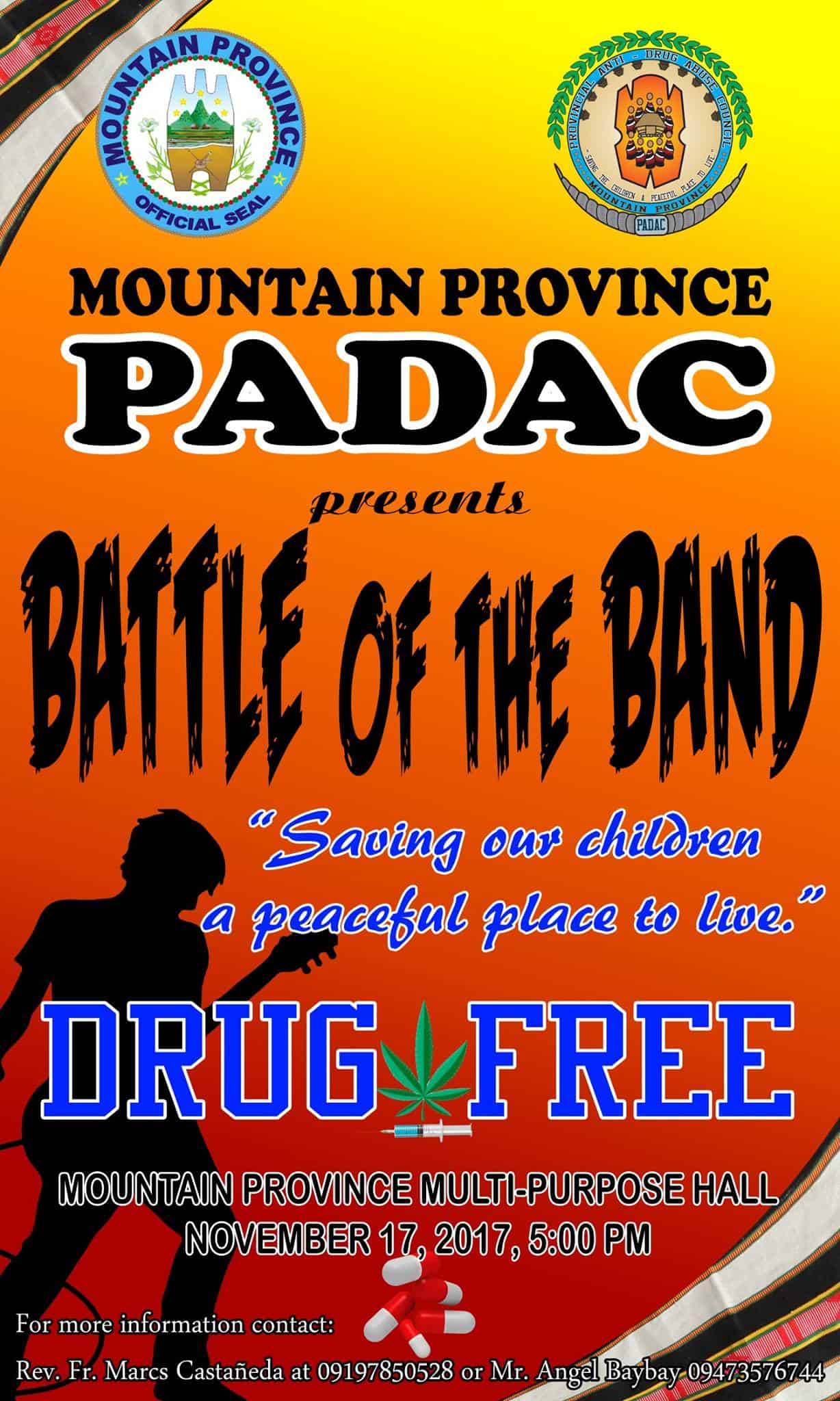 In a region where a large percentage of the population supports President Duterte, it is no accident that the PNP chose to speak to the people through country music. It is a genre that celebrates a simple, rural lifestyle and which largely remains committed to traditional values. DJ Windtalker, a host at 99.9 Country, says: “Pop abounds with immoralities. Country music speaks to that tradition of standing up for your convictions. Duterte hates corruption and stands up for his convictions... He's a shooting cowboy.”

In case you missed them, here are the lyrics of "Drug Free":

We envision our country that’s free from drugs
We move with optimism and all be involved
Families, communities, the church and the government
Hand in hand, we all must work.
And in unity, we can achieve a drug-free community

[Chorus]
We have a beautiful country to live
We have one common home to stay
So let’s work together and make it a better place.
Let’s save the children a peaceful place to live.

Let us see, judge, and act now to stop illegal drugs
Let’s be brave to face the mission and conquer them all
Stop drug addiction, save your precious life
Reform now and you’ll be free
With our God, the Almighty, all will be well again

About The Author
Sarah Kinosian
View Other Articles From Sarah
Get The Latest Updates From Esquire!
Subscribe to our newsletter!
Comments
Latest Feed
Load More Articles
Esquire Money 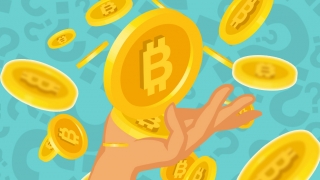 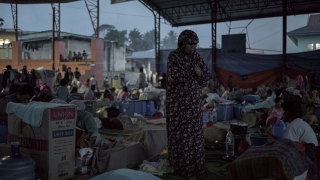 "The risks won’t end when the military declares victory.” (Winning Back Marawi, Part 4)
All Photos
Comments
View As List