What If The Philippines Was A British Colony?

We imagine what the Philippines would look like if Britain did not surrender the country to Spain.

Here’s a fun fact you can share at your next dinner party: For almost two years, from October 1762 to April 1764, the Philippines was part of the British Empire.

It happened during the Seven Years’ War, which saw pretty much every nation in Europe fight each other over something that seemed small in comparison (most wars begin like this when you think about it). It was the first “world” war, in that it was fought on almost all sides of the world—at least, the ones Europeans cared about.

In the end, like most good wars, the Seven Years’ War ended with status quo ante bellum—no changes. There were some territorial concessions here and there, but there were no major shifts in the balance of powers among the great European countries at the time. Manila, which was taken by the British, returned to Spanish hands and would remain with Spain for a hundred years more.

But what if things didn’t pan out like that? Looking back at the Seven Years’ War, we could’ve been a British colony instead of a Spanish one. It’s worth taking a look at what could have been.

How the British Managed to Capture Manila

Before we do that though, let’s take a look at what actually happened. There’s a great three-part series on the British occupation of Manila that you should go check out, but here’s a quick summary: The Spanish entered the Seven Years’ War to honor its alliance with the French, who went to war against the British following George Washington’s attacks on French colonies in North America.

This naturally pitted the two powers and their colonies against each other. Spain was more than a match for Britain and its allies in Europe. But across the sea in Asia, it was the British who ruled the waves. The British had unquestioned control of India, and with it, the full might of the British Raj. Compared to that, Spanish Philippines had nothing. As well, in 1762, the colony technically didn’t have a Governor-General—the last one, Pedro Manuel de Arandia died in 1759 and his replacement hadn’t arrived yet.

In 1762, British forces under William Draper attacked and captured Manila after a siege. The acting Governor-General, Archbishop Manuel Rojo, was no military commander and eventually capitulated the islands to British control. The Real Audiencia, the highest court of the land, appointed Simon de Anda to continue the resistance against the British.

Things would end in 1763 after the Treaty of Paris ended the war. The treaty stipulated that any territorial changes unknown at the time of signing would not be considered. News of Manila’s surrender did not reach the treaty signers in time, and so no real changes were made. By 1764, Governor-General Francisco de la Torre arrived with orders from London to relinquish the government to him, and the British complied, ending the occupation.

What the Philippines Would Look Like as a British Colony

So, let’s go back to our original question. What if the Philippines was British? The premise would hinge on the news of Manila falling to British hands reaching Europe in time. For the sake of our thought experiment, let’s assume that the Treaty of Paris ended up mandating that the British control the Philippines.

A lot of things, actually. Let’s first look at the situation in Manila.

The British had unquestioned control of Manila at the time. Dawsonne Drake was a provisional governor at the time, and it would stand to reason that he would retain his post. He was, safe to say, less than adequate for the position—his short term was marred with infighting between different officers and prevented him from carrying out his duties. Nicholas Tracy, in his book Manila Ransomed, remarked that it was “no wonder he had difficulties, but it is remarkable that he did so badly.”

Another interesting dimension would be the Catholic Church. The British had a penchant for working within existing institutions, unlike the Spanish who opted to replace them with its own. That and Rojo’s capitulation guaranteeing the safety of the Church meant that a great deal of already established Spanish customs and traditions would be maintained in British Manila.

The Catholic Church was nothing to be scoffed at either. In colonial Philippines, the Church was the second highest power after the King. There’s no doubt that tensions would rise between them and the Anglican British. We can look to Ireland to see what sort of conflicts will arise between Catholic Filipinos and their Anglican colonizers.

Outside Manila would be another interesting situation. The reality was that, beyond Manila, British control was tenuous at best. The British was barely able to control the surrounding areas of Laguna de Bay, Cavite, and Malolos, but anything beyond that was firmly in Spanish hands.

We can only speculate how the British would respond. But if India and Africa were anything to go by, it would most likely opt for a decentralized sort of rule. It almost tried it too; Diego Silang in Ilocos and Sultan Allimuddin I of Sulu were two local leaders contacted by the British for support. Silang was even appointed the governor of Ilocos before he was assassinated in May 1763, owing to a lack of actual support from the British.

This tactic of propping up local leaders would prove to be key to the British strategy. Outside Manila, local leaders with anti-Spanish sentiment would be allied with in exchange for what would essentially be fealty. Politically, the situation outside Manila would consist of the British allying themselves with local landowners and anti-Spanish rebels to exert greater influence.

And controlling landowners would be the key to a successful British colony. Though the British had a penchant for retaining pre-existing power structures and cultures, economically, it dominated its colonies and controlled the conduits of those power structures. The same would be true for a British Philippines. Filipinos would gain greater representation in local politics and local Filipino customs would be allowed to flourish, but at the end of the day, it’s British products being tilled on British soil.

A Few More What Ifs from this Alternate Universe

So what would a British Philippines look like? It’s honestly hard to say. The further we go beyond 1764, the more we go from speculation to flat out science-fiction, and it’s just hard to say how things would be affected. America might not invade a British Philippines. Independence might come after the Second World War, like the rest of Britain’s colonies. We might be closer to India than to our other neighbors. And so on.

Ultimately, this is an exercise of seeing how nations develop—how socio-political systems rise and fall due to events in history. British rule may or may not necessarily change fundamentally how the Philippines is wired; after all, by that point, the land had already been divided into a small elite class, and as long as those relations stayed, then the Philippines wouldn’t really change all that much beyond the surface.

One thing’s for sure, though—there’ll still be a transport crisis. No amount of science fiction can change that fact. 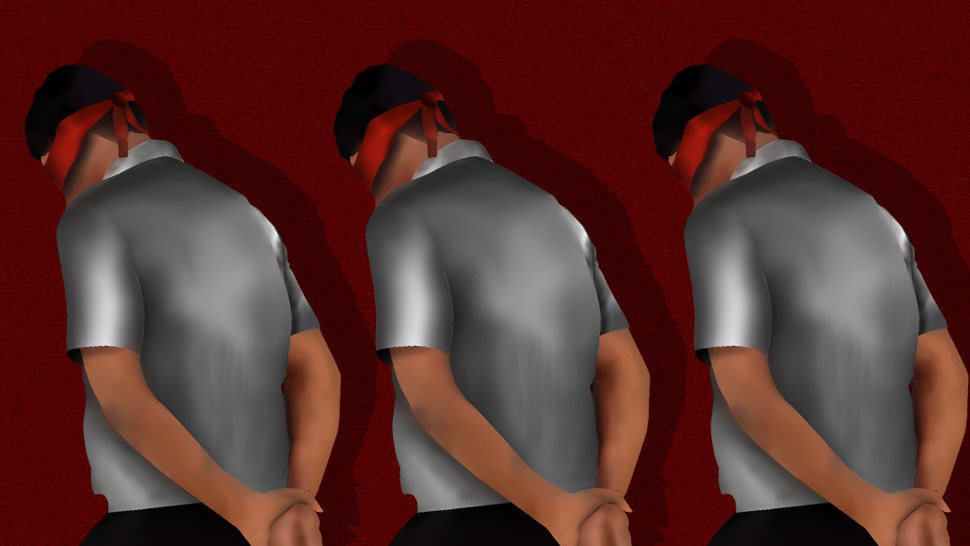 Honor or Horror? A History of Hazing in the Philippines
All Photos
Comments
View As List