"The risks won’t end when the military declares victory.” (Winning Back Marawi, Part 4)

Five months after hundreds of thousands of people fled their homes to escape the war, the residents of Marawi are finally able to go home. 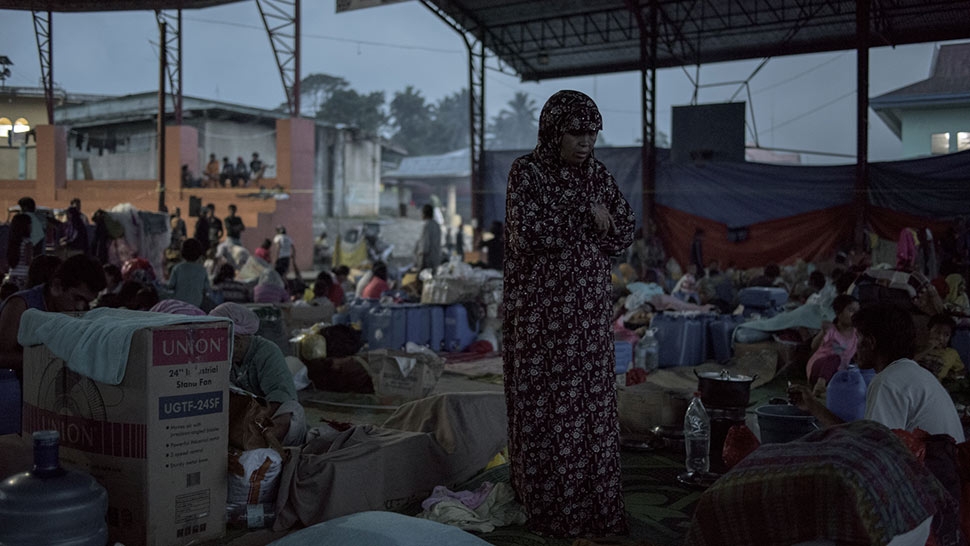 Marawi/Manila—Samira Gutoc never thought she would ever welcome the sight of traffic until her car slowed to halt and began inching its way along the roads of Saguiaran to its final destination: her home in Marawi City. A flood of nostalgia washed over Gutoc as her car reached the yellow arc emblazoned with the words Welcome to the Islamic City of Marawi.

Five months after Gutoc and hundreds of thousands of residents fled their homes to escape the fighting between ISIS affiliated jihadists and government forces, Gutoc was finally going back home.

It was a bittersweet moment for Gutoc, one that she describes as surreal. Soldiers welcomed her with a friendly smile. She inhaled the familiar cool crisp mountain air of Marawi and found it was still laden with soot and ash.

Still, Gutoc was one of the lucky ones. Her home in the Sarimanok area was not located within the the city’s financial district—ground zero for the fighting—and was relatively unaffected.

In July, government reported more than 350,000 had been displaced by the conflict. Frantic citizens spread out to safer ground, most in neighboring Iligan, others in communities on the eastern side of Lake Lanao.

Consistent with Maranao culture, most crammed into the homes of their relatives. Known as "home-based evacuees," they comprised more than 90% of the displaced. The rest piled into gyms and classrooms, where home was confined to a small square mat surrounded by boxes of  belongings they managed to haul. 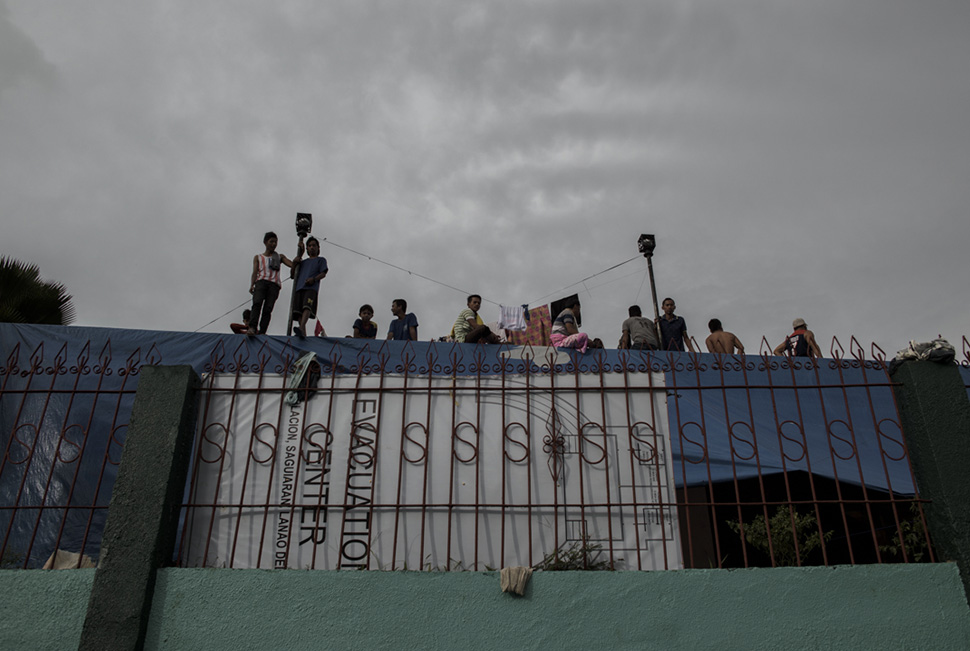 When the military ceased combat operations last October 23—exactly five months after it broke out— residents of nine villages were given clearance to go back to their homes.

Gutoc, who is a Muslim women’s rights activist and focal for the Ranao Rescue Team, told Esquire Philippines that her homecoming with plagued with guilt. “There were still many more living in evacuation centers. Many died there. It didn’t somehow feel right,” said Gutoc heaving a sigh.

Those who have survived war will tell you that victory is short-lived; that when you hold up a mirror to the initial triumphant relief, you will find questions that are too daunting and painful to answer.

Like what happens now? How prevent this from happening again? How do we counter the seductive narrative of religious extremism that radicalized Omar and Abdullah Maute and keep it from poisoning the next generation of Muslim youth scarred by war? 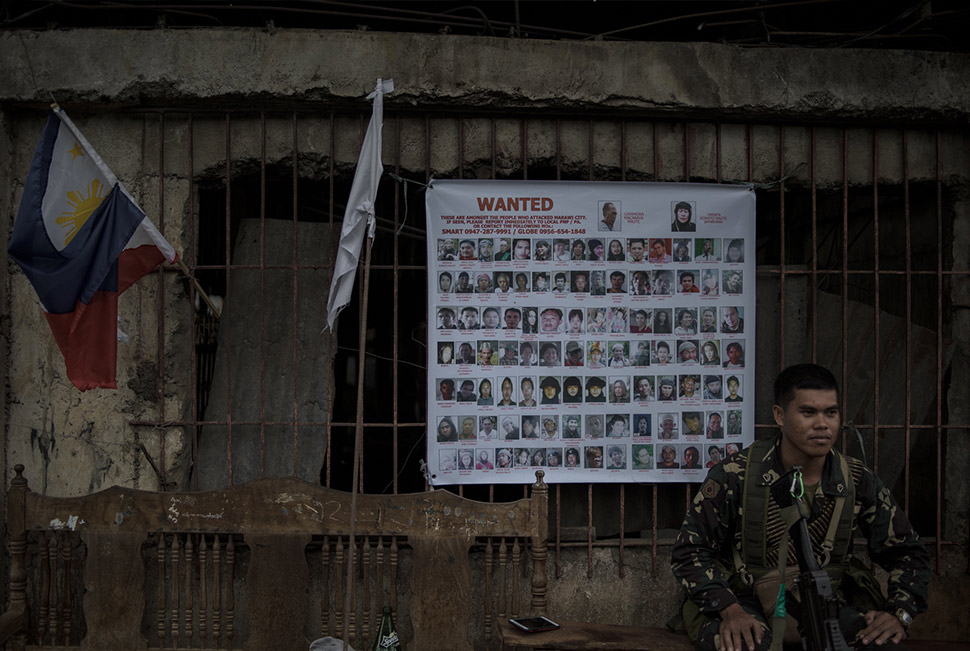 Rebuilding
When the ISIS-affiliated fighters took over Marawi, the battle clearly did not favor Philippine security forces. Mostly trained in jungle fighting, and unfamiliar with the the tunnels and underground passages (common fortifications in  many homes in Marawi, owing to the regular occurrence of clan wars), troops struggled to take back the city.

The military took to the air to regain a strategic advantage and began nearly daily airstrikes.

Humanitarian agencies have recognized that the military did its best to protect civilians and minimize damage to sacred sites like mosques, but over five months of fighting decimated the city and left an estimated P48BN price tag in damages. Local government officials say that the damages will be even higher after an assessment of the damage in the main battle area is done.

Marawi City Mayor Majul Gandamra has the herculean task of overseeing the rebuilding of a city that was the economic trading hub of Lanao province and as the only Islamic City in the predominantly Catholic Philippines, a proud symbol of Muslim religious belief for its residents. 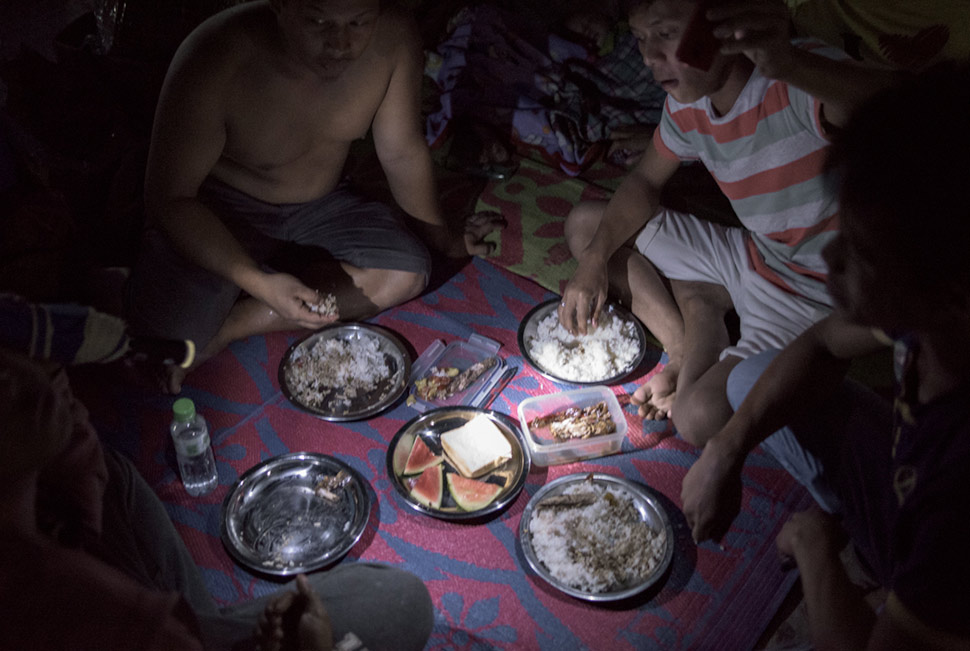 According to data shared by the Provincial Crisis Management Committee, an estimated P10 million was lost everyday in business revenue for each day that the war dragged on. Thirty-four of Marawi City’s 96 villages were completely destroyed leaving about 80,000 residents with no homes to return to. “We lost so much and there is much to rebuild: our homes, our livelihoods and our trust in one another as we begin to live together again in our shared communities,” Gandamra said.

The most searing losses were the ones that could never be replaced. A lifetime of memories preserved as pictures and stored in photo albums and family heirlooms passed on from one generation to another.

There is also the undercurrent of bitterness, blame and resentment in the face of rising Islamaphobia, which many experts say will be have to acknowledged and dealt with squarely. Some residents are now preparing to take legal action against the government, accusing authorities of mass destruction of property, illegal detention and extrajudicial killings.

A detailed human rights analysis of the conflict released this week by human rights watchdog Amnesty International described how IS-linked militants regularly targeted civilians and carried out extrajudicial killings in Marawi city while government forces mistreated people in their custody. Both engaged in looting of civilian property. Air strikes and shelling that caused massive destruction to the city were among the “serious violations of international humanitarian law by all parties to the conflict” documented in the report.

In an interview with Esquire Philippines shortly after the October 23 liberation, Major General Restituto Padilla,spokesperson for the Armed Forces of the Philippines, said that all complaints would be thoroughly investigated and punitive measures would be taken against soldiers proven to have committed crimes.

Responding to the Amnesty International report, the military reiterated its commitment to investigate and discipline soldiers accused of abuses.

“We lost so much and there is much to rebuild: our homes, our livelihoods and our trust in one another as we begin to live together again in our shared communities.”

Refuge
“Marawi was the one place we felt safe,” said Norhabib, a 26-year-old masteral student at the Mindanao State University (MSU). As a Muslim woman who expresses her faith by wearing her veil, she has experienced harassment and discrimination. Her friends who wear the niqab, the full-faced veil with a small opening for the eyes, have it harder. Outside of Marawi, they are often taunted and teased by little children. Always, they would choose to remain quiet and to avoid confrontation of any kind that would vindicate the aggressor and justify his hostility.

We spoke to other students from MSU, who said that the everyday discrimination they faced peaked during the siege. In Iligan, they were turned away when they tried to rent apartments or hostels when they had to vacate their homes. Norhabib’s father asked her to stop wearing her veil fearing that it would make a target for hate fueled aggression.

“It hurt me so much to stop wearing my veil. This is my chosen way of life,” she said.

Residents, activists, students and students were all in agreement: the rebuilding of Marawi will require sensitivity and deference to Muslim religious traditions and should allow residents a voice to participate in the planning and rebuilding of their city.

Overlooking these details might let violent extremism slip through the cracks again. “We cannot win with bullets. We need to win back the hearts and minds of the people,” said Zia Alonto Adiong, spokesperson for the Provincial Crisis Management Committee of Lanao del Sur.

“The government has to restart the peace process," said Agakhan Sharief, a prominent Muslim leader who has been involved in various peace agreements. 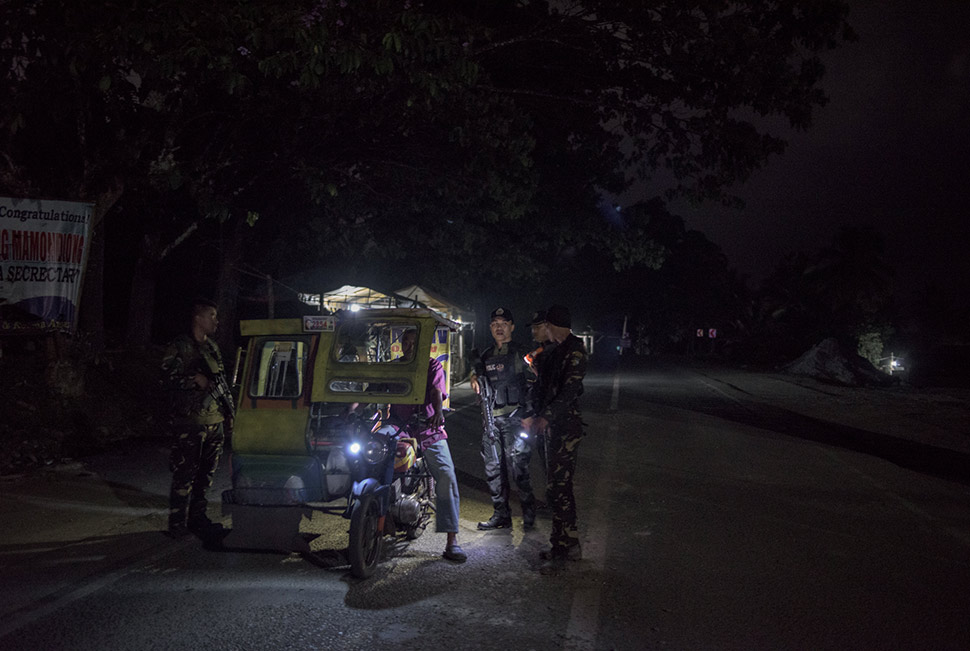 The BBL would have ended decades of armed conflict between the government and separatist groups fighting for autonomy for the Filipino Muslim minority. The conflict has claimed more than 120,000 lives and has seen a series of collapsed peace deals that left openings for the formation of militia groups like the Maute.

For Sidney Jones terrorism expert and director the Jakarta based Institute for Policy Analysis of Conflict, one thing is clear: “The risks won’t end when the military declares victory.” 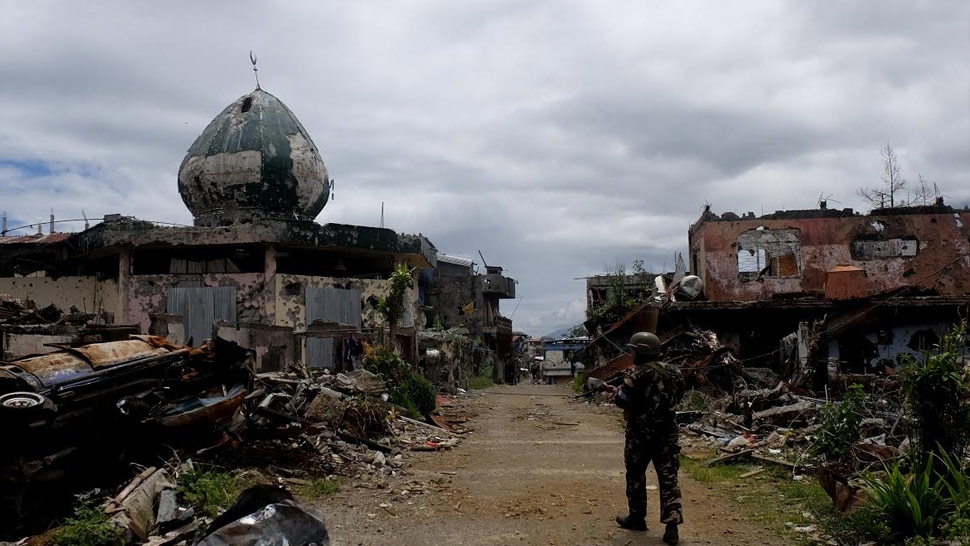 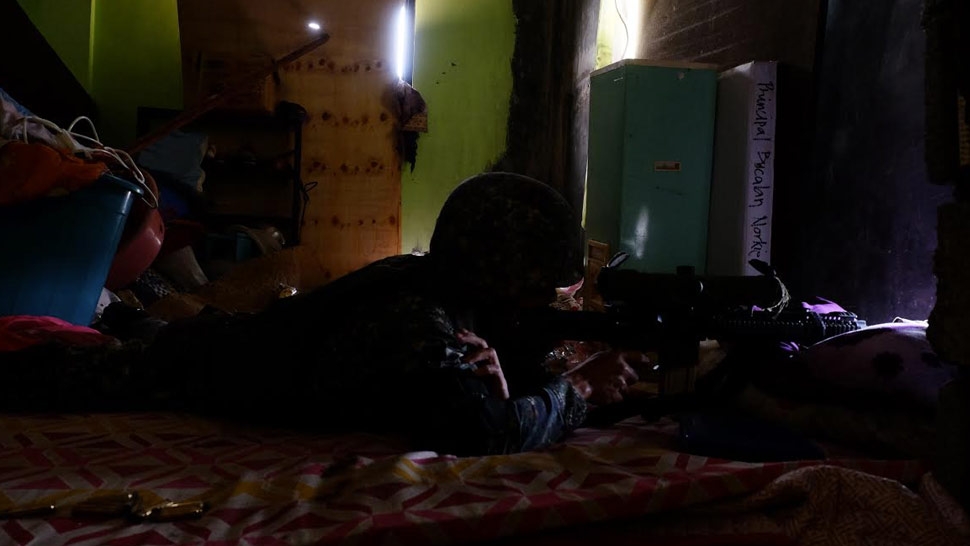 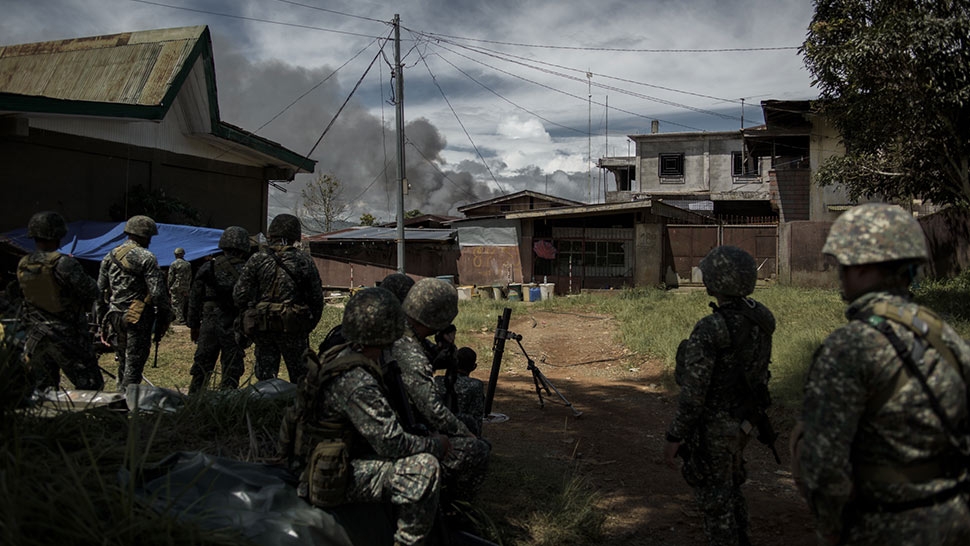 The Rescuers and the End of the War (Winning Back Marawi, Part 3)
Shares
Share
Tweet
Comments
View More Articles About:
features
long reads
Marawi
More Videos You Can Watch 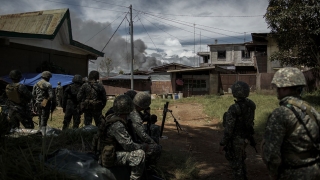 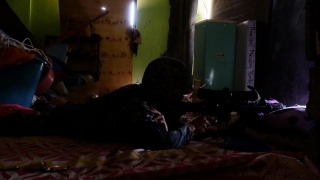 One Hostage's Escape from the Maute (Victory in Marawi, Part 2)
All Photos
Comments
View As List