Religion vs. Spirituality, An Essay on Faith

I was Catholic. Now I'm West Coast agnostic. And I miss the guilt. 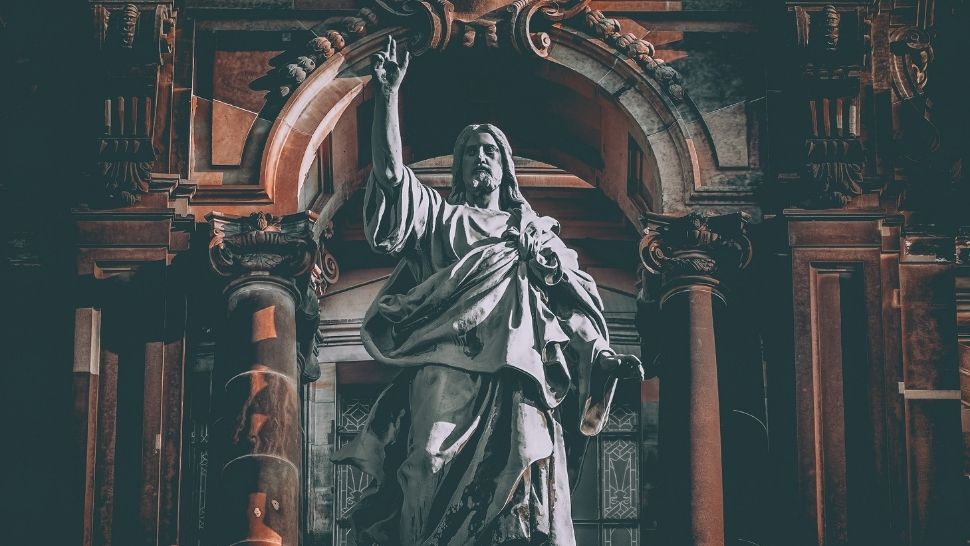 A few weeks after my father’s death, I went on a hike with a good friend of mine, a lifelong atheist. We got on the subject of Dad’s last days, because the subject was never far from me, and he said, “It must be a relief to know you’re going to see him again.”

“Well, I mean, you’re Catholic, so you know you’ll be reunited in the afterlife. That has to be a comfort.”

I reeled from it a little bit, because I know no such thing. I had definitely said I did, week after week, all through my youth. I can still recite the Nicene Creed from memory: “We believe in one God, the Father, the Almighty, Creator of Heaven and Earth, of all that is seen and unseen ..."

It’s a declaration of the Catholic faith, and if you are a kid in church with his parents, it’s a signal that the Sign of Peace— the seventh-inning stretch of the Catholic Mass—is moments away. Your freedom is imminent.

My father had a special cadence during the Creed, especially in those final few lines, each one building on the last, like he was ticking items off a to-do list. Upspeak, before we had a word for it:

We believe in one Catholic and apostolic church?

We acknowledge one baptism for the forgiveness of sins?

We look for the resurrection of the dead?

And from that peak, he would descend:

N’ the life of the world to come Amen.

It got on my nerves when I was a teenager and everything your parents do gets on your nerves. Once I moved away and was only going to Mass with my folks a couple of times a year, I’d lean in a little bit so I wouldn’t miss it. It was like a good old song, and his version was my favorite.

Now he’s gone, and the Creed has all sorts of new words in it. Now you’re supposed to bow your head at certain points; There’s choreography. Pope Benedict changed it more than a decade ago, and I’m always a step behind. “And with your spirit” catches me off guard every time. All us other twice-a-year Catholics can identify each other when we all say: “And also with y…oh.”

Now we're coming up on another Easter, and I have no plans to hit a church this Sunday, and it bothers me that it doesn't bother me.

My parents took us to church every Sunday at 11 a.m., with brunch at IHOP after. They’d sit on either side of us: Mom in the pew first, then my two brothers and me, then Dad on the aisle so he could pop up and deliver the Eucharist. Mom would shut her eyes and put her hand over her heart after each, “Do this in memory of me,” her own little flourish. They were Catholics of the 1950s, devout but not ostentatious.

Once we each grew up and moved out, my brothers and I would get a heads-up phone call on each Holy Day of Obligation, a little message on our answering machines every Friday of Lent to remind us not to eat meat. A few years ago, I started forgetting to feel guilty when I’d have a hamburger on a lenten Friday. As of now, it is just after 1 pm on Good Friday, I have had bacon twice, and I feel nothing. I miss that guilt a little.

We all know exactly the same amount about why we’re here and what happens next: you, me, atheists, Catholics, the Pope who maybe just said there’s no Hell, and the Cardinals who are furiously assuring us that he was misinterpreted and there totally is.

I held on with Mass longer than most people I know. In New York, I found a nice little church in the West Village, and I’d hit an evening Mass there most Sundays. I never got to know the pastor, never socialized, only dropped a few bucks in the collection basket when I was feeling particularly flush, but it felt familiar to me. The routine, the incense, the little island of calm in a busy city. Home.

But at no point did I know anything. At no point did I take as truth what a Catholic is supposed to: that the wafers and the wine are in reality the body and blood of Christ, that the Blessed Virgin Mary actually ascended into Heaven at the end of her life, that I am literally wiped clean of my sins when I confess to a priest.

It all seemed like metaphor. And after a while, the metaphor became less useful, and what was real got pulled into focus. I took a look around— at the sex abuse scandal and the church’s subjugation of women, to say nothing of the fact that as a gay person I was simply not welcome— and I thought: maybe it’s time to become a free agent. I never left, never drew a line, I just slowly pulled back, and then stayed there.

Religion-wise, I have defaulted to the West Coast agnostic’s creed, something along the lines of, “I’m not religious so much as spiritual,” a sentence so pleasantly vague it rarely gets the natural follow-up question: “Huh?” But it works for me.

When I was active in it, church had a few main purposes: routine, fellowship, meditation, good works. I have all those elements in my life now, a la carte: I go to the farmers’ market every Sunday, and then a long run with some friends. I do my volunteer work, and try my hardest to shut up about it. I have pieced together my own system. I see that smug little bumper sticker once in a while—“If You Feel Further From God…Who Moved?”—and I think: “Oh, me! Totally me.”

I know what I know, and I have no idea what I believe. As for the Big Important Question, what happens when we die, whether it’s a real afterlife or a blast of DMT from the brain or just a slow fade to black, I take my gospel from Iris Dement.

We all know exactly the same amount about why we’re here and what happens next: you, me, atheists, Catholics, the Pope who maybe just said there’s no Hell, and the Cardinals who are furiously assuring us that he was misinterpreted and there totally is. We all have the same raw information, and some of us have faith. I don’t think I have it in me to take that leap anymore. Maybe someday I will again.

“I’ll see him again, right?” Mom asked me a few months after Dad died. Out of nowhere. 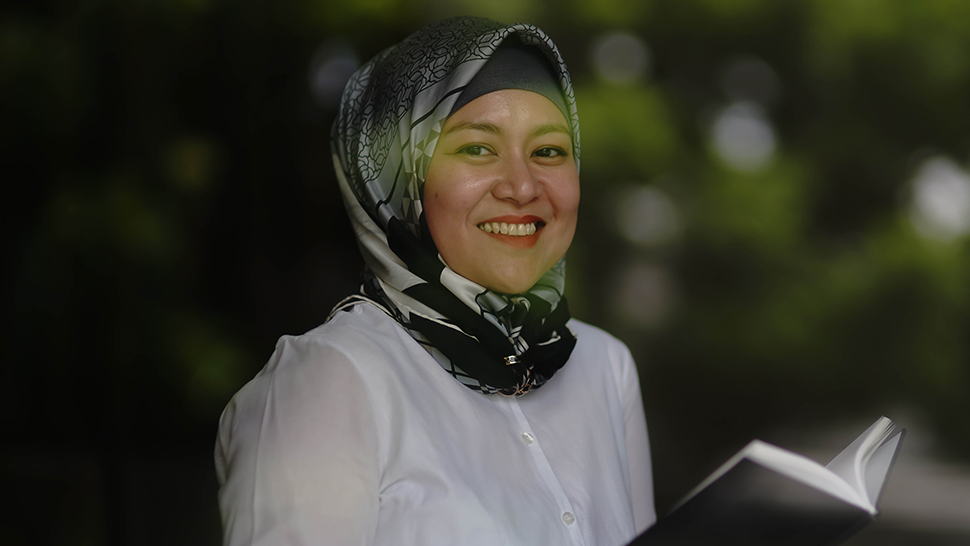 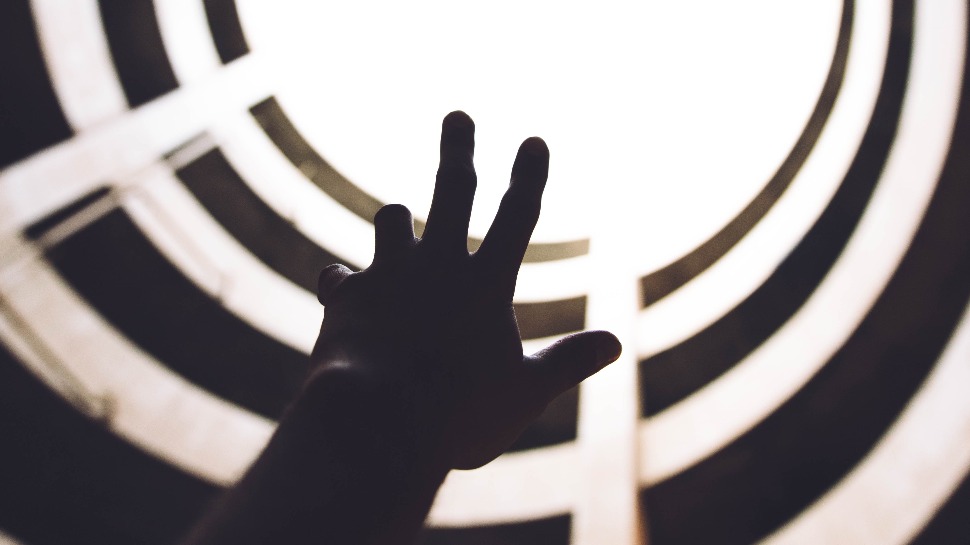 The Futility of Caring: Philosophical Ramblings on Apathy and the Elections 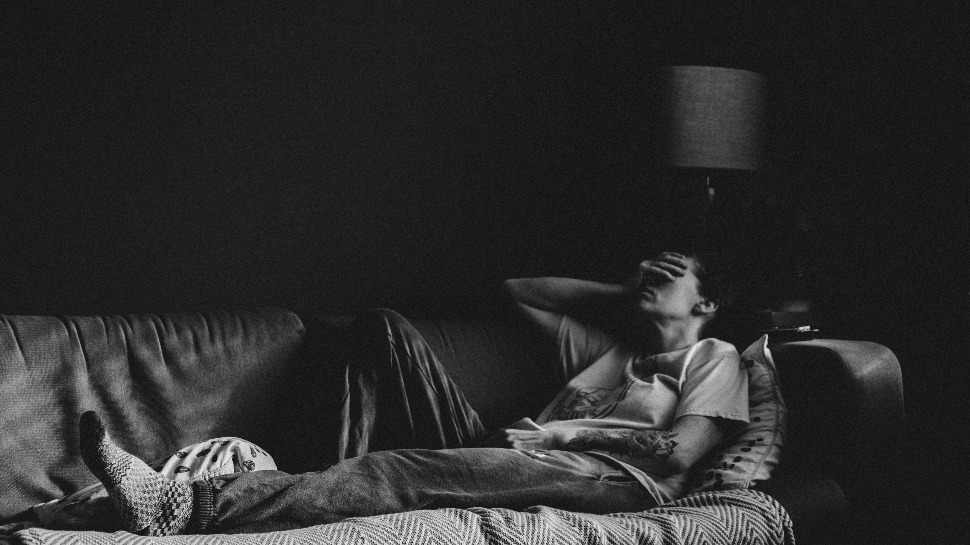 If We're Back to 'Normal,' Why Am I Still So Exhausted All the Time?
All Photos
Comments
View As List