Motoring journalist James Deakin talks to us about cars, causes, and Coke Zero. 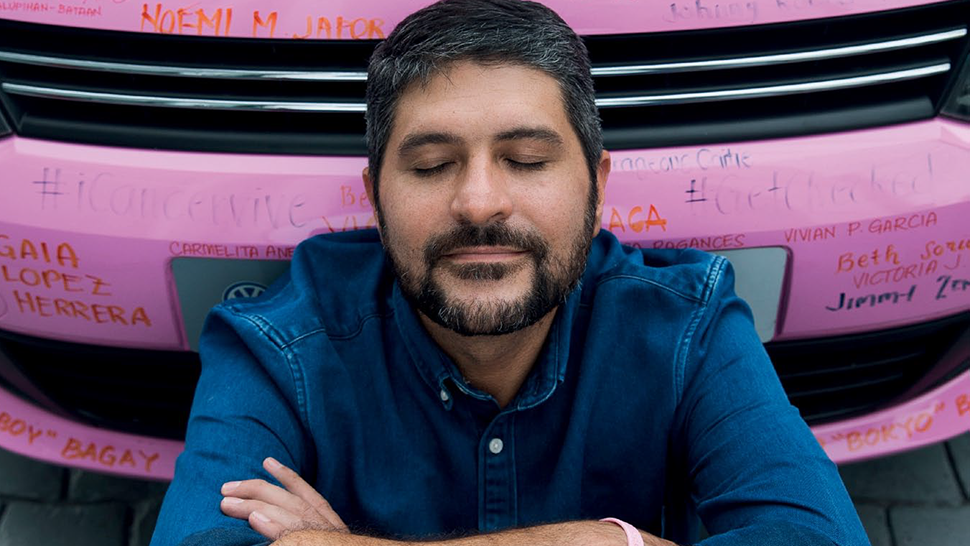 This was originally published in our July 2016 issue.

I’d like to think I were a La Ferrari or Bugatti, but in reality, I’m probably a Volvo: reliable, functional, not exactly for everybody (although everyone is welcome), passionate about safety, and marching to my own beat.

A bad temper is what makes a bad driver. A sense of entitlement. Lack of consideration for others. Someone who can’t modulate a gas or brake pedal. Someone who hogs the overtaking lane.

I spend my time in traffic thinking about how to solve it. Seriously.

It is one thing to try something new when you’re sick of what you’re doing, but another thing entirely when you’re in a good place. I was in a very good place in 2014, but I took a risk anyway to start something on my own because as a wise man once said, “The enemy of great is good.”

A few months ago, my mother and her sister, my aunt Jean, were both diagnosed with cancer. For them, I colored my brand-new car pink. It was meant to be a sign of solidarity, support, and awareness. But by doing so, I realized just how great an effect it had on others who had battled the dreaded C. So I invited anyone going through a similar journey to write their names on the car. Within one weekend I was drowning in messages, and the car was full. Then a beautiful thing happened. My friend Marc Soong did the same thing to his car—a brand-new Maserati! I learned that you should never underestimate the power of a kind deed and that the effect you have on others is the most valuable currency you have.

Courage entails asking for help when you can no longer do it on your own.

With social media, having an entire network at your fingertips has made it much easier to ask for help, but conversely, with so much competing for their attention, has also made it a whole lot easier for people to say no. Or at least say they never heard the call. So you need to be more creative now to break through the noise on social media.

There’s nothing that annoys me more than selfish, inconsiderate people, so I keep them as far out of my life as possible. The older I get, the less I bother with negative people. If you have nothing positive to contribute, I don’t want to waste any time around you.

We all go through ups and downs. Those are our defining moments. Embrace them because they are shaping you into the person God wants you to be.

For my last meal, I’d like an In-N-Out burger, large fries, Coke Zero, chocolate fudge sundae. Why Coke Zero for your last meal? I don’t want to put on weight. I’d go for a beer but I don’t like drinking beer with sweet food. So maybe throw some rum with the Coke Zero. How much rum depends on how I am supposed to die.

I think God would be extremely saddened by what some people have done in His name.

Sex is a beautiful thing between two consenting adults, and we’re far too conservative about it over here. I’m not suggesting that there should be no boundaries, of course, but it really needs to be discussed more openly and intelligently so our youth can grow up making more informed decisions instead of being guided by the first person that offers them some attention. The fact that the girls behind the counter of the drugstore still giggle when I buy condoms tells you all you need to know about our collective immaturity—which, ironically, does little in the way of preventing promiscuity, but only serves to empower the ones who like to exploit it (like noontime shows) precisely because it’s taboo.

Stop comparing. We may have the same destination eventually, but we’re all on a different journey.

The world doesn’t owe you anything. It was here first.

Money never hangs around long enough for it to teach me a lesson.

It’s easy to be supportive when there’s money coming in, but it takes a real saint to do it when there’s none. And for most of our married life there was none. Or very, very little. Yet my wife never gave up on me or made me feel that I was chasing rainbows. So that’s what I love most about my wife: Her devotion to the children and unconditional support for everything I do.

My mother taught me that life is not fair. Get used to it.

From my father, I learned the power of forgiveness.

I try to teach my kids critical thinking. Cause and effect. You do X, Y will happen. This is how the real world works anyway. So they may as well get used to it. That way, they weigh out the risks and consequences.

My children have taught me patience. Love. Laughter. And that even Justin Bieber deserves a second chance.

If there’s something about women I’d like to know, it’s how some are not able to love cars.

When I go, I will miss my family, some friends, and cars. In that order.

What is the best thing I’ve learned from being a family man? Purpose. 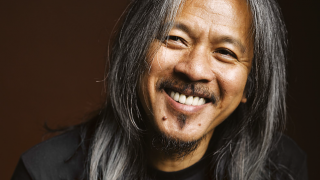