Who hasn’t heard of Barbie? Ever since her creation by toy brand Mattel in 1959, Barbie has become a staple in countless kids’ playrooms, not just in her home country, the United States, but in many other places around the world. In fact, Mattel claims it has sold over one billion Barbies, making it the world’s best-selling toy of all time.

The Philippines is no exception. Barbie dolls are still popular here after all these years, especially during the holiday season. But our country has a special relationship with the doll brand because Barbie herself used to be made right here.

Apart from those who used to work in its manufacturing plants in Bataan, Cainta and Pasig, not a lot of Filipinos know Barbie was “Made in the Philippines” for years.

What led Mattel to open a manufacturing plant here? And why did it decide to leave?

It all began in the mid-1970s. The government of then-President Ferdinand Marcos was trying to woo foreign investments and multinational enterprises to the country and one of its projects was to develop export processing zones (EPZs). EPZs were essentially “to create jobs, facilitate the transfer of technology, increase foreign exchange earnings, and enhance competitiveness.”

In August 1967, Rep. Pablo Roman of Bataan filed a bill to establish a freeport zone in the municipality of Mariveles. President Marcos signed the bill into law two years later, on June 21, 1969. This was the country’s first freeport zone and eventually led to the creation of the Export Processing Zone Authority in Mariveles through a presidential decree in September 1972.

In order to attract companies to do business in the zone, they were promised a host of incentives, including no municipal tax, no duty on import of resources for construction or manufacturer, no duty on exports, carry-over of net operating losses incurred in the first five years as deduction on income tax for the next five years, and accelerated depreciation of fixed assets.

Over 100 multinational companies or locators soon set up shop in the Bataan EPZ. One of those companies was Mattel.

In the 1960s, Mattel was already known as one of the world’s leading toymakers, thanks to its core product of Barbie dolls, as well as other toys that proved to be hits, like Hot Wheels, Chatty Cathy, and Thingmaker activity toys. It also diversified its operations into a worldwide enterprise with multiple acquisitions: Dee and Cee Toy Co. (1962); Standard Plastics (1963); Hong Kong Industrial Co., Ltd. and Precision Moulds, Ltd. (1966); Rosebud Dolls Ltd. (1967); Monogram Models and A & A Die Casting Company (1968); Ratti Vallensasca, Mebetoys, Ebiex S.A., H & H Plastics Co., and Metaframe Corp. (1969).

But in the 1970s, Mattel was hit with a series of setbacks, including a fire that destroyed its plant in Mexico and a shipyard strike in the Far East. It also suffered from management shakeups that resulted in the firing of a top executive because of fraud, and the easing out of Elliott and Ruth Handler, who had founded the company in 1944.

Seeking to cut costs, particularly in its manufacturing, Mattel opened a wholly owned subsidiary in the Bataan EPZ called Mattel Philipines Inc. in 1976. The manufacturing plant produced Barbie dolls and some of the doll’s clothes and accessories, which were then exported to different countries worldwide.

In the beginning, Mattel’s operations in the plant ran smoothly and the company seemed to have a good relationship with its workforce. In an article in the Christian Science Monitor in 1980, James W. Archer, then-president of Mattel Philippines Inc. was quoted as saying, "I have found the Filipinos in general to be a very warm and friendly people. Mattel has been very impressed with our overall progress in the zone and especially the efficiency of the Filipino workers we employ. I feel that this is one of our most efficient plants worldwide."

The town of Mariveles also benefited economically from the industry of the EPZ. Recreational facilities such as bowling lanes, tennis, and basketball courts were built, as well as theaters and cinemas. Residents and tourists also looked forward every year to the BEZ Trade Fair, where they could buy export-quality products intended only for the export market. For a time, Mariveles was called the “Town of Adidas and Nike shoes,” or the “Town of Barbie and Ken,” because of the dolls produced by Mattel Philippines. 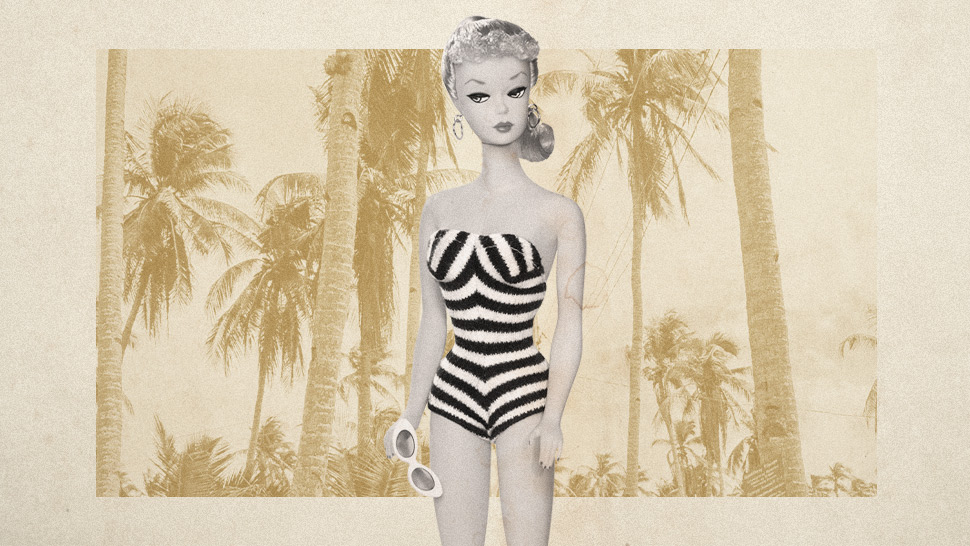 But the cracks soon started to show. Although multinational companies were promised they didn’t have to deal with strikes because of the EPZ’s designation as a “vital industry,” labor issues soon became rampant. Mattel wasn’t immune to this. Mary Rogers, in her book Barbie Culture cites Annette Fuentes and Barbara Eherenreich, who detailed a strike in 1981 by Mattel’s 3,000 workers at the EPZ in protest of the company’s “starting wage agreement.” At the time, it was the fifth—and biggest—strike in the last 18 months.

“Fuentes and Ehrenreich indicated that Mattel ‘offer(ed) prizes to workers who undergo sterilization.’ They also quote one Mattel employee as saying, ‘We call our company ‘motel’ because we are often told to lay down or be laid off.’”

Mattel employees also joined workers from other companies in the EPZ, including those from Ford and Interasia Container Industries, in a large-scale protest on June 5, 1982. The protest stemmed from a small group of striking InterAsia workers who were arrested by police after refusing to comply with return-to-work orders.

For whatever reason, Mattel decided to move its operations closer to the capital in 1985. The company opened two manufacturing plants—one in Cainta, Rizal that made costumes and accessories, and another in Barrio Ugong in Pasig that made the actual dolls and costumes.

But Mattel soon began to struggle financially. “Mattel stumbled badly for much of the 1980s,” according to the website Reference for Business. “Many of the company's business acquisitions turned out to be unprofitable and had to be sold. Further, a big slump in video game sales in the early 1980s drove Mattel out of the video game business with a $394 million loss, putting the company on the edge of bankruptcy.”

By 1985, Mattel had relinquished its spot as the world’s largest toymaker to Hasbro. And in 1987, the company reported losses of $113 million, primarily due to the failure of its Masters of the Universe toy line for boys.

It didn’t help that, in the Philippines, Mattel continued to be haunted by labor problems. 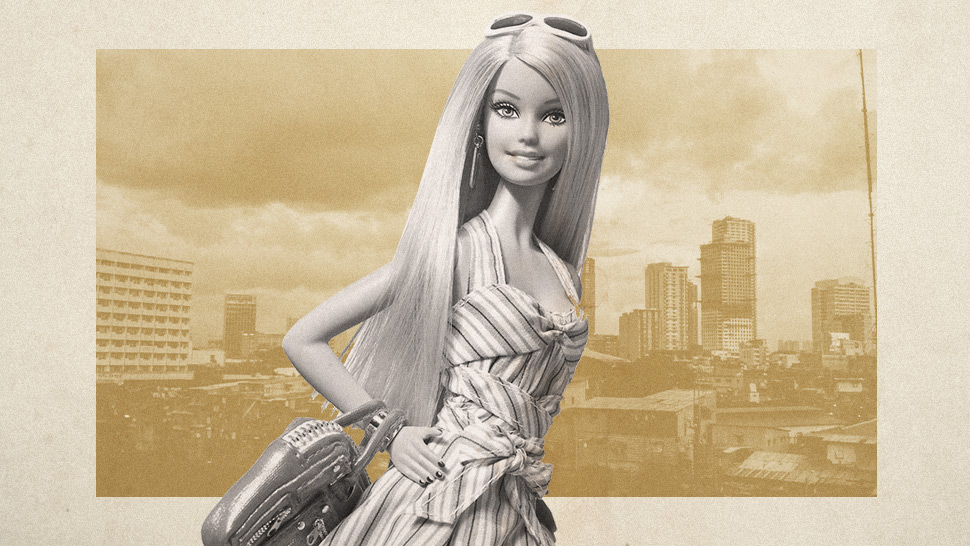 On December 11, 1987, Mattel Philippines announced it was closing down the plant in Cainta, effectively laying off 1,800 workers. Company officials said the reason was sluggish sales of Barbie dolls worldwide. The plan was to consolidate operations in the main plant in Pasig.

But employees said the Cainta shutdown was “drastic and arbitrary,” claiming that it had breached a collective bargaining agreement that was not due to expire until 1990.

Workers picketed by late December 1987, forming a blockade that prevented company officials from pulling out equipment and materials, according to the LA Times report from 1988.

The blockade was lifted temporarily after Mattel Philippines got the Department of Labor and Employment to instruct the workers to lift the blockade.

But the workers instead set up barricades at the Pasig plant, preventing most of the 2,200 workers there from entering the premises.

By the end of January 1988, with workers still picketing, Mattel announced that it would shut down its Philippine operations altogether.

“We are shutting down our operations because of the worldwide situation and our loss of confidence in our ability . . . to produce and manufacture toys in the Philippines,” Mattel Philippines President J. D. Harper told Reuters.

“The decision was a culmination of a series of union and labor force actions that hampered our ability to operate there,” a spokesman for Mattel Inc. said, adding it decided to withdraw from the Philippines due to “the union’s unwillingness to comply with reasonable, legal actions to reopen company facilities.”

At the time, Mattel’s total workforce in the Philippines numbered 4,000. According to the LA Times, Mattel’s exit was the first by a major American corporation since President Corazon Aquino came to power after the EDSA People Power revolution in 1986.

The news agency also said the impact of the Mattel pullout was significant; it estimated Mattel had contributed $75 million to the Philippine economy over the 10 years it had been operating in the country.

Some sources say it was Mattel’s new boss, John Amerman, who joined the company in 1980 as head of its international division, who had decided to trim as much as 40 percent of the company’s manufacturing capacity. Besides the plants in the Philippines, he had also closed down factories in California and Taiwan.

“Most important, Amerman focused the company on its core brands such as Barbie and Hot Wheels, and by making selective investments in the development of new toys,” according to this paper published by the Tuck School of Business at Dartmouth Glassmeyer/McNamee Center for Digital Strategies.

Today, most of the Barbies are produced in manufacturing facilities in China, where Mattel says it adheres to strict quality control processes and safety protocols for its workers. Barbie sales have also experienced an uptick, selling $1.159 billion in 2019, from $1.108 billion in 2018, according to Statista.

So the next time you see a Barbie, think about how she used to be made right here, and how much closer she had to travel to get to your child’s playpen.

ABS-CBN in Talks With Creditors, Says It's Confident It Can Satisfy Financial Obligations

At 86, Taipan Lucio Tan Named Chairman, President, CEO, and COO of PAL Holdings After Children Quit Board
All Photos
Comments
View As List