The Philippines is likely to experience much slower economic growth this year and could possibly even hit negative territory if the Luzon-wide lockdown drags on.

Socioeconomic Planning Secretary Ernesto Pernia said Tuesday, March 24, that if the country extended the enhanced community quarantine for more than a month, GDP growth could tank below zero levels.

“We’re looking at a revised growth target of about 4.3 percent to negative 0.6 percent,” he said during a live interview on ANC.

Pernia had initially pegged the full year 2020 GDP estimate at 4.3 percent in a separate interview with Businessworld, but this is the first time he mentioned the possibility of negative growth rate.

“Luzon alone accounts for about 73 pecent of the country’s GDP,” he said. “That is a huge amount. If things slow down in terms of economic activity, we can expect a (slowdown of the full year GDP) as well.”

Pernia said the government is expected to officially revise its growth targets later in the day on Tuesday.

Meanwhile, Fitch Solutions has also revised its economic outlook for the Philippines and several other global economies in the wake of the COVID-19 threat. 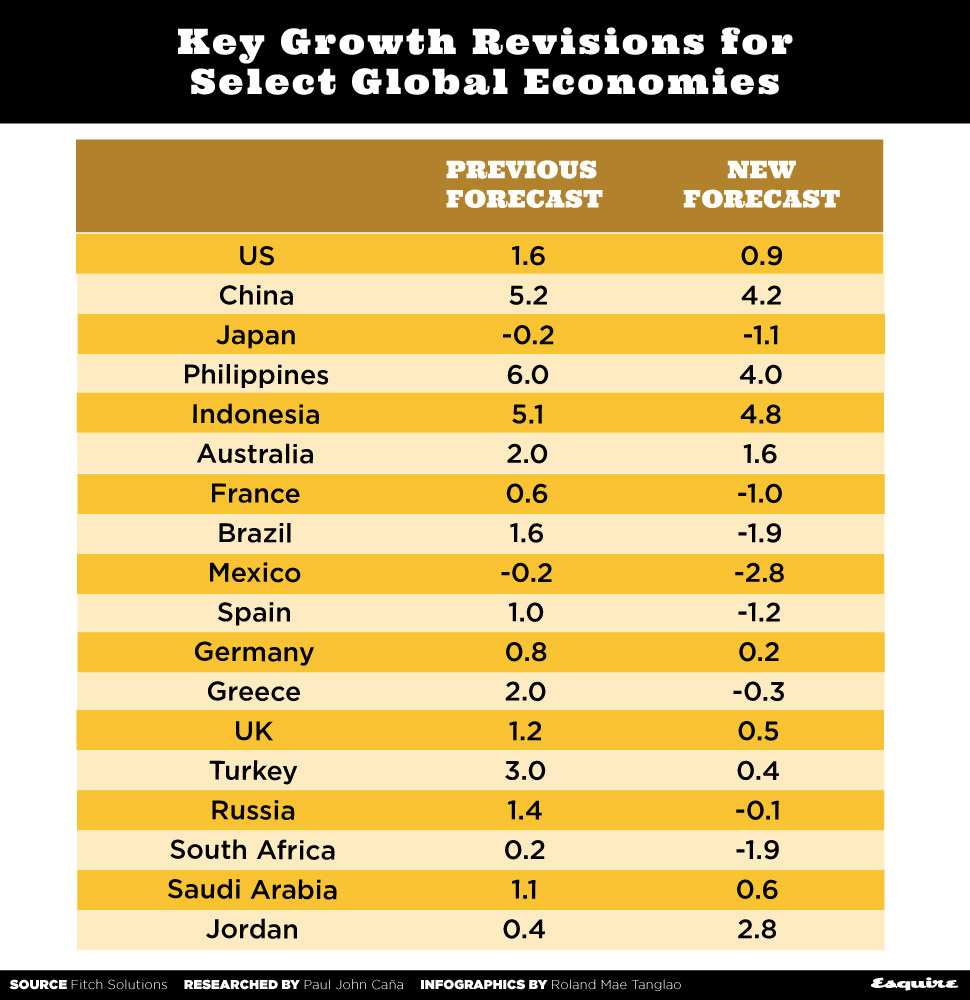 “We expect Philippine growth to drop to 4.0 percent in 2020, from 6.0 percent, representing the lowest pace of expansion since 2011,” Fitch said in an email to Esquire Philippines. “We have previously flagged how the Philippines economy would suffer from the Covid-19 outbreak impact through the four channels of: 1) tourism 2) remittances 3) supply-chain disruption 4) foreign direct investment inflows weakening. While these transmissions channels are still in place, we now believe that the most significant drag on growth will come from quarantine measures in the country following a severe outbreak.

“Moreover, our outlook for the global economy has become more pessimistic, we now expect a sharper downturn, exacerbated by the tightening of global financing conditions,” it added. “The combination of these headwinds will cap domestic demand and investment, as well as export activity over the coming quarters. However, we do think that fiscal stimulus will play a large role in supporting the economy and a pipeline of public infrastructure projects will help support a rebound, once the outbreak is contained.”

In a separate report, Fitch also expects inflation to contract in 2020 to an average of about 2.2 perent from its initial forecast of 3.1 percent. Fitch points to the inflationary demand-side pressures that have all but dissipated owing to the slowdown in economic growth.

“The ongoing disruption from the Covid-19 outbreak will lead to a sharp slowdown in investment activity and a loss of household wealth, weakening domestic output,” Fitch said. “We expect foreign direct investment (FDI) and remittance inflows—which together account for around 10 percent of GDP—to drop off, dampening domestic consumption and investment.

“On top of a lack of weaker demand-side pressures, our Oil & Gas team forecasts oil prices to average $43.2/bbl in 2020, after prices fell 50 percent due to a ramp-up in supply and collapse in demand,” it added. “Weaker oil prices will feed through to softer headline inflation via transport and utilities. As such, the inflationary outlook in 2020 is more subdued, although we do expect a pick-up to 3.2 percent in 2021.” 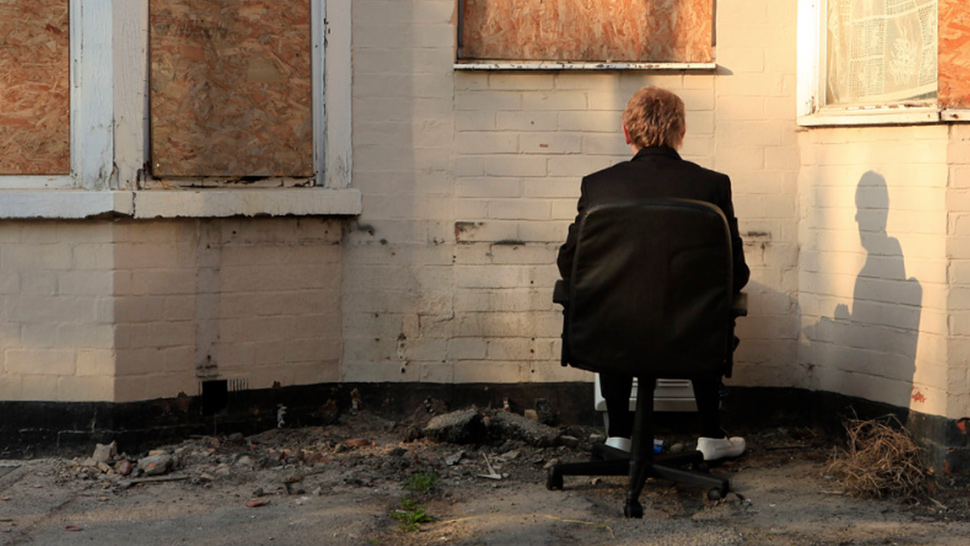