At 34, she's already one of the wealthiest women in the world.

Just a few years ago, Canva co-founder and CEO Melanie Perkins was named the youngest billionaire in Australia. Now, she’s one of the richest. Canva’s valuation is now a whopping $15 billion, and since it’s still a privately held company, it’s made billionaires out of majority shareholders and co-founders Melanie Perkins, COO Cliff Obrecht, and chief product officer Cameron Adams.

The 34-year-old founder has been getting attention for a while, not only as the face of Canva but also as the inspiring female business leader at the helm of one of the few profitable unicorns. Of course, there’s also that fun little fact that she’s part Filipino through her paternal grandmother. Born in Australia to an Australian mother and Malaysian father (who’s also of Sri Lankan descent), it’s no wonder her company has gone international, with one of its lead offices based right here in Metro Manila.

A leading figure in startups, here’s everything you need to know about Melanie Perkins, billionaire and businesswoman.

Co-founders Perkins and Obrecht tied the knot in January 2021 on Rottnest Island in Australia. The two have been together since their youth, with Obrecht supporting Perkins from her very first business, Fusion Books, a yearbook publisher.

2| Perkins and Obrecht have a shared net worth of $6.18 billion

Following their marriage and Canva’s latest funding round, the two have a shared net worth of $6.18 billion. Despite going through 13 rounds of funding for Canva, the founders have managed to keep a controlling stake in the company, which is still privately held. The two are now considered among the top 10 richest individuals in Australia, on the same level as Australia’s mining, mall, and media tycoons. The couple is already richer than every billionaire in the Philippines save for Manny Villar ($7 billion).

3| Despite their massive wealth, the couple plans to donate all of it away

Obrecht proposed to Perkins with a $30 ring in Turkey, so it’s clear money and prestige mean little to these billionaires. In fact, they’re already planning to set up a foundation to facilitate all of their donations and contributions. The two plan to donate most of their wealth away to causes like climate change and global wealth inequality.

As explained by Obrecht, “It’s not our vibe to hoard money.”

Not only are they sharing their wealth with charities, they’re also ensuring their employees get a slice of the pie as Canva’s valuation continues to increase. Employees at Canva have a stock option that allows them to participate in a share plan that comprises about five percent of Canva’s total equity. With Canva’s valuation currently at $15 billion, that puts five percent at around $750 million. Talk about employee perks.

Perkins’ first startup is actually Fusion Books, a yearbook published which is still around today. In fact, it’s now one of the largest yearbook publishers in Australia. Perkins started this startup with Obrecht when they were only 19 and made their company headquarters from her mother’s living room in Australia.

6| She dropped out of college to pursue her passion

But in order to pursue her first startup, Melanie decided to drop out of college to dedicate all of her time to Fusion Books. She was previously enrolled in the University of Western Australia studying communications, psychology, and commerce.

7| She built her first business at 14

While Fusion Books was her first (registered) startup, Perkins was already practicing her hand at entrepreneurship before high school. When she was only 14, she started a small business selling handmade scarves at markets in Perth. No doubt, that creativity would come in handy in the years to come.

8| She was rejected by 100 venture capitalists

The road to success isn’t easy, as every startup founder knows. One investment is often preceded by at least 10 rejections, but in Perkins’ case, it was 100 rejections. In Canva’s early days, Perkins decided to stay with her brother in San Francisco for a while to tap the pool of venture capitalists in the area. She was rejected by 100 investors, who we’re sure are regretting that decision now.

9| Her first investors were Hollywood celebrities

After failing to impress the Bay Area’s venture capitalists, Perkins tried her hand with another group of people, namely Hollywood celebrities. Some of her first investors were Woody Harrelson and Owen Wilson, whom she met at a kite-surfing retreat of all places.

10| She learned kite-surfing just to impress a possible investor

In a bid to get the attention of an investor the couple was eyeing, Perkins learned how to kite-surf to impress Silicon Valley venture capitalist Bill Tai, an avid kite-surfers. Perhaps impressed by their tenacity, Tai invited the two to his kite-surfing gatherings with tech leaders. One thing led to another, and the two met something better than an investor: future Canva co-founder and ex-Google employee Cameron Adams. The three then went on make history. 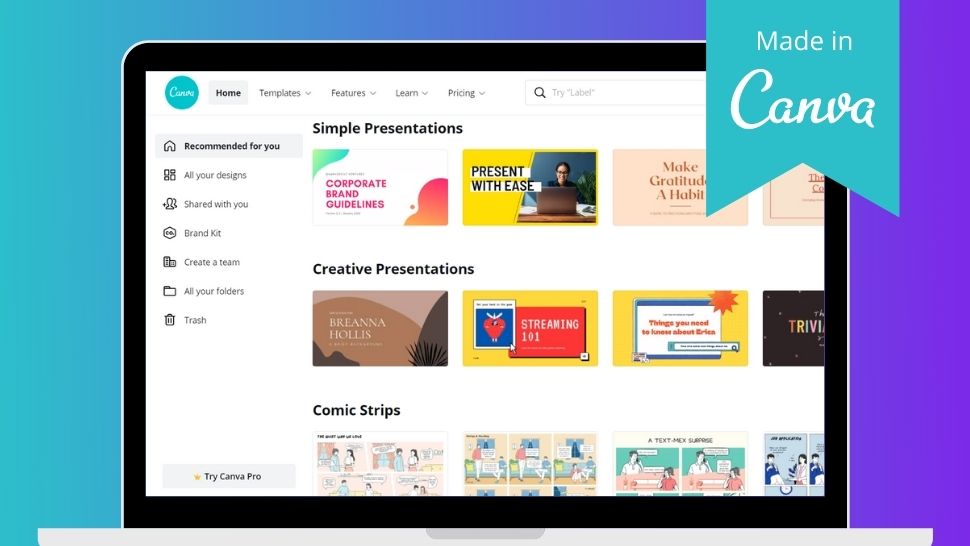 Remembering Tan Yu, Once the Richest Man in the Philippines
All Photos
Comments
View As List