The country’s richest are seeing their wealth cut in half.

Coronavirus is sparing nothing, including the wealth of the Philippines’ richest. Billionaires are losing their money by, well, the billions. Tycoons are witnessing their wealth cut in half, with billions of dollars being shed from their net worth.

As of April 6, 2020, Forbes still lists Manuel Villar as the richest Filipino in the country, however the real estate tycoon has lost $900 million or $0.9 billion from his net worth since September 2019. Villar’s wealth is currently estimated to be $5.7 billion, which is a 13.6 percent drop from his net worth in September of last year when Forbes released its Philippines’ richest list.

However, ports king Enrique Razon Jr. was hit harder as the tycoon lost $1.9 billion or 37.3 percent of his wealth, which now sits at $3.2 billion, as per Forbes’ real-time billionaires list. In September of last year, Razon’s wealth was estimated to be $5.1 billion.

According to Bloomberg’s billionaire list, Villar and Razon started the year as two of the world’s top 500 billionaires, but as of today, only Villar remains on the list at 304. Only three months ago, Villar was the 260th richest person in the world, while Razon was the 454th richest. 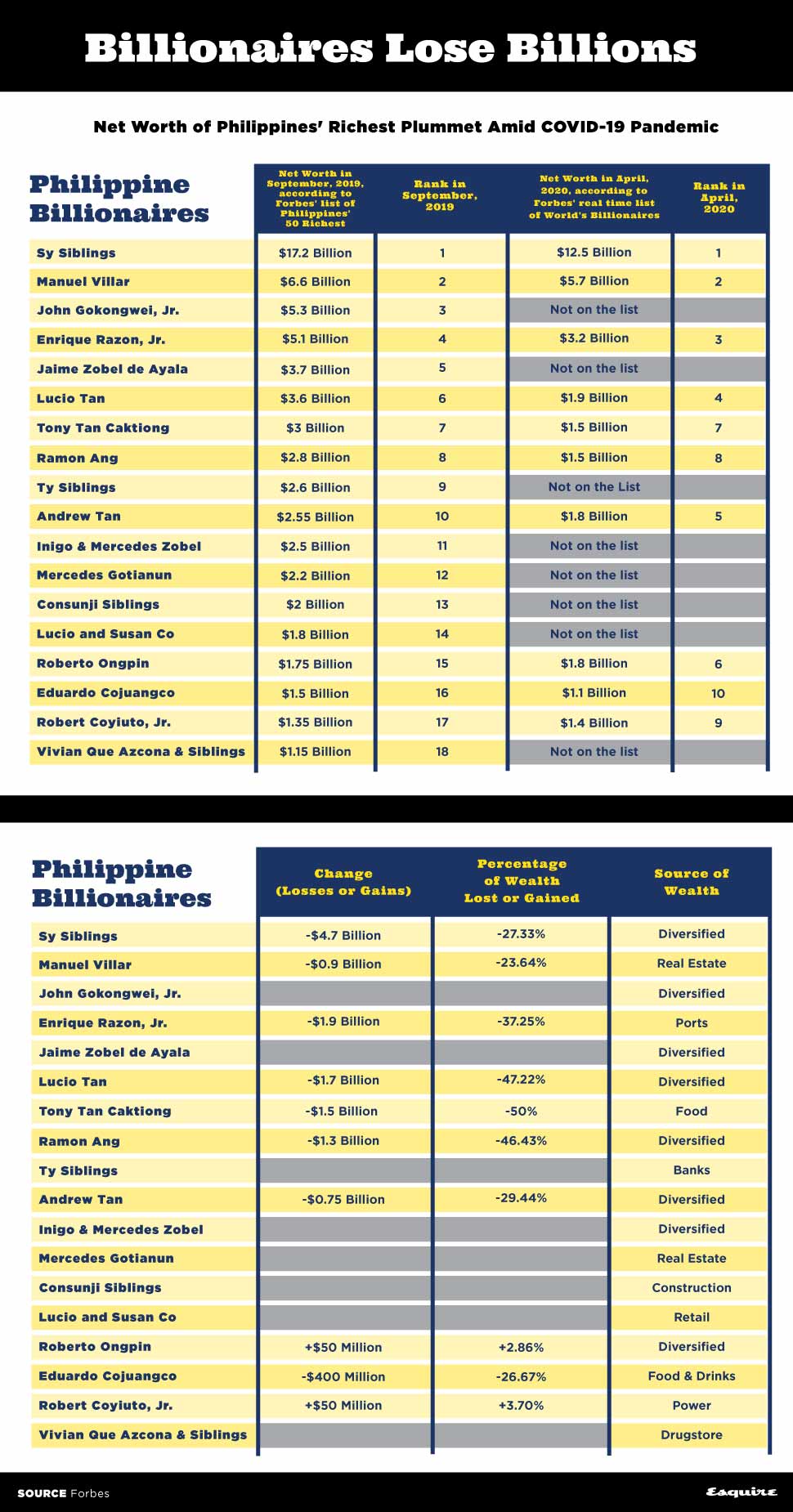 The billionaires with the largest percentage of losses are Lucio Tan with 47.22 percent of his wealth lost, Tony Tan Caktiong with 50 percent, and Ramon Ang with 46.43 percent.

Perhaps the most shocking development is all the billionaires are no longer ranking on Forbes’ real-time billionaires list. These billionaires, who may possibly no longer be billionaires, include the Ty siblings, Inigo and Mercedes Zobel, Mercedes Gotianun, the Consuji siblings, Lucio and Susan Co, Vivian Que Azcona and siblings—and Jaime Zobel de Ayala. (John Gokongwei, Jr. is not on the list as the JG Summit founder passed away in December 2019.)

Although majority of the billionaires suffered losses due to the economic impact of COVID-19, only two billionaires experienced gains: Roberto Ongpin and Robert Coyiuto, Jr. who both added $50 million to their net worth, according to Forbes. 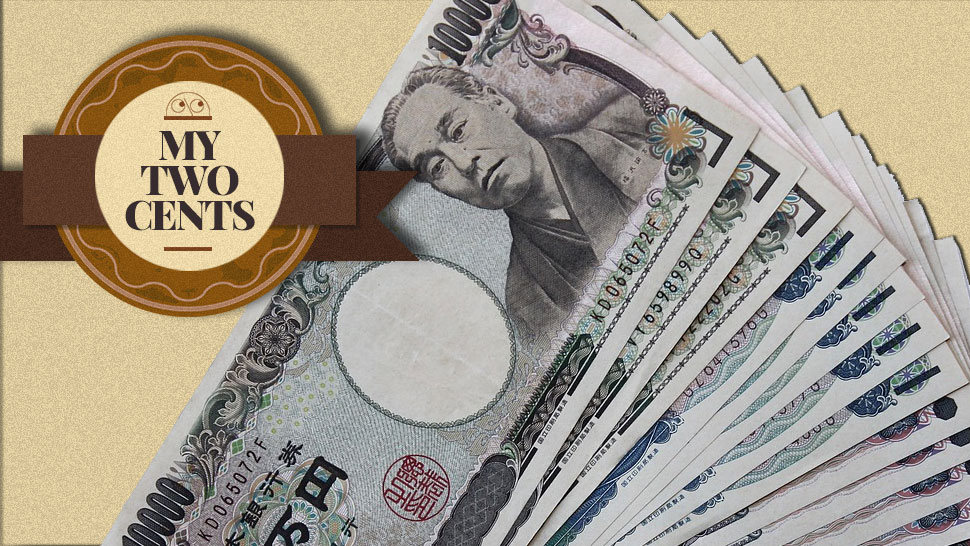 What is Kakeibo, the Japanese Art of Saving?