These Photos Show the Devastation Taking Place in the Amazon Rainforest

Environmentalists say the fires were started by humans. 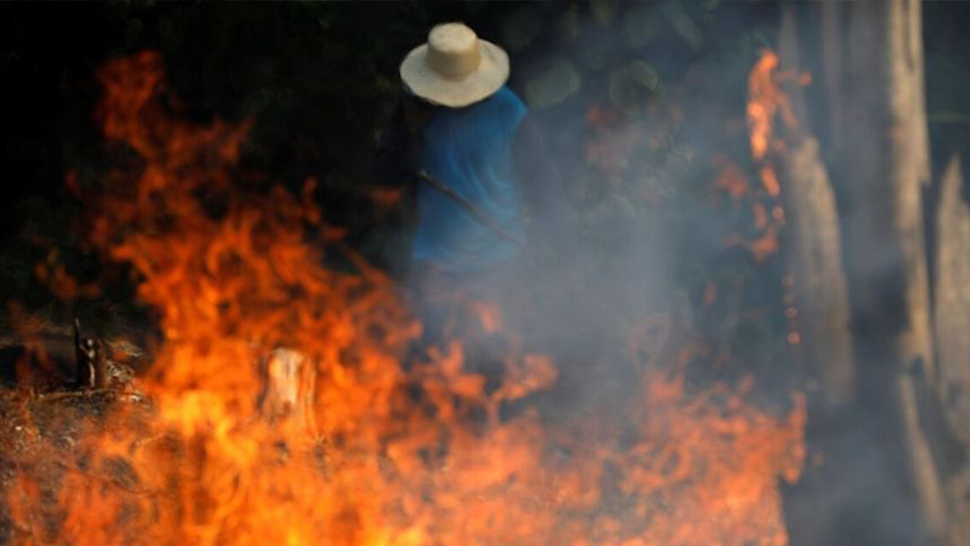 A massive blaze in Brazil's Amazon rainforest is quickly gaining international attention. The Brazilian jungle, often referred to as the lungs of the entire planet (due to the significant amount of oxygen it produces) is in the midst of an intense blaze, with environmentalists claiming the fires were started—whether intentionally or not—by humans. According to CNN, fires in Brazil have risen more than 80 percent this year, and all eyes are on Brazilian President Jair Bolsonaro, who alluded to the destruction of the country's rainforests for economic gain during his campaign. These photos show the result of the fires, which have, according to Al Jazeera, cost some families "everything." If they continue to burn, the impact, in both personal and global terms, will be all the more devastating.

In this drone photo released by the Corpo de Bombeiros de Mato Grosso, brush fires burn in Guaranta do Norte municipality on August 20, 2019. Brazil's National Institute for Space Research, a federal agency monitoring deforestation and wildfires, said the country has seen a record number of wildfires this year.

A charred trunk is seen on a tract of Amazon jungle that was recently burned by loggers and farmers in Iranduba.

A tract of Amazon jungle burning as it is being cleared by loggers and farmers in Iranduba on August 20, 2019.

Smoke billows during a fire in an area of the Amazon rainforest near Humaita, Amazonas State, Brazil on August 17, 2019.

This satellite image provided by NASA on shows several fires burning in the Brazilian Amazon forest.

A man works in a burning tract of Amazon jungle as it is being cleared by loggers and farmers in Iranduba, Amazonas state, Brazil on August 20, 2019.

In this photo from Monday, August 19, you can see the darkened sky in Sao Paulo. Residents of this metropolis of millions recently reported black rain. Studies by two universities confirmed that the rainwater contains fire residues, as reported by the news portal G1.

This true-color image was captured by the VIIRS sensor onboard NOAA-20, which provides daily, high-resolution visible and infrared images of Earth's atmosphere from across the globe. In this image, taken by NOAA-20, the smoke from these fires can be clearly seen.

Another photo of the darkened sky in Sao Paulo. 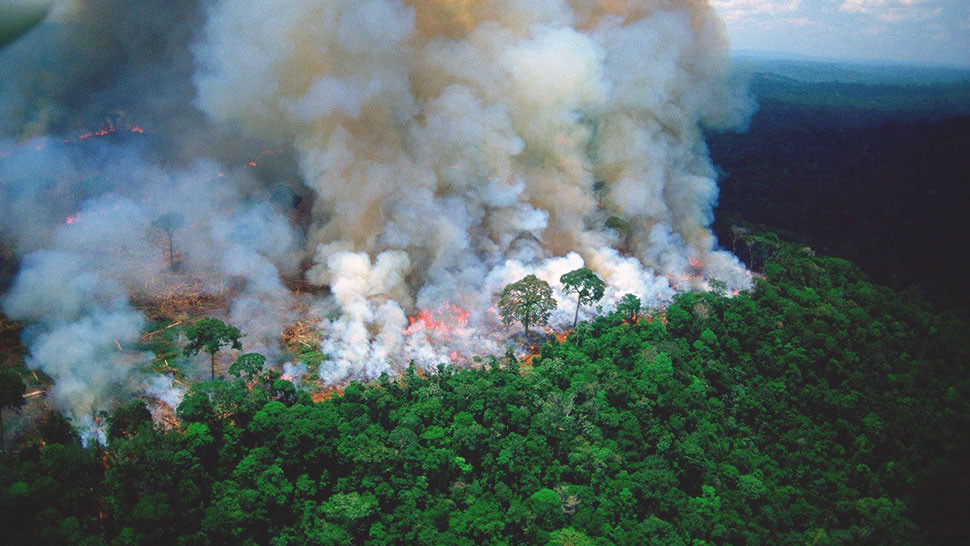