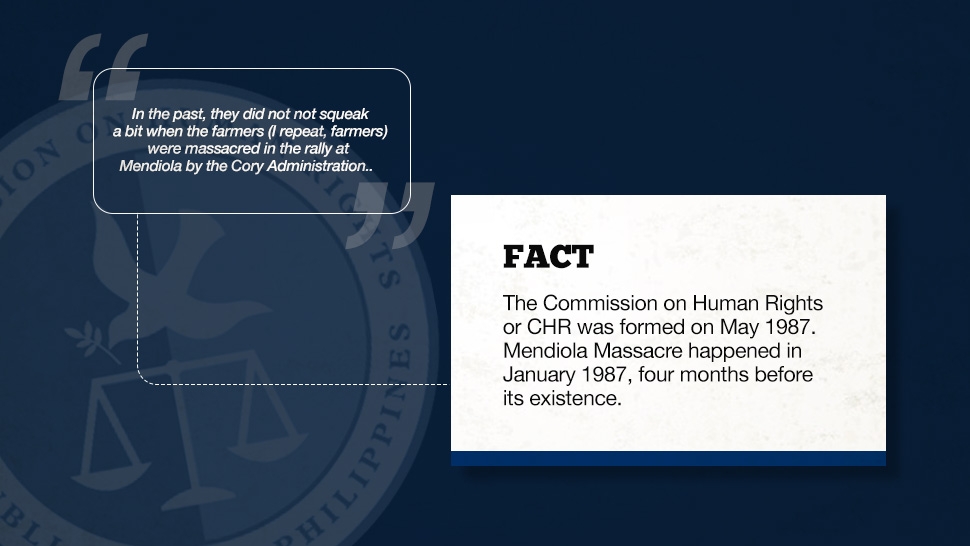 After last week's hullabaloo on the House of Representatives granting only a P1,000 budget to the Commission on Human Rights, comedienne Beverly Salviejo wrote an all-uppercase Facebook post on the group's bias towards criminals and its failure to act on violations involving farmers. The post, published on September 13, has had over 3,000 Facebook reactions ranging from support to anger.

Some of Santos' clarifications included:

Claim: “IN THE PAST, THEY DID NOT SQUEAK A BIT WHEN THE FARMERS (i repeat, farmers) WERE MASSACRED IN THE RALLY AT MENDIOLA BY THE CORY ADMINISTRATION ....
FACT: The Commission on Human Rights or CHR was formed on May 1987. Mendiola Massacre happened in January 1987, four months before its existence.

Claim: “BUT NOW DURING PRRD's WATCH, THEY HOWL AND PROTEST WHEN CRIMINALS ARE KILLED IN POLICE OPERATIONS!!!!
“CRIMINALS HAVE MORE HUMAN RIGHTS THAN FARMERS???!!!!”
FACT: Within the given mandates, CHR has been doing its duties, including events which transpired under former presidents. There are records available.

While we're all for healthy debate and expressing your political views online, in this era of fake news, it's best to make sure your claims can be substantiated to avoid embarrassment. 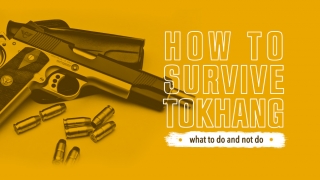 10 Ways to Survive Death by Tokhang 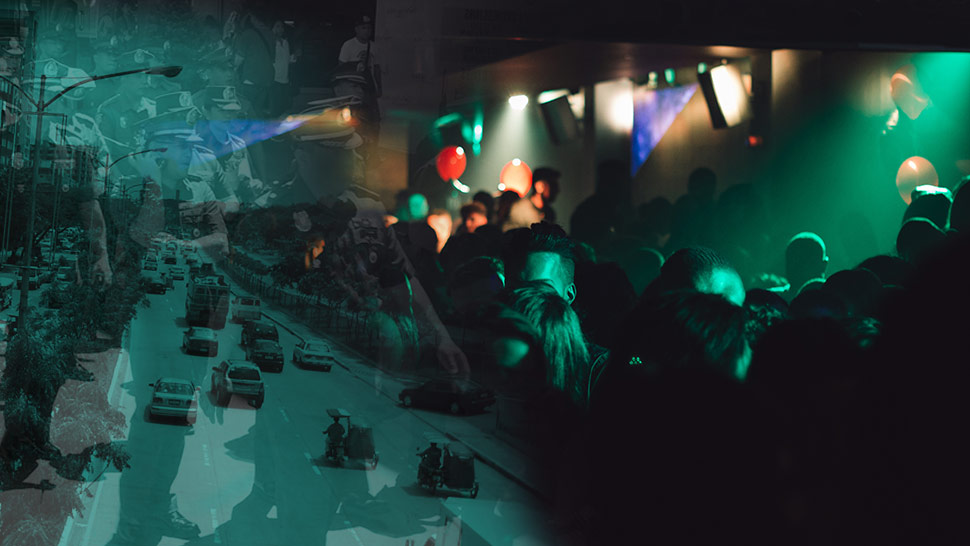