What Is a Wearable Air Purifier and Does It Really Work?

You’re not the only one who got curious. 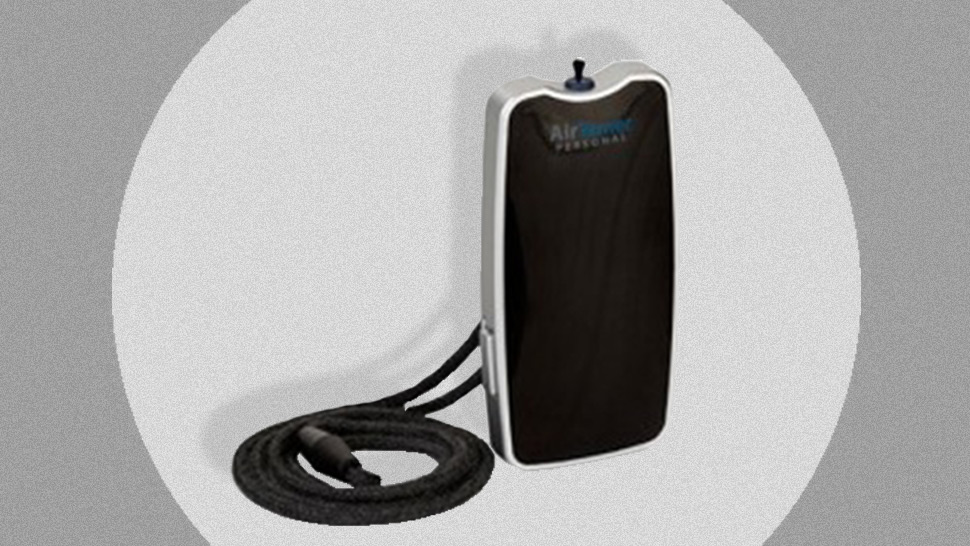 Last week, pictures of President Duterte wearing what looks like a white gadget hanging around his neck appeared on the Internet. People guessed what the device could be, with some speculating that it was a Wi-Fi device and others saying that it’s some sort of a recorder or a microphone. Good guesses, but it’s actually a piece of tech called wearable air purifier.

Duterte was seen wearing such a device when he hosted Indian President Ram Nath Kovind in Malacañang on October 18, at the launch of a new power plant on October 16, at a military-police command conference on October 15, and during a cabinet meeting on October 11.

“That is an air purifier, so he will be protected from persons within his proximity who have coughs and colds,” said presidential spokesperson Salvador Panelo in a text message to Rappler.

What is a wearable air purifier and how does it work?

A wearable air purifier is a small device typically worn like a necklace. Supposedly, the device creates a bubble of clean air around your head by continuously emitting negative ions that push pollutants away from you so you won’t inhale them. Such pollutants include airborne germs, bacteria, toxins, dirt, microbes, and viruses. Allegedly, the device is ideal for situations when you are crammed into close quarters with other people or in places where pathogens can spread easily like in trains, airplanes, and cars.

Doctors weigh in on the effectiveness of the device

“If you’re out in the open with that little device, especially if you are talking to someone face to face who suddenly sneezes, you will still inhale the droplets from that person’s sneeze,” said Doctor P, a family medicine specialist, who requested anonymity. “If the device covers his nose and mouth, it could provide some protection.”

Another doctor who specializes in pediatrics expressed his doubts about the effectiveness of such devices. “Bacteria and viruses greatly vary in terms of their sizes. Up to what size will the personal air purifier be able to filter?” asked Doctor Rob, who also requested not to disclose his full name.

Who Is Enrico 'Recom' Echiverri? And What the Hell Does He Have to Do With the Barretto Drama?

Who Is Atong Ang Again?
All Photos
Comments
View As List