He does so "with love and respect." 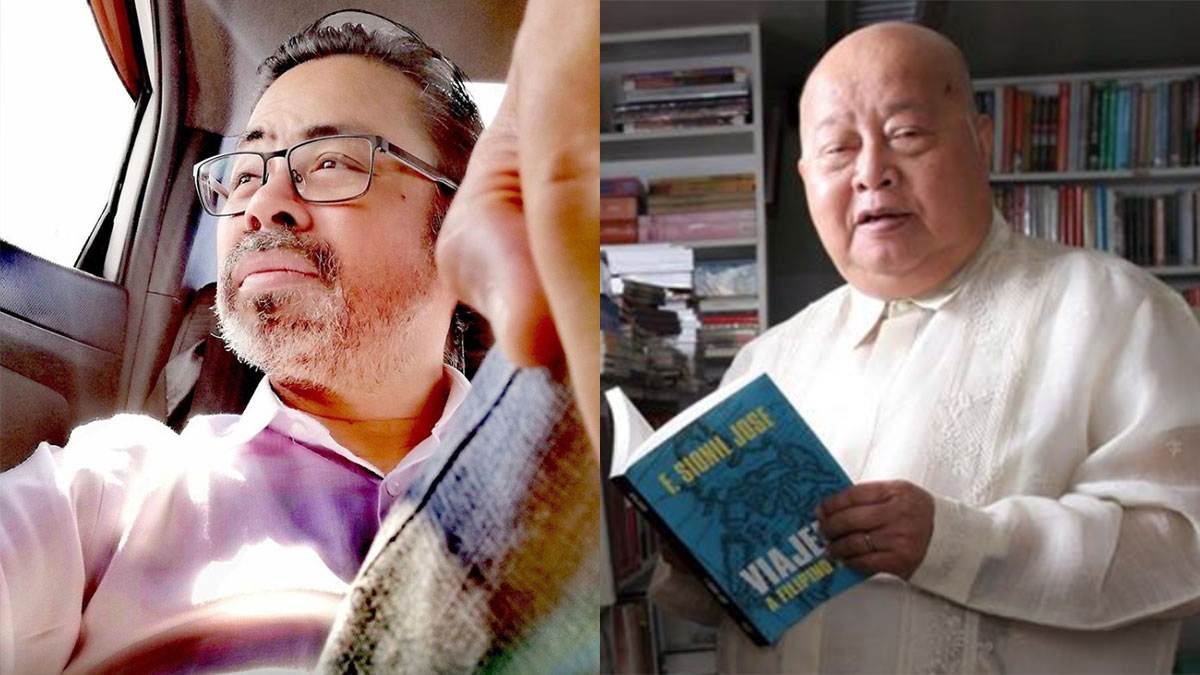 F. Sionil Jose publicly dismisses the shutdown of ABS-CBN as of no real loss.

"I'll not mourn the passing of ABS-CBN," says the member of the elite Order of National Artists of the Philippines. "The Filipinos do not really need ABS-CBN. It does not produce food or goods."

In his Facebook post of May 8, the National Artist writes "ABS-CBN: A Requiem," where he says of the network giant, "It has certainly entertained millions but it did not diminish poverty."

Reserving special mention for the Lopez family, owners of ABS-CBN, the 95-year-old Sionil Jose says: "Its demise, I dare say, is even good for Philippine democracy if it also means the dismantling of the Lopez empire... The Lopez family is a leading member of the oligarchy—far more powerful than any of the oligarchs, then and now."

Because F. Sionil Jose's name is often preceded by "renowned," having produced a prodigious body of work honored on April 20, 2001 by President Gloria Macapagal-Arroyo who named him National Artist for Literature, and because he is five years shy of 100 years old, his words carry weight around these parts.

Very few dare contést the views of such a venerable old man.

Except, one young writer felt he had to.

Joel Pablo Salud, in his The Papercut Blogs, wrote this: "A Letter to National Artist F. Sionil Jose on the ABS-CBN shutdown."

Salud is a journalist of more than 23 years, a short story writer, and author of an anthology of political and personal essays.

He is currently the editor in chief of Philippines Graphic, a newsweekly and literary magazine that is an affiliate publication of Business Mirror.

He is also, by his own admission, an F. Sionil Jose admirer.

Salud tells Manong Frankie that the latter may be right. That, maybe, ABS-CBN is not clean. That, maybe, its newroom does have a hidden hoard of "horror stories." But even there, Salud cautions, the same may be said for most newsrooms, not just in broadcast but also in print.

But these "horror stories," Salud goes on to say, "do not in any shape or form cheapen what good and brave journalists do each day to bring the news to its readers and listeners."

What's important, Salud says, is to recognize that bringing news to the public is "a service to the Filipino people." And recognize, too, that the reality is this service requires big, corporate money to fulfill.

"News gathering is a million-peso affair," Salud writes, "and while it may be imperfect at the very least, it does what it does to keep the public informed."

Which leads the magazine editor to say why the closure of ABS-CBN cannot be dismissed as being of no real loss to anyone.

It is also at this point that Salud makes clear to his "beloved" Manong Frankie where his position diverges from the old man's.

As the writer-editor says in his open letter: "This is where I draw the line and ask the question: which must merit our criticism, my beloved Manong? A conglomerate which runs its operations in the billions or a despotic leader whose grudge against ABS-CBN forced the latter to close its operations?

"One other thing: even if Duterte fashions himself as an enemy of oligarchs, isnt it also true that he has a new set of oligarchs to replace the old? What makes Duterte and these oligarchs any different from the Lopezes whom you seem to despise?"

The younger writer reminds the older one of the days of President Ferdinand Marcos, martial law, and media.

"Manong, if you recall, Marcos did the exact same thing during martial law: close down media outfits. And you were one of the voices which opposed that."

How is today different, Salud asks.

"I understand that no wealth is ever innocent. Granted that what you've said is true, that the Lopezes wield an influence far greater than most oligarchs, even suppressing democracy itself at times, does this 'sin' merit the closure of the network, including its news bureau?

"And not only closure, mind you, but one that is highhanded and despotic, with the State using our laws to circumvent free speech."

Moreover, says the journalist, he has always personally defined "democracy as toleration for variety, even the stupidest ones."

As such, he adds, "While I may not agree with how ABS-CBN produced some of its shows, even going so far as to share our sensibilities (and their booties on noontime programs), I feel none of these had broken the democratic ideal."

IF TRUE, THE EXAMPLE WAS A FLUKE

In F. Sionil Jose's requiem for ABS-CBN, he hit the Lopezes for an incident in the 1960s that still resonates with him.

He says the Lopez-owned Manila Chonicle once did a hatchet job on a senator, not because the senator deserved it, but because the owner-publisher, Eugenio Lopez, demanded it.

Chronicle columnist Celso Cabrera—who is, unfortunately, no longer around to defend himself—is supposed to have told Sionil Jose, "He asked for my balls so I gave them to him."

To this, Salud says, "Forgive me for saying this, Manong, but your columnist-friend, Celso Cabrera, belongs to another time, another era. True, there are corrupt journalists all across newsrooms in this country even today, or journalists whose pens are at the mercy of either their corporate owners or the highest bidders."

But one columnist from the 1960s bowing to the owner of his paper, says Salud, cannot be taken against all journalists working for the Lopezes today.

"If true, then Cabrera or anyone else like him does not represent the ABS-CBN newsroom in general, and neither was he the representative of the press of his era. If what you said of Cabrera is true, then by all standards he was a fluke, a chance occurrence in a profession built on the standards of integrity."

Salud tells Sionil Jose that it is not easy for him to be addressing the National Artist this way.

"I have come to love you as a true father and as kin in the writing life," Salud writes.

"But I cannot sit idly by while you agree with the actions of this despot regarding ABS-CBN.

"The failure to renew the franchise was a political act—methodical and deliberate on the part of Duterte and his minions—with the intention of sending ripples of fear all across the newsrooms in this country.

Returning to Sionil Jose's long-festering anger at the Lopezes, Salud says that if the National Artist thinks they must "raise hell against the Lopezes and ABS-CBN," so be it.

But, Salud makes clear, this cannot be done "by way of a tyrannical act by the State."

He notes, "We are the government and I refuse to be represented in this decision to close ABS-CBN by a despot. Closure is never the answer. My apologies, Manong, but I cannot and will never agree with what you wrote on this matter.

"My love and respect, however, remains," and he signs it, "Joel."

"The side of executioners"

At one point in Salud's letter to Sionil Jose, the journalist writes: "Manong, we both love Albert Camus. When you handed me a copy of a translation of his book, The Rebel, I kept it in a special place."

Camus (1913-1960) was a French journalist, editor, novelist, author of fiction, and philospher, who won the Nobel Prize in Literature at the age of 44. His political essays are read to this day.

Salud reminds his Manong Frankie that Camus's thoughts have something to say about the shutdown of ABS-CBN today.

And, he quotes Camus: "It is the job of thinking people not to be on the side of the executioners." 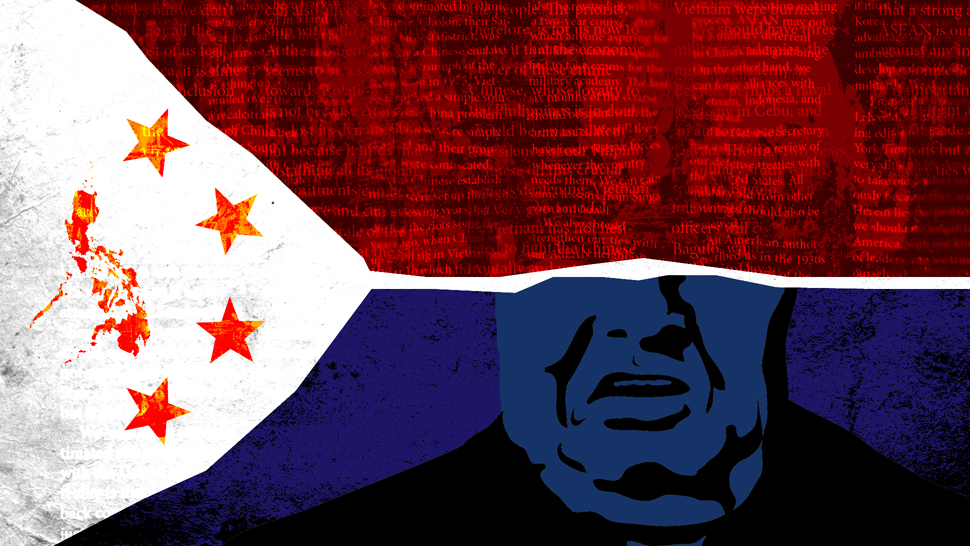 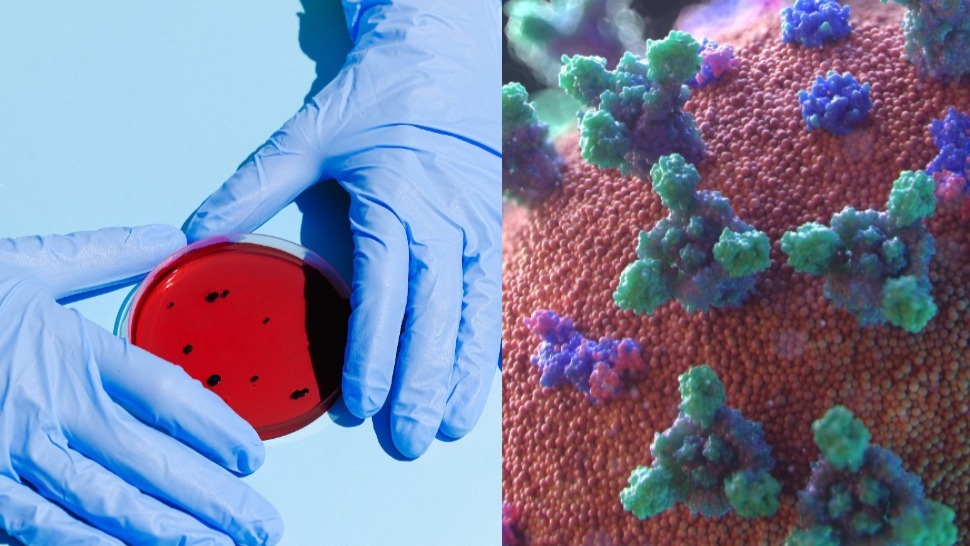 Coronavirus Is Mutating Into New Strains. Now What? 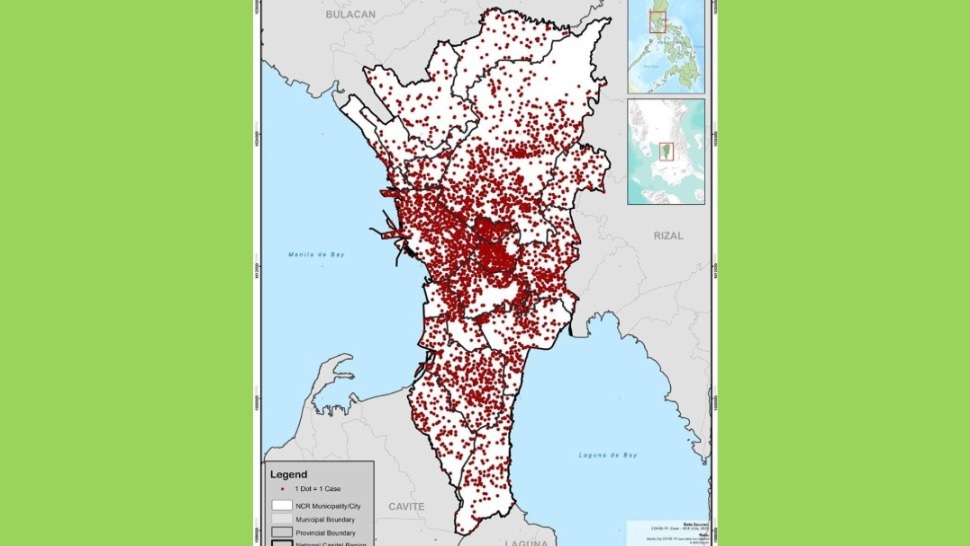