Liberal Laments: How to Be Fair to Marcos

Esquire columnist Lisandro Claudio gives due credit to the dictator, based on notes by industrialist Salvador Araneta 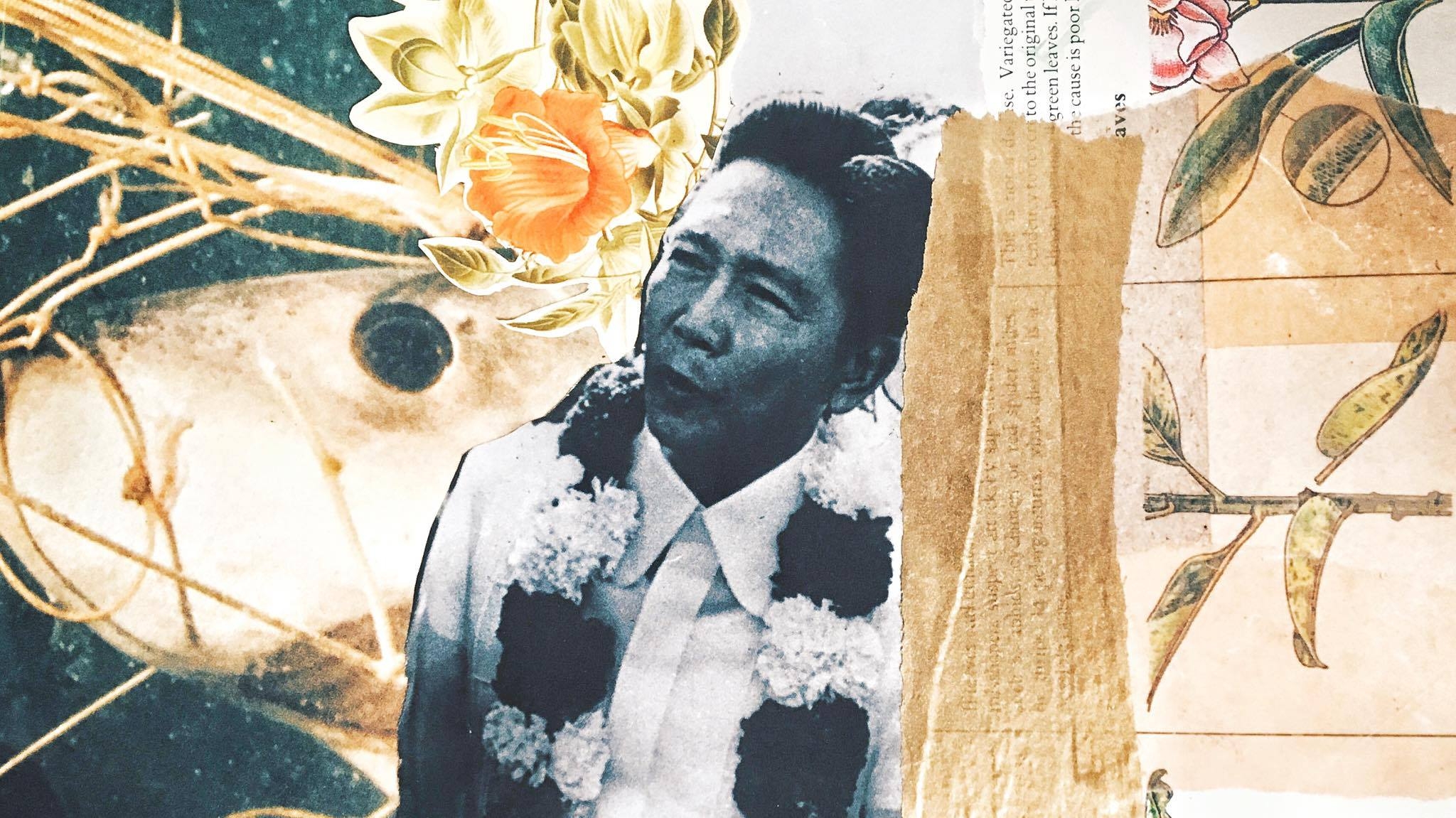 Ferdinand Marcos’s critics (myself included) have failed in one major respect: We have been unable to give due credit. FM was certainly a crook, a liar, a torturer, and a murderer.  But someone who held power for over two decades must have done something right. Yet we Marcos critics portray the dictator as evil incarnate, and this allows our interlocutors to accuse us of closed-mindedness. We should learn something from the progressive economist and industrialist Salvador Zaragosa Araneta (1902 to 1982).

Araneta was one of the business elites that Marcos drove away as he destroyed the competition of his cronies. “Don Badong” was the perfect target: He had deep ties with the sugar industry and was related, by marriage, to the powerful Lopez family. He was also a humanist and a political liberal with an ingrained aversion to authoritarianism.

Threatened with possible incarceration, Araneta fled the country and lived the rest of his life in San Francisco and Vancouver.

Araneta despised Marcos. Yet even in bitter exile, he was capable of grudging respect, claiming in a 1975 interview that:

Marcos is now implementing many of the economic theories I had advocated… He doesn’t care about the advice of the Americans and to that extent he is being praised by the people. In this matter, he has guts.

He added that he admired bold financing programs under the regime, yet ultimately concluded that these could not “justify” Marcos’s “continuance in power as a dictator.”

What economic ideas did Araneta advocate in the '50s and '60s? And did Marcos really implement them? Broadly, Araneta was a Keynesian.

Today, John Maynard Keynes is known for the idea of pumping credit into the economy to get it moving in times of recession. His early work, however, concerned currency value. In the 1920s and 1930s, Keynes warned against an artificially expensive currency because maintaining its high price requires limiting the amount of money in circulation (to keep something expensive, you reduce the supply), which, in turn, restricts the government’s capacity to spend (less money circulating means less money to spend).

In the 1950s, two Philippine pesos could buy you one U.S. dollar. But contrary to public perception, this high value was not evidence of inherent economic strength. To maintain the rate, the Central Bank of Governor Miguel Cuaderno had to ensure that the pesos circulating were backed by a specific amount of dollar reserves.

Araneta despised this system. Like Keynes, he thought that limiting money supply made it difficult for the government to finance its various programs. More importantly, he argued that an artificially high peso was detrimental for exporters.

Because of the currency peg, Filipino exporters were getting paid two pesos for every dollar earned by selling abroad. Had the peso been depreciated, they would have earned more pesos for every dollar. If the market price became, say, four to one, they would have earned twice. This discrepancy, Araneta explained, amounted to a “conceal tax [sic]” on the export industry, which, in effect, subsidized importers. And since most of the importers at the time were either American or purchased American goods, the strong peso benefited our former colonizers.

But the Central Bank’s Governor Cuaderno refused to depreciate, arguing that doing so would cause inflation. In an import-dependent economy, a strong currency tends to keep prices down, and depreciation would have reduced the peso’s purchasing power. That sounds scary, but inflation is not an absolute evil.

While higher prices make things difficult for consumers, they allow producers (like farmers and manufacturers) to earn more. And when companies earn more, they usually hire more. It is for this reason that, for most of Philippine economic history, higher inflation has corresponded with lower unemployment. Moreover, inflation makes life easier for people in debt. If what the peso can buy today is less than what it could yesterday, it’s effective value is less; so when you pay back your debts after inflation, you are paying at a reduced price.

Finally, as Keynes noted, between inflation and deflation, the latter is always worse. Deflation decreases profits and makes debts more odious, thereby reducing consumption and increasing unemployment. Unfortunately, according to United Nations statistics, the Philippine economy was undergoing deflation for most of the 1950s.

The effects of Cuaderno’s policies were immediately palpable. From 1951 to 1955, the average GDP growth rate was 8.078. But as deflation set in, growth slowed down to an average rate of 4.8 from 1956 to 1960. “It is very clear,” notes former NEDA Director-General Cayetano Paderanga, that immediate postwar Philippines was so “bent on maintaining a particular exchange rate,” that “it was willing to sacrifice growth.”

As Araneta predicted, the slowing down of economic growth also corresponded with the crippling of the export industry that, according to economic historians Vicente Valdepeñas and Germelino Bautista, grew dependent on imported raw material. By the end of the 1950s, export earnings amounted to less than 10 percent of the country’s income.

While some limited depreciation occurred during the presidency of Diosdado Macapagal, it was Ferdinand Marcos and his team of technocrats that facilitated the complete removal of currency controls.

Currency depreciation, along with foreign loans, allowed Marcos to fund ambitious infrastructure and stimulate export industries. Such a strategy of depreciation coupled with targeted pro-export spending is called Export Oriented Industrialization (EOI), and it was the model that facilitated the stunning rise of countries like Japan and South Korea.

Paderanga notes that growth picked up again in the 60s as the government loosened currency controls. This growth continued until a contraction in 1979, and further deteriorated as the country plunged into a major crisis in 1983—the worst in modern history.

Whatever success Marcos’s EOI project had thus ground to a halt. Moreover, it became obvious that, despite increased government spending and growth, the poor were left behind. The poverty rate almost doubled from 1974 onwards. And, of course, the more government spent, the more the Marcos’s pilfered, stealing as much as 10 billion dollars by some accounts.

EOI under Marcos was theoretically sound, but it was implemented under a corrupt dictator, who increasingly used government funds to support cronies, and not a robust export industry.

However, EOI’s capacity to deliver growth after the moribund Cuaderno years shows that the project was not destined to fail. Kyoto University’s Caroline Hau argues that, without ignoring violences and corruption of the regime, it is still possible “to see some of the Marcos programs not solely as naked instruments by which Marcos effected a power-grab for himself, but also politically rational moves to simultaneously court votes while pursuing national development objectives.”

This is an eminently fair assessment of the regime, similar to the one Araneta proffered over 40 years ago. It says we should not throw the baby out with the bath water: The Marcos years ultimately destroyed our economy, but we must credit his economic team for their attempts to boost exports and stimulate growth.

None of this smart policy, however, justified a brutal and corrupt dictatorship. Sound economic thinking does not obviate one of Philippine history’s most obvious conclusions: #MarcosMagnanakaw. 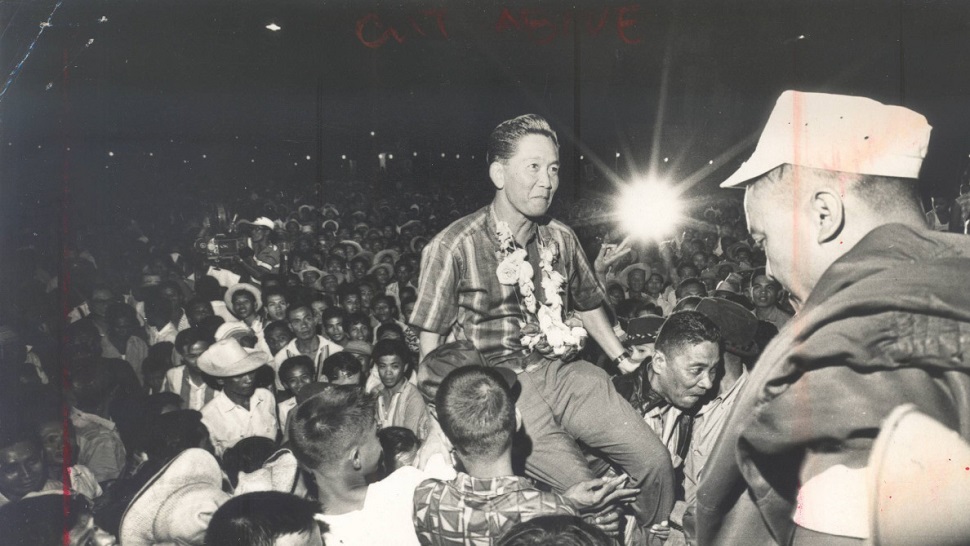 Why Has Marcos' Propaganda Lived On? 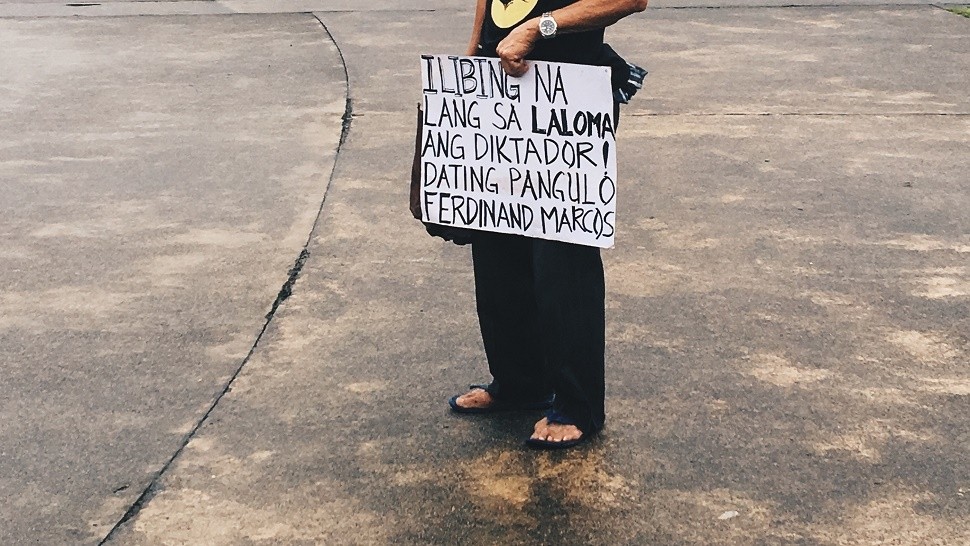 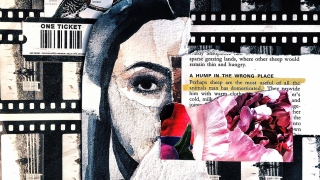 Will the Real Mocha Uson Please Stand Up?
All Photos
Comments
View As List