PHIVOLCS Stood By Its Science, DOH By Its Politics. This Is Why Science Should Not Be Politicized 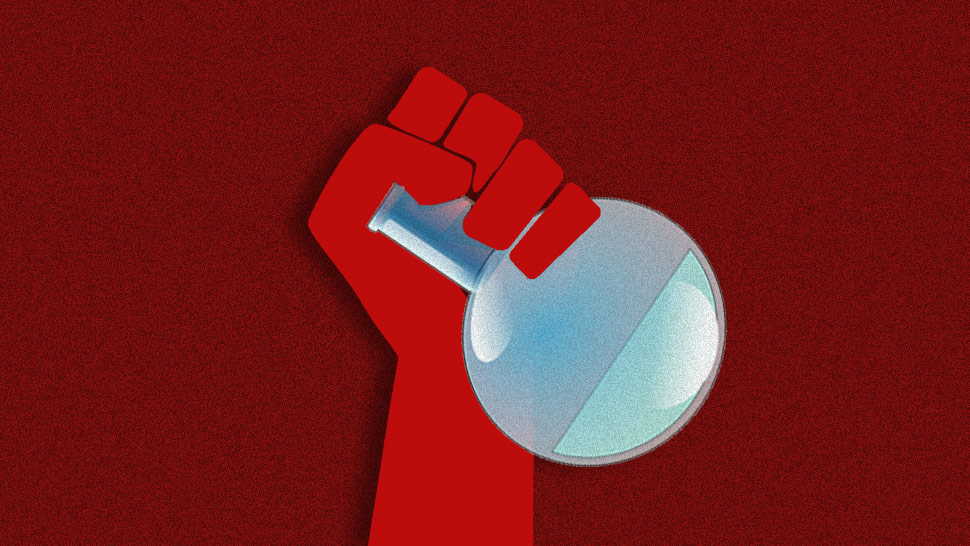 No one told us the face mask was going to be a theme for ushering in 2020. Taal volcano’s ashes still choke a number of heavily affected towns in Batangas, and with many families unable to return yet to their homes, the situation is far from being officially concluded. But despite still reeling from one cataclysm, the country is already facing another potential large-scale crisis with its first confirmed cases of the novel coronavirus (nCoV). In January and February alone, there have been more days of wearing face masks in public than most Filipinos have seen in their whole lives. We only have to check our dwindling stocks to know that there aren’t enough to go around—a worrisome scenario should the situation continue indefinitely into the future.

Though the face mask has become the common trope between these two overlapping events, how each crisis is being handled by the respective government institutions tasked to them can be sharply contrasted.

Immediately after the first phreatic eruptions, the Philippine Institute of Volcanology and Seismology (PHIVOLCS) dug in and stood by its science, insisting in keeping the alert at a very uncomfortable Level 4—only one step away from an eruption actually taking place—but which effectively meant displacing tens of thousands of families from their homes and livelihoods even if an eruption was still not guaranteed. A mandate with such a wide margin of risk and uncertainty was, by all means, a huge gamble with serious economic repercussions. But it was nonetheless a necessary gamble supported by all the scientific data at hand.

As the wait dragged on for days into weeks, PHIVOLCS had to face mounting criticism and pressure from politicians and affected residents to whom the science appeared less and less convincing. Was the volcano ever going to erupt? Were the evacuations really necessary? PHIVOLCS was soon accused of overreacting to a volcano that appeared to have gone back to sleep. Tagaytay mayor Agnes Tolentino downplayed the PHIVOLCS alert levels as simply “warnings” so that businesses in the tourist capital could resume, while an adamant Talisay vice mayor Charlie Natanauan urged his own residents to return home and defy PHIVOLCS’ “opinions” because after all, he remarked—PHIVOLCS chief seismologist Renato Solidum is not God.

Yes—scientists aren’t gods in the sense that they do not know exactly how or when something is going to happen, but scientists are more likely to make statistically correct postulations (not opinions) by putting empirical evidence first before politics and sentiments. Even if we empathize with Natanauan, who after all, appeared to be only showing genuine albeit misguided concern for the displaced residents stuck in cramped and uncomfortable evacuation centers, the science indicated, at that time, that there was still significant magmatic movement and the probability of an imminent eruption was still too high to risk downgrading the alert warning. The thing with science is that it is what it is whether we like it or not. PHIVOLCS called the situation what it was according to what its instruments were telling it—an Alert Level 4. Businesses and livelihoods have to wait. No one goes home.

Taal didn’t erupt—at least it hasn’t yet (fortunately) and it was only after two weeks that the alert was deemed safe enough to be lowered down a notch. But this turn of events shouldn’t be seen as flawed science or as a vindication for Natanauan. When the potential consequences of a bad call are of such horrific magnitude (to give us an idea, 200 lives perished in the 1965 eruption and over 1,000 in 1911), it would be sheer recklessness to gamble on empathy and sentiments instead of science as some politicians are inclined to.

It is appalling to think that instead of being commended, PHIVOLCS is being eyed for a probe instead. It is actually more of a disaster risk concern how some of our politicians cannot put their faith in hard evidence and question why scientists cannot think more like, well—like politicians.

Indecision in the DOH

As a contrasting example, the Department of Health’s (DOH) response to the developing situation in its own area of expertise could hardly be considered scientific in its approach. Despite the epidemiology of nCoV already being widely circulated within the weeks before our first confirmed case—outlining the new virus’ origins, the nature of transmission, the symptoms (or lack of), the alarming infection and death rate, DOH secretary Francisco Duque III still opted to put politics first on the table, citing diplomatic relations with China as something too important that we can ill afford to impose a travel ban to the affected regions.

Duque also claimed that he was only waiting (impatiently) for the World Health Organization (WHO) to arrive at a consensus and declare a global health emergency for a “coordinated response.” But what was there to stop him from immediately recommending a travel ban given his position as secretary of Health? Was he not the most qualified person in the country to assess the seriousness of the threat with all the resources and intelligence at his disposal? Was he trying not to be accused of overreacting? (Is it even possible to overreact to a fast virus without a cure?) What coordinated response was he waiting for when other countries—countries better equipped to handle the virus—were already scrambling to secure their borders even before WHO declared an emergency?

It was only a day after the country’s first confirmed case and with much backlash from an already paranoid public that a travel ban was finally imposed. That the DOH opted to wait that long is revealing of an institution that operates more along bureaucratic than scientific lines. Only the next few weeks, perhaps months, will show the full consequences of DOH’s approach.

The conviction of the scientist is to act in accordance with what the evidence suggests, even if it clashes against politics or popular opinion. A politician, on the other hand, is someone who, more often, prefers to steer reality to fit a certain agenda or appease the popular opinion. It is fortunate that PHIVOLCS is headed by a scientist but it appears that a politician is at the helm of DOH.

But the nature of volcanoes or viruses is unchanged by politics, sentiments, or opinions. They strike without reason, without meaning to. Their movements are largely invisible, too deep underground or too microscopic for us to discern without the aid of instrumentation. Both are extremely unpredictable, and it is perhaps a huge mistake to personify their temperaments. Volcanoes can take their time—in geological terms. Viruses can mutate unexpectedly in a matter of days. Both do not take into account your race, beliefs, economic conditions, or dreams and aspirations. When facing against forces that do not possess and have no need for politics, the response should be the same. In situations like these, a single scientist can be worth more than a hundred politicians.

As of this writing, Alert Level 3 still remains over Taal Volcano, an eruption still a looming cloud of probability. On the other hand, there are two confirmed cases of nCoV in the country with one death and 105 more under investigation. Both of these climactic events are still unfolding uneasily, compelling us to keep our masks on for what is starting to look like a very eventful year.

Is it Really That Shocking There’s a Sex Menu for Chinese POGO Workers?