Teresita Ang-See outlines why Winnie Monsod is misguided in her column about Tsinoys.

My friends, Tsinoys and native Filipinos alike, have been calling my attention to the deluge of negative comments about the influx of Chinese nationals, especially from the mainland and other issues. They worry that the negativity may spill over to include Chinese Filipinos.

They said they can distinguish the Chinese who are newcomers from the Tsinoys like us who are rooted in Philippine soil and whose bonds are with the Filipino people. But some decline to make that distinction because they do not have close personal friends among Tsinoys or they just do not want to get to know Tsinoys, or both.

Tsinoys, in particular, have raised the fear that the backlash born out of the resentment against China and our government’s handling of the sea disputes may target the Tsinoys as an ethnic group, recalling what happened in Indonesia in 1998 and the Chinese-Vietnamese boat people and the Chinese Malaysians in the 1960s.

I have assured my friends that ethnic pogroms or ethnic cleansing is unlikely to happen in the Philippines. We are a very tolerant Christian country and have accepted even erstwhile “enemies” like the Japanese as friends.

We can remind these people that the Spaniards, British, Americans and Japanese came to our country in their gunboats and colonized us. Only the Chinese came in their merchant vessels to trade and bring goods and technology that made lives easier.


Maybe, the problem is many can’t really discern who are friends and who are enemies. I also assured them that people like economist Solita Monsod and writer Frankie Sionil Jose are isolated cases. Both have written anti-Chinese articles (Jose in 2015 and Monsod (just last month) making no distinction between Chinese nationals and Chinese Filipinos.

Can it be that these two prominent Filipinos have no close personal friends from among the Tsinoys, or just refuse to understand them? Sad.

I should share with them my five volumes of, The Chinese in the Philippines: Problems and Perspectives, where I discuss issues about integration, identity and social transformation of the Tsinoys. The earlier articles way back 1987 already contain unequivocal statements that the Philippines is our country where we were born and for which we will proudly die. The same statement greets visitors to our Bahay Tsinoy – Museum of the Chinese in Philippine Life when their tour nears its conclusion on the third floor. I’d like to invite Monsod to see our hologram at Bahay Tsinoy.

It is also sad that Monsod, who recently wrote “Why Filipinos distrust China” in her weekly newspaper column, doesn’t seem to be acquainted with working-class Filipinos. In Cavite alone, I can name two Tsinoy-owned factories whose workers and their families have been in the same company for generations. That is how much they love—and are loyal to—their employers. There are many many more Tsinoy employers well loved than those “hated” by their workers.

Studies of the Economics Department of the University of the Philippines attest to the truth that months after Ninoy Aquino was assassinated in 1983, the prediction is that the Philippine economy will go down the drain.

The World Bank and the International Monetary Fund refused to release loans and there was no money for electricity and fuel even for our factories.

But the predicted collapse did not happen. The Philippine economy suffered but stayed afloat.

Economists subsequently reasoned that one important factor is that Tsinoys did not pull out their capital. Many among the elite Filipinos escaped to other countries and pulled out their resources. But Tsinoys stayed and suffered with their workers, rotated work days so that employees can work at least two to three days a week. Many also rationed rice for all so that at least there is rice on the table. As an economist, I’m sure Monsod must be aware of that.

During the 1986 People Power Revolution, Tsinoys were with their Filipino brothers, in the same way they stood shoulder to shoulder with their Pinoy comrades and gave their lives in the war against the Japanese.

Some years ago, Monsod tried to bait me in her show. When I said I would not support any war between the Philippines and China, she insisted on interpreting this as disloyalty to the Philippines. I was speechless by her belligerence and blurted out that she should not put words in my moth.

Let me stress that any Filipino loyal to the country will not support any war, whether against China, Japan, the United States or others because we believe that war is not an answer to territorial or maritime problems or any problem at that. Diplomacy is the only way to solve the disputes.

Majority of Tsinoys stand with the Philippines in laying claim to the disputed islands. Likewise, many have demanded that our government ask China to recompense and rehabilitate the coral reefs they have destroyed. But waging war is not the way to go about it.

Sovereignty is non-negotiable. Neither the Filipinos nor the Chinese will give up sovereignty over the disputed islands. But neither will any side start a war over them. The stakes are unacceptable. Any third country wishing to capitalize on the disputes to exacerbate the problem and provoke war may be surprised that neither side will allow it to happen.

In 1990, my social survey showed 90 percent of Tsinoys were born in the Philippines.Their first language is Filipino, or a local dialect, and then English; Chinese comes a poor third, to the endless lament of their parents. A high 83 percent said they do not see themselves leaving the Philippines and 92 percent consider the Philippines their only home.

Both my children received advanced university degrees—a master's and a doctorate—from the U.S., chose to return to the Philippines to contribute to the nation's well-being instead of staying in America to seek their futures and fortunes there. Many other Tsinoy youths have done likewise. Surely that is love of country which even staunch critics of Tsinoys can acknowledge?

At the height of the anti-kidnapping campaign, my children suffered the most when we had to move residence several times due to active threats against us. But, this was no reason for them or for me to give up on our country.

In my Ateneo class, my Tsinoy students are just like their Filipino classmates who often cannot tell who Chiang Kai Shek, Sun Yat Sen, Mao Tse Tung and Deng Xiao Ping are. But they got all the Filipino heroes right. Few have first-hand experience with China, the country of their ancestors, which they learn about mostly from textbooks or stories of their elders. They view events in China with a sense of detachment that shocks their elders.

Monsod has apparently not touched base with these Tsinoys, spent time to exchange stories and experiences with them, enough to broaden and enrich her outlook. Had she done so, she would get to know that Tsinoys are Filipinos who happen to be of Chinese descent and not Chinese who happen to be in the Philippines.

She would above all also find out that Tsinoys would willingly die for the Philippines, but, most importantly, live their lives for and with their fellow Filipinos.

About The Author
Teresita Ang See
Teresita Ang-See is the founding president of the Kaisa Heritage Center that operates the Bahay Tsinoy Museum of Chinese in Philippine Life. She rose to national prominence as a fierce advocate for peace and order at the height of the kidnapping menace, and continues to promote Filipino interests in current geopolitical issues.
View Other Articles From Teresita
Get The Latest Updates From Esquire!
Subscribe to our newsletter!
Latest Feed
Load More Articles
Esquire Money 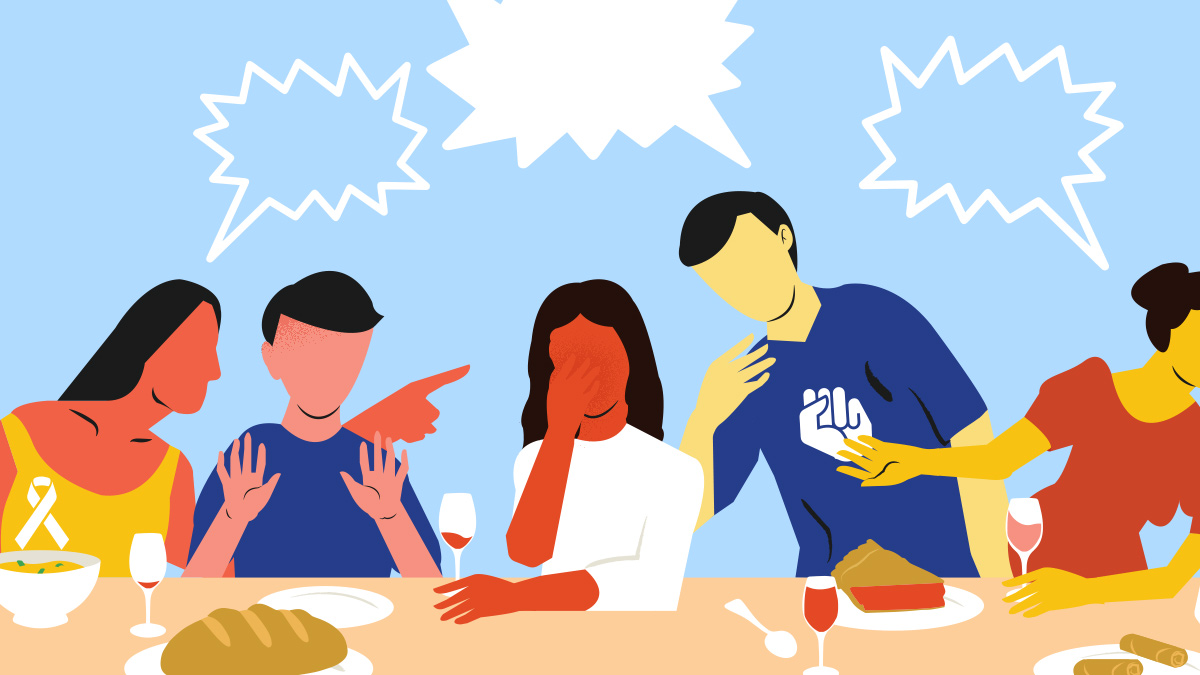 What Happens When the Political Divide Comes to the Family Table