Take your pick from the Harrington, Mackintosh, bomber, parka, and more. 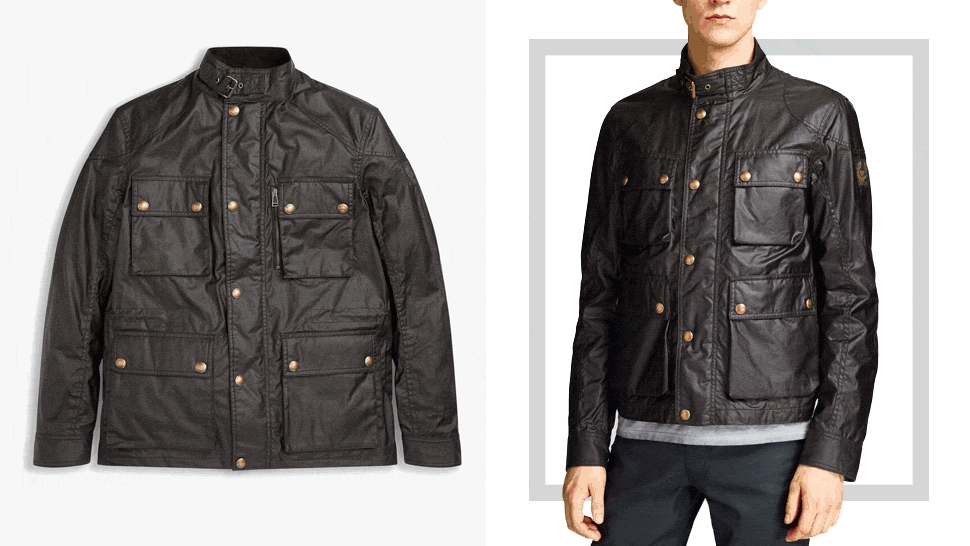 Clothing’s main purpose has always been protection, and these six outerwear options counts as your best defense against the cold, wind, and water of drizzles, and downpours. And because these pieces are also staples in men’s style, apart from shielding you from the elements, they also make you look good.

The Harrington, also known as the blouson or golf jacket, is the perfect spring jacket. It’s meant for transitional weather as it is light enough for sunny days but still offers protection from

drizzles and mild showers. It’s characterized by its lightweight, water-resistant material (traditionally a cotton-polyester blend) and elasticized sleeve cuffs and a bottom hem, which gives it that signature blousy silhouette. Another key detail is the umbrella vent on the back that guides rainwater off the shoulders and over the waistband in order to keep your pants from getting wet. The Harrington jacket was a favorite of The King of Cool, Steve McQueen.

When Charles Macintosh, a chemist from Glasgow, re-used waste products from his factory, he came up with the first waterproof fabric—thin sheets of rubber laminated on textile. That led to the first ever Mackintosh or Mac being sold in 1823 and, of course, the jacket was named after him. Today, the Mackintosh is recognized by its rubber-laminated fabric, usually cut in the popular rain coat design: single breasted, straight silhouette, and a length ending just below the knee.

The trench coat earned its name from the protection and mobility it offered to men fighting in the war trenches. Originally designed for British officers in the Boer War during World War I, it was made of gabardine, a durable wool fabric (invented by Charles Burberry) that repelled water and maintained warmth and ventilation. By World War II, its design included details such as D-rings and epaulets or shoulder straps. It also became a much coveted piece among soldiers as they were not part of the uniform and only sold privately.

Beyond the war, Old Hollywood leading men including Humphrey Bogart, Cary Grant, Gregory Peck, and Robert Mitchum wore the iconic outerwear in movies, captivating audiences with the trench coat’s references to mystery and espionage. Traditionally double breasted with six to 10 buttons (depending on length) and featuring a single back vent, storm flap, raglan sleeves, epaulets, cuff straps, and a detachable D-ring belt, the design of the trench coat has endured over 100 years, making it a true essential in men’s wear.

Though this outdoor jacket brings up imagery of hunting, shooting, fishing, and other facets of rural life in the English countryside, the waxed jacket actually takes its roots from sailors in the early 19th century. The remains of damaged sails were treated with linseed oil and then sewn together to produce waterproof garments for seamen. Eventually, waxed fabric found its way to the English countryside, where it proved to be of great use as protection from the foul and unpredictable weather. Popularly used as a material for either rain coats or motorcycle suits, the practicality and durability of waxed fabric (cotton treated with paraffin is mostly used nowadays) has made it a wardrobe staple for the great outdoors and beyond. This works just fine for downpours in the city and looks quite handsome worn over a suit.

The first parkas were invented by the Caribou Inuits of Northern Canada. They cut them out of caribou or seal skin in order to provide warmth while fishing or hunting for food in the Arctic. Later on, the design were adapted for the U.S. military, which led to models like the N-3B snorkel parka, developed for flight crews in the 1950s stationed in extremely cold areas, as well as the M-51 fishtail parka, used by soldiers who fought in the Korean War. These two models paved the way for parkas for civilian use. The fishtail parka (so-called because of its fish tail extension that helped with wind-proofing), in particular, became a symbol of the mod subculture of the 1960s. The parka was considered the ideal garment for protecting smarter clothes from grime while riding their vehicle of choice, the scooter. The modern parka is now known for the same characteristics that were present decades ago: a hood, a water-repellant shell, and a lining in the body that provides insulation and additional defense from the elements.

The bomber jacket or flight jacket is another iconic piece of outerwear with military origins. The first bomber jackets were made of heavy-duty horse leather and distributed to the U.S. military. The A-1 leather flight jacket, developed in the 1920s, is the definitive blueprint that evolved into different bomber jacket models over the years. The bulky leather was exchanged for nylon satin around the 1950s, which made it easier to move around modern cockpits and offered better water protection. Fast forward to today, the bomber’s design and silhouette has remained constant with only minimal modifications.

It is now commonplace in civilian dress. Other outerwear pieces such as the varsity jacket and souvenir jacket have used the bomber silhoutte as their template. Depending on their material and weight, today’s bomber jackets offer different levels of protection from the weather. Styles close to the original (in horse leather or heavy nylon satin) offer great protection from harsh weather, while updated versions (in cotton weaves or suede) are more comfortable and convenient for daily wear. 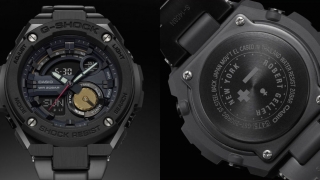 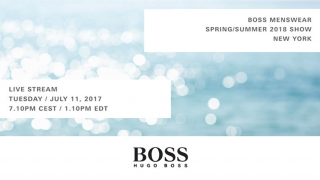