Amid upheavals in politics and pop culture, 2019 remained a strong year for cool kicks. 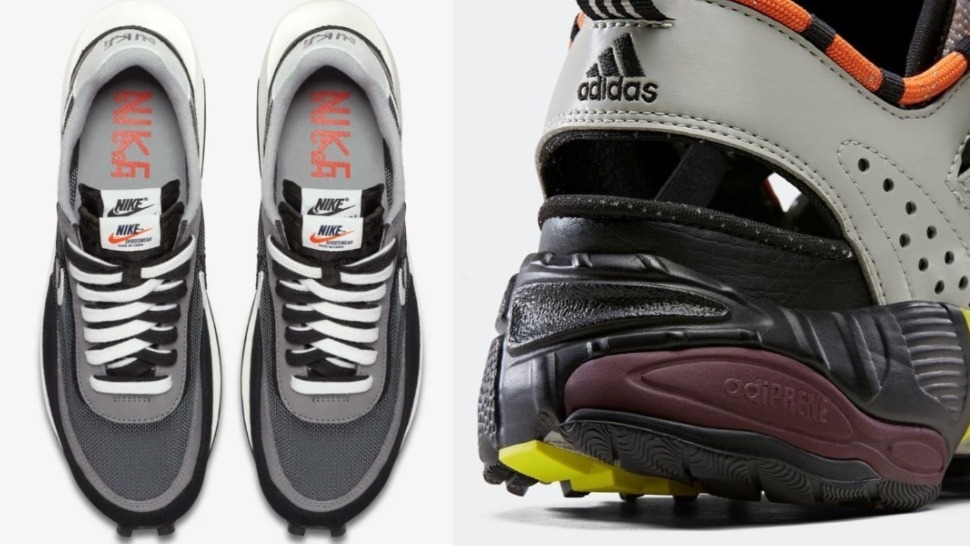 Well, here we are at the close of another year and on the verge of an exciting new decade. Perhaps even more than previous years, we’ve spent the past 365 days reeling and writhing from all the upheavals that the Internet and social media has wrought—in politics, in pop culture, in everything.

But the good news—because there is still some good news, occasionally—is that 2019 was a great year in sneakers. Ever since sneaker culture hit critical mass and broke into mainstream consciousness at the turn of the decade, it has grown exponentially. And now, as we close the 2010s, it feels like sneakers have become an integral part of how our generation dresses. The sneaker bubble—if it is a bubble at all—has yet to pop.

Here are a few:

Most sneakerheads will look back at 2019 as the year that Nike collaborated with Sacai to create a set of wild retro runners and Blazers. You know the ones because they’re all over your Instagram feed: double swoosh, double midsole, double panels, double tongues. Nike has done the same with its other retro shoes, too, such as the Air Ghost Racer and its collaboration with Undercover.

These 2019 hits are the natural evolution of the custom Air Force 1s that John Geiger and The Shoe Surgeon made in 2017. It’s an aesthetic of redundancy, excess, overkill—a weird but studied garishness. Nike owned this, and through it, made some of 2019’s most impactful sneakers.

Brutalism, as we know it in architecture, is about being crude, vaguely violent, and also somehow elegant; characterized by raw, unfinished design.

Yep, sounds like Virgil, doesn’t it? Abloh’s first major collaboration with Nike kicked off in 2017, and since then, anything with a Swoosh and an Off-White label has cleared the shelves instantly. The same has gone for Off-White’s 2019 Nikes, which are all pretty violent: the Vapor Streets, the Waffle Racers, and most recently, the Dunk Lows.

You’d see the same sort of look on an equally popular 2019 Nike collaboration: the Cactus Plant Flea Market Vapormaxes—as well as on some of its general-release models, like the AF-1 Type and the Drop Type LX.

There’s also been a discernible wave of brutalist footwear outside Nike. This year, Puma kept pushing the Thunder. Adidas had the Ozweego and its range of 4D-soled sneakers. Jordan Brand had Russell Westbrook’s signature shoe, the Zero.2, as well as the Air Jordan 1 "Defiant," which had an unfinished Swoosh.

This one’s mostly exclusive to Nike, but still worth mentioning, because it’s something we hope to see from other brands, too. This year, we had the Nike SB x Air Jordan 1 “New York to Paris” and “Los Angeles to Chicago,” which both changed colors with wear and tear, to represent travel from one city to another.

We saw the same from the year’s next SB Jordan: the “Desert Ore” Lows, with a tan canvas upper that ripped with wear to reveal mismatched blue leather panels. Then came the Air Force 1 “Para Noise” by G-Dragon, which had a black upper that belied graffiti graphics. Then, if teasers are to be believed, the next Sean Wotherspoon collaboration with Asics and Atmos will also feature wear-away corduroy.

There’s plenty of evidence that trail runners are the next big trend in sneakers. Nike’s All-Conditions Gear (ACG) division is suddenly making noise, and putting out a lot of great colorways of its mountaineering boots and shoes. One of Adidas’s milestone collections this year was the “Gardening Club” line, which the German brand dubbed “horti-couture.” 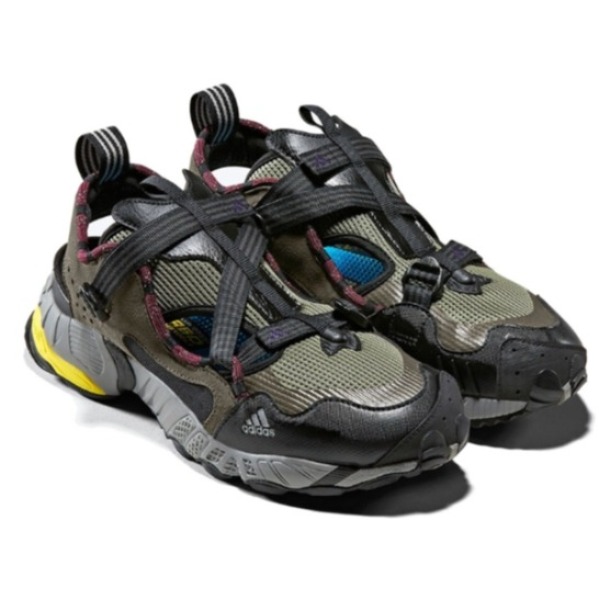 But the true star of the year is Salomon, which surprised the sneaker world with incredible colorways of its XT-6, an archival design that somehow became one of the most influential sneakers of the year. With its new S/LAB label finally on the map, expect Salomon to be huge in 2020.

The ’90s Are Back Again, Still

By some estimates, 2019 was the year that Generation Z finally outnumbered millennials. That means there are more ’90s babies than ever with disposable incomes—and nostalgia is definitely something they’re willing to spend it on. We’re seeing animal prints and bright colors, and some more overt references to the final decade of the 20th century, too.

Nike had its Olivia Kim collaboration, which was explicitly a love letter to the ’90s. It also released Kyrie Irving’s signature sneaker in a Friends colorway and a SpongeBob SquarePants colorway. Reebok hyped up the Instapump Fury by releasing colorways that paid tribute to its greatest hits from the ’90s. The Adidas Ozweego was revived from a 1996 design.

The ’90s are everywhere again, and we don’t expect the look of the decade to fall behind through 2020. 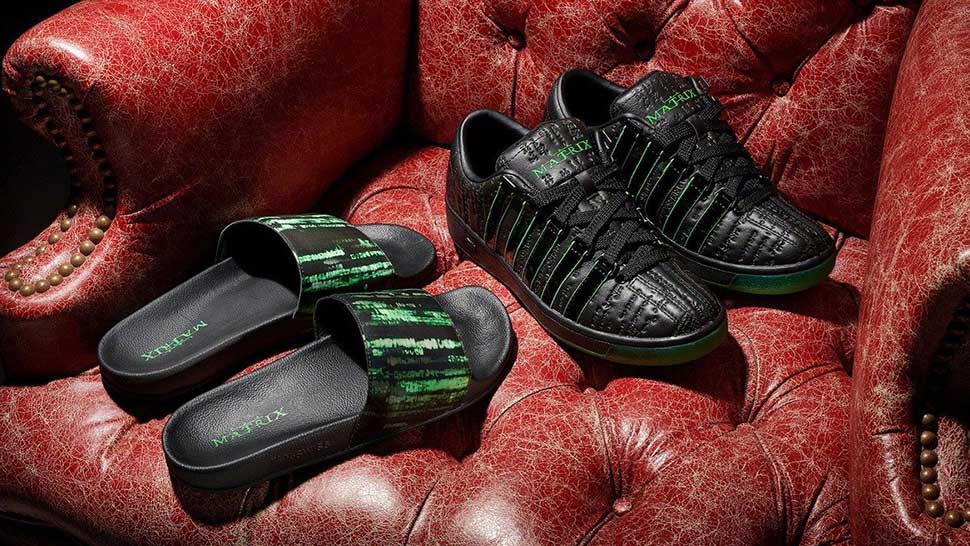 The Matrix Lives On With K-Swiss' New Collection 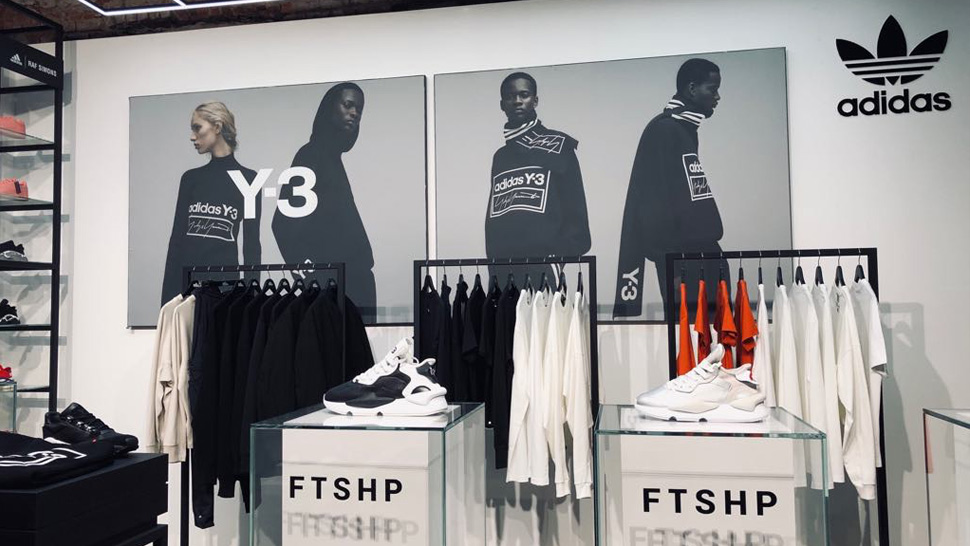