The tuxedo watch is a thing of beauty

Bulgari's new watches appear discreet but expensive, or expensive but discreet, which is just perfect for the needs of the wealthy but anxious. 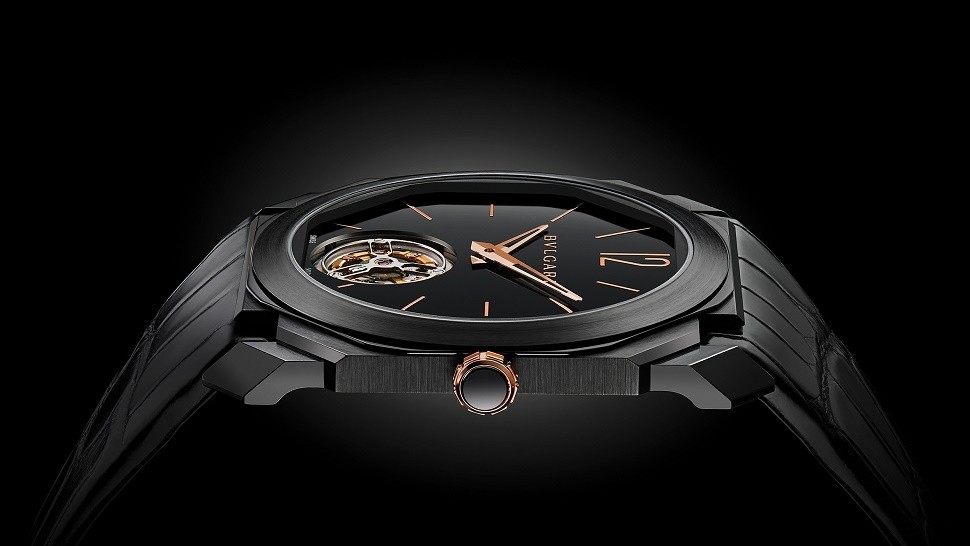 Do you like watches that sit on your wrist like a tank that tells time? Turns out you don’t. Men are turning away from the flash of the big and heavy in favor of the sliver-thin and cat-quiet. The shift in perspective can be attributed to the slow economic environment the world finds itself in. “We have a lot of very rich clients today that do not want to show their watches,” reports Fabrizio Buonamassa, director of the Bulgari Watches Design Center, at an exclusive presentation held at the Bulgari boutique in Marina Bay Sands in Singapore. In consideration of more important needs and, in some places, their very safety, men are opting out of objects that clue you in on how much money they make.

Which brings us to what Buonamassa refers to “a strong trend in tuxedo watches.” Thin is in. Watches that rest on the skin like a stack of coins are wanted. Timepieces that slip quietly under the cuff of a slim dress shirt are preferred. And though you might not be an oil baron, a media mogul, or the average tech millionaire, who needs to shoo away unwanted attention, you’ll still find the new generation of streamlined watches appealing.

Men are turning away from the flash of the big and heavy in favor of the sliver-thin and cat-quiet.

Bulgari, the luxury company that creates high jewelry, has successfully made the transition into the world of watchmaking by virtue of its expertise in the manipulation of gemstones and forms. As early as the 1920s, it dabbled in custom-made watches; in the 1940s, it transposed time onto the multi-coiled Serpenti; and in 1975, the jeweler made waves with the arrival of the Bulgari Roma.

The yellow gold digital watch, with a plaited cord strap, had its name curiously engraved on its bezel. In the world of luxury watches, during that innocent time before namedropping, placing the logo so prominently on a watch’s face was unusual. And so it became a hit. What was intended as a limited run of 100, a special gift for special clients, became so in-demand that it prompted the creation of the Bulgari Bulgari series, which propelled the company into the heights of popularity.

At only 6.85mm thick, the Octo Finissimo Minute Repeater is a marvel of miniaturization, as well as an expression of skill and experience.

Today, the company possesses a covetable portfolio of luxury watches, from ladies’ timekeepers dripping in colored gemstones (a watch on the sparkling head of a snake never fails to amaze) to an equally strong suite of men’s watches with complications like the tourbillion, perpetual calendar, and moon phase. “I think that the Octo is our iconic watch. It’s our male pillar,” declares Buonamassa. Following the Octo Finissimo Tourbillon, which holds the distinction of having the thinnest tourbillon movement in the world, three slender models have been added to the line: a minute repeater, a skeleton watch, and a black-themed execution. The design director stresses how Bulgari always diverges from the standard. “We break the rules once again with the thinnest minute repeater in the world,” he says. At only 6.85mm thick, the Octo Finissimo Minute Repeater is a marvel of miniaturization, as well as an expression of skill and experience. How in the world were they able to fit everything into this slimmed-down package?

It would be difficult to explain how they did it, and maybe its best to leave the workings of this impossibly thin watch in the realm of the unknown to preserve its magic. Just know that, in order to fit the engine that drives the hands, add the whozits and whatzits required to produce the clear-as-a-bell sound of a repeater, and finally dress everything in that sliver of a case, traditional watchmaking techniques had to be abandoned. “To reach this, the process is totally different. Rather than adding layers, you have to work totally from scratch,” explains Pascal Brandt, communications director of Bulgari Watches.

It took three years to figure out how to fit all the pieces, which included 362 miniaturized components, into a movement and case of infinitesimal proportions. The guiding principle in creating an ultrathin watch is that everything must make sense. “This kind of movement doesn’t have space for decorative elements,” explains Buonamassa. “It’s like a military object or a Formula One car. You need the components to work in a perfect way.”

The design director adjusts the watch hands to five before 12. “You have to push the button-it’s very well integrated in terms of design. You push [it], and you can hear the sound,” he says. The minute repeater rings. It’s not a brrriing. It’s more like a ding, the confident tolling of an invisible bell, which is loud enough to attract attention, but not obnoxiously obtrusive as to distract from conversation.

We imagine this will be useful in situations where you can’t glance at your wrist to determine the time like during a bad date.

This tuxedo watch is recommended for everyday use, which is another case of breaking the rules. Made of solid titanium, a material that gives the minute repeater lightness (it weighs a comfortable 43 grams) and strength, Bulgari has made a highly wearable grand complication watch. “It’s not something for your safe,” adds Buonamassa. “It’s something for your pleasure.” 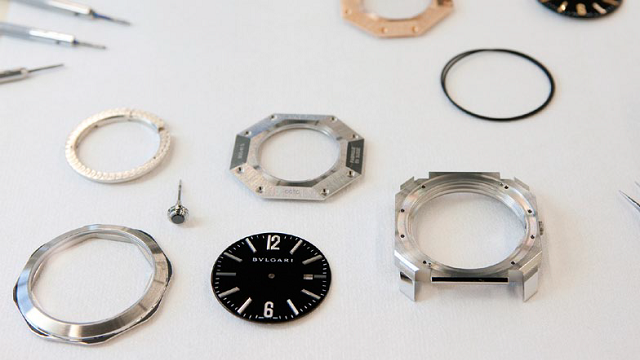 For watch aficionados, the idea of wearing a minute repeater, which is usually expensive, produced in limited numbers, and reserved only for special occasions, to something as mundane as your son’s first basketball game may be akin to sacrilege. But Bulgari has the license to shake things up. “This is the boldness of the brand,” reiterates Brandt. “Bulgari was not a watchmaker originally. It’s a jeweler, which came into watches... This means, we have a lot of freedom in terms of watch creation.”

Even if they have the ability to create grand complication watches, setting records along the way, Bulgari still finds itself outside the circle of elite Swiss watchmakers. Which is not necessarily a bad thing because the jeweler is released from the expectation to create only very classic watches. There is a lot of wiggle room to do things another way and, yes, shock (watch out for carbon gold executions in the future).

The minute repeater rings. It’s not a brrriing. It’s more like a ding, the confident tolling of an invisible bell, which is loud enough to attract attention, but not obnoxiously obtrusive as to distract from conversation. We imagine this will be useful in situations where you can’t glance at your wrist to determine the time like during a bad date.

With their round dials, thin bezels, and white faces, tuxedo or formal watches tend to look the same. If you don’t take time to read the logo, you might make the awkward mistake of identifying a watch as part of another house.

But you’ll never mistake the eight-sided Octo for something else. Its play on shape and volume-an octagon enclosed by a circle that is placed atop another octagon-gives it distinct character among ultra-thin, formal watches. “Our direction in these dress watches [is to] break the rules with an iconic design,” adds Buonamassa.

For the Octo Finissimo Skeleton, that means applying a see-through execution onto the very thin form. Bulgari describes this as a “watch clothed in a black, silk negligee,” and when you see the light shine through its lace-like gears, you believe the crazy description.

The Octo Finnisimo Ultranero offers something even more straightforward with its focus on the different combinations of black and gold. The black here is endowed with Bulgari’s diamond-like carbon coating, which gives Ultranero watches an architectural feel and even the look of a stealth fighter jet.

In other words, these watches appear discreet but expensive, or expensive but discreet, which is just perfect for the needs of the wealthy but anxious. 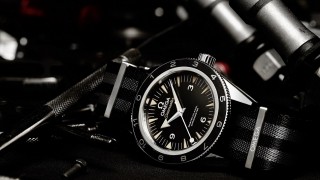