If you subscribe to the belief that clothes make the man, nothing says more about who you are than wearing the immediately recognizable symbols and signifiers of these prestigious luxury brands. 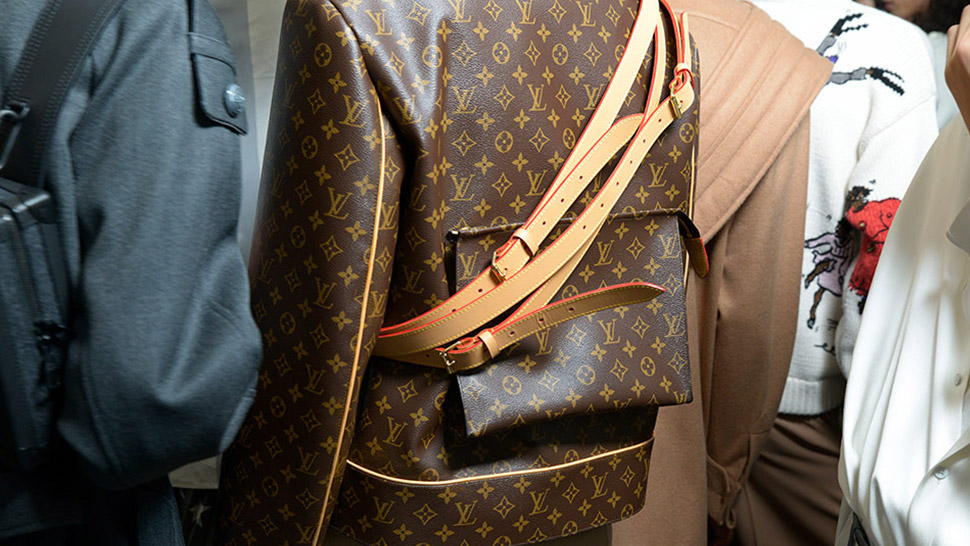 When it comes to getting a message across, there’s nothing more effective than establishing an easily recognizable luxury brand logo, pattern, or monogram. It's a visual shorthand for communicating who you are without having to say a word and can immediately establish where you are (or at least, want to appear to be) on the social totem pole.

As men are visual creatures—and social ones, at that—choosing to wear or associate yourself with a luxury brand can be an attempt at outright intimidation or to subtly command attention and respect. But as with anything that you drape on your person, it’s a good idea to think about the message you’re conveying with the brands that you patronize. Here are just a few of the most easily recognizable signs, logos, and symbols and what wearing each one could be communicating about you.

Luxury luggage and trunk maker Louis Vuitton introduced the two-tone checkered Damier pattern in 1888 in an effort to combat counterfeiters trying to replicate his products following its popularity among the nobility and elite. A few years after his passing, his son Georges introduced his own take on a trademark pattern: an interlocking L and V alternating with geometric flowers.

The LV monogram is now famous and instantly recognizable the world over, but it has yet to fulfill its original purpose, which was to quash the proliferation of fakes (the World Customs Organization lists Louis Vuitton as the world’s sixth most counterfeited brand).

So, a man who bravely sports the LV monogram could be saying one of two things: I like luxury and I don’t care who knows it, or I’m wearing a fake and I don’t care who can tell. Handy tip for those looking to spot a faux: Check if the LV logo is crooked, cut off, or shows signs of inconsistency, and the leather should be one solid, continuous piece with no visible breaks or seams.

The two interlocking Gs of the Gucci logo stand for the initials of the brand’s founder, Guccio Gucci, who established the company in Florence in 1921. The actual logo itself was conceptualized by his son, Aldo, in the 1930s, and soon began to figure in its version of the canvas monogram pattern before appearing on bag fastenings and shoes.

After a resurgence in the Tom Ford-era ’90s, Gucci once again created waves with the appointment of Alessandro Michele in 2015. Michele wasted no time in resurrecting the double G, featuring it prominently on belt buckles and accessories, describing it in an interview as, “like drawing on the Mona Lisa… like a hieroglyph that everyone knows and I use it as the cherry on top of my designs.” His irreverently maximalist approach is working, as Gucci is once again a covetable brand name.

If you’re among those who have bought into the luxury brand logo, people may assume you’re a Lil Pump fan who wanted in on the Gucci Gang (from Radric Davis adopting the name Gucci Mane to Future rapping about Gucci flip-flops, the brand is the most name-dropped in all of hip-hop) or you’ve been a follower all along, from before Gucci once again became cool.

The Versace aesthetic, in all its gilded, skin-baring, dramatic glory, has become synonymous with Italian opulence and excess, and has found an avatar in the Medusa head that accompanies the brand name. Though Gianni Versace started his eponymous label in 1978, he only introduced the symbol in the ’90s, with the serene face surrounded by a border of Grecian keys. The story goes that he was inspired by the artwork on the floor of the ruins of a Roman villa where he played with his sister Donatella as a child.

The mythological monster Medusa, with her irresistible gaze that turns men to stone, was a fitting muse for a man who hoped to inspire shock and awe with his sexy, seductive looks. Truly, a Versace outfit has been known to transform lives (just ask J. Lo and Elizabeth Hurley), and if you’re a man who is bold enough to wear it, then certainly you don’t shy away from attention and have no problems being the loudest guy at any party.

Hans Wilsdorf and his brother-in-law Alfred Davis began producing watches under the Rolex name in 1908, although the signature crown logo only followed years later, in 1925. There are a few theories as to what the five-point coronet stands for—some say it represents a hand’s five fingers; others believe it symbolizes five tree branches topped with pearls. The brand has never confirmed either, but it is the perfect embodiment of its official tagline, “A Crown for Every Achievement,” the same way that there is no better way to celebrate a life milestone than to reward yourself with a Rolex watch.

As for the man who chooses to wear one: It shows you’re a believer in classic, unmistakable good taste, a fan of reliable watches and craftsmanship, and, since it’s one of the luxury world’s most iconic symbols, you’ve got a net worth to be reckoned with and you want everybody to know it.

With a refusal to advertise nor participate in the mainstream marketing machine, Goyard is perhaps the most under-the-radar prestige brand out there, yet has managed to create an instantly recognizable pattern that resonates with fans who like their luxury a lot less loud and much more discreet.

Starting out as a box and trunk maker when it was established in 1853, Goyard created the Goyardine canvas in 1892, taking its chevron pattern from the Y in the middle of the family name. The dotted print is meant to resemble log stacks, a nod to the family’s log-driving ancestry, while the subtle E. Goyard bisected with the flagship store’s address (233 R. St. Honoré Paris) is the only indication of the brand’s name.

The brand itself has carefully cultivated a reputation for being mysterious and elusive, shunning e-commerce and press interviews. But it made a mark in pop culture when Kanye West was photographed carrying a Goyard briefcase, and it’s been the go-to of every man who wants to show that he has a taste for the finer things in life without actually, ever really showing it by wearing a luxury brand logo. 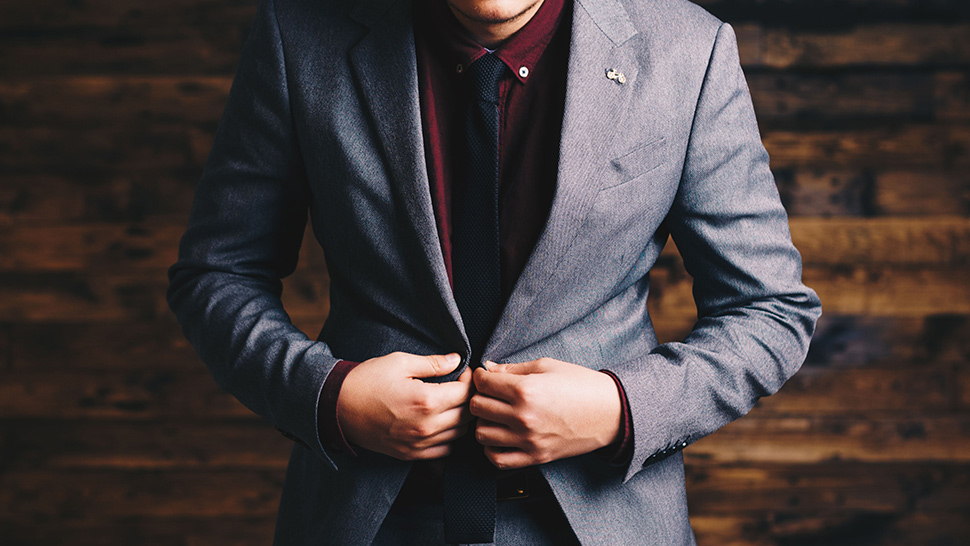 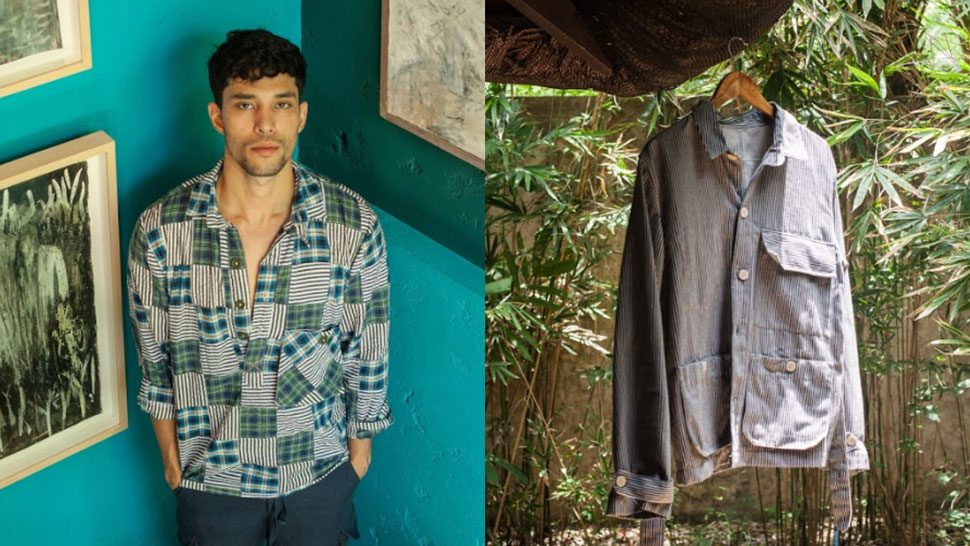