11 Unexpected Luxury Goods Made by Cartier for the Ultra Wealthy 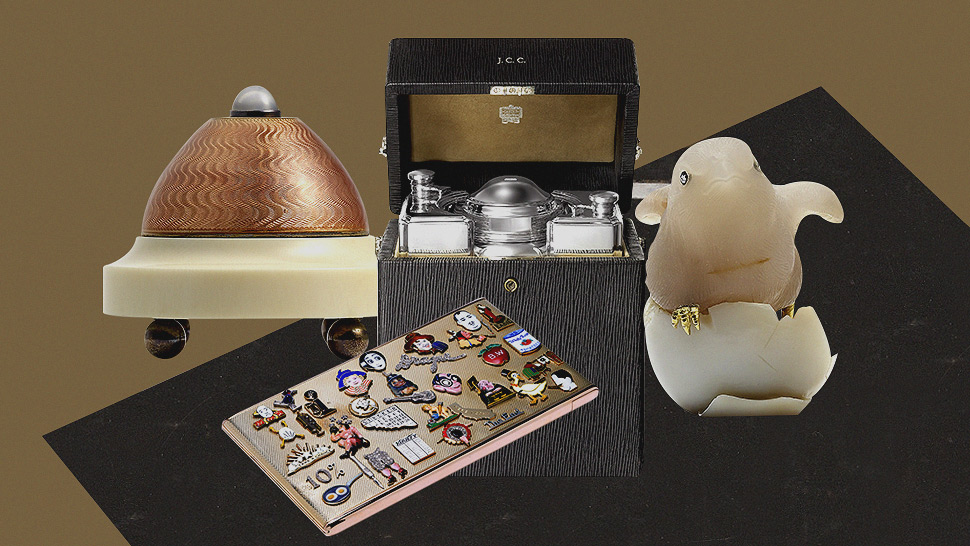 Luxury goods are not just bags or watches or jewelry. They can be a stone bird with diamond eyes or a board game decorated in gold. Point is, when made with great care and done in precious materials, any object—even a paperweight—can be elevated to that world where the air is very thin and people don’t say what they really mean: the world of the superrich.

While known as a maker of jaw-dropping jewelry, Cartier has also made a mark as a creator of precious trinkets, expensive tools, and gem-covered pets. Through a series of discoveries by its founders, the Paris luxury house started a tradition of making ordinary things extraordinary.

At the Exposition Universelle of 1900, Louis and Pierre Cartier, grandsons of Louis-Francois Cartier (founder of the house), “discovered the work of guilloche enamel by the Russian goldsmith Fabergé.” Watchheads will recognize the technique as the silk-like sunray or wave patterns on the faces of timepieces. Louis adopted the delicate enamel work, but used his own color scheme of blue and mauve or blue and green.

Later, while traveling in Russia in 1904, Pierre encountered “small, hard-stone animals,” decorative objects that the czars favored, and from these, Cartier created a cabinet of curiosities, transforming the stone pets with gemstones. Its menagerie was populated with penguins, giraffes, and owls and even pigs and bulldogs.

But it was in the post-war years of the 1920s when Cartier leaned in on the idea of turning everyday objects into luxury goods, introducing, say, a gold pocket corkscrew (because people needed one). These novel creations, all expressions of extreme elegance, became part of the art de vivre or the art of living—some are useful, others are not quite, but all are definitely beautiful. Here are a few:

Rose-cut diamond eyes give the gray agate life, while chiseled gold feet help it escape from a chalcedony eggshell. But tell us: Is this luxurious rendition of a baby bird precious or a little creepy?

In the time before hollering at your assistants, a table bell delivers the Very Rich Person’s intent to eat. The princess presses the moonstone button atop the enamel dome (note the guilloche work) set on an ivory base and a grand meal appears.

Louis Cartier gave this precious creation to Jeanne Toussaint, Cartier’s director of bags, accessories, and objects and, according to legend, also the inspiration behind the house’s spirit animal, the panther. In its scene, an elegant cat of platinum, diamonds, and onyx prowls among two cypress trees made of emerald and ruby.

The platinum panther makes another appearance, this time decorated with rose-cut diamonds, cabochon onyx, carved emeralds, and gold studs. Not to be outdone, its friends, those cypress trees, are rendered in green enamel, rubies, and diamonds.

But what is a vanity case? Inside, the gold-and-enamel box holds a mirror, a lipstick, a covered powder compartment, and a cigarette compartment. And how do you open it? Unclasp the baguette-cut diamond between the two square-shaped emeralds. Duh.

The Design for the Panther Vanity Case

The journey of that amazing vanity case is immortalized in enameled yellow gold, platinum, emeralds, rubies, and diamonds, because why not? The design, itself, is rendered with humbler materials: graphite pencil, Indian ink, and gouache on tracing paper.

Though the bookbinding is imitation leather, the decoration is gold. All the other accouterments for playing one of the oldest board games in history are also included: two cups, five dice, colored sticks, checkers, and a leather scorebook. We don’t know how to play backgammon but we want this in our living room.

And now, something useful: Reflected in the golden interiors of this black leather box is a cocktail shaker, two flasks, a lemon juicer, and six cups. To pack for an impromptu cocktail party anywhere, tuck away the juicer and cups in the shaker and then place the shaker and flasks in the box.

There was a time when bubbles in Champagne were considered awful, and so something was needed to get rid of the fizzy happiness. Cartier took it upon itself to create what the social set must have: these silver, gold, rock crystal, and ivory tools for… stirring.

As its name suggests, this shaker tells you how to make cocktails. Rotating the silvered metal moves the arrow to your poison of choice (names are engraved on the shaker) and reveals its recipe in the window apertures. You don’t need a bartender anymore to create 15 drinks, from the Clover Club to the Dubbonet, the Whisky Sour to the Between the Sheets.

Personalization is the ultimate luxury. From this cigarette case made with an abundance of precious materials (yellow gold, rose gold, rubies, sapphires, diamonds), we can infer that the person who owns it is loaded, likes to inhale fire, and loves listening to music. The last bit is apparent in the 41 enamel lapel pins (34 on the cover, seven on the back) that represent songs written by Buddy De Sylva and his friends.

Here’s proof that all things can be transformed into luxury goods. Cartier and Charles M. Schulz birthed this paperweight—an object that weighs down paper!—to celebrate the beloved pooch. The paperweight and other limited edition pieces were presented in a Snoopy retrospective in the jeweler’s New York office, but this particular piece of platinum, gold, lacquered wood, and brilliant-cut diamonds (peep Snoopy’s choker) was sold at auction for the American Cancer Society. 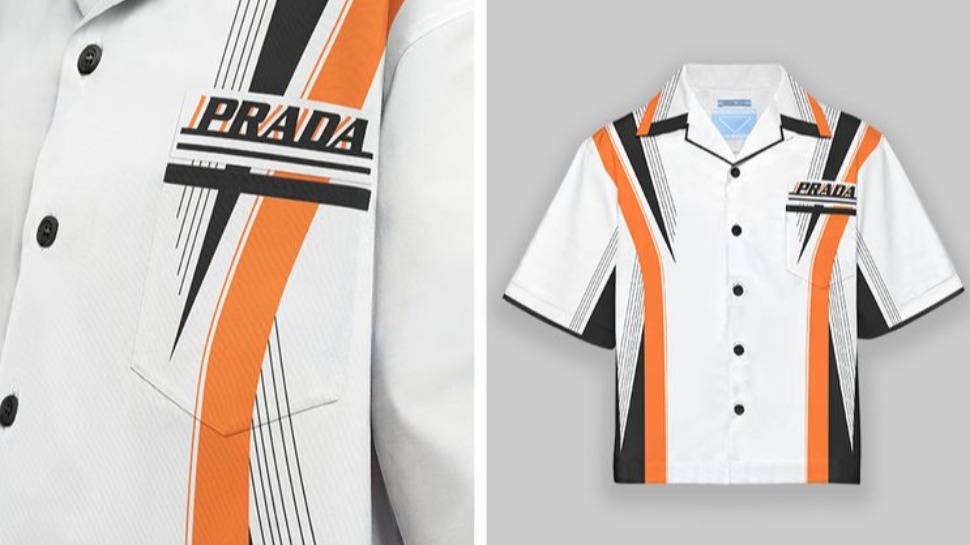 Prada Debuted Another Of The World's Most Collectible Shirts 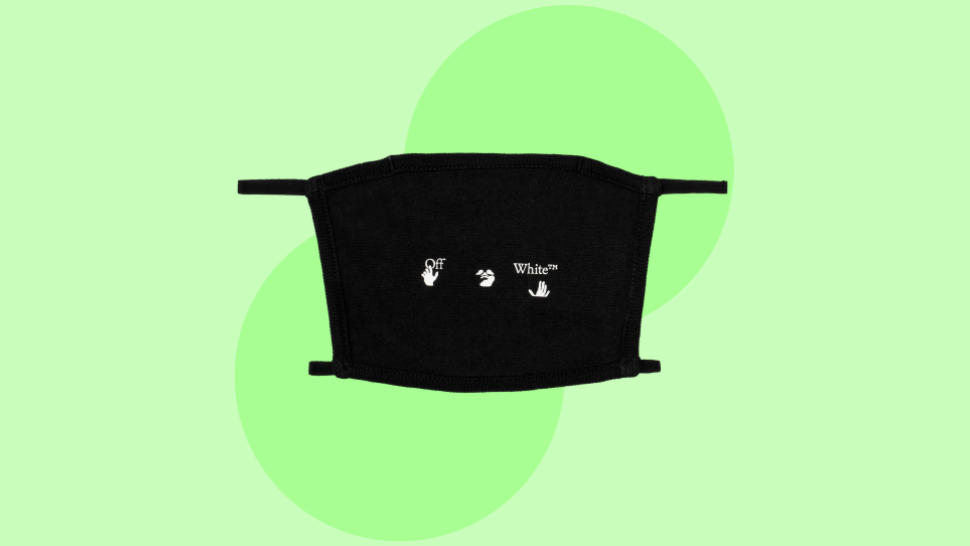 Off-White Just Dropped Three New Face Masks, And They're the Coolest Ones Yet
All Photos
Comments
View As List