Ready or Not, Nike Shox Are Making a Comeback

At least if legendary fashion brand Comme des Garçons has anything to say about it. 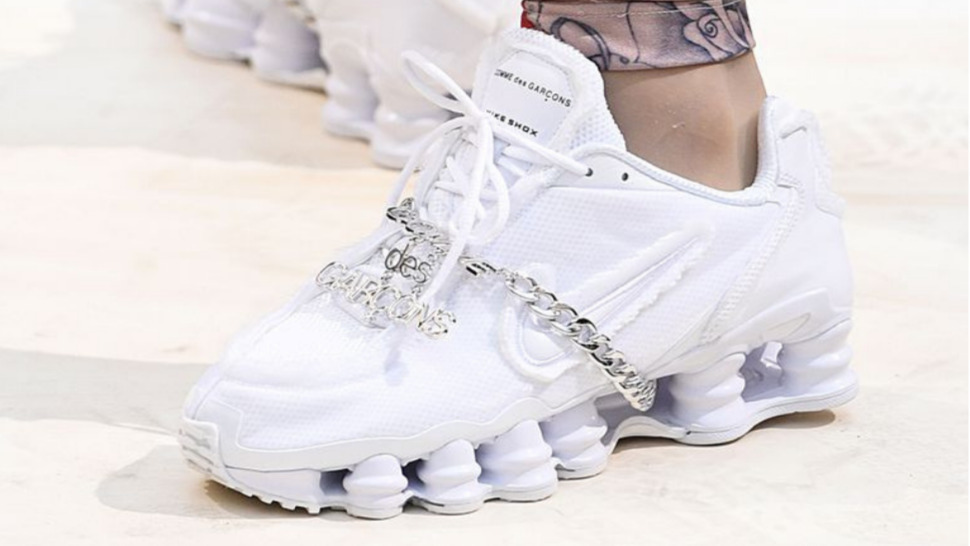 For a little while there, Nike Shox seemed inescapable. The technology, and the line of sneakers featuring it, debuted in 2000 and quickly became A Whole Thing. Did the shoes themselves look kind of bonkers? Yep! But remember, this was the early aughts: Bonkers was the name of the game.

Fast forward nearly two decades and bonkers is the name of the game once again. We've run through our heritage lumberjack moment, our ridiculously over-tailored one, and a peek at the athleisure future. Right now it's all about nostalgia, a little sleaze, and an anything-goes attitude. 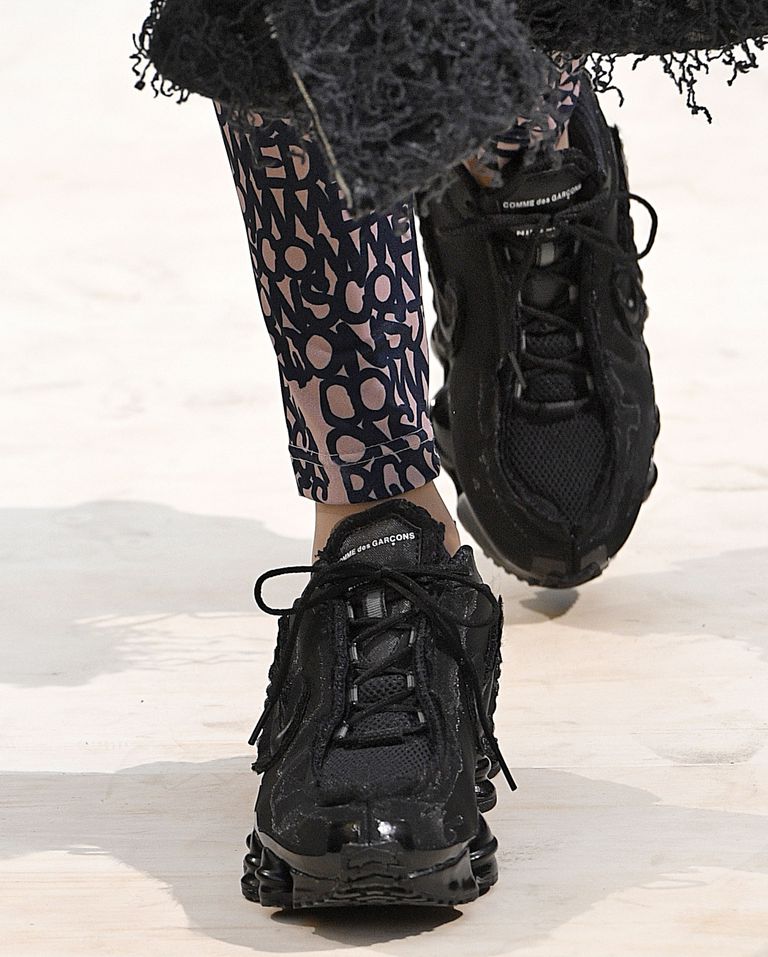 Is it any wonder, then, that Nike Shox seem poised for a legitimate comeback? Sure, we've seen versions pop up from time to time in the last few years. But the retro-futurist technology just got perhaps its biggest co-sign in recent memory courtesy of legendary label Comme des Garçons.

Designer Rei Kawakubo and company debuted two new Shox riffs at Paris Fashion week during the brand's women's show. Both are monochromatic, with deconstructed details like a fraying swoosh, plus a little ostentation courtesy of jewelry that wraps around the uppers and through the piston-like Shox soles. 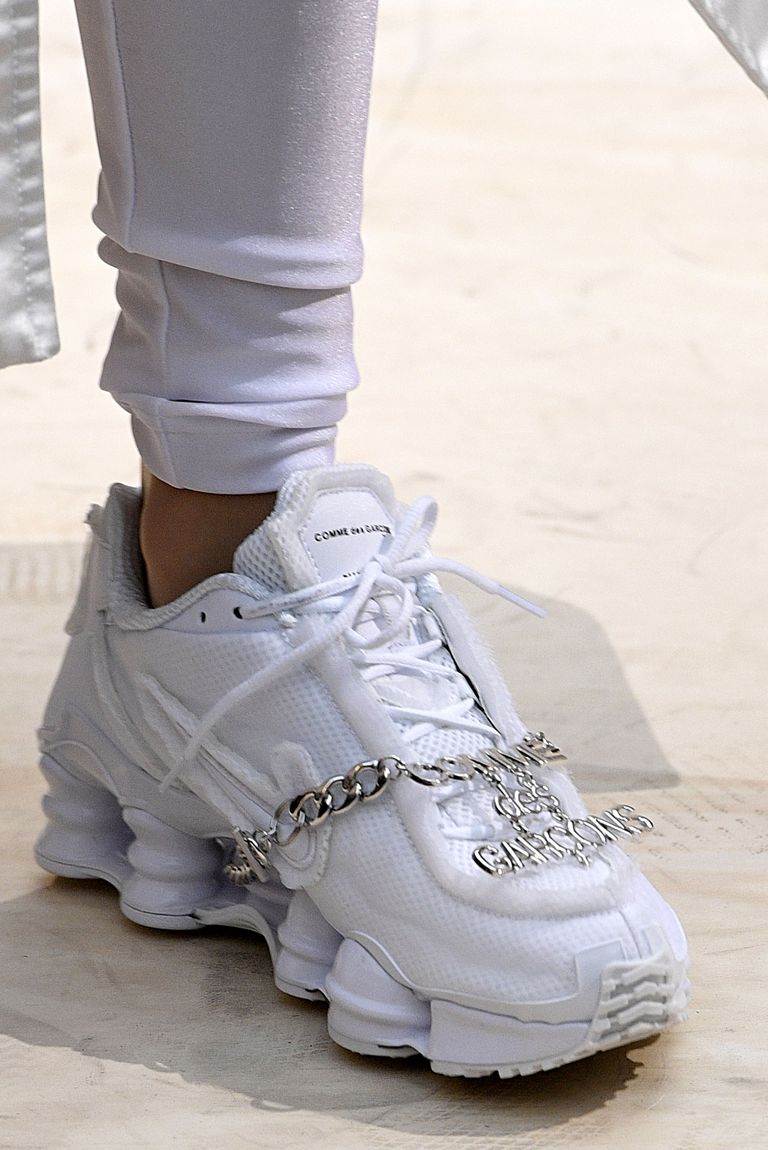 Is this a sign of things to come? Are Shox really back? Well...maybe. The look is about as distinctive as it gets, but it's right in line with what's (still) happening in the larger sneaker universe right now. Chunky is in. Technical is in. Ugly—in a good way—is in.

Shox are all three—though there's no doubt that some folks would debate the "in a good way" caveat on that last point. Plus, CDG has some major cultural credibility; if there's one designer label that could get the sneakerheads out there to reconsider their stance on an admittedly out-of-date technology, this is it.

Like we said, the shoes were debuted during a women's show, so there's always the possibility that they're not ever going to make it into the men's market. But both Nike and CDG have a habit of being highly strategic with what makes its way into the world. We'd wager there are more Shox to come. Get ready. 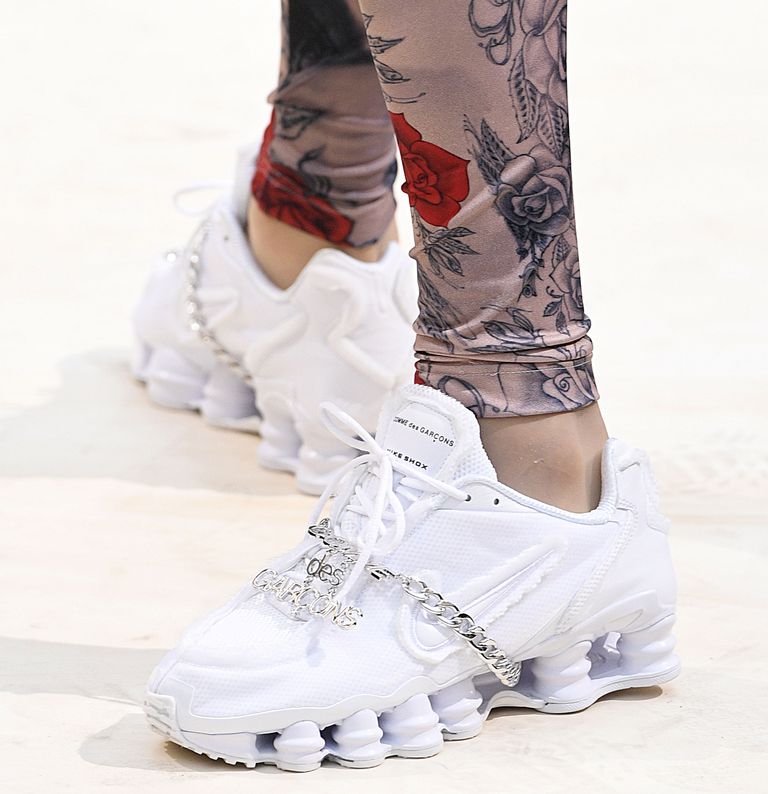 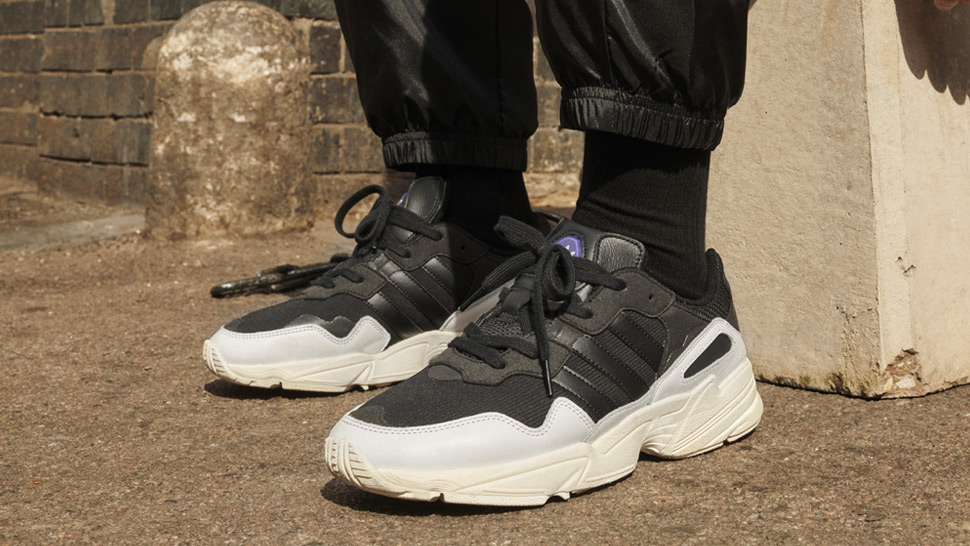 Lukewarm About the Chunky Sneaker Trend? The Adidas Yung 96 Might Work for You. 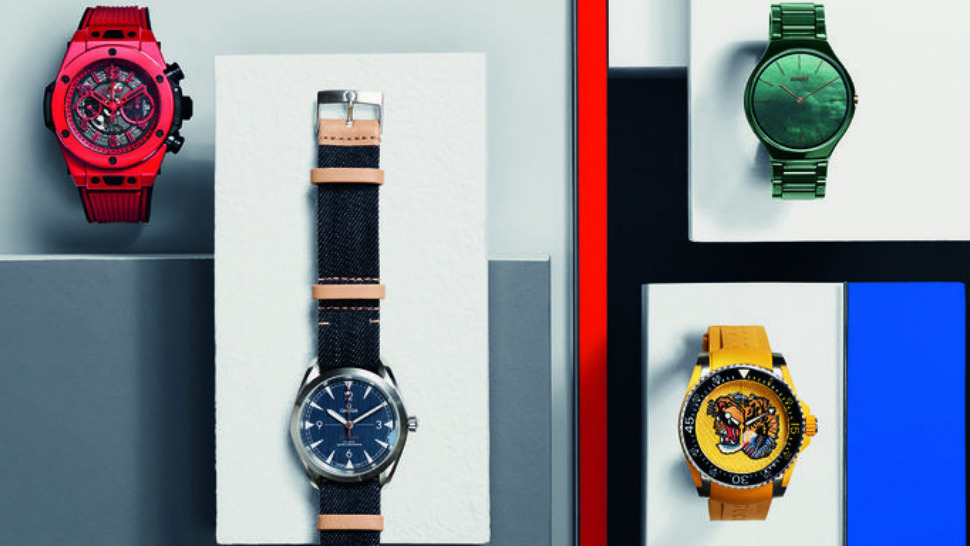 5 Bold, Colorful Watches To Brighten Up Your Wrist
All Photos
Comments
View As List