Will 'Blade Runner 2049' join the pantheon of Gosling's great style moments? The competition is tough...

We love Ryan Gosling's style. Sure, he did once wear a tuxedo T-shirt to a film premiere, but he's since evolved into one of the best-dressed men in Hollywood, with an unorthodox and unparalleled take on red carpet dressing.

He also seems like the kind of guy who would let you borrow his Gucci loafers if you asked nicely, doesn't he? He'd definitely want them back—understandable—but he'd still let you wear them, and that's what counts.

In his latest role, as the android-offing Officer K in Blade Runner 2049, Gosling looks set to add another stylish character to his canon, rocking a bold shearling jacket that might just rival the Scorpion bomber that was 2011's Certified Coolest Thing In The World.

With all that in mind, we've decided to count down Gosling's most stylish on-screen roles. Because that's our job. 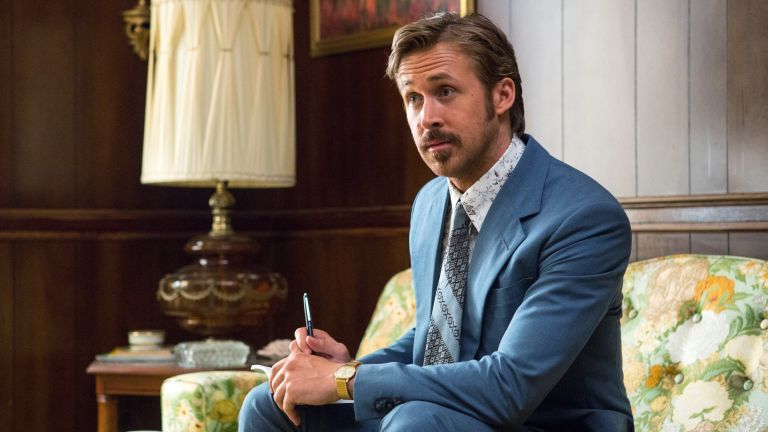 In The Nice Guys, Gosling plays a luckless private eye in '70s Miami, a landscape ripe with power dressing opportunities that include brown flares, gold chains, and 10,000 paisley-print shirts. Never without soft-tinted aviators and an outrageously lapelled suit, Holland March is one of Gosling's finest and funniest portrayals. He even gets away with wearing a brown tie. 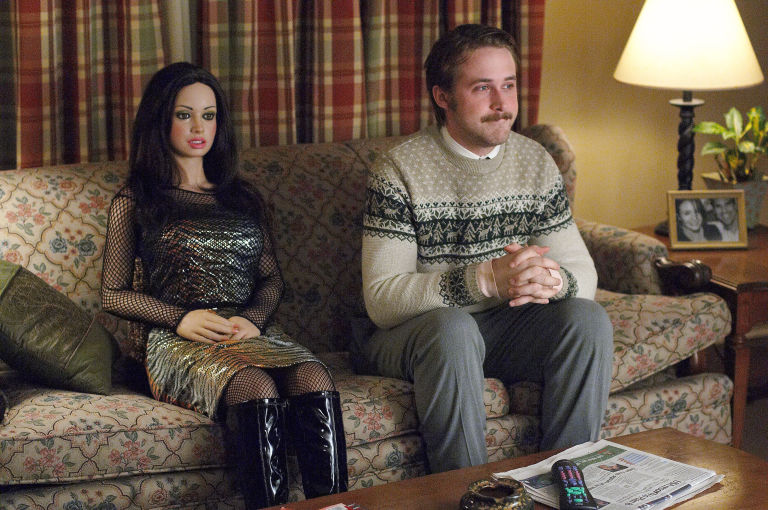 An unlikely style icon, Lars isn't exactly the crooked-smiled charmer of Fan Site GIF dreams (plenty more of those later on), but he is a man that knows exactly what he likes, and what he likes are patterned sweatshirts and the eternal love of an inflatable doll. Strong 'tache, too. 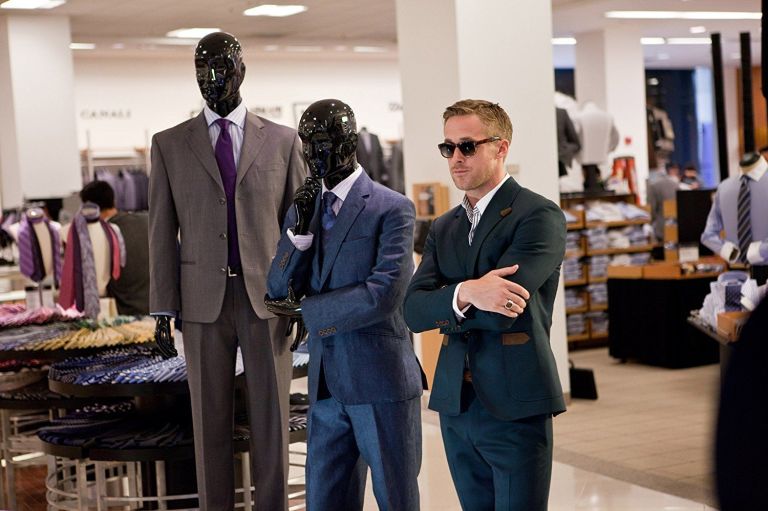 The film that made you afraid to drink with a straw and really want a green suit all of a sudden. This is Gosling as the shirtless, eyebrow-raising GIF lord of a million teen Tumblr dreams. Fair enough: It is all a little bit P.U.A: "Hey bby, I've been working out. Two buttons undone on my shirt? No problem." But he's a playboy with a CONSCIENCE. Plus, we do like that green suit. 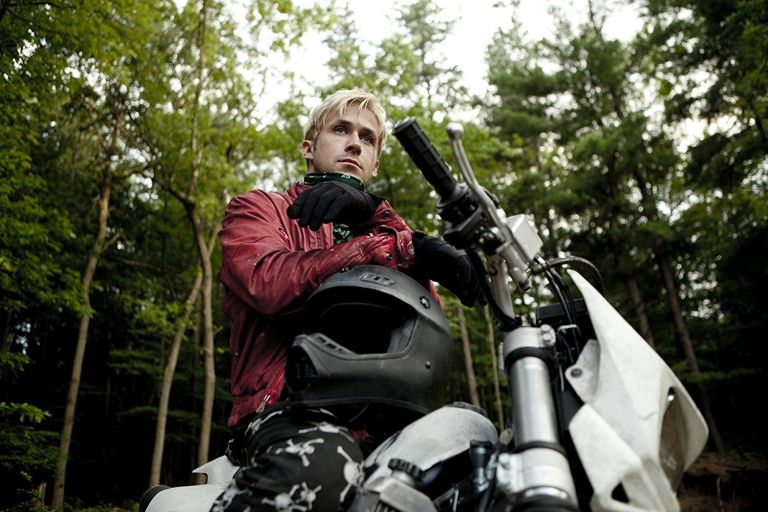 A sad boy stunt driver-turned bank robber with bleached hair, ironic tats, and tattier white T-shirts—Luke Glanton don't give a f*ck what he wears, he's just trying to provide, which obviously makes him pretty cool. We're still not sold on red leather jackets in any capacity, but at least it's way better than Brad Pitt's in Fight Club. That one sucked. 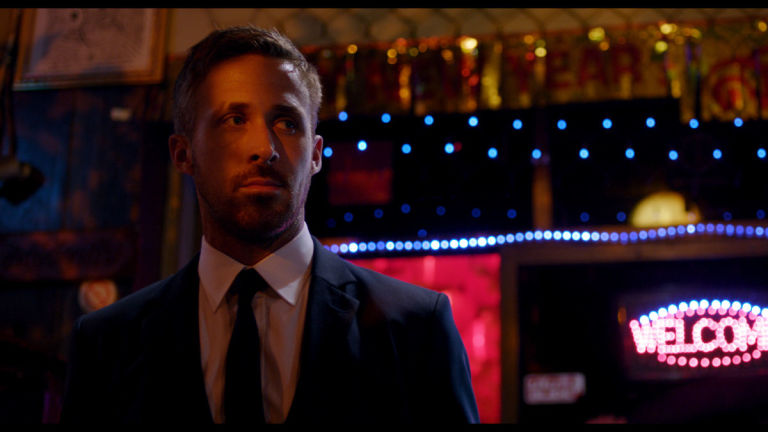 A bat-sh*t insane Drive follow-up from Gosling—a martial artist/drug dealer in this—and director Nicolas Winding Refn, Only God Forgives is a slithering descent into the neon badlands of Bangkok that makes no sense whatsoever, but does have some cool fight scenes. A film that thinks it's far smarter than it is, Gosling's lines can practically be counted on one hand (because it's, like, so visual, bro), which is to take nothing away from the the caliber of the navy suit that Gosling's mute protagonist rocks throughout. It's much better than the film, is what we're saying. 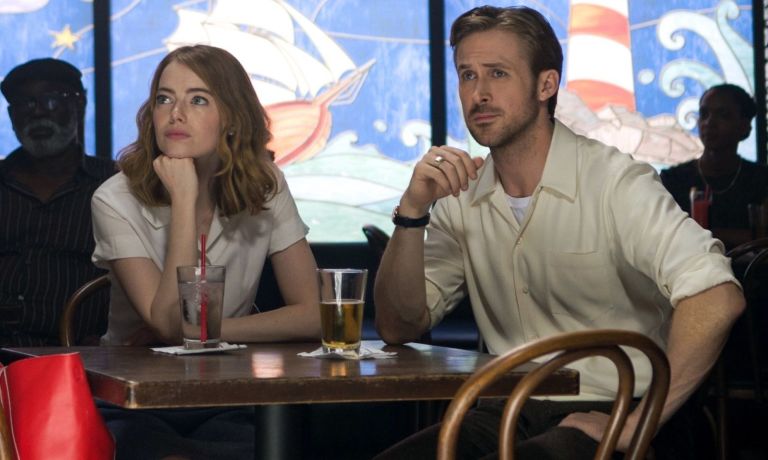 While it might not have quite been the all-singing, all-dancing old Hollywood masterpiece that gushing media types (not us, we hate everything) made it out to be at the time, La La Land was a good film that featured some even better outfits from The Gos. Camp collar shirts, wide-leg trousers, contrast-color brogues, and smart brown blazers, they're all in there. Looks that could have seemed twee or forced on most other actors, but on Gosling just seemed right. 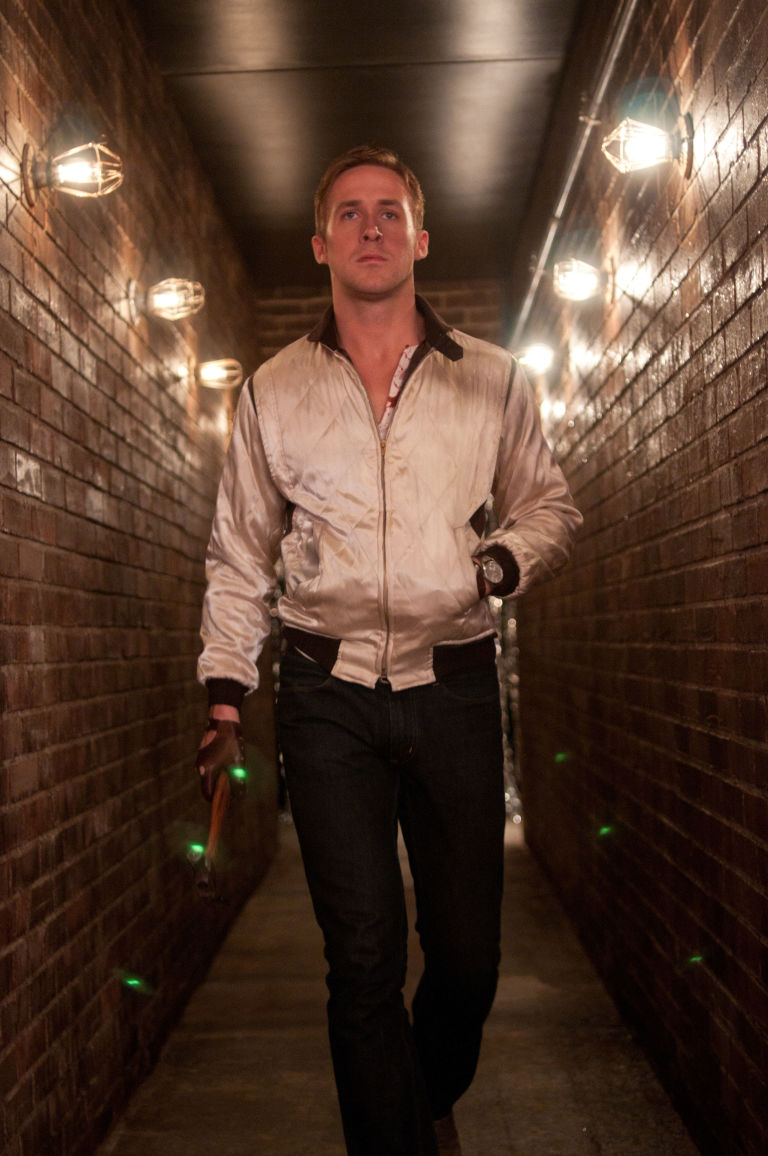 It's stony-faced Gosling driving down a dusk-lit highway. It's Gosling leaning in the doorway of a modest apartment, saying OK to a glass of water while gentle synth tinkles over head. It's Gosling wishing that he could leave all of this behind and just love you, gurl. It's Gosling, back-turned, staring deep into the polluted horizon of midnight L.A, his expressionless face glowing in the high-rise window. It's Gosling slinking into a lift and crushing a man's face like a pumpkin. The hammer dropping, Wham. Wham. Wham. It's Gosling in that satin padded bomber with the gold embroidery of a scorpion on it. It's Bryan Cranston choking on his own blood as the sun beats down. It's Ryan Gosling in Drive. Of course it is... 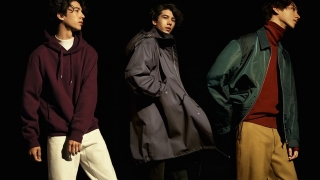 Uniqlo Is Dropping Another Awesome Uniqlo U Collection 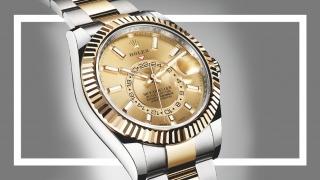