The Most Enduring Styles Of Filipino Stars

Cultivating a very specific look identifies you as you. 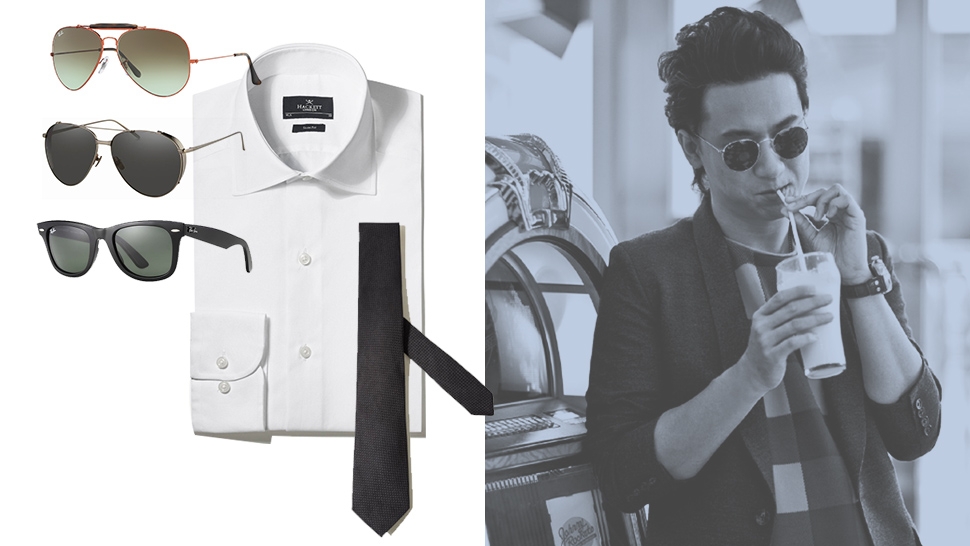 In today's showbiz landscape, many male celebrities often resemble one another, and while they’re not poorly dressed, they could certainly benefit from more variety. There are, however, a few discerning personalities that stand out from the crowd because of their style choices. Think Fernando Poe Jr. with his full pompadour and denim jacket or Ely Buendia and his shaggy hair and sunglasses. Here, eight sartorially conscious stars, then and now, and the specific uniforms they made iconic. 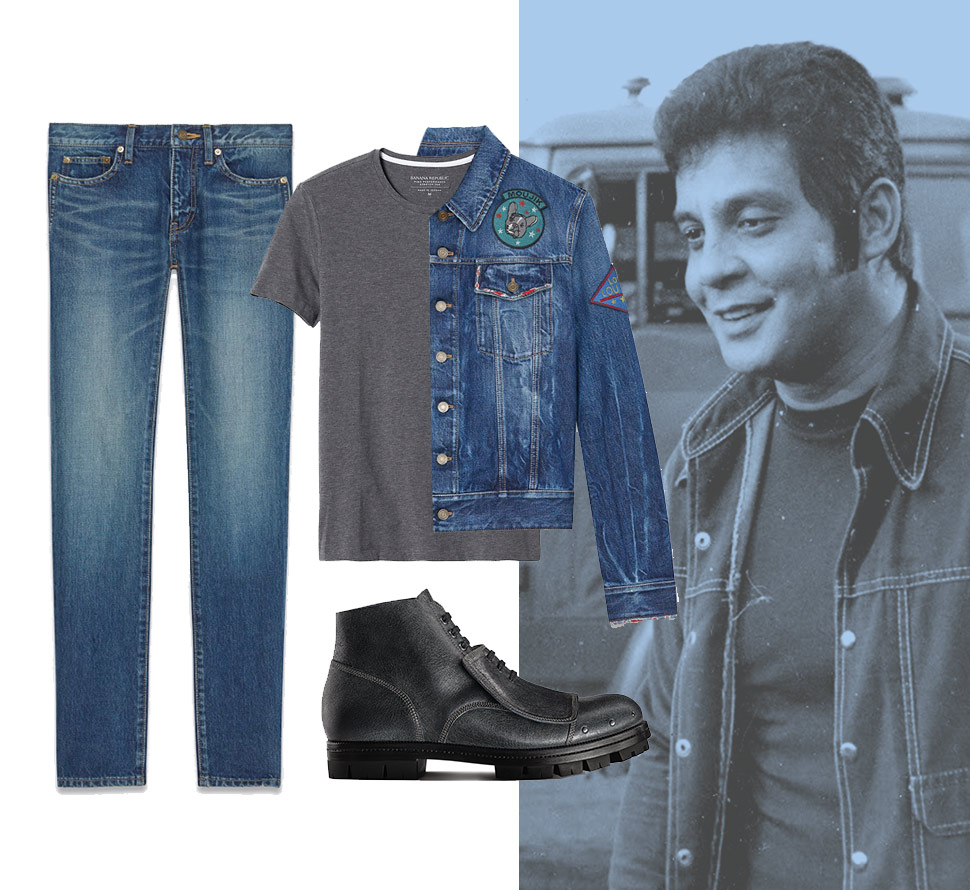 Fernando Poe Jr. was the all-Filipino hero, a bighearted icon who was revered and relatable at the same time. The image of FPJ saving the day—in his denim jacket and a full pompadour with sideburns—is one that has stayed with many people for a long time and will remain so for years to come. 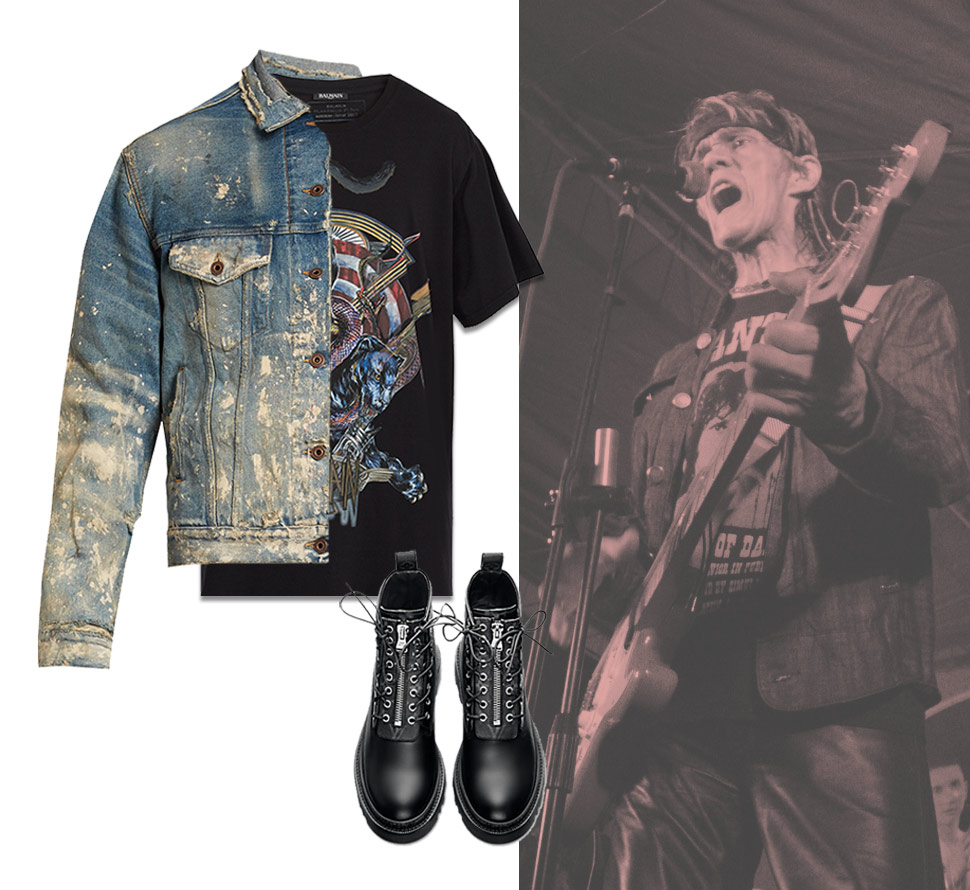 Rock-and-roll legend Joey “Pepe” Smith wore the many trends of ’70s counterculture, but he's most recognized for sporting a mullet and a faded denim jacket while crooning into a mic. You could call him Manila’s Mick Jagger, except he’s not—he’s his own person with a musical style that young ones can only hope to live up to. Whatever cool kids are doing these days, Pepe did it first. 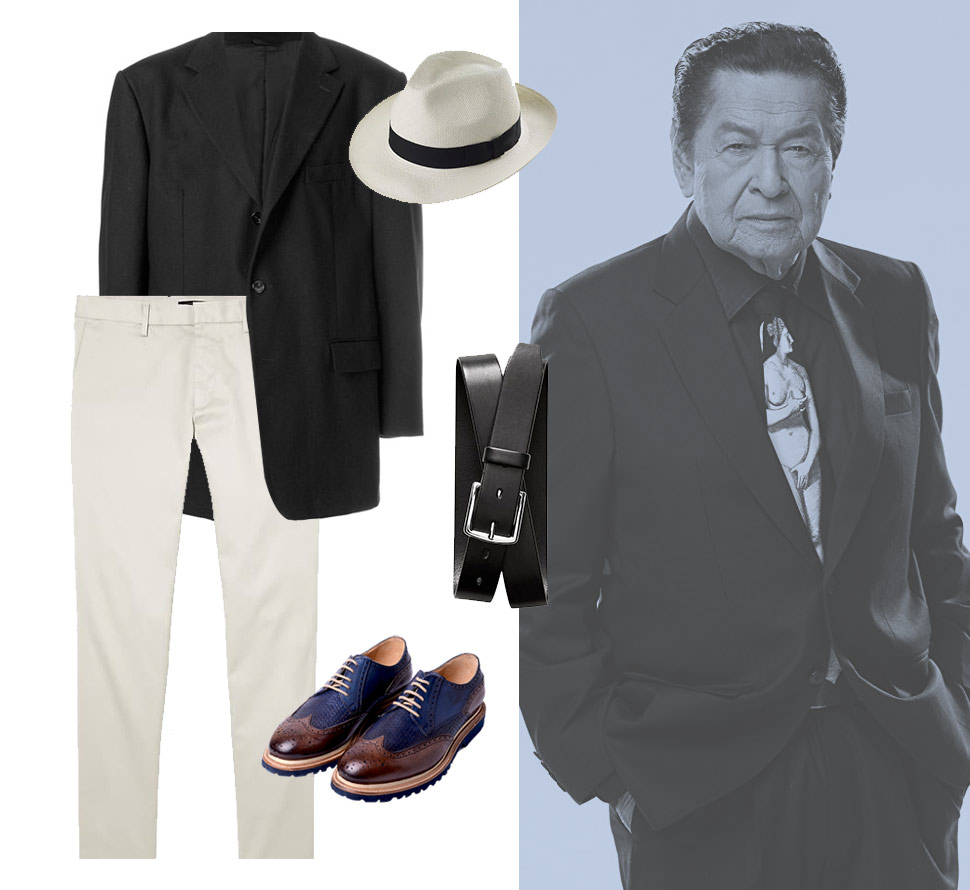 Every hero has his antithesis. While Fernando Poe Jr. was the quintessential good guy, nobody did villain better than Eddie Garcia. But even if he played the bad guy, the actor possessed a certain likability and charm. No one else channeled gangster lord quite stylishly than Manoy, holding a cigar, dressed in a boxy blazer and a Panama hat. 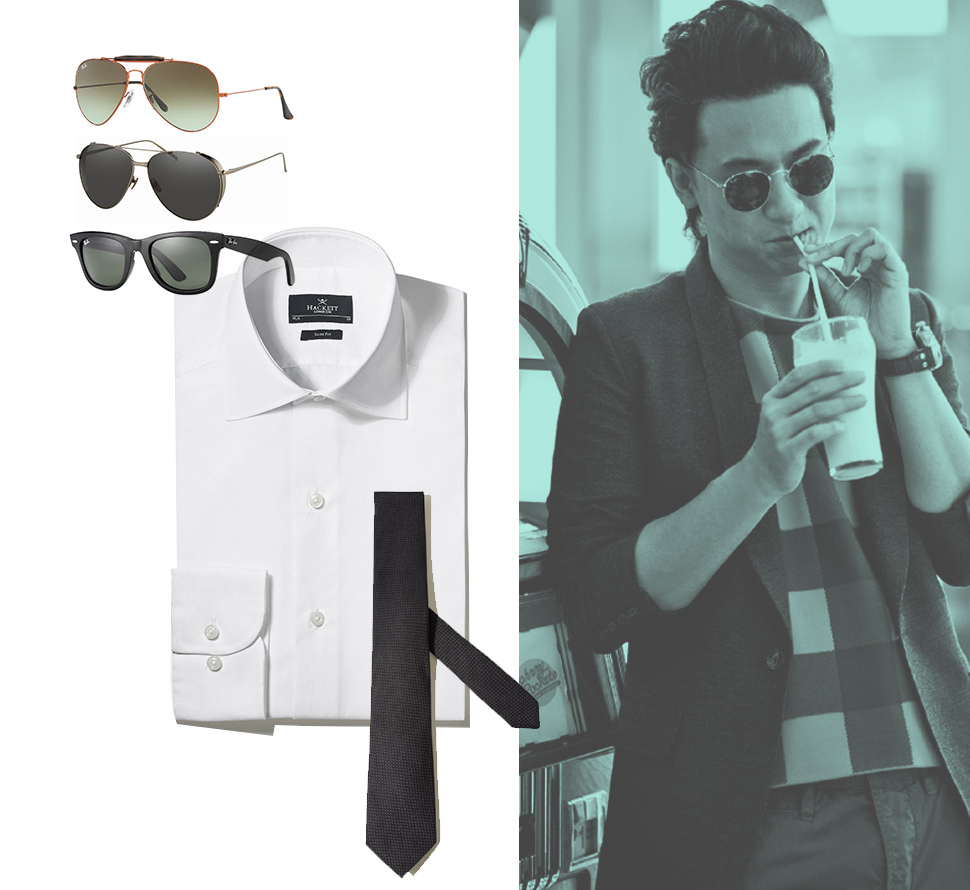 As the frontman of the Eraserheads, Ely established himself as the Everyman’s rock icon who created some of the country’s most cherished Pinoy anthems. His style has only gotten better over the years, growing into an easy cool with his Beatles-esque shaggy crop. Ely knows his glasses, too, donning just about every kind, from Wayfarers to aviators. 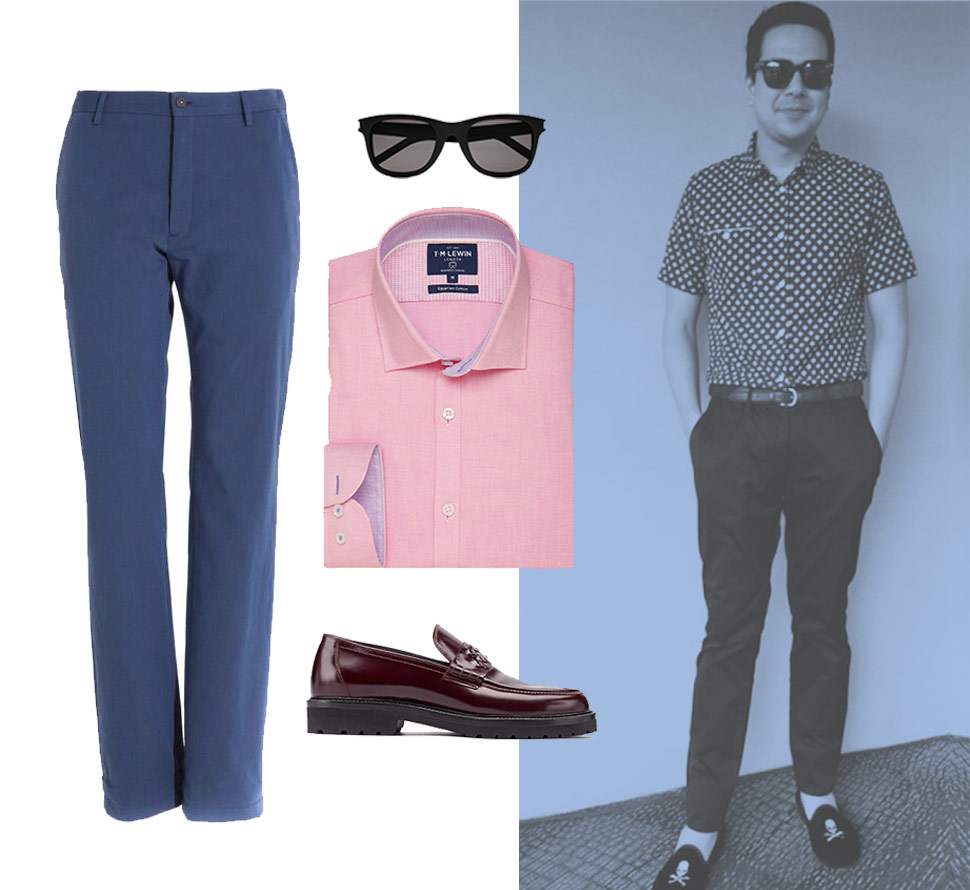 On-screen, he broke the hearts of women with his vulnerable acting. Off-screen, he’s established himself as a style reference for men. John Lloyd popularized the no-socks and loafers look and also favored a certain silhouette, slim shirts with trousers. The actor and art collector is unafraid to push boundaries as seen in the roles he has taken, as well as his hair choices, which includes a buzz cut and a variation on the mohawk. 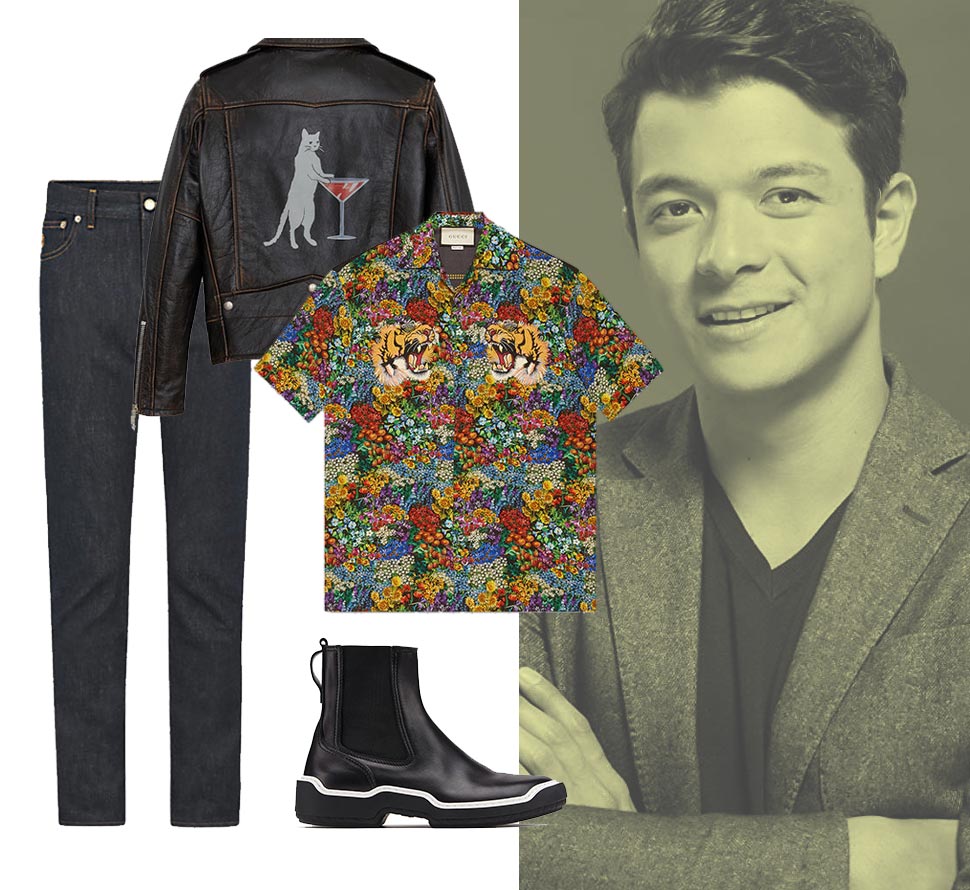 Jericho Rosales is a cool guy: He rides motorcycles and surfs, and the way he dresses is a reflection of that lifestyle. You can catch him in a leather jacket with tousled hair while cruising on his café racer, or spot him on the shores of La Union, Hawaiian shirt and all, with a surfboard in tow. 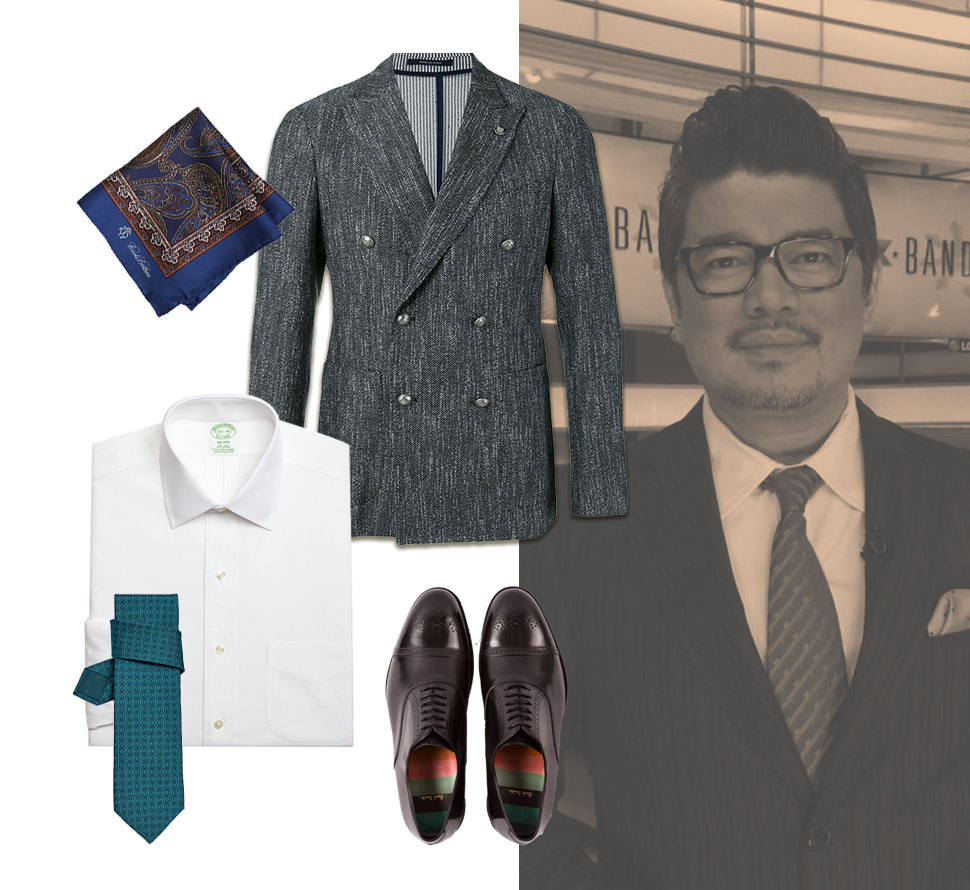 The fashion sense of newscaster Julius Babao is unexpected, to say the least. But truth be told, he’s a pretty discerning gent when it comes to clothes. He delivers the nightly news in a bespoke double-breasted suit with peak lapels and a pocket square plus oxfords. When he’s off-duty, he switches into streetwear, dutifully wearing brands like...Supreme. 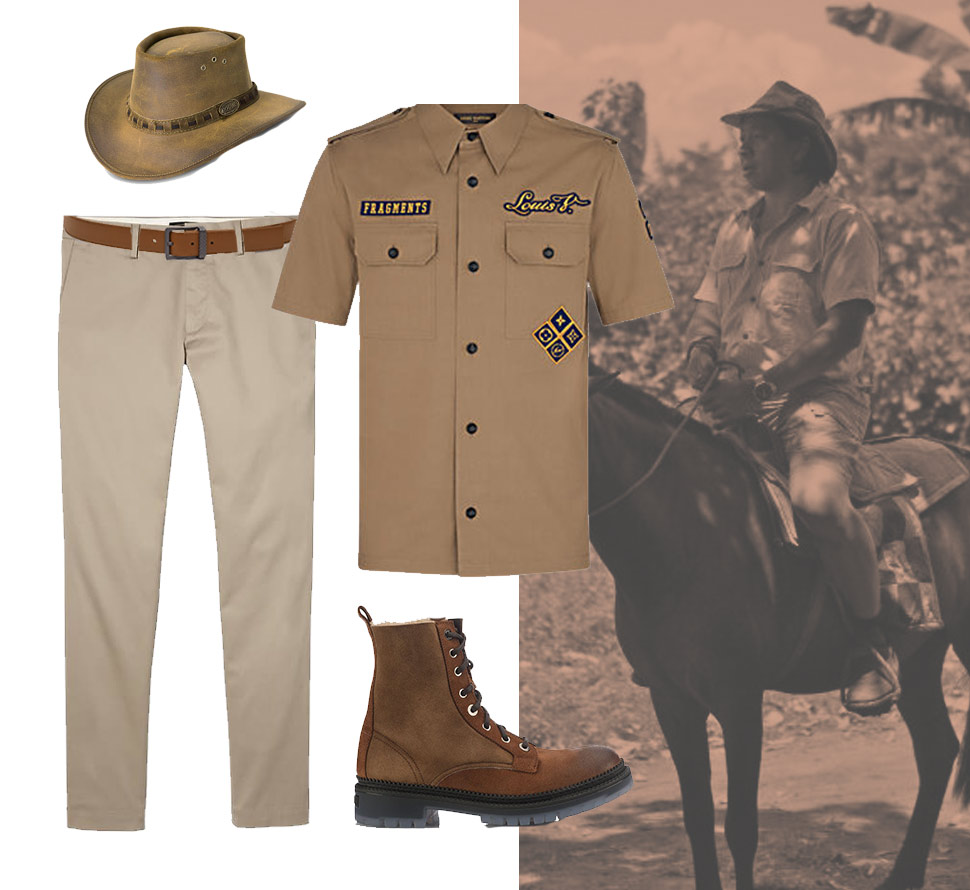 While TV’s Kuya Kim may strike you as a Pinoy Steve Irwin rather than an Indiana Jones, his signature khaki ensemble, safari hat, and boots have a lot more going than meets the eye. Utilitarian in nature, his safari shirts feature epaulettes, pleated pockets, and a belt, all details that recall the soldiers that traditionally wore them. His is also a tropical take on the weekender look. 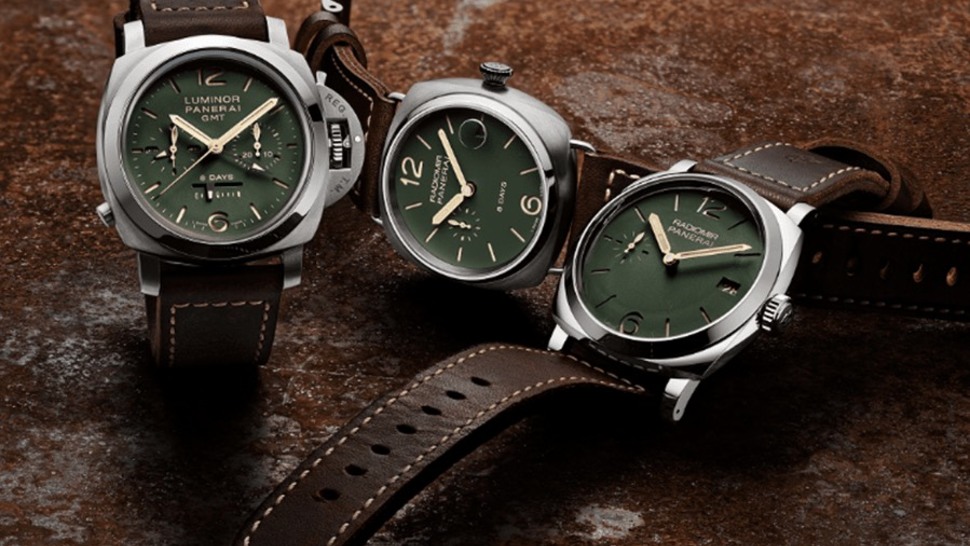