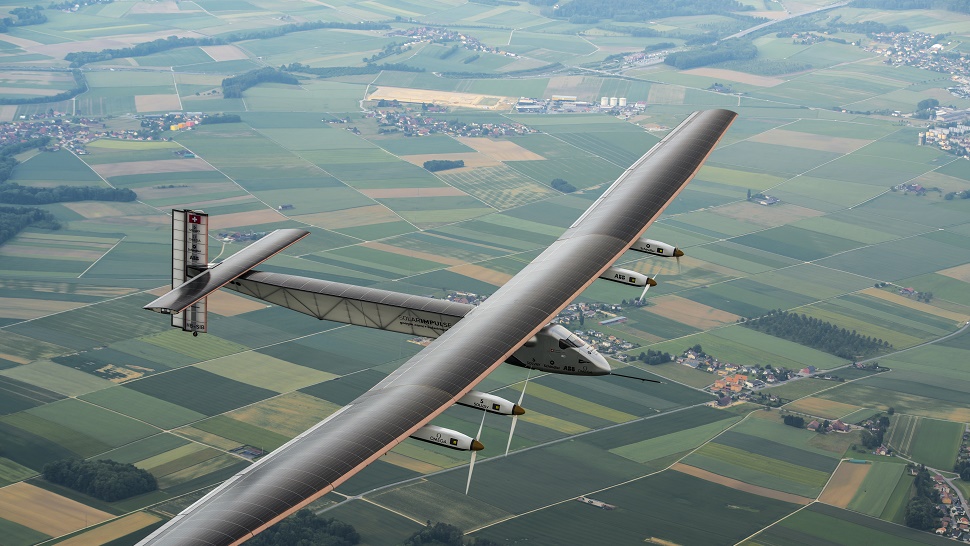 The first solar-powered flight to go around the world took off in March 2015 for a five-month-long journey. To celebrate this milestone made possible by Omega, the company launched the newest and most covetable piece in its Speedmaster family yet.

The Omega Speedmaster has always been a favorite among timepiece connoisseurs because it is remarkable and unmatched—from its history to its production continuity down to its quality of construction. But if there’s one thing the Speedmaster is truly famous for is that it was the first watch to have landed on the moon (along with Apollo 11 in 1969) because it was the only flight-qualified watch to have passed NASA’s testing standards. Today, the Speedmaster remains to be the only non-quartz watch allowed by NASA for manned spaceflights.

Today, the Speedmaster remains to be the only non-quartz watch allowed by NASA for manned spaceflights.

The Speedmaster takes on another legacy in flying with its partnership with the Solar Impulse project, an endeavor once doubted by many, but to which Omega found great potential. The project completed the construction of an HB-SIA aircraft designed to fly without fossil fuel in 2009. In 2015, the plane took off from Abu Dhabi and over five months, traveled to Asia, North America, and Southern Europe, making it the first solar-powered flight to circumnavigate the world.

“Our partners have clearly demonstrated what can be accomplished through imagination, vision, commitment, and innovation. The fact that we are flying around the world without using fossil fuels is incredible,” says Stephen Urquhart, president of Omega. “Solar Impulse will prove that there really are viable alternatives to non-renewable resources.” 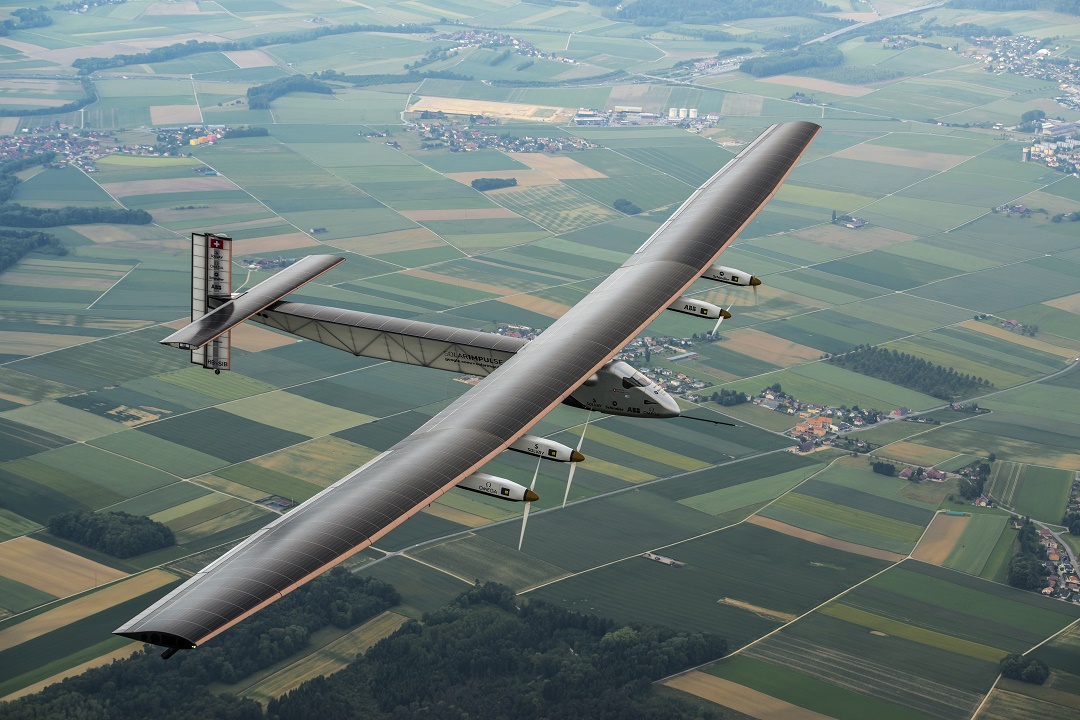 HAIL THE SKYWALKER: by Omega, the HB-SIA is the first aircraft designed to fly both day and night without fossil fuel. Traveling across Asia, North America, and Southern Europe, it completed the first solar-powered circumnavigation of the world in five months.

As with most of the brand’s many undertakings, Omega has given more than just capital to make the Solar Impulse project possible, and more importantly, provided it with technological support—starting from a test bench that was used in the development of electrical equipment to the lightweight landing lights system that allows the visibility of day even at night and a number of instruments used in-flight that are meant to assist pilots in landing and navigation, among others.

Aviation and timepieces have always had their histories intersect. The Solar Impulse round-the-world journey is without a doubt another milestone in the histories of both, thus Omega has launched the Speedmaster Skywalker X-33 Limited Edition, a new timepiece that proves useful to it its pilots as much as it commemorates such achievement. “What they have already accomplished, from a technological standpoint, is remarkable but their lasting legacy is likely to be raising the awareness of clean alternative energies and communicating their benefits,” adds Urquhart. “We are pleased that the watch is so well suited to the needs of the pilots but I think it’s fair to say that Omega’s contributions will have even longer-term implications.” 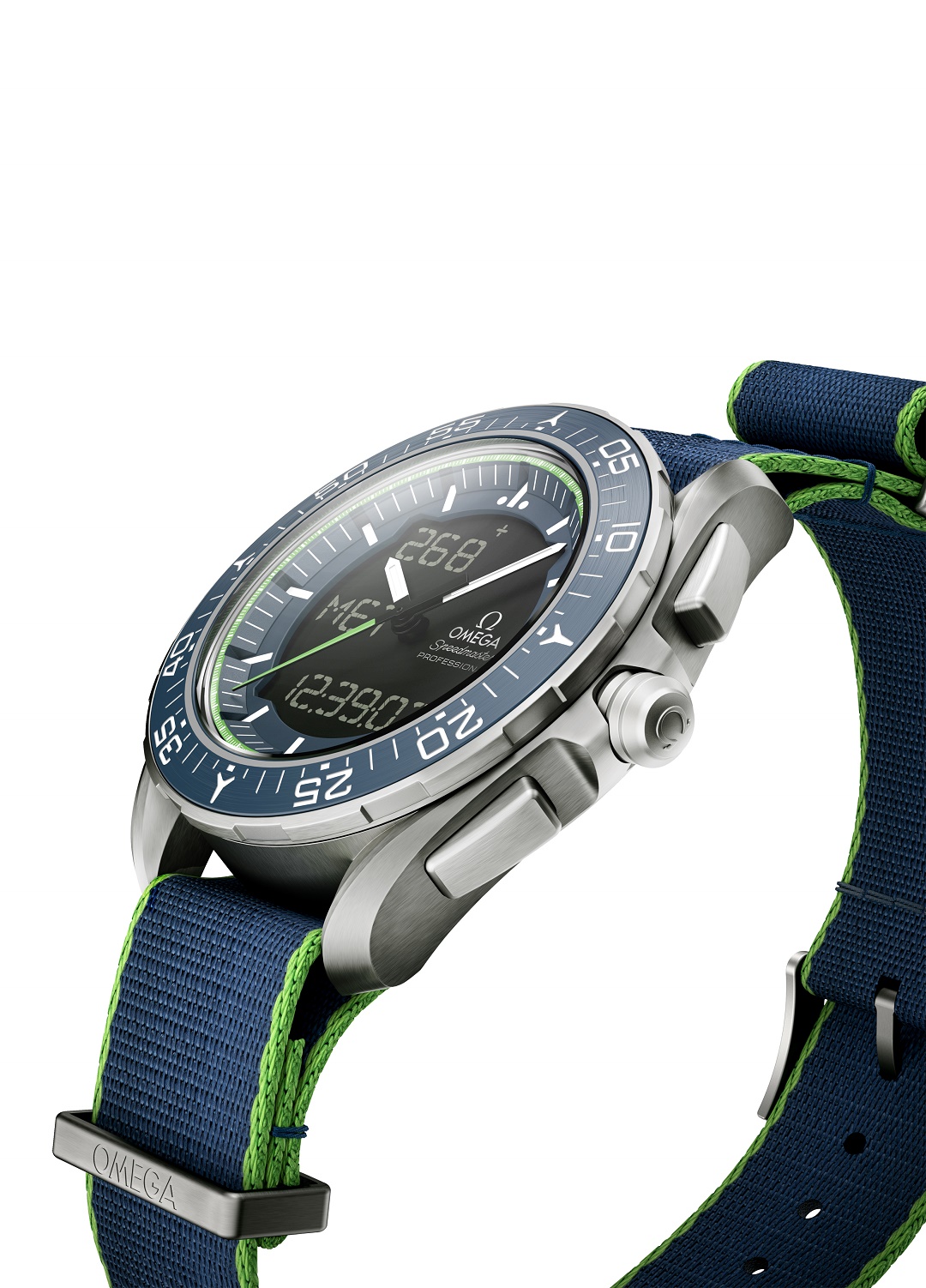 The Speedmaster Skywalker X-33 Limited Edition is an astronaut watch that features a multi-functional quartz chronograph movement and Omega calibre 5619 with a thermo-compensated integrated circuit. Tested and qualified by the European Space Agency, it has a grade two titanium back and skeletonized black and white hands that are Superluminova coated making it glow green in the dark. It offers both analog and digital displays of time, apart from a multitude of other functions like multiple alarms, ringtones, time zones, chronograph, and perpetual calendar.

Honoring the year that the first round-the-world flight was accomplished, the Speedmaster Skywalker X-33 Limited Edition is produced in only 1,924 pieces.

Honoring the year that the first round-the-world flight was accomplished, the Speedmaster Skywalker X-33 Limited Edition is produced in only 1,924 pieces. The Speedmaster family is already legendary in itself. This new addition, however, is 42mm of history you won’t ever find again.

This article originally appeared in our April 2015 issue.