How This Woman Conquered Her Aneurysm and Rebuilt Her 'Second Life'

After her craniotomy, Jeena Llamas was back to work in less than two weeks. 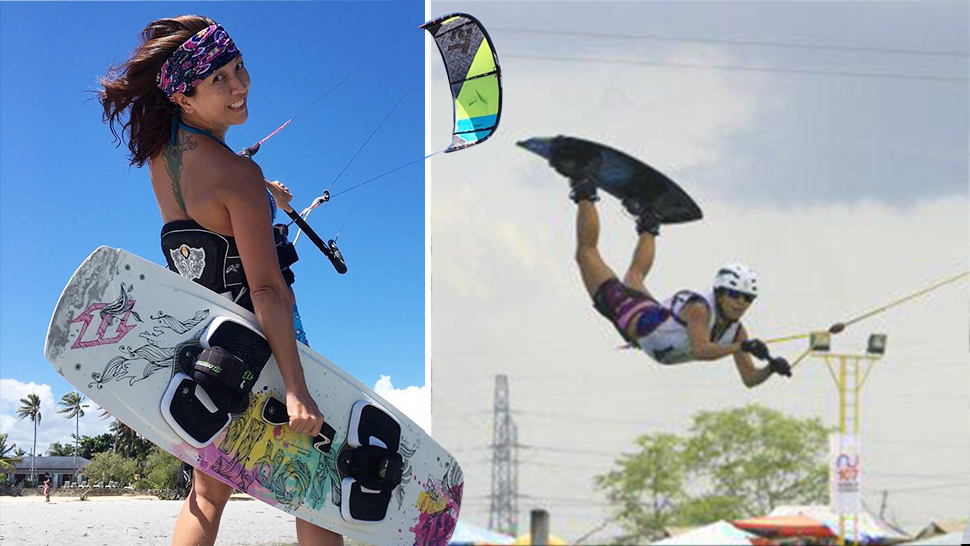 Back in March, the New Yorker released a feature written by Game of Thrones actress Emilia Clarke, detailing how she suffered from two life-threatening aneurysms in between filming the award-winning series. While many readers sympathized with the actress, Jeena Llamas related to her on a different level, having had a craniotomy, or the invasive procedure of opening one’s skull in order to have her aneurysm taken out, just 20 days prior to the article’s publishing date.

Although Llamas tends to shy away from the spotlight, she decided to share her journey with Town&Country to put the spotlight on the early detection and swift treatment of fatal aneurysms.

Ever since she was a child, Llamas has had an adventurous spirit. Her high school classmates at Assumption College dubbed her “Jeena, Jump and Roll.” In her adulthood and into her first pregnancy, she made a pact with herself that she wouldn’t let motherhood get in the way of her active lifestyle, which involved extreme sports. She’s dabbled in everything from paragliding and kiteboarding to wakeboarding, and her time outdoors has rendered her more physically fit than others her age. “I always had to be outdoors, and I never got sick,” she tells T&C, “My worst was a sinus operation where they just had to clear my sinuses about ten years ago.” 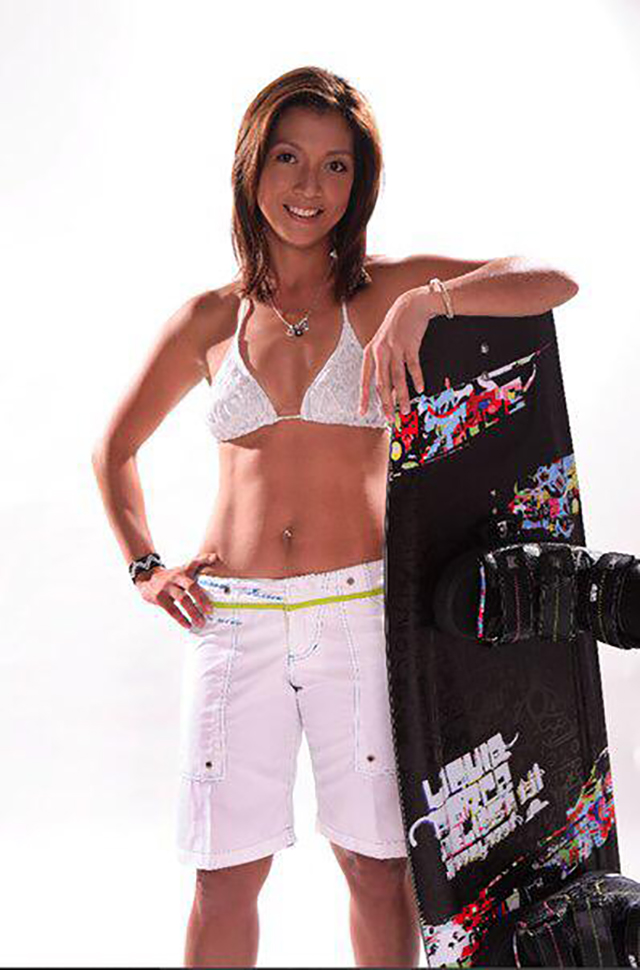 While others start their executive checkups at age 40, Llamas had her routine checkup two years earlier than the average age and was relatively healthy. In her 45th year she discovered she was hypertensive, but she shrugged it off. “I didn’t feel anything, I didn’t have any physical symptoms so I didn’t think I was sick. I didn’t need to take my medicine,” she admits.

Later, when she got a bad headache, she knew her laidback response to her condition was catching up with her. “I had a headache and it wasn’t a hangover,” she says, “It was like my whole head was painful and it wasn’t going away. It wasn’t throbbing but it just wasn’t going away.” After taking two Advils, the pain stopped, so again she decided it was nothing to worry about.

A month later, she visited her cardiologist, confided about her out-of-the-ordinary headache. The doctor suggested she visit a neurologist and get an MRI, just in case. The MRI results came back and Llamas was told she had an aneurysm. Slightly panicked, she consulted her neurologist who assured her aneurysms weren’t a death sentence and that some people could live with aneurysms their whole lives, but this doctor recommended the next step in monitoring her condition by getting a CTA scan. Since the orders weren’t a hurried request, Llamas put them off until days became months and half a year had passed. Fast-forward to the holidays and she coincidentally ran into the neurosurgeon her neurologist recommended at a Christmas party. She casually mentioned she meant to set an appointment with him but again, “life happened.” The holidays passed and after the New Year, Llamas finally had her CTA scan.

“You do have an aneurysm and what I see it has a statement of impending rupture,” her doctor told her. He explained how her aneurysm could rupture at any time, which measured at 4 ½ by 3 ½ mm. While the doctor did explain there was an 85 percent success rate of saving patients with ruptured aneurysms, he advised Llamas to do one more investigative scan. Llamas says her mind began racing. “I was all alone so I processed that information alone.” 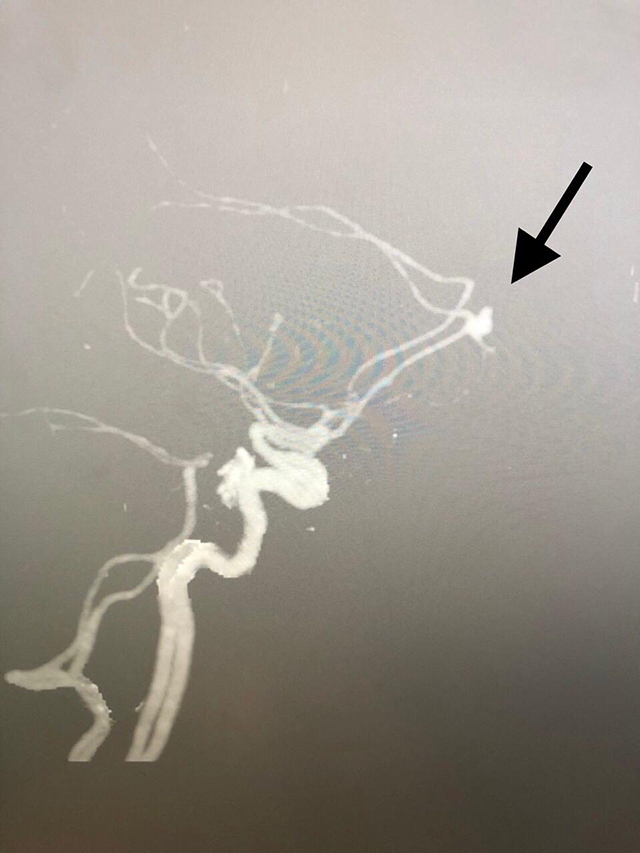 An arrow points at the irregularity of Jeena's aneurysm

There were two procedures possible: non-invasive and invasive. The former, also known as endovascular coiling, is done to treat both ruptured and unruptured aneurysms. In this case, a catheter is inserted into the femoral artery and is passed through the artery containing the aneurysm. A soft platinum coil follows and fills in the aneurysm cavity. The invasive procedure, or craniotomy, involves sawing part of the skull, temporarily taking out a bone flap, reaching for the aneurysm, and clamping the bone back to the skull.

Llamas was initially told that the latter, an invasive procedure, was recommended for her condition, given that the shape of aneurysm resembled what they called a tit. The next scan, a CTA angiogram, was to ensure that this decision was the right one. But because of panic and the suggestions of other doctors around her, she set her mind on canceling the precautionary scan.

A natural mathematician, Llamas says she is usually a very calculated person who looks at everything from the side of logic and reason but this time, the circumstances had gotten to her. “Everyone’s relying on me but then what’s going to happen? Everything was going to collapse,” she thought. She thought of her children—her son away at boarding school and her two younger daughters she still had to plan a future for.

The words of her neurosurgeon gave her clarity once again: “Focus on me.” After finding her footing, Llamas went on with the scan a week later and the options were on the table once more. “We can coil it but you would have to be on blood thinners for the next six months—or we’ll open your head straight away,” she recalls her doctor telling her. “The sooner you deal with [your aneurysm], the sooner you can get back to your life,” she was told. 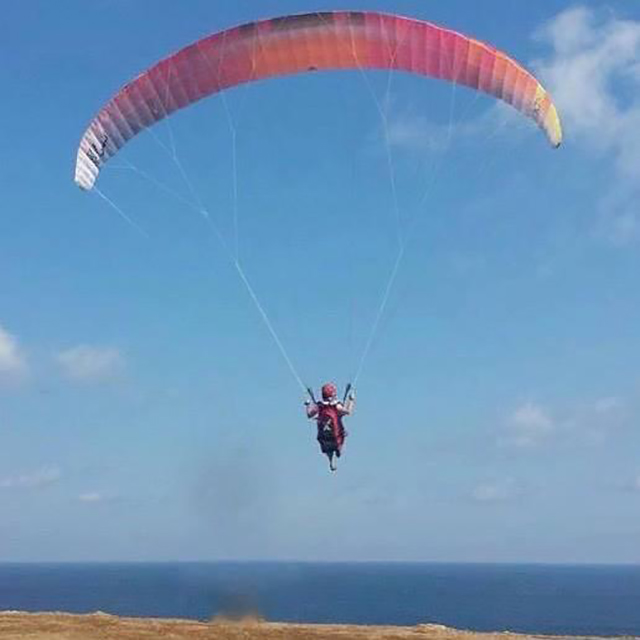 Jeena has grown accustomed to a lifestyle of constant travel and extreme sports.

Surgery day. Llamas could not have her mother and siblings accompany her to the hospital but her children and her friends rallied behind her. It was a party at the hospital suite: “We were 15 in the hospital [room] before they wheeled me out—we had a party there. We went to mass together,” she says.

Llamas has always been known for her independent spirit and had grown accustomed to being the one taking care of everyone, but this time, the tables were turned.

"I'm always the stronger person but this time I had to turn over care and worry to my friends," she says. Before going into surgery, she used humor to explain her condition to her Facebook friends. "Everyone was talking about Marie Kondo so my post was, 'if it doesn't spark joy, remove it.'"

Before she knew it, her phone was beeping with loving and positive messages from friends.

As zero hour approached, Llamas bid her friends goodbye in a casual manner. “Oh, guys, I have to go, see you later,” she told them. Her partner, two best friends, and daughter walked with her and at the last minute tears were shed. When she entered the operating room, Llamas made jokes until the very end to lighten the mood and hide the fact that she was crying. “I didn’t want to go in feeling negative or scared,” she says, “I wanted to go in as my lively self.”

Pre-surgery, Llamas insisted that two of her neurosurgeons be present in the operating room, in case anything happened to her. She was keen on having two pairs of eyes and hands on board during the surgery. A friend, a dental surgeon, also decided to scrub in. Her friends were fed blow-by-blow updates of the events in the operating room.

An hour and 15 minutes later on a Friday night, the surgery ended. Not too long after, she was cleared to leave the ICU and go back to her room. On Saturday night, she was told to sit up if she could manage, and by Monday, she was back home. Less than two weeks later, she was back to work. 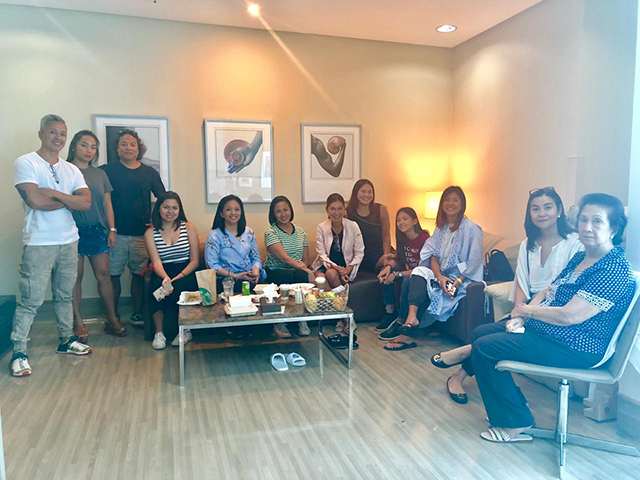 A photo of Jeena with her friends at the hospital suite

While the worst is over, Llamas has become more conscientious about monitoring her health and taking her medication since a second aneurysm was detected. She has managed to convince one of her own friends to have an aneurysm checked on as well. She leaves us with these words of advice: “Don’t take your health for granted—it’s always important to be proactive. There’s a reason why executive checkups start at 40. Maybe if we were to live a more natural, provincial life, we wouldn’t have stress and our bodies would be different but because we live in the city, our bodies get older sooner.” She advises being more mindful of what people consume, as she herself lives a “semi-organic life.” 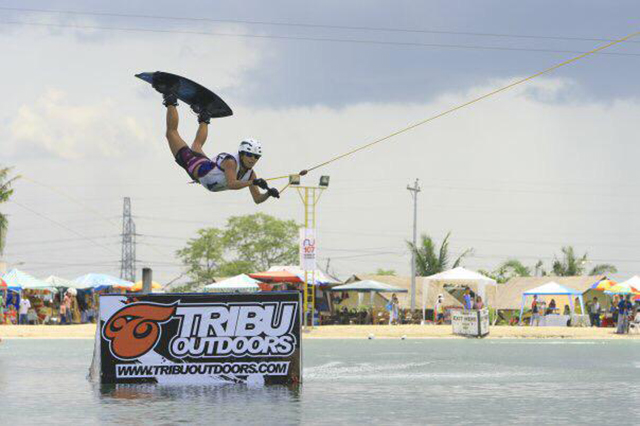 Since the operation, she was told to keep everything in moderation until the swelling goes down. “It’s a self-regulating thing—so this is the second stage in my life.” Though this fearless woman still dreams of one day flying a plane to go around the Philippine islands, she’s made a conscious decision to pay attention to her health. “Just because you don’t feel like you’re 40, doesn’t mean that your body isn’t 40,” she says. 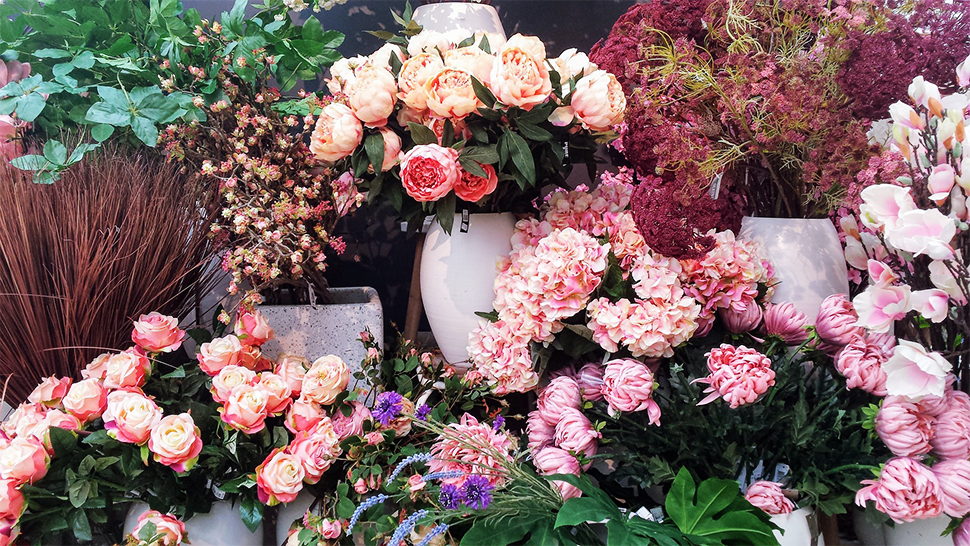 Where to Get Exquisite Bouquets And Other Floral Arrangements in Manila 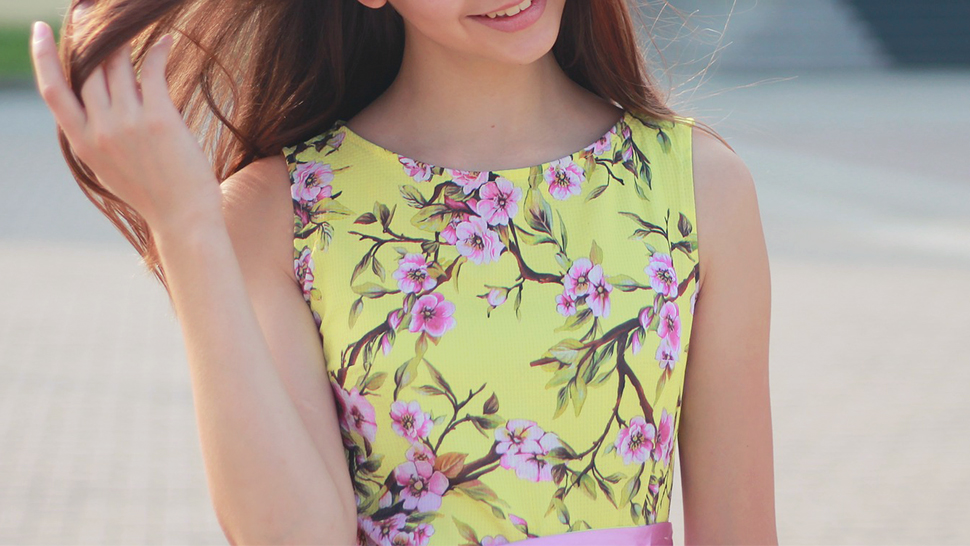