Never ever should you demand an explanation for not being invited to a party. 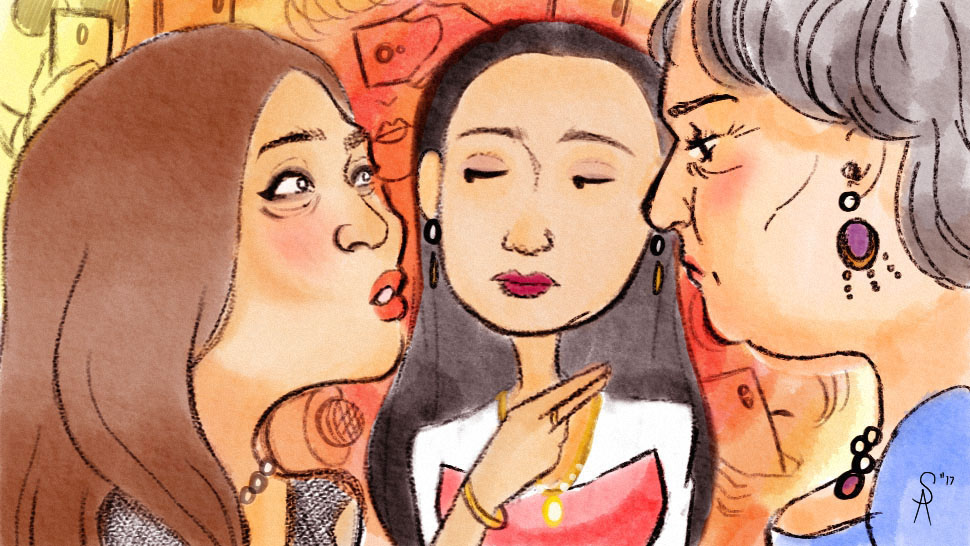 The most famous Truly Rich case of being snubbed was the story of Astor versus Vanderbilt.

During the Gilded Age, the Astors were considered the most eminent family in New York society, while the Vanderbilts, though moneyed, were regarded as nouveau riche.

Alva Vanderbilt sought to remedy this situation by hosting an over-the-top housewarming party at her new French-style mansion at 660 Fifth Avenue. And guess who didn’t get an invitation? One Miss Carrie Astor, daughter of Mrs. Caroline Astor, the grand dame of New York.

Calling upon the rules of society (and her masterful guile), Vanderbilt said she could not send her an invitation because she had yet to be invited to the Astors'. Mrs. Astor took a deep breath and invited the lowly Vanderbilt into her home. In doing so, she welcomed an outsider into the Truly Rich fold. The invitation for Carrie arrived soon after.

What you should never ever do is confront the hostess in public and demand a reason why you were not welcome.

Well, we’ve all been there. I, too, never received an invitation to the annual Sinfully Christmas Soiree—a fancy dress ball for the benefit of sinners—of a Truly Rich Charitable Lady.

Like Carrie Astor (except poorer), I waited and waited until the day of the party. Perhaps it got mixed the mail service? I thought. It would be a physical invite, of course, and maybe mine was extra special and needed more time to create. On the morning of the event, there was still no invitation. I wondered why I, a close confidant of Charitable Lady, who had once helped her with a mortifying problem, was not invited to her party. The invite never came, and so I spent that night arranging and rearranging my vanity table.

Much later, when the subject came up in casual conversation, I found out it was a simple case of forgetfulness. Amid the hubbub of putting together her most elaborate party ever (there was a fountain that sputtered gold-colored chocolate and non-flying parrots that were trained to squeak, “Sinners!” at particular intervals), the hostess had forgotten to add my name to the guest list.

She, in fact, had been wondering why I hadn't shown up and felt hurt that I had supposedly snubbed her. But all is well now. I sent her a filled to the lip with very bitter to help fix her memory gap. We have smoothed things over, but I will never forget this.

Those are two ways of handling being snubbed: Finagling acceptance for yourself, as in the case of Mrs. Vanderbilt, or going quietly into the night, arranging and rearranging the tubs and bottles of La Mer and Clé de Peau on your dresser with so much force that may cause one to shatter.

But what you should never ever do is confront the hostess in public and demand a reason why you were not welcome. In my life, I have only witnessed this once: A very minor new rich socialite had the gall to accost the Oldest Doyenne of All Time at the well-attended Purplish Gray Star Charity Ball.

Because it made my skin crawl and veneers hurt, I could not bear to witness the entirety of this confrontation, but I saw enough to know that the minor socialite had thrown a major fit: She named peers and questioned their invitations (“Why were they invited and not I?”), and later on inexplicably burst into tears.

As expected, Oldest Doyenne was not rattled nor bothered. She let this creature melt down in front of her and, when it had finished with its rant, simply responded, “I am sorry, but I do not know you.” After giving the red-faced socialite an icy once over, the old lady slowly turned away, leaving the other party with the clatter of gold bangles and the swishing of a heavy gown as the background music for her final humiliation.

It is the equivalent of social suicide. She might as well have announced that: 1.) She does not have a Truly Rich Fortune (for her manners reveal her true person), 2.) She was beyond desperate, and 3.) She did not belong there.

As to why she had not been invited to Oldest Doyenne’s party, I heard through the grapevine that she simply had never been on the old lady’s radar. In the galaxy of supernovas, the minor socialite was but a speck, the littlest pockmarked pebble floating in the void. Why would it even cross anyone's mind to invite that? 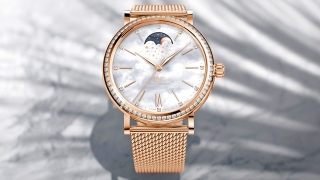 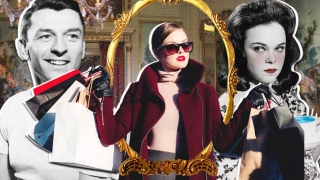 Etiquette for the Nouveau Riche
All Photos
Comments
View As List